What Are The Best Jackpot Scenes In Movies Casino and gambling scenes in movies are not uncommon. In fact, we’ve seen entire blockbuster movies that are based around the casino industry.

Due to the excitement of gambling and winning huge prizes, slot scenes have always been fun to watch. Slot machines dominate the casino space and winning the ultimate jackpot has been the goal for every player that entered the casino doors. If you don’t know what is a jackpot, you can learn more about it here.

Seeing somebody winning a lot of money on a single spin is exciting and sparks up your imagination, which is why we decided to highlight some of the best jackpot scenes in movies.

What Happens in Vegas

Unlike most casino movies, this one is a romantic comedy but it features an incredible slot scene that is the main premise of the film.

After a night out in a Vegas hotel where four people including Jack (Ashton Kutcher) and Joy (Cameron Diaz) and their friends, turns into a night that will change their lives forever. After a few drinks they’ve loosened up and Jack and Joy realized that they’ve enjoyed talking to each other a lot.

They thought they were the perfect pair to the point that they decided to get married the same night.

However, after realizing the mistake they’ve made in the morning, they go to the casino floor to straighten things out. They both agree that they should get divorced immediately, but Joy gives Jack a coin as she says goodbye, and Jack puts the coin into a slot machine winning the $3 million jackpot.

They both rush to the slot machine claiming that they are both winners of the jackpot. After that, they will do everything to make the marriage work and it seems like the jackpot glued them back together.

When you think about a casino movie, the first thing that comes to mind is the Ocean franchise. Most of their movies include gambling, slots, money heists, and huge jackpots, just like in the scene of Ocean’s Thirteen.

After Reuben Tishkoff suffers a heart attack after being involved with Willy Bank (Al Pacino), Danny Ocean (George Clooney) and his partner Rusty Ryan (Brad Pitt) decide to avenge him.

The plan is to influence a food critics review of the hotel’s restaurant and hack the casino’s system.

The iconic scene includes Rusty as he sets up a slot machine at the Las Vegas airport to drop the jackpot and leaves the jackpot for the food critic that was used as bait for the process. The food critics win 11 million dollars.

You wouldn’t expect to find a slot scene in a movie that includes aliens, but somehow it works. In the movie where the main character Jack Brune (Dwayne Johnson) is transporting two human-from teenagers that are actually creatures from a different planet.

He agrees to take them to an unknown destination for $15,000 and on their way, government agents are looking for them.

The best slot scene in this movie involves Sara (one of the teenagers) when she was trapped in a casino, and she used her powers to show the winning combination on every slot. After all casino players won the jackpot, it turned into complete chaos, allowing Sara, Bruno, and Seth to escape.

Although this is not actually a movie but a TV series, we had to include this scene in the list since it is the best one yet.

The Twin Peaks series directed by David Lynch involves many beloved TV series characters, and the scene in this particular case is quite long.

Here the special agent Dale Cooper found himself in a casino. As he observes a particular slot player, he decides to imitate him. He somehow finds a way to track the jackpot by following the light that appears above a slot machine.

By playing on the slots where the magical light appears, he manages to hit the mega-jackpot every time. 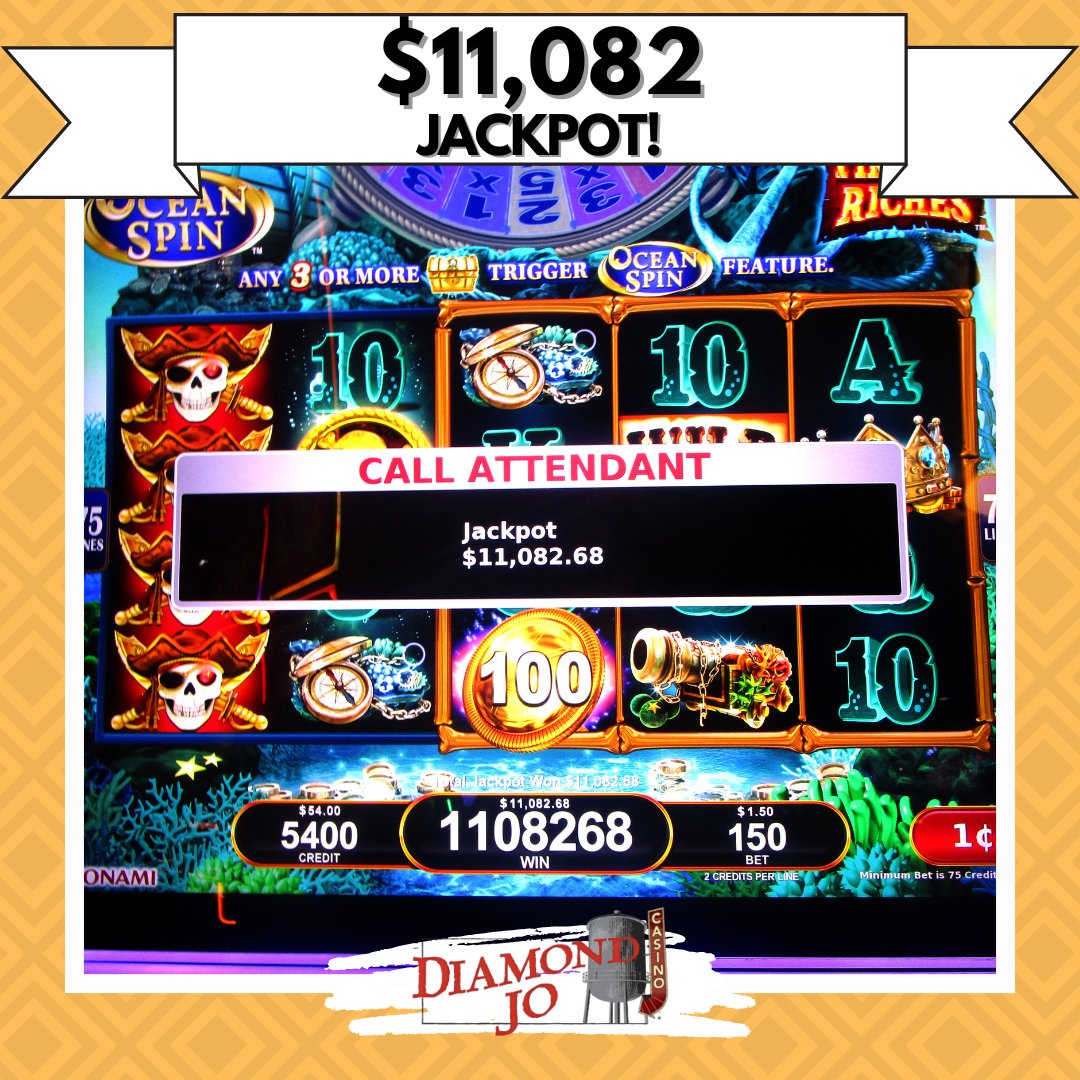 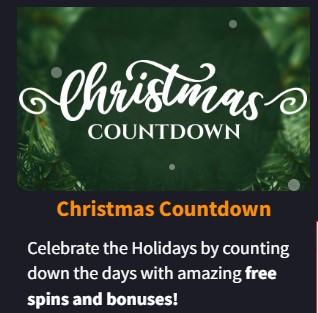 Gambling is one of the most popular forms of entertainment. The most prominent directors adapted gambling books and screenwriters included casino scenes in films more often. From classic casino flicks like Casino Royale and Rounders to modern Uncut Gems and Molly’s Game, movies about betting have been a popular genre for decades.
Movies ・ 21 days
Nerdcore Movement

The Six Greatest Movies About Casinos, Gambling, And Beating The Odds

As winter approaches, many people are thinking about staying at home and playing online casino games instead of going to the casino. Here are some movies with gambling scenes for you to enjoy. The Ocean's movies are among the best. The prices are going up. It's more sensible to stay home instead than spend a lot of money on a big night out.
Movies ・ 10 October 2022

Casinos offer unlimited fun, exciting games and unforgettable experiences. With the rise in online casinos, the thrill has increased much more. Top Casino-Based movies to watch on Netflix are:
Movies ・ 20 September 2022
Film Threat

The Many Facets of Casinos Depicted in Film

The casino is a popular setting for films. The most common theme is the idea of winning big. Casinos are nothing like their portrayal in movies. They are a backdrop for stories of crime, greed and excess. Today, you can play online casinos without registration.
Movies ・ 04 September 2022
Super Slots Casino

There are many reasons why people fall in love with playing casino games. Over the years, movies have honoured the craft of gambling. Today, the majority of casino action happens online. Here are some of the best gambling scenes in Hollywood movies. They are all recommended for young people. The list includes some movies from Kenya.
Top and Best ・ 09 August 2022
GISuser

New Movies from Netflix About Poker, Blackjack, and Casinos

New movies from Netflix are about poker, blackjack and casinos. Gambling is one of humanity's vices. New offers such as the no deposit bonus casino Canada 2022 are helping clients bet more. The list includes some of Netflix’s best gambling movies.
Movies ・ 22 April 2022
Entertainment Focus

‘Ocean’s Eleven” is a milestone in the genre of heist films. It is one of the most popular movies to portray casino gambling in all its glory. NonGamStopSlots.com has a list of similar gambling-themed websites.
Movies ・ 10 March 2022

There have been over 50 movies set in Las Vegas since the turn of the century. The most popular movie set there is Ocean's Eleven, which was the fifth highest-grossing film of 2001. Behind the Candelabra was released in 2013 and is a biographical drama film following the last ten years in the life of pianist Liberace. The Hangover was filmed in Nevada and became the tenth highest grossing movie of 2009. It won the Golden Globe Award for Best Motion Picture – Musical or Comedy. There are heist style slot games at NZ online casinos. They are similar to those in Ocean’s Eleven.
Movies ・ 25 January 2022
Aviation Analysis

Casino movies are great for entertaining people and teaching them valuable lessons. Online casinos have increased the popularity of casino games.  Movies are famous for creating great impressions in people's minds and influencing them to make certain decisions.
Movies ・ 22 December 2021
Film Threat

Movies and casinos have a long history. Many iconic movie moments have taken place in casinos. Casino scenes in movies are often dramatic and psychological. Great acting and direction can turn casino scenes into nail-biters for the audience. Online casinos like Rainbow Riches are becoming more popular. Gaming is exciting and gives the moviegoers an adrenaline rush. The gaming itself is also important. It gives them an escape from the reality of gambling. They can either win big or lose big. This is why movies with casino moments are so popular and memorable.
Movies ・ 21 December 2021
Film Threat

Gambling and Hollywood have been influenced by the gambling industry. The movies featuring gambling scenes are memorable. Martim Nabeuro elaborates on memorable casino scenes from movies.
Movies ・ 07 October 2021
Film Daily

Casino Gambling Films: Two Movies that you Need to Watch

A growing number of people prefer to gamble via online casinos. Two must-see casino gambling movies are recommended for you to watch. i.e. "Casino Gambling" and "The Gambler's Guide to Online Gifting" are two of the best movies on the list.
Movies ・ 22 September 2021
Tech President

7 Mafia and Casino Movies that are the Most fun to Watch with Friends. The list features the top 7 mafia and casino movies that have gained popularity, alongside positive reviews from the critics.
Movies ・ 09 September 2021
Film Threat

Casino and gambling scenes are iconic in American cinematography. The most remembered and tense casino scenes usually involve poker and blackjack. However, scenes with slot machines can be as exciting and memorable as any other casino scene.
Movies ・ 12 July 2021

The casino industry is one of the highest-grossing industries in the world. Casino-themed movies have been around for some time. In this article, we take a look at some of some the best casino movies and some interesting facts about the casino films.
Interesting ・ 22 June 2021
Film Threat

Some directors have had to rewrite scenes to feature Las Vegas in their movies. This article highlights some of the best movie locations in Nevada.
Movies ・ 03 June 2021
Film Threat

Hollywood movies aim to entertain us. Casino gambling has been the basis of many successful movies. Some movies have inaccuracies and silly details. They are not to ruin the atmosphere of the scene. They depict the casino ambience just as it is in the most frequented American casinos.
Movies ・ 19 January 2021