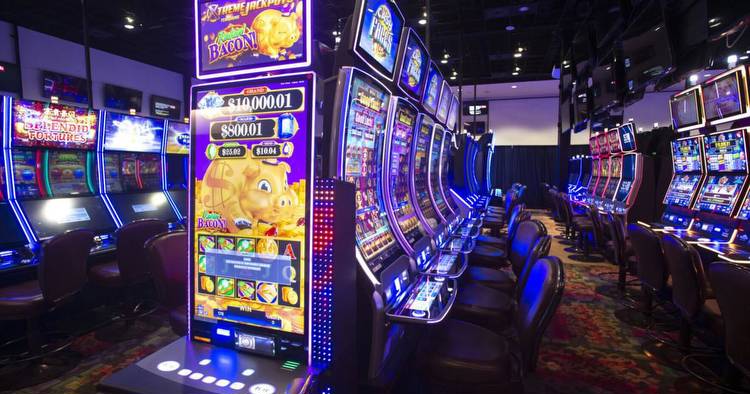 The dawn of casino gambling in Nebraska is fast approaching.

If the Nebraska Racing and Gaming Commission votes as expected at its meeting on Friday to grant a permanent gaming license to WarHorse Gaming, the company plans to open its temporary casino at the Lincoln Race Course the next day.

Lynne McNally, CEO of the Nebraska Horsemen’s Benevolent and Protective Association, said the Lincoln casino is scheduled to open at 10:30 a.m. Saturday, assuming its license is finally in hand.

"I wanted to open an hour after we get the license," said McNally, whose organization is partnering with the Winnebago Tribe's Ho-Chunk Inc. to open the Lincoln casino, as well as one in Omaha.

The Lincoln casino, however, will be the first to open, and McNally said she's not sure what to expect on opening day. WarHorse has done virtually no advertising of the potential opening date, and since there is no home Nebraska football game on Saturday, there won't be tens of thousands of extra people in town.

But she is expecting a good crowd, adding the casino has a plan in place if people keep showing up even after it reaches capacity.

In preparation for the first plays on slot machines at a state-licensed casino, the Journal Star has put together a list of answers to questions you might have.

Where is the Lincoln casino located?

While the temporary casino is in place, a new casino-resort will be under construction at the Lincoln Race Course site.

What games will be offered at the temporary casino?

WarHorse Lincoln has 433 slot machines, which McNally said run the gamut from classic slot machine games people find at the casinos in Council Bluffs, Iowa, to games that are so new they will only be found at the casino in Lincoln.

There is a plan to add sports betting at the temporary casino once rules for it are finalized in Nebraska, but there will not be any table games because there isn't enough space.

How will the slots work?

What percentage will machines pay out?

McNally said payouts will vary depending on machines but will be competitive with what the casinos in Council Bluffs pay in winnings. According to the most recent reports available from the Iowa Racing and Gaming Commission, the three Council Bluffs casinos had slot payout rates in August that ranged from about 88%-95%.

Even though the amount of floor space dedicated to simulcasting was reduced to make room for slot machines, WarHorse Lincoln was required to keep the same number of monitors and betting stations for simulcast wagering.

There is a small simulcast-only space, and simulcasting monitors and betting stations are also spread around the temporary casino floor.

How old do you have to be to bet?

The gambling age for both casino gaming and simulcast betting is 21, and no one under 21 will be allowed into the facility. Patrons will have to show identification to gain entrance.

What hours will the casino be open?

WarHorse plans to be open 24 hours a day, seven days a week, 365 days a year. Once it opens on Saturday, "we will never close," McNally said.

Will alcohol be available 24 hours a day?

The casino must follow existing liquor laws, which in Lincoln only allow alcohol to be sold from 6 a.m. to 2 a.m.

Will smoking be allowed?

The casino, like other businesses, must follow the Nebraska Clean Indoor Air Act, which bans smoking in indoor workplaces and public spaces. However, there will be a separate smoking "room" with 51 slot machines. It technically qualifies as an outdoor space because it is not completely enclosed, but it does have its own heating and cooling system.

Will there be food?

The temporary casino will offer food service, although it won't be as extensive as what's been offered at the Lincoln Race Course. McNally said it will be primarily "grab and go" items.

How many employees does the casino have?

McNally said WarHorse Lincoln currently has about 180 employees but needs about 250 to be fully staffed for its temporary casino operations.

When will other casinos open across the state?

WarHorse also plans to open a temporary or transitional casino at Horsemen's Park in Omaha with 800 slot machines, but it's not expected to open until sometime in the spring.

When will the permanent WarHorse Lincoln casino and hotel open?

A permanent gaming license will allow WarHorse to finally start construction on the new casino and resort facilities that have been in the planning stages since voters approved casino gambling in November 2020.

There already has been a fair amount of dirt moving and other site preparation going on at Lincoln Race Course, but WarHorse will now be able to start building actual structures.

The plan is to add on to the current Lincoln Race Course building on the north, south and east sides, leading to a casino with more than 1,100 slot machines, 100 table games, a sportsbook and both live and simulcast horse racing. The complex will also include several dining options, including a steakhouse, sports bar and café. Plans also call for a 200-room hotel and a three-story parking garage.

McNally said the current projected opening date for the casino resort is November 2024.

- #WarHorseCasino opens in Lincoln, #Nebraska WarHorse #Gaming had held an opening ceremony for its temporary casino in Lincoln. 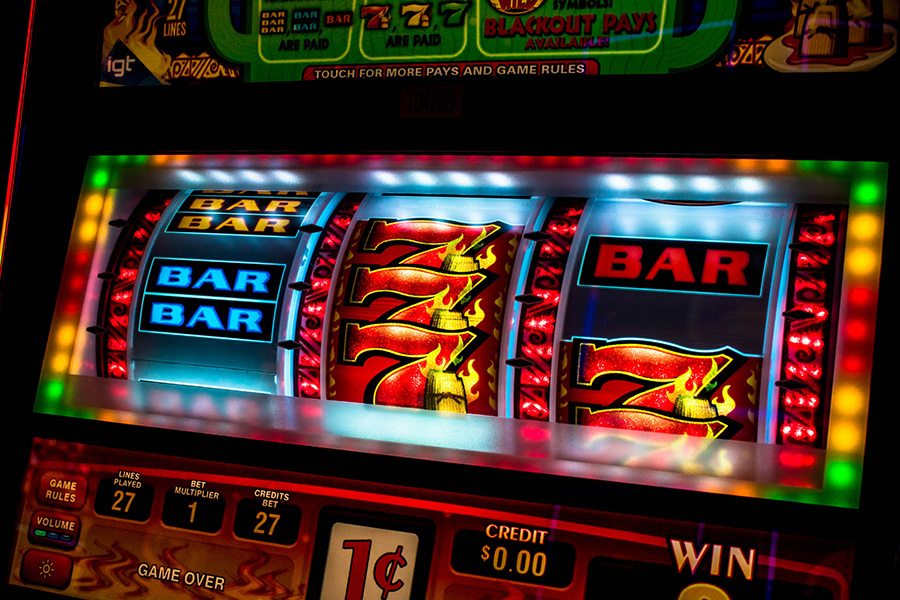 Nebraska's first casino, WarHorse Lincoln, opened its doors to the public on Saturday. The ceremony was attended by hundreds of gaming enthusiasts. It's the first non-native casino to open in the state in nearly two years. The construction of the full $200 million casino and hotel complex is still ongoing. There are 433 slots machines in Warhorse's temporary casino. On Friday, the Nebraska Racing and Gaming Commission granted the venue its license. They approved casinos at the licensed horse racing tracks. For its transitory casino War horse converted a simulcast/sports bar facility.
Gaming Authorities ・ 8 days

The WarHorse Casino Lincoln opened its doors on Saturday morning. More than 100 people queued outside the property to await the opening. Hundreds more people arrived throughout the day. The casino is a collaboration between the Nebraska Horsemen’s Benevolent and Protective Association and the Winnebago Tribe of Nebraska.
Law ・ 10 days

Nebraska's first casino is scheduled to open Saturday morning. The state gaming commission will consider final approval of the casino license of WarHorse Gaming Lincoln. Problem gamblers are being urged to file a "voluntary self-exclusion form" to bar their admission to the casinos. Construction will begin soon on a second casino at Omaha's Horseman's Park. A third Warhorse casino project is on the back burner. It will be pursued when the permanent casinos are completed in Lincoln and Omaha in late 2024. It's estimated that casino gambling could add $100 million statewide to a property tax relief program run by the state.
Gaming Authorities ・ 14 days

The WarHorse Casino is slated to open it's temporary facility in Lincoln on Sept. 19th with over 400 slots machines. The facility will be open 24 hours a day and seven days a week. They need 100 more employees. Nebraska Family Alliance doesn't see the expansion of gambling as a benefit. It's another step closer to the social costs and consequences of casino gambling. Nebraska has been paying for the costs of Iowa casinos. 20% of the profits from casinos go to property tax relief fund. nw.com. NRCG chairman Dennis Lee suggests scheduling a meeting by Zoom to approve a full gaming operators license.
Gaming Authorities ・ 01 September 2022

Nebraska governor signed rules to allow casino gaming. The regulations are set to go into effect Monday. It will take a few weeks before any license applications can be filed. Nebraska Racing and Gaming Commission will approve the fee structure next month. Then, potential casino operators could apply for licenses the next day. It is likely to be late summer or early fall before work can begin on the casinos proposed at the existing horse racing tracks. at Lincoln Race Course. There would be more than 1,200 gaming stations, 196-room hotel, event space, several restaurants and a spa.
Gaming Authorities ・ 15 May 2022

Nebraska Governor Pete Ricketts signed new casino regulations into law on Wednesday. The regulations will come into effect from Monday next week. There are still some kinks to be ironed out before casino operators can apply for licenses.
Politics ・ 13 May 2022

Nebraska's horse racing industry is counting on the casinos to revitalize the sport of kings in the state. Ho Chunk Inc. is working to develop casinos in Omaha and Lincoln with Nebraska Horsemen. The plan is to build a $200 million facility where Horseman's Park sits. Construction on this facility will hopefully begin in late winter or early spring. The Nebraska Racing and Gaming Commission could release rules and regulations for casinos next week. It's a new law and the process takes a long time. Morgan says it makes sense to get it right. He hopes to have some aspects of the gaming operations going in Nebraska by late summer.
Gaming Authorities ・ 22 January 2022

Nebraska casino rules set to come out next week; vote set for Dec. 17

Nebraska voters approved casino gambling at the state's horse racing tracks last year. Final draft of casino regulations will be released on November 12. The commission will hold a public hearing on the proposed rules on Dec. 17. It will then have to be reviewed and signed off by Gov. Pete Ricketts and Attorney General Doug Peterson. All six existing horse tracks in the State have announced plans to build casinos. A $220 million WarHorse Casino is planned in Lincoln. The Lincoln Race Course plans a temporary casino with 305 slot machine stations. Fonner Park will run 37 days of racing between Feb. and March next year, and the commission approved dates for live horse races at existing tracks next Year.
Gaming Authorities ・ 04 November 2021

Casino rules set to come out next week; vote set for Dec. 17

Nebraska voters approved casino gambling at the state's horse racing tracks last year. Final draft of casino regulations will be released on November 12. The commission will hold a public hearing on the proposed rules on Dec. 17. It will then have to be reviewed and signed off by Gov. Pete Ricketts and Attorney General Doug Peterson. All six existing horse tracks in the State have announced plans to build casinos. A $220 million WarHorse Casino is planned in Lincoln. The Lincoln Race Course plans a temporary casino with 305 slot machine stations. Fonner Park will run 37 days of racing between Feb. and March next year, and the commission approved dates for live horse races at existing tracks next Year.
Gaming Authorities ・ 20 days