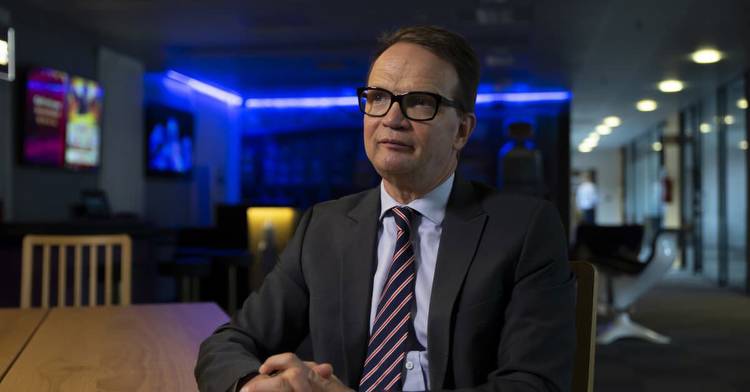 The state-owned entity has called on the government to consider allowing foreign gambling and gaming companies operate in Finland under domestic rules.

This move would mean dismantling Veikkaus' monopoly and moving to a so-called licensing model.

In an interim report published on Wednesday, the company noted that such a move would be beneficial to the Finnish gambling sector as a whole, rather than being solely about advancing Veikkaus' own interests.

Executive Vice President Velipekka Nummikoski told Yle that the regulation of gambling in Finland currently only extends to Veikkaus, and not to foreign online gambling companies that are allowed to operate without restrictions.

"Our competitors do not operate under Finnish regulation and their licencing would change [under the proposed system]. Then everyone would operate on the same playing field," Nummikoski told Yle's Ykkösaamu breakfast show on Wednesday.

Foreign gambling companies do not pay any taxes in Finland and also do not have to comply with Finnish legislation, such as efforts to limit the harm caused by gambling addiction.

Finland's digital gambling market was valued at around 520 million euros during the first half of this year, according to the company's interim report, of which about half — 260 million euros — went to Veikkaus and the rest to foreign operators.

Many other countries in Europe have introduced a licensing system to regulate the gambling industry.

In Sweden, for example, gambling companies must have a licence to operate within the country and they are also required to pay a gambling tax of 18 percent.

This tax is collected on the difference between the money spent on games and gambling, and the winnings paid out. According to Nummikoski, the Swedish example shows that the system works.

"It has achieved 90 percent channelling, which was the aim of the system. And that is the most important measure of whether or not the system is successful. There is no point in creating a licensing system that cannot channel gaming. The regulation must be set at that level," he said, referring to the strategic tool used by governments to direct gamblers away from unlicensed games and towards licensed operations.

Is Finland an attractive market for foreign gaming companies?

Currently, foreign gambling websites are not allowed to register in Finland or advertise in local media. However, there is no legislation in place that prevents users in Finland from gambling via these sites.

Nummikoski told Yle he believes that Finland would be an attractive country for foreign gambling and gaming companies if the market were opened up and a licensing system introduced.

"The very fact that games are currently being offered to Finnish customers shows that we are an attractive market. We could certainly attract a significant number of big players to Finland," he said.

The deputy CEO of Veikkaus stated that dissolving the monopoly may be the smartest idea:

@EveryMatrix wins @Veikkaus_fi public tender for #OnlineCasinoGames as a Service EveryMatrix has been awarded the public tender to provide the Finnish state-owned gaming and lottery monopoly Veikkaus with a vast library of #casino content. 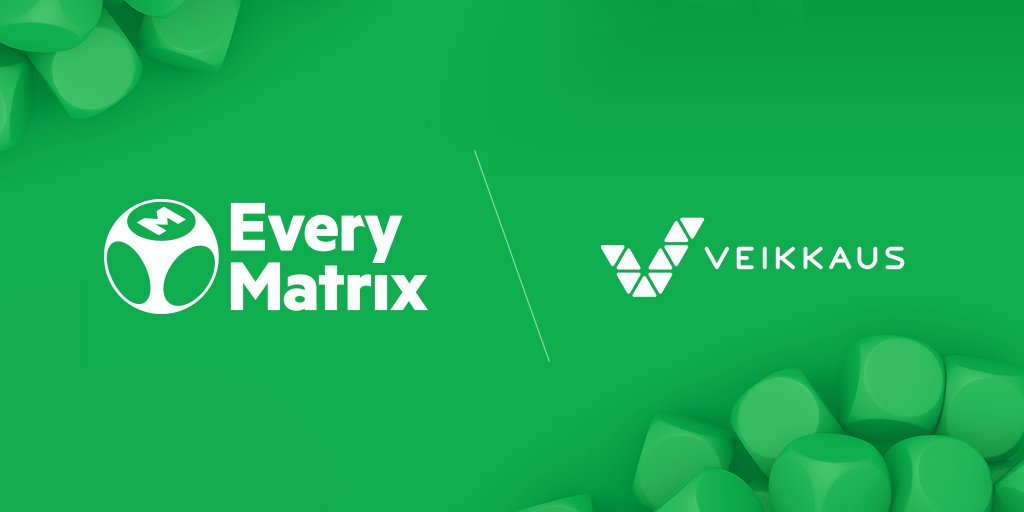 Finland’s Gambling Operator Veikkaus Ready to Give Up Monopoly

Veikkaus wants to give up its monopoly position in Finland. Veikkas' deputy CEO Velipekka Nummikoski points out that there is no regulation of gambling in the country. According to Veikkas' interim report, 50% of all money wagered online in Finnish goes directly to foreign companies that are unregulated by the Finnish government.
Sports ・ 29 days

Gambling and gaming are similar activities. Finns enjoy both gambling and video gaming activities, which are often similar. Finnish online casinos have a thriving online gaming industry. iGaming is a convergence of gaming and gambling activities that leads to a higher participation level. iGambler's report compares stats for Finnish casinos with video games to see which activity is more popular among Finn's.
Incidents ・ 20 June 2022

The reforms introduce payment blocks for iGaming operators advertising for Finnish players except for state-owned monopolies. The identification will be rolled out to extend to land-based slots. Private individuals advertising by influencers is clamped down with a possible penalty payment of up to tens of thousands. B2B business for the Finnish monopoly can be done with international igaming operators.
Law ・ 04 April 2022

Gambling is sometimes frowned upon and considered a taboo subject. Many governing bodies try to regulate gambling. Europe is trying to change gambling regulations to ensure players are protected. The top countries in Europe are implementing changes to gambling regulation. The latest gambling rules changes in the European Union are as follows:
Law ・ 15 March 2022

Finland has just 16 casinos, but the gambling industry is very popular. The gambling space in Finland started with just the Payazzo machine in the 20s. Since WWII, the government has enjoyed a huge monopoly in this space. In 2001, Raha-automaattiyhdisty came into play to regulate the industry. New laws were introduced to better manage how people access their favorite markets. The Lotteries Act, 2001 is the legislation in charge of gambling in Finnish. It was designed to help government stay on top of things and protect players. Europe is not happy about this.
Lottery ・ 17 January 2022

Yesterday, Veikkaus opened its second casino in Finland. It follows only months after the operator opened Casino Helsinki.
Land-based ・ 17 December 2021

Finnish parliament passes gambling reforms at first reading. Reforms include introduction of payment blocking for any operators other than monopoly Veikkaus. Marketing regulations would change with the revised Lottery Act. Advertising of gambling games deemed harmful would be banned. The bill will now need to be approved in the second reading before it can be sent to the president to become law. Maarten Haijer, secretary general of the European Gaming and Betting Association, criticised payment blockings as an effort to prop up Veikkas' monopoly.
Politics ・ 17 December 2021

The new Lottery Act in Finland aims towards safety. The only operator accepted is the Veikkaus state-owned monopoly. Finns can gamble on international websites, but the marketing of casino games is forbidden.
Lottery ・ 23 November 2021

There are many countries that have to decide whether they wish to legalize gambling. Some countries have readily embraced the industry, while others adopt a more conservative approach. This discussion will focus on specific Nordic countries and their regulatory framework on gambling, and the agencies responsible for monitoring gambling activities.
Law ・ 29 October 2021

Eurosport fined €800,000 in Finland over gambling ads. Broadcaster was found to be advertising gambling services to Finnish players during ad breaks for several years. The ads were deemed to have been targeting Finnish people as they included Finnish bank credentials and were in Finnish. Under new rules, monopoly operator Veikkaus would no longer be permitted to advertise slots.
Lottery ・ 14 October 2021

Veikkaus Data Shows 7% of Players Bring in 50% of Revenue

7% of players account for 50% on revenue of Finnish gaming monopoly Veikkaus. In the first half of 2021, 1.7 million customers played Veikkas games. This is half the company's revenue from 119,000 players. Finland's gambling industry is 50%. Only 2.5% are responsible for the money spent on gambling. Vekkauses is trying to improve its image and reduce problem gambling in the country.
Finance ・ 17 September 2021

Finland: Gambling laws and regulations in 2021

Finland has one of the most liberal approaches to gambling regulation. The gambling industry in Finland is lucrative and has secured one place in the world's top ten largest gambling nations. Online casinos are sprouting up left and right within Finland. There are still a number of laws and regulations that govern the industry. However, the Finnish Lotteries Act gives the state-owned operator Veikkaus Oy a monopoly over all gambling activities. It was estimated that the gambling market in Finns will grow by 10% from 2020 to 2021. It's the responsibility of Veikaus to ensure that all betting and gambling activity are done responsibly and safely.
Law ・ 06 September 2021

Finland is one of the 5th biggest betting nations in the world. The two land-based casinos in Finland usually contribute all their money to philanthropy. Online casinos are legal but only under national control.
Payment Methods ・ 28 August 2021

Veikkaus has a gambling monopoly on the Finnish gaming market. The new max betting limit on online slot games was set at €500 per day and a max of €2,000 per month. The Finnish Ministry of the Interior passed a decree approving a cap on max limits. In June 2021, the government decided to make max slot loss limits permanent.
Covid ・ 26 August 2021

Veikkaus to Equip Its Slot Machines with Loss Limit Feature

Veikkaus is introducing a loss limit feature to its slot machines from September. The company operates thousands of slot machine arcades across Finland. It is the only company permitted to conduct gaming and sports betting activities in Finland and it is installing the feature as part of a corporate social responsibility program. The Ministry of the Interior has previously set a maximum loss limits of €500 per day and €2,000 per month.
Gambling Addiction ・ 20 August 2021

Online gambling is the future of gaming. The market is valued at $46 billion and is projected to reach $94 billion by 2024. Online gambling in Finland has seen a 10% year-on-year rise.
Gambling Addiction ・ 12 May 2021

EGBA urges Finland to end its gambling monopoly. It is the only EU member state that still has a gambling monopolistic. Public opinion is shifting in favour of an end to the monopoly, as evidenced by a 2019 survey. The majority of Finns gamble on international betting websites. They offer better returns, higher winnings and a wider selection of products. They pay their taxes elsewhere. Estonia, Latvia, Lithuania and the Netherlands have already introduced open-licensing for online gambling. Finland should do the same.
Gambling Sites ・ 19 January 2021

Veikkaus will introduce mandatory ID verification controls across its network of slot machines on January 12, 2021. The company has been able to complete the task a few weeks earlier than expected. The new measures will enable players to self-exclude from gambling across Veikkas’ slot machine estate.
Lottery ・ 19 January 2021