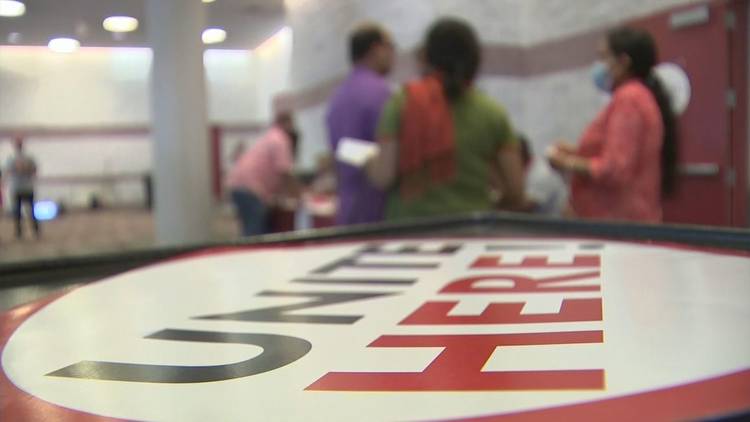 ATLANTIC CITY, N.J. (AP) — A week before it could walk out on strike against numerous Atlantic City casinos, the resort’s main casino workers union warned that a strike could cost four casinos a total of $2.6 million a day in losses.

Local 54 of the Unite Here union issued a report Friday estimating that the city’s top-performing casino, the Borgata, could lose $1.6 million a day in the event of a strike and that the three casinos owned by Caesars Entertainment — Caesars, Harrah’s and Tropicana — could collectively lose an additional $1 million a day.

The union made its projections based on past casino revenue and earnings data reported to the state and assumed that a strike would cause revenue to decline by 25% in the third quarter of this year compared to the same period in 2021.

Contracts with Atlantic City’s nine casinos expired on June 1. The union has authorized a strike against these four casinos on July 1 if a new pact is not reached by then. (It also has set a July 3 strike deadline for Hard Rock, whose finances were not included in Friday’s projections.)

Bob McDevitt, the union’s president, had no immediate comment on the report Friday. Representatives of MGM Resorts International, which owns the Borgata, and Caesars Entertainment, which owns the other three casinos, did not immediately respond to messages seeking comment Friday.

Jane Bokunewicz, director of the Lloyd Levenson Institute at Stockton University, which studies the Atlantic City casino industry, said it is difficult to accurately predict the financial impact of a strike with so many variables in play. These include the number of casinos that are targeted by a strike, and the public’s willingness to patronize them in such an event.

“The casino floors at all properties would remain functioning as normal because they are not part of Local 54,” she said. Casinos that are struck “would use non-union employees and management to keep the hotel and food and beverage sites operating at an acceptable level to attract customers. Revenue losses or gains would depend on how successful they are at doing this.”

Roe v. Wade Overturned: Here's What It Means For Residents In Pennsylvania, New Jersey And Delaware

As of Friday, the union had reached so-called “me-too” agreements with Bally’s and the Ocean Casino Resort, pledging them to adopt the terms of contracts eventually reached with the larger casinos in the city. That effectively means they will not be struck, the union has said.

The union report said a strike could have a particularly meaningful impact on Caesars Entertainment, which got 15% of its earnings from Atlantic City in the third quarter of last year.

In 2021, Caesars’ New Jersey properties generated 33.2% of their net revenue and 42% of their gross operating profit in the third quarter, the union report said.

The union also noted that the timing of a strike could be painful for the casinos, coming at the start of the July Fourth weekend, traditionally one of the busiest times of the year for Atlantic City’s casinos.

And it would come amid an ongoing labor shortage at all nine casinos. Local 54’s workers clean hotel rooms and public areas including the casino floor and restrooms, and staff food and beverage operations, among other responsibilities. 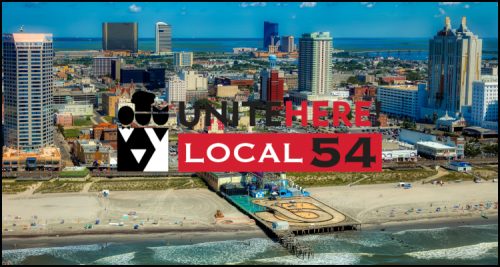