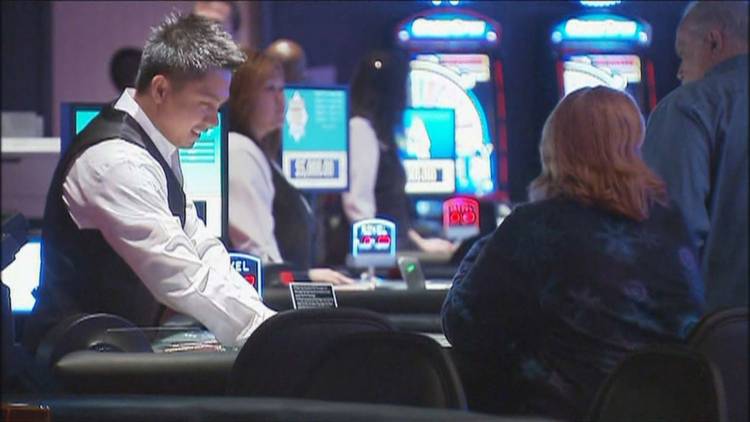 “It’s been a rough couple years now,” Janey Negron, a Tropicana bartender and a member of the union’s negotiating committee, said. “Our job was a job where everybody would run to get, and nobody wants to work with what they’re paying.”

Negron says because casinos haven’t kept up with other companies by raising wages, more jobs are going unfilled, which means longer hours for current employees.

Proposal In State Legislature Would Help Crack Down On Dirt Bikes, ATVs In Philadelphia

“It’s affected me greatly,” Negron said. “I have to work, and I also have to find time for my family.”

The union created a website, called “Atlantic City Travel Alert,” which warns visiting families that their summer plans may be affected by a labor dispute.

“I think they’re being taken advantage of down here for many years,” Robert Olivo, who was staying at one of the affected casinos, said. “Casinos are making so much money with their online gambling and me.”

Hundreds Of Students Demand Action Against Gun Violence Outside City Hall: 'This Is Our Safe Zone, Not Your War Zone'

Eyewitness News requested interviews with the owners of all seven casinos, but only Hard Rock Hotel & Casino Atlantic City responded with the following statement: “There is no dispute between the Union and Hard Rock Hotel & Casino Atlantic City. They have not asked to sit with us yet, as they are meeting with other properties at the moment. However, we have a very positive relationship and fully expect to cooperatively come to terms.”

Resorts Casinos agrees to the terms of the union, leaving Golden Nugget the only casino that hasn’t reached a deal: