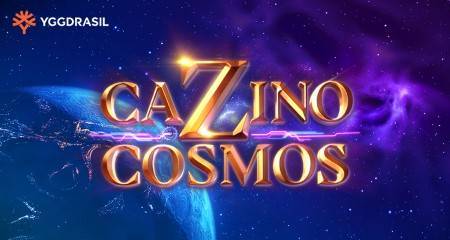 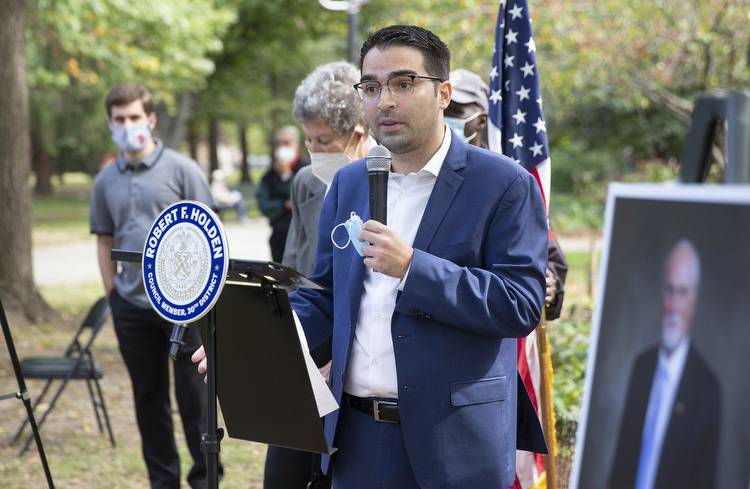 Eric Ulrich, the commissioner of the Department of Buildings who earlier this week was served a warrant in relation to an alleged illegal gambling investigation, resigned from his post on Thursday.

Ulrich, who previously represented parts of the Rockaway peninsula and South Queens in the City Council, is believed to have voluntarily stepped down from his position as a senior member of Mayor Eric Adams’ administration as details of the Manhattan district attorney’s investigation into illegal gambling remain hazy.

“This morning, Eric Ulrich tendered his resignation as DOB commissioner in an effort to, in his words, avoid ‘unnecessary distraction for the Adams administration,’” said Fabien Levy, a spokesperson for the mayor.

“We have accepted his resignation, appreciate him taking this step, and wish him well,” Levy added.

The mayor’s spokesperson said that the administration remains in the dark about the scope of the investigation, adding that “out of respect for his and his family’s privacy, [we] have nothing further to add.”

“We have full confidence in the team at DOB, and the agency remains fully operational,” Levy said. “No city services will be impacted.”

The now-former commissioner had his phone seized by law enforcement agents and was questioned by investigators with the prosecutor’s office early Tuesday morning.

The Manhattan DA’s office, which is led by District Attorney Alvin Bragg, has yet to comment publicly on the investigation. Ulrich has not been charged with a crime. It’s currently unclear if he is the main subject of the DA’s investigation.

It’s believed that the investigation pre-dates Ulrich’s appointment as DOB commissioner – Adams gave the Republican the post in May of this year following several months of Ulrich serving as a senior advisor to the mayor.

The investigation is also believed to involve illegal gambling rings run by organized crime members, some of which Ulrich may have racked up a debt with, sources say.

Ulrich’s resignation comes somewhat as a surprise after Adams, on Wednesday, said it was too early to determine whether or not Ulrich should continue as the DOB’s commissioner.

“It’s really so early for us to be saying we should, we shouldn’t, we should,” Adams said on Wednesday. “The DAs office is going to do their review and that review will determine how to move forward.”

“Eric is still the commissioner there,” he added.

Through the years, the DOB, which, among other duties, grants permits for construction and doles out fines for building and construction violations, has been at the center of a number of bribery scandals – many of which involve crooked inspectors.

In 2015, the New York City Department of Investigation arrested over two dozen people on bribery and corruption charges related to the construction industry, including contractors, building owners and over 10 inspectors with the DOB, amNY reported at the time.

On Wednesday, Adams was asked if it was responsible to have put Ulrich in charge of an agency with a history of corruption.

“You have a great team over at DOB, and the Department of Buildings is going to continue to do the great work that they're doing,” Adams said in response.

Ulrich, who has publicly acknowledged a battle with alcoholism, has a history of gambling.

In 2016, he told the New York Daily News that he was a “lucky guy” after reporting that he had won between $10,000 and $12,000 from slot machine winnings at Resorts World Casino, which is located in his former council district.

Ulrich was first elected to represent City Council District 32 in 2009, when he was 24 years old. He represented the district during Hurricane Sandy, which left hundreds of millions of dollars worth of damage in its wake.

The Republican lawmaker was term-limited out of office last year and was quickly given a senior advisor post in the Adams administration.

Despite their difference in party affiliation, Adams and Ulrich – a self-described “Never Trumper” who supported the former president in the 2020 election – proved allies during the 2021 mayoral election. Ulrich was an early supporter of Adams and was later rewarded with the top job in the Department of Buildings.

On Wednesday,  the city’s top attorney, Brendan McGuire, said Ulrich went through a typical Department of Investigation background check expected of all of the city’s top officials.

“We will not comment on the results of that [background check], but needless to say, this administration takes very seriously what turns up in those DOI background checks and we've, in the past, taken action when necessary based on what those investigations find,” McGuire said.

“I think it’s fair to assume that this has been done in the normal course and I don't want to get  out ahead of DOI, it's their investigation that they conducted,” he added. “So, I'll just stop there. But he followed the process that all other senior administration leaders followed.”

Ulrich came into the DOB with a mandate from the mayor – to slash red tape and make the agency less of a punitive entity and one more geared toward education and corrective action.

Over the summer, Ulrich launched a 90-day commission – named “The Adams Commission” – that was tasked with assessing the DOB’s practices and finding ways to make the agency more accessible to those it works with, namely those in the construction and real estate industries.

Last month, Ulrich sat down with the Eagle to discuss the commission and his work in the Buildings Department.

“This has been the best job I've ever had,” he told the Eagle in October. “There's so much work to do here, so much to learn and so much room for improvement for someone like me, who's a workaholic, to really just dive right in and get right down to it.”

Ulrich also added that the DOB had long had a negative perception, primarily because it’s seen as an agency geared toward issuing fines and other financial penalties.

“People didn't just wake up one day and hate the Buildings Department – this has been decades of poor management, poor oversight and now, I think that for the first time in a very, very long time, Mayor Eric Adams has made reforming and improving the Department of Buildings a top priority,” Ulrich said. “It's not a vote getter, but he's elevated the level of importance about fixing the Buildings Department.” 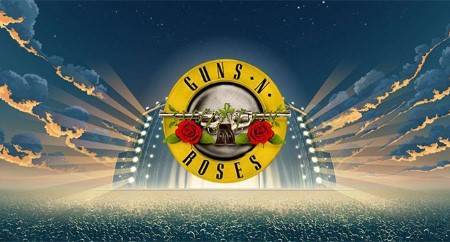 Las Vegas Sands Corp. is looking for a casino site on Long Island. The company's senior vice president David Paterson is a former New York governor. He and other executives spoke to local chambers of commerce about the company’s plan to win one of three state licenses to operate a casinos downstate. No licenses are expected to be issued before late 2023. Sands typically invests between $3 billion and $4 billion to construct a Casino. Only about 10% of the floor space has slot machines, card tables and gaming. More than 50% people don't place bets.
Industry ・ 3 days
Vegas Slots Online

NYC Department of Buildings Commissioner Eric Ulrich has been questioned by investigators as part of an illegal gambling investigation. The investigation is focused on activity that took place before Ulric became a part the Mayor's administration. Ulran wrote an official letter in 2018 in support of a man accused of collecting illegal debts. He was sentenced to 30 months in prison. Mayor Adams' spokesperson said they are not aware of the investigation and Ulring's role hasn't changed.
Law ・ 02 November 2022

In April, Albany authorized up to three casino licenses for downstate New York, which includes New Yorkers. New voters approved the legalization of Las Vegas-style casinos in the state in 2013. The state legislature initially authorized four casinos to open upstate, giving them several years to build their business before having to compete with any casinos.
New Year ・ 21 October 2022
Forbes

New York has begun the formal process to license up to three casinos in and around the city's five boroughs. The state already has four casinos, but those are all a few hours away upstate. There is a minimum licensing fee of $500 million and a competitive licensing process with only three spots available.
Gaming Authorities ・ 06 October 2022
Super Slots Casino

Developers and billionaires are lining up for the chance to operate a New York City casino. The state approved the creation of seven casinos in 2013. New Yorkers have 20 million residents and tens of millions of tourists each year. The New Yorker area already has two gambling facilities known as racinos, horse racetracks and slot machines. Genting operates the Resorts World facility at the Aqueduct Racetrack in Queens, while MGM Resort controls Empire City racino in Yonkers. State Gaming Commission announced members of the Gaming Facility Location Board, who will have 90 days to solicit proposals from casino developers interested in one of three licenses.
Land-based ・ 05 October 2022
NY1

The Related Companies announced earlier this week its plans to team up with casino giant Wynn Resorts to bid for one of three downstate casino licenses. The proposal to build a casino at the Hudson Yards development on Manhattan’s west side has its advantages.
Politics ・ 17 September 2022
The New York Times

The mayor, governor, local officials, borough president, Assembly member and local state senator will have a representative on the committee. The gaming commission will decide on where the casinos will be located. New York City officials and developers have debated what to build in Hudson Yards. The site became the centerpiece to the city’s bid for the Olympics. If a casino were built, it would open at a time of more transformation in the neighborhood. Other casino and real estate companies are eyeing sites throughout the New Year's Eve. One of them is Thor Equities, a real-estate firm interested in building a casinos on Coney Island in Brooklyn.
Law ・ 4 days

Steve Cohen is pushing for a casino near Citi Field. The project has been stalled for years. New York Mayor Eric Adams is a supporter of the project.
Politics ・ 30 July 2022
Yabby Casino

The final three remaining state casino licenses were approved this month. New York City Mayor Eric Adams wants to have two casinos in the city. Las Vegas Sands and Hard Rock International have expressed interest in New Yorkers. Critics of casinos and the negative effects of gambling remain. The first four licenses for the state were reserved for regions north.
Land-based ・ 01 May 2022
Silive

New York State's fiscal year 2023 budget has been signed into law. Up to three full casino licenses are on the way for New York City.
Gaming Authorities ・ 21 April 2022
Silive 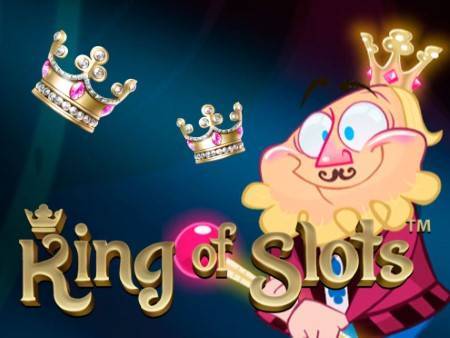