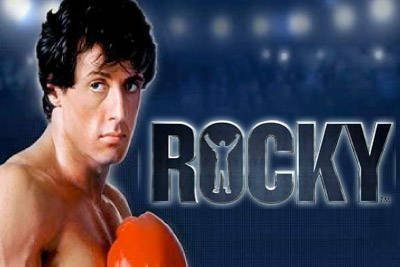 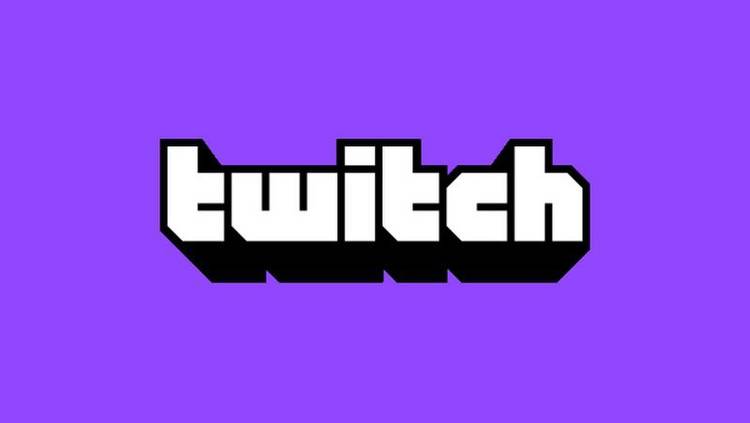 The Amazon-owned streaming portal Twitch is cracking down on some forms of gambling.

According to Twitch, it will prohibit content from some websites that offer unregulated slot and table games.

“Gambling content on Twitch has been a big topic of discussion in the community, and something we’ve been actively reviewing since our last policy update in this area,” Twitch said on Twitter on Tuesday. “Today, we want to update you on our plans. While we prohibit sharing links or referral codes to all sites that include slots, roulette, or dice games, we’ve seen some people circumvent these rules and expose our community to potential harm.”

“So, we’ll be making a policy update on Oct. 18 to prohibit streaming of gambling sites that include slots, roulette, or dice games that aren’t licensed in the U.S. or other jurisdictions that provide sufficient consumer protection. These sites will include Stake.com, Rollbit.com, Duelbits.com, and Roobet.com. However, we may identify others as we move forward.”

Just a handful of U.S. states legalized online casino gambling within their respective borders. Those states include New Jersey, Pennsylvania, and Michigan. Online sports betting is allowed in roughly 20 states.

“We will continue to allow websites that focus on sports betting, fantasy sports, and poker,” Twitch continued. “We’ll share specifics on the updates to our Gambling policy soon, including the full policy language, to make sure everyone is clear on our new rules before they take effect on Oct. 18.”

The move by Twitch came just days after an unrelated controversy surrounding a gambling scam.

“On Sept. 17,” Buzzfeed reported, “Twitch streamer Abraham ‘Sliker’ Mohammed admitted in a video that he scammed fans and content creators out of at least $200,000 to support his gambling addiction (others claim the total is over $380,000, but this is unconfirmed). Sliker would say he needed the money because he was locked out of his bank account, then use the money to bet on the outcome of Counter-Strike: Global Offensive games and sports.”

Some popular streams said they would boycott Twitch later this year in protest of the platform’s gambling rules, Kotaku reported.

It’s unclear if Twitch’s gambling announcement had anything to do with the planned boycott. 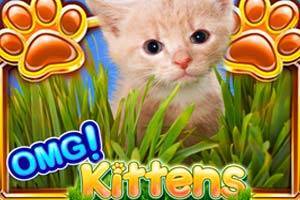 In a recent policy update, Twitch expanded upon its gambling ban by adding an addendum that websites with supposed consumer protections-such as waiting periods, age verification systems, and free social versions-will also be banned if they host gambling content and are unlicensed in the U.S. or other regions. On Sept. 20, Twitch addressed the issue&hellip;
Law ・ 19 October 2022
Gamers Suffice

On Wednesday, 21st of September, Twitch imposed a ban on all streaming sites that involve crypto gambling. "While we prohibit sharing links or referral codes to all sites that include slots, roulette, and dice games, we've seen people circumvent those rules and expose our community to potential harm," Twitch stated via. "So, we will be making a&hellip;
Crypto ・ 28 September 2022

Twitch, an interactive live streaming platform popular with gamers, has announced a ban on the sharing referral and promo codes of gambling sites that support placing bets in cryptocurrency. In a statement shared on Twitter, the U.S.-based company said that the ban which will take effect on October 18 will apply to gambling sites that include&hellip;
Gambling Sites ・ 21 October 2022
Kilgore News Herald

Twitch is banning gambling sites from its platform. The streaming platform - which is owned by Amazon - has responded after high profile streamers including Devin Nash, Pokmane and Mizkif threatened to boycott the site during peak traffic times. In a statement, Twitch said: "Gambling content on Twitch has been a big topic of discussion in the&hellip;
Gambling Sites ・ 24 September 2022
Super Slots Casino

Players can claim the SUPER300 bonus code on their first three deposits only. The minimum deposit amount required to redeem each bonus code is $25. This bonus is not valid in the Live Dealer Casino. The deposit plus bonus amount is subject to a 45X playthrough requirement before any winnings can be withdrawn.
Nevada Public Radio

Some gambling content has been banned from Twitch after one of its streamers reportedly stole tens of thousands of dollars from fans and fellow streamers in order to fuel a gambling habit. The streaming giant, which is owned by Amazon, said in a statement on Tuesday that it would prohibit content that included "slots, roulette, or dice games that&hellip;
Sports ・ 21 October 2022
CNBC

Twitch said it is planning to ban the streaming of certain crypto gambling websites in an effort to protect users from potential harm. The livestreaming platform, owned by Amazon.com Inc. , announced the update to its gambling policies in a statement posted on Twitter Tuesday. The ban will prohibit streaming of sites including slots, roulette and&hellip;
Law ・ 06 December 2022
CNN

Live-streaming giant Twitch on Tuesday said it will take additional steps to crack down on unlicensed gambling content on its platform after facing backlash from some of its top creators. The Amazon-owned service plans to prohibit gambling sites from streaming on the platform if they are not licensed in the United States or in "other jurisdictions&hellip;
Sports ・ 29 September 2022

The controversial crypto gambling sessions anchored by Twitch celebrities and live-streamed to their followers will be banned effective October 16, Twitch said in a statement. It mentioned that Stake.com, Rollbit.com, Duelbits.com, and Roobet.com, the most notable crypto gambling sites using its platform, will no longer be able to use it to stream&hellip;
Crypto ・ 23 September 2022
Yabby Casino

Twitch, the Amazon-owned streaming site, will ban users from posting videos of themselves playing slots, roulette or dice games on unlicensed gambling sites, the company has said. The ban, which will be effective as of 18 October, comes in the wake of a wide-ranging scandal among top-tier streamers after British streamer ItsSliker admitted to&hellip;
Law ・ 21 September 2022
Gaming Intelligence

Streaming platform Twitch has announced plans to ban unlicensed online gambling content from its platform. The move follows mounting concern about young people's exposure to gambling products on the platform, which is open to users over the age of 13. Twitch said Tuesday that the policy update will take effect on October 18 "to prohibit streaming&hellip;
Sports ・ 21 September 2022
Playstation LifeStyle

As the controversy over the Twitch gambling policy continues to brew, the streaming platform has decided to address the situation now before making a full update to its policy on October 18. Most importantly, it will be banning specific gambling sites while still allowing websites that "focus on sports betting, fantasy sports, and poker." The full&hellip;
Sports ・ 21 September 2022
Watcher.guru

Despite receiving backlash from influencers, Twitch is set to ban certain controversial crypto gambling live streams. Per an official Twitter post, the American live video streaming service will prohibit gambling sites like Stake.com, Rollbit, and Duelbits.com that "aren't licensed either in the US or other jurisdictions that provide sufficient&hellip;
Crypto ・ 21 September 2022

Twitch on Tuesday announced a ban on streaming unlicensed gambling sites, including slots, roulette and dice websites, starting next month. Sites that will be prohibited include Stake.com, Rollbit.com, Duelbits.com and Roobet.com. More websites may be banned later, Twitch said in a statement on Twitter. Websites focusing on sports betting, fantasy&hellip;
Law ・ 21 September 2022
Mobidictum

Twitch has announced a policy update that will ban unlicensed gambling sites, effectively shutting down a lot of scams and unwanted attraction for minors on the platform. This issue has been on the company's radar for quite some time, and judgment day has finally arrived. The massive streaming platform had previously prohibited link sharing and&hellip;
Gambling Sites ・ 21 September 2022
Engadget

Twitch has announced a significant change to its policy amidst rising concerns about the presence of gambling streams on the platform. On Twitter, Twitch said it will prohibit the streaming of gambling websites that feature slots, roulette and dice games unlicensed in the US and other regions that "provide sufficient consumer protection." The&hellip;
Gambling Sites ・ 21 September 2022

After the hashtag #TwitchStopGambling (opens in new tab) began trending thanks to its adoption by popular streamers including HasanAbi, Pokimane, and Mizkif, Twitch has responded with an announcement (opens in new tab) that it will "prohibit streaming of gambling sites that include slots, roulette, or dice games" beginning on October 18. The&hellip;
Gambling Sites ・ 21 September 2022

Twitch said that, starting next month, it will ban the streaming of certain gambling websites that aren't licensed in the U.S. or "other jurisdictions that provide sufficient consumer protection." The move by the Amazon-owned livestreaming platform, most popular among game creators, comes after reports that a streamer called ItsSliker had scammed&hellip;
Gambling Sites ・ 22 September 2022
Polygon

Twitch will be updating its policies regarding gambling on Oct. 18, according to a statement the company posted to its Twitter account, acknowledging the recent spike in debate and discussion around gambling on the platform. "We'll be making a policy update on October 18th to prohibit streaming of gambling sites that include slots, roulette, or&hellip;
Christmas ・ 02 October 2022
Polygon

Twitch will be updating its policies regarding gambling on Oct. 18, according to a statement the company posted to its Twitter account, acknowledging the recent spike in debate and discussion around gambling on the platform. "We'll be making a policy update on October 18th to prohibit streaming of gambling sites that include slots, roulette, or&hellip;
Christmas ・ 21 September 2022 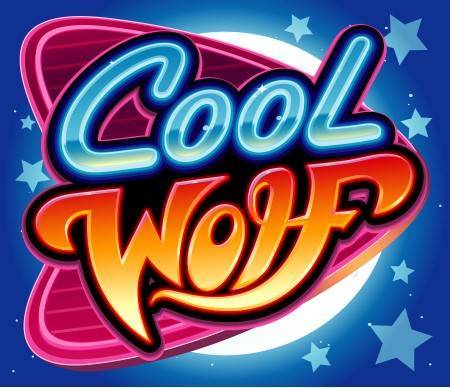