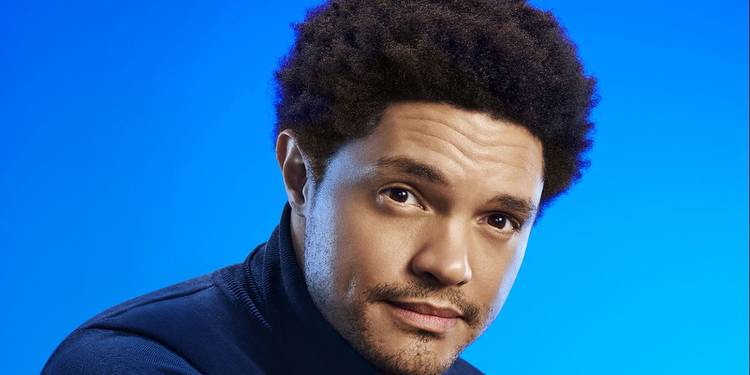 Trevor has written, produced, and starred in 11 comedy specials, including his most recent, "Trevor Noah: Son of Patricia," which launched in November 2018 on Netflix. The special touches upon racism, immigration, camping and more. "Trevor Noah: Son of Patricia" received a NAACP Image Award for Outstanding Variety Show, as well as a Grammy Award nomination for Best Comedy Album.

According to Jeff Clayton, Director of Entertainment for Hard Rock Casino Northern Indiana, "We were so pleased to learn that Trevor Noah's "Back to Abnormal Tour' will include a concert at Hard Rock Casino Northern Indiana this summer. Trevor Noah has been called 'a modern master of classic standup'. It will be thrilling to witness his comedic genius on the Hard Rock Live Stage in person."

Hard Rock Casino Northern Indiana is located at 5400 West 29th Ave. in Gary, IN, directly adjacent to the I80/94 Burr Street Interchange. For more information, call 219-228-2383 or visit www.hardrockcasinonorthernindiana.com.

The new Hard Rock Live performance venue is outfitted with state-of-the-art lighting and sound systems. The sound equipment features an L-Acoustics K2 line array system with KS28 subwoofers and KIVA-II front fill. Hard Rock Live has excellent sightlines. Hard Rock Live can seat up to 1,894 with an overall capacity of 2,700 including standing room only.

I’m coming to Vegas, Nov 1 @AllegiantStadm! This is the final North American tour date being added to my #eltonfarewelltour – tickets go on sale next Monday July 18 at or sign up to the Rocket Club for presale from Thursday 🚀

Indiana's casino revenue fell 8% in May to $211.9 million. Hard Rock Casino Northern Indiana in Gary remained the top-earning casino with $36.3 million in win after bettors were paid. Horseshoe Casino in Hammond, racked up $28. 9 million, but both casinos' win was down compared to previous months. All 12 casinos reported month-over-month declines. The decline in casino earnings is linked to the nation's soaring inflation rate and the end of various federal relief and economic stimulus programs.
Finance ・ 17 June 2022

The Jacksons will perform at four Hard Rock & Seminole Casino properties in the United States in 2022.
Travel ・ 30 November 2021

Pop Evil is the opening act for the Nov. 4 opening of the Hard Rock Casino Northern Indiana's 2,000-seat performance stage venue. Chicago-based heavy metal rockers Disturbed are the first headliners. Tickets for general admission are $89.50. HardRock Casino is billed as a $300 million casino and entertainment destination. The Hardrock Live has seating for 1,916 with the option of an overall capacity of 2.207. It was built in May. Bette Midler performed the concert at the Horseshoe Casino in Hammond in 2008.
Covid ・ 22 September 2021

The Autumn Season for 2021 begins on Wednesday, September 22. The Mid-Autumn Moon Festival is celebrated when the moon appears the largest and marks the approaching end of the autumn harvest. YOUYU Noodle Bar will give out free moon cakes with any entrée on September 18, 19 and 21 during the hours of 5 p.m. to 2 a. m. at the YOUyU restaurant. Hard Rock Casino Northern Indiana is celebrating the festival with a special treat courtesy of Chef Wing Chung. The restaurant serves up a variety of Asian dishes as well as freshly made noodles in savory broths.
Baccarat ・ 11 September 2021

Hard Rock Casino Northern Indiana opened May 14 with 1,200 employees. InvoTech has implemented its RFID Uniform System. The system manages the uniforms for the employees and saves money. The first phase of construction at the casino is complete. A 200-room hotel will open in 2022. Hard Rock International is owned by the Seminole Tribe of Florida. It is the first of two phases of the construction. In Florida, the system is implemented in the Hard R Rock Hotels and Casinos. For more information on InviTech's Linen Management, Laundry and Uniform Systems, visit their website.
Travel ・ 14 July 2021

The new Hard Rock Casino Northern Indiana celebrated its grand opening with a legendary Guitar Smash on Friday morning. The $300 million casino and entertainment destination officially opened to the public on May 14 at 5 p.m. It includes a 200,000-square foot entertainment complex, a 150,00- square foot gaming floor, five food venues, an on-site sportsbook, and a 1,954-seat HardRock Live performance venue. There are more than 170 pieces of music memorabilia on display inside the Hardrock Casino. The collection totals over 30 pieces.
Pai Gow ・ 21 May 2021

Gary's newest land-based casino will celebrate its grand opening on Friday. The $300 million Hard Rock Casino Northern Indiana will open its doors following a Guitar Smash event featuring celebrities. The event marks the completion of the first phase of development. Phase 2 will include the addition of a 200-room hotel and a multi-level parking garage.
Sports ・ 13 May 2021

The Hard Rock Casino opens its doors to the public on Friday at 5 p.m. It's the first land-based casino in the Hoosier State. The Times was given an exclusive tour of the 200,000-square foot building. The main entrance is located behind a 37-foot-tall-by-15-ft-wide guitar marquee modeled on the Airline Town and Country guitar owned by onetime Gary resident Joe Jackson. There are 1,300 slot machines and table games. They are surrounded by an artistic representation of a guitar with references to each member of Jackson 5.
Covid ・ 09 May 2021

Hard Rock is looking to hire around 200 live dealers for its new casino resort in Indiana. The $300 million casino and entertainment destination is scheduled to open in the spring of 2021.
Live Gambling ・ 19 January 2021