He most recently served as the southeast group president and chief operating officer for MGM Resorts, where he led Beau Rivage Resort & Casino in Biloxi, Mississippi, and Gold Strike Casino Resort in Tunica, Mississippi.

Lunn succeeds former Borgata president Melonie Johnson, who is returning to MGM's National Harbor casino as president and chief operating officer, a job she held before joining the Borgata in 2020.

The move reduces the number of women in charge of Atlantic City casinos to one; less than a year and a half ago, there were four. The lone remaining female casino boss here is Jacqueline Grace at the Tropicana, where she serves as senior vice president and general manager.

“It’s an honor to be joining this incredibly talented team,” Lunn said in a statement. “Borgata is a world-class resort destination with a brand recognized nationwide for its spectacular accommodations, culinary program and entertainment offerings. I can’t wait to jump in and connect with all of the employees, guests and local community members.”

Shares of MGM Resorts International (NYSE:MGM) are up more than 16% over the past month. That’s prompted some analysts to opine the stock is building second half momentum. READ MORE HERE

NCPG is proud to recognize our Leadership Circle as innovators in the fields of problem gambling and responsible gambling. These partners support the operations, sustainability and growth of NCPG. This #MembershipMonday, NCPG is excited to highlight MGM Resorts International. 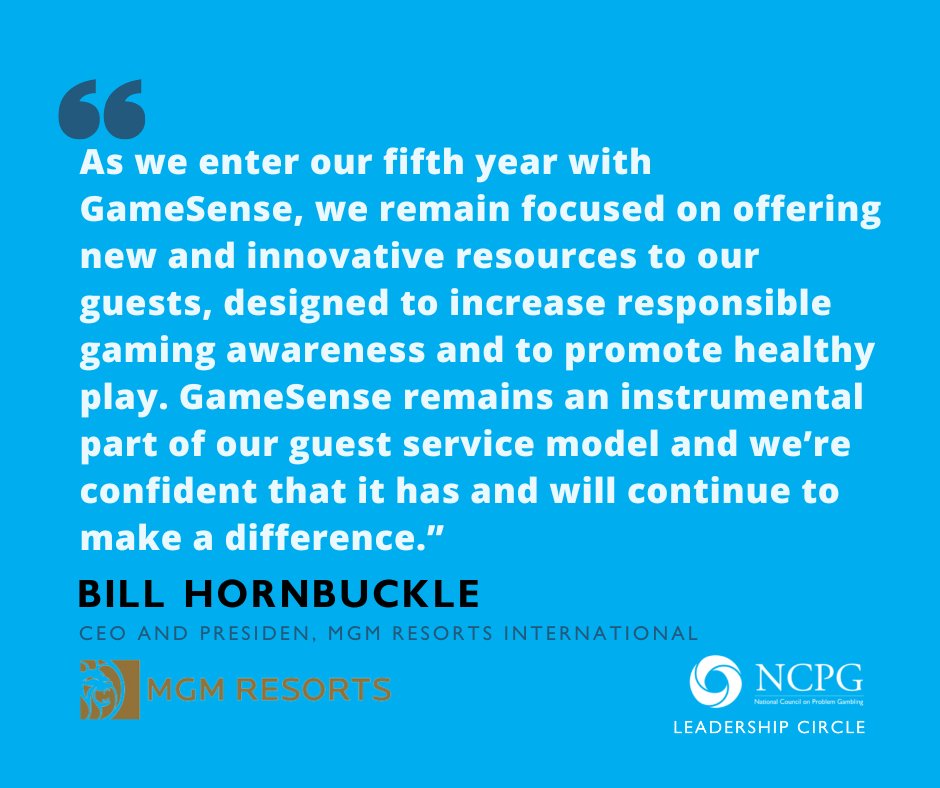 Bally's Atlantic City is hosting Whiskey Week from February 2-6. The gaming hall is presenting 17 events, only one of which is open to the public. There will be a four-course tasting dinner at Guy Fieri's Chophouse, three Frank Sinatra-themed, four course tasting dinners at Jerry Longo's meatball’s & martinis and a trivia night at Water Dog. Crown Royal is sponsoring a Purple Bag Project in the hotel lobby. The event is aimed at promoting the use of whiskeys and educating the staff.
Sports ・ 21 January 2022

Which US State has the best Casinos?

Some states have better quality casinos than others. The states with the best casinos are: New Jersey, Nevada, California and Arizona.
Land-based ・ 01 December 2021

BetMGM player from Gloucester City won $932,149.72 on IGT MegaJackpots Wheel of Fortune On Air. It is the second-largest online casino jackpot in 2021 in New Jersey.
Winnings ・ 18 October 2021

Terry Glebocki resigned as CEO of Ocean Casino Resort effective Monday. The company did not give a reason for her departure. Ocean ranked sixth in brick-and-mortar casino revenue in 2019 at $215.7 million. In 2020, it ranked third behind Borgata and Hard Rock.
Industry ・ 11 October 2021

The Borgata Hotel Casino & Spa has announced a new air service that will transport gamblers to and from the Atlantic City property. The service is called MGM Direct and it will be offered to as many as 75 US departure cities. Clearwater, Florida, Cincinnati, Ohio, Buffalo, New York, Charlotte, North Carolina, Houston, Texas and Detroit, Michigan are among the cities covered by the charter program.
Travel ・ 20 July 2021