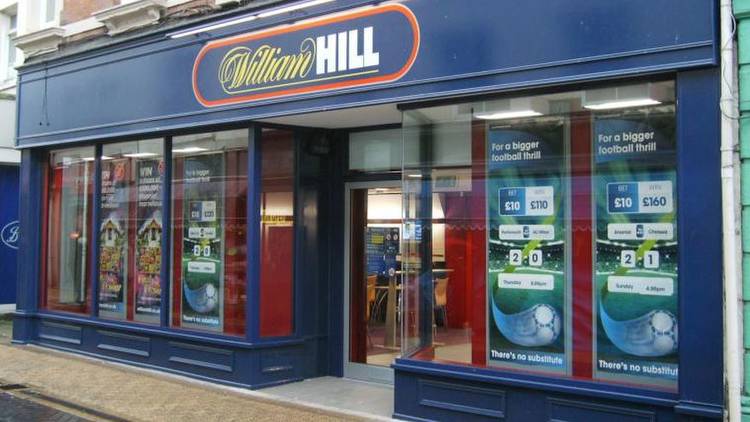 William Hill announced that EuroGrand,21 Nova, and Casino Club brands will cease to operate by January 2022. According to company officials, the move is part of streamlining its operations.

"We have taken a strategic decision to close our EuroGrand, 21Nova and William Hill Casino Club brands. This comes as part of our continuous evaluation of our brands and business footprint," William Hill spokesperson stated.

William Hill informed its affiliates via email that the firm had no other purpose for restructuring its operations. They also instructed them on how to deal with clients at the three brands that are set to be closed.

William Hill has advised its affiliate partners that all promotions related to the trio of brands should be discarded immediately. Starting Monday, November 29, they will not be accepting new clients. They shall also pull down promotion materials associated with the brands from the particular websites.

Clients will be able to play or withdraw their funds until January,24,2022. After the specified date, the brands will not operate.

EuroGrand and 21Nova first opened their doors in 2006, while Casino Club was launched in 2009.

Mr. Green was launched in 2007 in Malta and is now one of Europe's leading online gaming havens. William Hill purchased Mr. Green in January 2019 for £242 million in cash.

After the three brands go offline, William Hill will still carry on with its operations of six online casino sites in the U.K.William Hill will continue to run Redbet, 11.lv, Bertil, Mama Mia Bingo, and the company's internet gambling platform, and Mr. Green.

According to the company, William Hill's online activities generated 61% of the company's $1.76 billion in 2020 revenue. Retail accounted for 26% of total revenue, with U.S. operations accounting for the remaining 13%.

William Hill has gone through a transformation in the last year and a half, with the U.K.-based firm having two different owners.

U.S. casino giant first purchased it in a £2.9 billion ($3.7 billion) transaction announced in September last year. Still, the remainder of the firm was placed up for sale since the U.S. casino operator was only interested in owning and running William Hill's U.S. assets.

, a Gibraltar-based online gambling company, won the bid after it was put up for sale and purchased it for $2.75 billion for William Hill's non-US operations.

#CatenaMedia aims to save €5m in review of European business The affiliate giant has begun a consultation on layoffs in Europe.

As the new Casino Director of @Betcris, he will be responsible for implementing the operator’s casino strategy, including operational and promotional activities. 👔

French iGaming supplier @moobifun has announced a deal with @GrupoPefaco, the Barcelona-based casino operator, to digitalize the operator’s casino operations in Africa.

888 Holdings shares plummet as online gambling is hit by slowdown

888 Holdings shares plummeted on Friday after the gambling group revealed a massive drop in profits. Pre-tax profits at the Gibraltar-based business tumbled by two-thirds to £14.4m in the first half of 2022. New safety controls and reopening of betting shops hit online gambling.
Sports ・ 4 days

British online gambling firm 888 forecasts lower half-year revenue. It proposes a senior secured offering worth 1.02 billion pounds ($1.25 billion) and will use the proceeds to cut debt and finance the acquisition of William Hill.
Finance ・ 23 June 2022

Gambling group 888 raked in record revenue last year. Revenue for 2021 rose 14% to $972 million. Growth slowed in the final quarter as countries lifted COVID-19 restrictions. The company bought William Hill's businesses outside the United States from Caesars last December. Analysts expect the acquisition to improve earnings and share performance this year, but they say the U.S. operations remain too small to contribute meaningfully to the revenue at present.
Winnings ・ 20 January 2022

William Hill has been offering its players a fresh online gambling environment since January 6, 2022.
Baccarat ・ 20 January 2022

William Hill will shut down three of its online casino brands in early 2022.
Industry ・ 25 November 2021

Evoke Gaming has been ordered to re-verify player accounts between January 2019 and July 2019. The Swedish Gambling Authority found a number of verification discrepancies related to players who registered in the above-mentioned period. The investigation into Evoke focused on the company’s management of its licensing duties under the new law. All locally licensed online casino and betting operators are required to make sure their customers are verified to the standards outlined by the law as outlined in Spelinspektionen's report.
Law ・ 20 September 2021

888 Holdings is buying the international operations of bookmaker William Hill for £2.2bn. Caesars Entertainment bought William HIll in April. The reverse takeover gives 888 more scale to capitalise on a surge in demand for digital gambling during the pandemic. It will also add WilliamHill's 1,400 betting shops. 868 plans to keep the remaining Williamhill shops open. The two businesses will work on creating a joint management team. Analysts estimate the WilliamHill deal will roughly quadruple its size. They say the new combined entity would have earned $664m in the financial year to March 2021.
Mobile ・ 10 September 2021

888 will buy William Hill's non-U.S. assets for 2.2 billion pounds from Caesars. Caeresars bought William HIll for $3.03 billion earlier this year. 888 will raise 500 million pounds through a share sale. The company expects cost savings of at least 100 million dollars per year from the purchase. The Times reported earlier that 868 had outbid Apollo for the assets.
Sports ・ 09 September 2021

Apollo Global Management and MGM Resorts International are interested in buying The Cosmopolitan of Las Vegas. Blackstone is looking to sell the Strip casino for $5 billion. Apollo has been on a buying spree for gambling assets across several continents. MGM is selling Aria Resort & Casino and Vdara Hotel & Spa to Blackstones. The private equity firm owns half of MGM Grand and Mandalay Bay and is leasing the resorts to MGM for a $292 million in annual rent.
Travel ・ 06 September 2021

Online gambling operator Mr Green has been fined SEK31.5 million ($3.6 million) by Sweden's competent regulator, Spelinspektionen. The case against Mr. Green started in the fall of 2019 following complaints that the operator had failed to implement proper AML and responsible gambling controls. Spleinsponsekten's casework included details about 15 customers who all displayed problem gambling behavior or AMl/criminal intent while wagering money with MrGreen between January 2019 and June 2020.
Law ・ 26 August 2021

Advent International is interested in buying William Hill's non-US gambling assets. The company is vying against buyout rivals Apollo Global Management and 888 Holdings. William HIll became part of Caesars Entertainment in April. Caeres only wants to sell the US business. The portion of the business that is being auctioned off is expected to fetch at least £1.2 billion.
Industry ・ 12 July 2021

William Hill has launched its new website in Colombia. It is the ninth regulated market the company is active in. The company bought a majority stake in Alfabet S.A. in late 2020. Alfabet has been running the BetAlfa.co brand since obtaining the necessary regulatory approval three years ago. William Hill rebranded Beta Alfa as WilliamHill.
Industry ・ 28 May 2021

Entain is considering making a bid for William Hill's non-US gambling arm. Caesars Entertainment Inc. acquired William HIll last month in a £2.9 billion deal. Entain's CEO Jette Nygaard-Andersen wants to look at WilliamHill's UK and European operations. The non the US business includes a network of betting shops across the UK as well as UK online gambling operations and accounted for over 80% of the company's sales in 2020.
Industry ・ 08 August 2021

William Hill has projected a decline in 2020 revenue of 16% compared to 2019. The company has 1,444 high-street betting shops and a retail unit expected to make a £30-million loss. Online revenues increased by 12% after the company rolled out the Mr Green brand in two new regions. CEO Ulrik Bengtsson believes 2020 was an unparalleled year for the UK gambling group.
Sports ・ 19 January 2021

Push Gaming has partnered with William Hill to provide it with its entire slots portfolio. The integration will be carried out via Push Gaming’s in-house gaming platform. Push gaming has already partnered up with GVC Holdings to supply its content portfolio to its brands. Last week, the company announced it has agreed to do the same with Ladbrokes, Coral, and bwin.
Industry ・ 30 May 2021