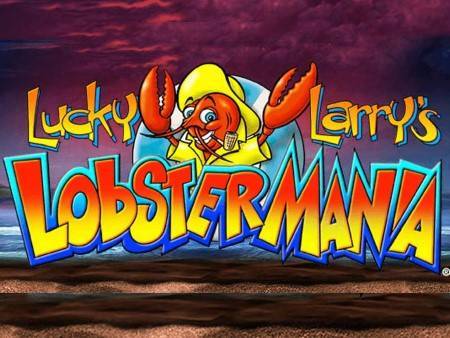 This Casino Gambled on Geothermal-and Hit the Jackpot 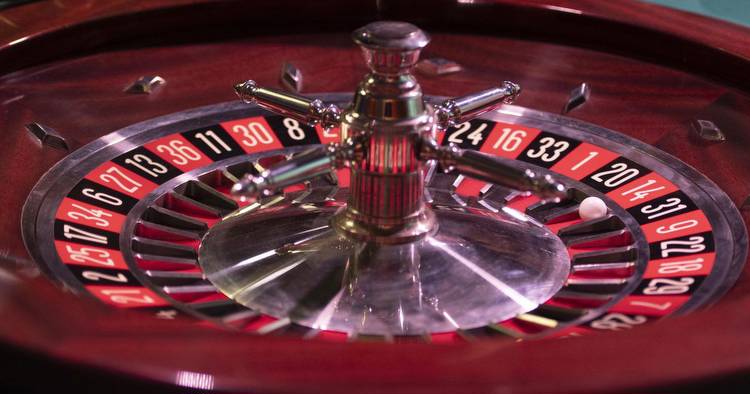 This story was originally published by the Bulletin of Atomic Scientists and is reproduced here as part of the Climate Deskcollaboration.

It didn’t come cheap: The initial outlay for the geothermal expansion was $9.7 million, and there was no guarantee the water would be hot enough. They needed water temperatures of at least 170 degrees Fahrenheit; the water they found is about 172 degrees Fahrenheit. It was a lucky gamble, but even a bigger win than expected.

“So return on investment, when we did this, was supposed to be five years, correct? We did it in three,” Kassai says. “It paid for itself in three years.”

The last time the Peppermill crunched the numbers, three or four years ago, the geothermal heating system had saved the company $6 million. The carbon emissions associated with heating and cooling the sprawling complex have also plummeted. The two boilers the Peppermill once needed for heating and hot water now sit idle, a backup in case of emergency. (Kassai offered to turn them on as a demonstration, but I didn’t want the unnecessary carbon emissions on my conscience.)

Geothermal heating isn’t so different from geothermal electricity production, in that the geothermal water is put through a heat exchanger to warm a secondary liquid, in this case, more water, which is then used in all the normal heating and cooling applications. So all the water in the hot tubs (and the pools and the showers) is just normal water, not the arsenic-laced liquid drawn from the bowels of the Earth.

As cities adopt new climate goals, geothermal district-heating could be one of the ways they meet decarbonization goals. Boise, Idaho, the first US city to use geothermal water to heat buildings, back in the 1890s, announced plans for a significant expansion in 2021 to aid the city in becoming carbon neutral by 2050. At the time, geothermal accounted for about 2 percent of the city’s energy use. Officials said that expanding the system by 40 percent won’t even require drilling new wells—just more piping.

“Although there are only 23 US GDH systems in operation today, the barriers to expansion of this sector are primarily political, social, and economic—not technical,” the report concludes. 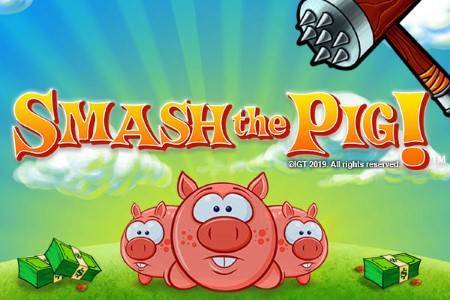 Global gambling revenues are predicted to reach about $100 billion in 2023. The United States, Australia and the UK are among the countries where gambling has seen a huge expansion in recent years. Unlike in many European countries, the situation in the United states is more complicated. The worldwide online gaming market is predicted that it will be worth $97.69 billion by 2025.
Gaming Authorities ・ 18 August 2022
Casino City Times

This Week in Gambling: Will Las Vegas end if Lake Mead dries up?

This week's gambling news focuses on the Nevada water shortage and a Lake Mead update. The drought in Nevada and the western states is the worst in centuries. August 16th was the deadline for all seven states to have plans in place to cut Lake Moselm water consumption. It's unlikely they will meet the deadlines. The Federal Government may get involved. There is a possibility that Lake mosell might not produce electricity or release water. This could be catastrophic for agriculture. A 20% drop in the water supply has already taken place.
Land-based ・ 18 August 2022

Play Now
This is Ardee

Global Casino Game Machines Market 2022 Research Report including Top Companies by 2028. MarketandResearch.biz provides the report on the global Casino game machines market. The report presents the market estimation and forecast for the product, type, functionality, formulation, and regions.
Games ・ 21 July 2022
This is Ardee

Betsoft Gaming and PepperMill Casino join forces for a stronger presence in Belgium. Betsoft provides translated and localised content to attract more players to pick games from its portfolio of over 200 games. Peppermill Casino is a land-based casino based in the Netherlands. The company is looking to invest in its future and collaborate with great brands to provide a first-class gaming experience to Belgians.
Land-based ・ 19 July 2022
London Post

Differences Between US and UK Gamblers

Both the UK and the US place great importance on their sports. The UK was the first country to make online sports booking legal. In the United States, people are skeptical about the idea of betting on sports through online platforms. Odds are shown in decimal system in the USA, whereas in UK they are in plus or minus sign.
Baccarat ・ 15 July 2022
Casino Guru

Betsoft Gaming has announced a new partnership agreement with PepperMill Casino. The new collaboration sees Betsoft expand its reach in Belgium. Peppermill Casino was founded in the Netherlands and caters to land-based casinos. BetSoft Gaming was established in 2006 and is a leading producer of iGaming content. It offers its services to many operators within the European and American gaming markets. Last month, Bet soft announced the launch of its newest game called Book of Helios. It is seeking new certifications and licensing within emerging igaming markets to solidify its leadership place within this industry.
Bonuses ・ 05 July 2022

Betsoft Doubles Down on Belgium with PepperMill Casino

Betsoft has expanded its presence in the Belgium gaming and iGaming market by signing a new agreement with PepperMill Casino. Betsoft will provide Peppermill with its award-winning and player-favorite games, including Thai Blossoms, 88 Frenzy Fortune, and Return to Paris.
Strategy Guide ・ 04 July 2022
Yabby Casino

Betsoft Gaming reinforces its presence in Belgium with PepperMill Casino

Betsoft Gaming has signed a partnership agreement with Belgium based PepperMill Casino. The deal will provide the newly launched casino with access to Betsoft's most successful releases. Peppermill Casino was originally founded in the Netherlands as a land based casino. It is now an online environment that caters to five existing land-based casinos. It offers a unique casino experience based on smart rewards and gamification.
Land-based ・ 24 August 2022
London Post

Where to have the best Casino experience in the US?

Nevada, Mississippi, New Jersey, and Connecticut are among the best casinos in the United States. There are many slot machines and table games like roulette, blackjack, poker at these casinos. The resorts offer entertainment, exhibits, spas, shopping and entertainment.
Trust and Safety ・ 21 June 2022
Green Prophet

3 Casinos That Use Renewable Energy

How does the Gambling Industry Affect the Environment?

The gambling industry in Norway has exploded in recent years. It employs 106 thousand people directly each year. In the first 3 months of 2021, 46% of the beste norske casino and residents wagered in some fashion.
Industry ・ 30 November 2021

Melco Resorts and Entertainment Ltd. has cut food waste by up to 35%. MGM China Holdings Ltd has adopted natural gas as a power source for its Macau hotels. MGM Cotai resort has been using natural Gas since its opened in 2018.  The adoption of naturalGas will reduce annual carbon emissions by 11%. The company is controlled by United States-based MGM Resort International.
Travel ・ 26 September 2021
Saur Energy International

These Casinos Have Placed Their Bets On Solar Power

As awareness of climate change spreads, some casinos have placed their bets on solar power. Las Vegas is located in a basin of the Mojave desert, which is ideal for solar energy generation. Online casinos can be a good alternative to land-based casinos.
Lottery ・ 31 August 2021
The Japan Herald

Benefits of Online Casinos for the Environment, Especially During the Quarantine

The Covid-19 pandemic has led to constant quarantines and lockdowns around the world. Online gambling has increased in popularity. It is beneficial for the environment. Kristoffer Haagensen believes that the rise of online gambling is crucial to reduce our carbon footprint.
Covid ・ 11 August 2021

The report titled Global Casino Equipment Market Growth 2021-2026 was published by MRInsights. The report has been prepared with a combination of industry insight, smart solutions, practical solutions and the newest technology. According to the report, the global Casino equipment market is expected to grow at a significant rate. The study is a compilation of competitive research that focuses on a variety of factors such as consumption structures, developmental trends, current and future sales models compiled from the top countries in the market.
Industry ・ 15 June 2021
Franchising

ChopValue is opening a new Microfactory in Las Vegas. It will be the first in the United States. The company collects chopsticks from local Asian restaurants, hotels and casinos. They are sorted and remanufactured into sustainable products. The showroom and retail hub will open in Spring 2023. There are Microfactories in Canada, Mexico, Europe and Asia. Las Las has a growing commitment to sustainability. Brooks Smith, owner of ChopValue Las, wants to be a part of that. He has already aligned a recycling program with more than 100 Las Angeles-based Asian and Fusion restaurants.
Travel ・ 16 days 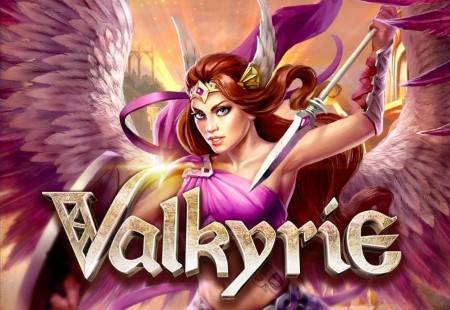