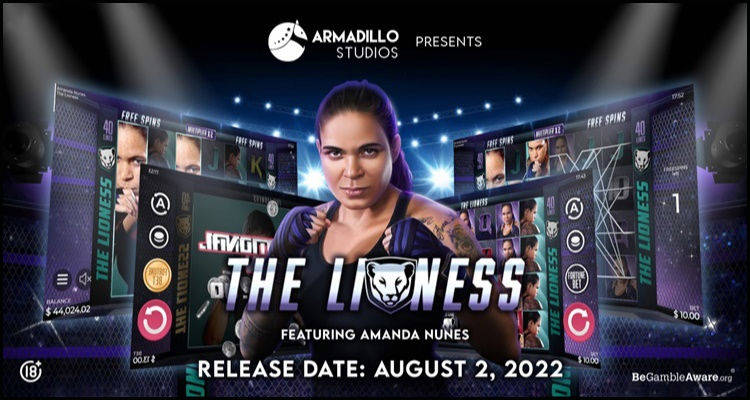 The Lioness advance is the first branded video slot from EveryMatrix Software Limited. It will be available to iGaming operators around the world from August 2. The game is themed around Brazilian professional mixed martial arts champion Amanda ‘The lioness’ Nunes.

The Lioness video slot is being developed by Armadillo Studio. It's a game about UFC champion Nunes. There's also a Fortune Bet mode that can upgrade the protagonist's punching power.

Armadillo Studios was established last summer. It has already released Queen of Egypt: Exotic Wilds and 15 Armadillos video slots. The Lioness game is destined to come with a 93.79% return to player ratio and scatter symbols.

The Lioness is coming from Armadillo Studios. It will be premiered three days after Amanda Nunes' fight with Julianna Pena. The director describes the female lead as an ambitious fighter who doesn't show weakness. She is also one of the best mixed martial arts ground wrestlers.

Armadillo Studios has Launched THE LIONESS Slot with Amanda Nunes 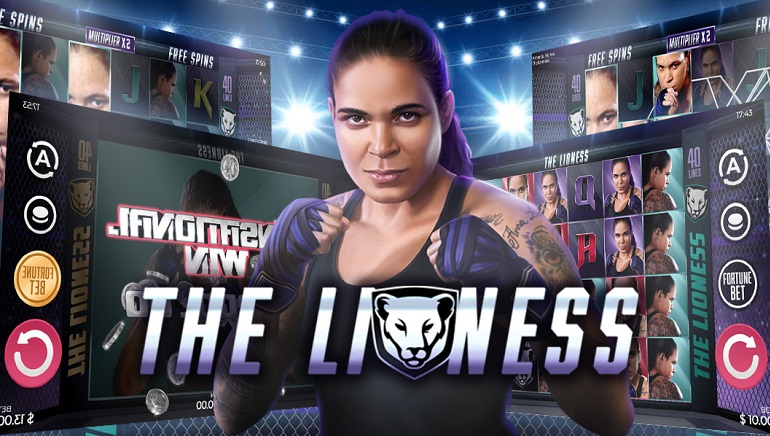 David Stoveld of 's Armadillo Studios explains the factors behind the decision to utilise Amanda Nunes within the fabric of a slot, and the desire to land a telling blow across the industry, in the Americas and beyond. 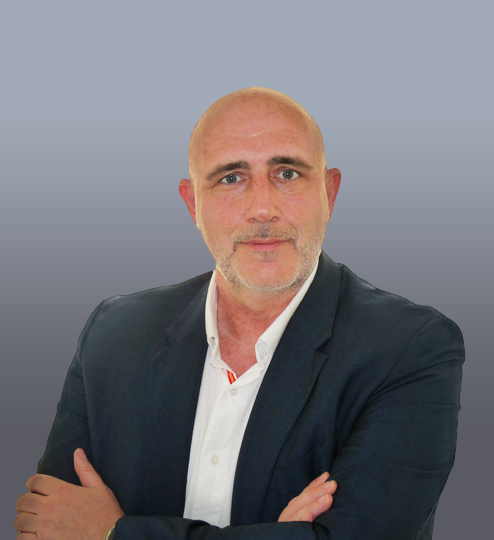 EveryMatrix agrees to provide 888casino with content from its brands. The agreement covers games from EveryMatrix’s Armadillo and Spearhead Studios. Every Matrix is already live in several US jurisdictions, including Pennsylvania, New Jersey and Michigan. In May, the company acquired a license for West Virginia.
UFC / MMA ・ 29 days

EveryMatrix signs deal with 888casino for the U.S. market

EveryMatrix has signed a new gaming content deal with 888casino. EveryMatrix is already present in the U.S. market and has a key commercial hub in Miami. The company has been filing for licenses in several jurisdictions in recent years. 8888 is one of the largest international gaming operators. iGaming integration platform, CasinoEngine, will be integrated with the content from Spearhead Studios and Armadillo Studios.
Industry ・ 28 days

EveryMatrix has partnered with BetMGM, the leading iGaming operator in the US. BetmGM players will have access to content from EveryMatrix's two in-house game studios on its platform in New Jersey. Every Matrix will offer its players a collection of titles created by Spearhead Studios and Armadillo Studios.
Industry ・ 01 July 2022

Armadillo Studios is releasing its first branded slot in the company of Amanda Nunes. The Lioness will be available as early as August 2.
UFC / MMA ・ 29 June 2022

Armadillo Studios to release its first branded slot featuring the famous Brazilian MMA champion Amanda Nunes. The new title will be live on August 2, 2022. Amanda is set to fight Julianna Peña on July 30 in Dallas. The slot captures Amanda's successful career by taking the players to the UFC cage. It will increase the studio's reach of new player bases and demographics. David Stoveld, COO of Armadillo, says: "We are thrilled to finally be ready to launch a slot centred around a true, one-of-a-kind MMA icon".
UFC / MMA ・ 28 June 2022

GameArt Limited has bought Cypriot company SlotVision Limited for an unspecified amount. The new arrangement will see the development of HTML-friendly video slots under the Slotvision Powered by GameArt moniker.
Games ・ 19 May 2022

John Daly: Spin It and Win It (video slot) from Spearhead Studios

Spearhead Studios has launched its five-reel John Daly: Spin It and Win It video slot. The Spanish developer received a supplier license for the newly-regulated iGaming market of the Netherlands.
Software ・ 05 February 2022

15 Armadillos is the first game released by American online slot developer Armado Studios. The game is set in the Florida Everglades near the company's offices and studios in Miami. It has 243 virtual paylines and is highly volatile with multiple bonus mechanics and theoretical return to player percentage (RTP) of 94.7%. The 5×3 title is certified in six markets already and distributed exclusively by Spearhead Studios, the in-house development arm of EveryMatrix.
Lottery ・ 19 January 2022

Armadillo Studios launches its first game, 15 Armadillos, on the 20th of January. The game is a 5×3 high volatility video slot with a jackpot of 10,000x for filling all 15 positions. It is distributed exclusively by Spearhead Studios and is certified in six markets. The studio has recently partnered with Amanda Nunes for a branded casino game. Queen of Egypt – Exotic Wilds is expected to be released in the second half of the year. They focus on bringing premium-quality content to the rich and expanding U.S. casino market.
Bonuses ・ 18 January 2022

Resorts Digital Gaming to launch EveryMatrix content in US

Kindred will provide EveryMatrix with online casino content in states where Kindred is licensed to offer iGaming services. Kinded is a leading i gaming company that runs nine global and local brands, including flagship operation Unibet. It made its first foray into the US in 2018 when it partnered with Hard Rock Hotel & Casino in Atlantic City to launch a gambling site in New Jersey’s regulated market.
Sports ・ 18 August 2021

EveryMatrix completes contract with Kindred for US casino content distribution

EveryMatrix completed contract with Kindred Group for nationwide casino content distribution. Kind red will use EveryMatrix's games from Spearhead Studios and Armadillo Studios. Every Matrix is a leading technology provider in the United States. Kindro is investing heavily in licensing to gain access to the US market. It engages in multiple licensing processes, including New Jersey and Pennsylvania. The United states will become the world’s largest regulated online gaming market in coming years.
Sports ・ 17 August 2021

Red Rake Gaming has launched its new Max Dangerous and the Lost Relics online slot. The four-row video slot is themed around the exploits of the protagonist Max dangerous.
Bonuses ・ 26 June 2021

Microgaming has launched a new Deadmau5 video slot. The game was developed in partnership with Eurostar Studios. It is a five-reel and 243-ways-to-win game with Rolling Reels and Cube Scatters advances.
Bonuses ・ 28 July 2021