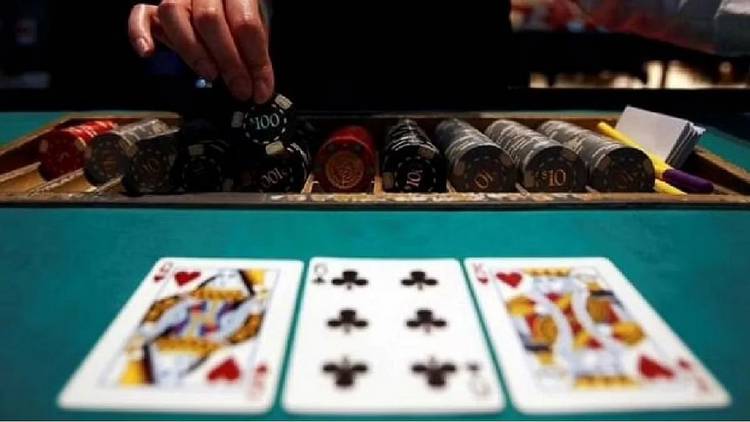 CHENNAI: Sifting through the whopping 10,000 responses sent in by the public on how to deal with online gaming/gambling with stakes, the State government has found that an overwhelming majority of them have called for banning virtual games due to the effect they have on families.

Sources said the government was considering imposing restrictions on how much time a player can spend on these sites per day or week.

“Out of the more than 10,000 emails sent by the public, including politicians, parents and teachers, more than 99 per cent are in favour of a blanket ban on online gaming and gambling sites. They believe these sites are a menace to the society, as they are taking away lives and pushing families under debt,” a senior official said on condition of anonymity.

“The government is planning to introduce restriction on timing, like allowing a person to play only for one hour per day or three hours a week, etc.,” said the official, adding that they would proceed carefully considering how many states including Tamil Nadu met with setbacks after courts quashed the legislations.

The government had constituted a committee headed by retired Madras High Court judge K Chandru to analyse the impact caused by online gaming/gambling sites. After the committee submitted a report within two weeks, there were complaints from online gaming companies and also the public that their views were not taken into account. Hence, a stakeholders’ meeting was called for and people were also asked to mail their suggestions.

Understandably, the response from the gaming community was not the same as that of the public. “There were 17 representations from online gaming companies and professional gamers, who wanted regulations rather than a blanket ban. According to them, regulation will bring discipline,” said the official.

The gamers want the government to distinguish between games involving money and casual ones. “The gamers claim that 70 per cent of the online games are hyper-casual ones which do not involve money. The companies get revenue through in-game advertisements unlike games involving money where participants have to pay to play. The gaming companies wanted the latter kind to be regulated,” the official added.

Stating that the views of both people and gaming companies would be taken into account, the official said, “Playing rummy online and in person are not the same. Several factors such as time and players’ behaviour determine the game while playing physically but it is not the case online. There is no such thing as a game of chance or game of talent while playing online.”

Tamil Nadu cabinet has passed an ordinance to stop online gambling. The previous AIADMK government tried to pass a law to ban real money gaming, but the Madras High Court struck it down. DMK government promised to introduce another law that would withstand judicial scrutiny. The ordinance will need assent from the governor of Tamil Nadu before it is promulgated. It is likely to use the term "online gaming" because legal victories by the real-money gaming industry have ensured that so-called games of skill are not classified as betting or gambling, forcing legislators to find an alternative term.
Law ・ 1 day

In December last year, a member of parliament brought the attention of the house to the urgent need of adopting a comprehensive regulation over online gaming in India. The unregulated status of India’s online casino, betting and skill gaming market exposes the public to various risks. It is difficult to prevent kids from getting addicted to online games. There is a controversy whether it is game of skill or game on chance. Some states tried to ban all gaming but were rejected by the High Courts. Karnataka's ban was struck down in February 2022.
Politics ・ 16 August 2022

Tamil Nadu government is looking to introduce regulations on online gaming. There have been at least 20 deaths by suicide in the state due to financial debts from online games. The non-profit EPWA wants the government to not criminalise online skill-based gamers. The government will take a call after reviewing the report. It constituted a committee led by former Madras High Court judge K Chandru to look into the issue.
Industry ・ 16 August 2022

Tamil Nadu reports at least 20 deaths due to online gambling. The government is holding a consultation meeting on August 11, 2022 to get the public's opinion on the proposed legislation on online games. The stakeholders’ consultation will be held on a separate time slot for organizations that want to make a representation. There are helpline numbers of suicide-prevention organisations that can offer emotional support to individuals and families. If you are aware of anyone facing mental health issues or feeling suicidal, please provide help.
Industry ・ 07 August 2022

We need to formulate a structured gaming law that allows players to enjoy the thrills of online gaming responsibly, safely, transparently and securely

The government has constituted a committee to examine issues related to online gaming. The committee will make recommendations for promulgation of an ordinance to regulate the sector. EGF has already designed and implemented its own code of conduct. The way forward is to formulate a structured gaming law that allows players to enjoy the thrills of online games responsibly, safely, transparently and securely. It will also provide a secure and trustworthy environment. For the players, the industry and government, it is important to develop a regulatory framework defined by progressive policies to monitor and mitigate the possibility of irresponsible gaming and to promote healthy gaming habits.
Law ・ 25 June 2022

There are three types of online gaming: fantasy sports, esports and casual games. Fantasy games allow users to create a team consisting of players from real sports teams and win points according to how they perform in the real tournament. E-sports are video games of yesteryears now played online in an organised fashion. Casual games are either a game of chance where the end result is determined by random activity such as rolling the dice or a physical and mental strategies to win. There is no clear who should regulate the industry. The IT ministry is responsible for the information technology system, but the Act governing the sports ministry did not envision electronic gaming.
Law ・ 25 May 2022

Online Casino Is Booming, Data Reveals Which Indian States Gamble The Most

Just six major cities account for two-thirds of all internet betting in India. Sportsbooks are popular amongst all ages and financial positions. International casinos make the most money off of Indian gamblers.
Law ・ 24 January 2022

New report illustrates what India’s gambling regulation should look like

New report illustrates what India’s gambling regulation should look like. A number of states have rolled out their versions of the so-called regulation in an attempt to govern India's thriving online gambling industry.
Law ・ 22 December 2021

Games people play: Should online gaming and gambling be banned or regulated?

Karnataka government banned online gambling a fortnight ago. It is not the first government to ban online betting. In 1981, President Marcos of the Philippines banned video games. The Philippines also banned live streaming of online games in April this year. The governments have been accused of interfering with the lives of people. They were driven by the need to protect ordinary citizens. Some states banned all kinds of gambling. Others maintained the fine difference between game of chance and game on skill. All states were concerned about the public safety. China was not happy with this. There were concerns that the live streams of these games were choking the internet.
Law ・ 12 October 2021

Anandan, 31, committed suicide in Tamil Nadu. His family accused him of being addicted to online gambling and not sending money home. Anandan had lost more than Rs 5 lakh in online gaming. He had been playing online for nearly 3 years. His brother took a loan to make Ananda study ME. The family wants the online betting to be banned. It was not banned yet. A police investigation is underway. For confidential support call the Samaritans on 08457 90 9090 or visit a local Samaritan branch, see www.samaritans.org for details.
Gambling Addiction ・ 11 October 2021

Karnataka Legislature passed a law to amend the Indian Police Act, 1963, to ban all forms of gambling in the state, including online gambling. The Kerala High Court quashes the government's decision of banning the game.
Law ・ 09 October 2021

Online gambling in Tamil Nadu will invite two years imprisonment and a fine not exceeding Rs 10,000. The Bill seeks to replace an ordinance banning cyberspace gambling. It covers games like rummy, poker and gambling involving wagering or betting in person or in cyber space. The statement of objects and reasons for the Bill says that gambling is addictive and there were some incidents of suicide. There was an earlier ordinance. Bill proposes amendments to the Tamil Tamil Gaming Act, 1930, The Chennai City Police Act and the Tamil Nadu District Police act. They are intended to ban online gambling and provide punishment which includes imprisonment, fine or both.
Rummy Games ・ 05 February 2021