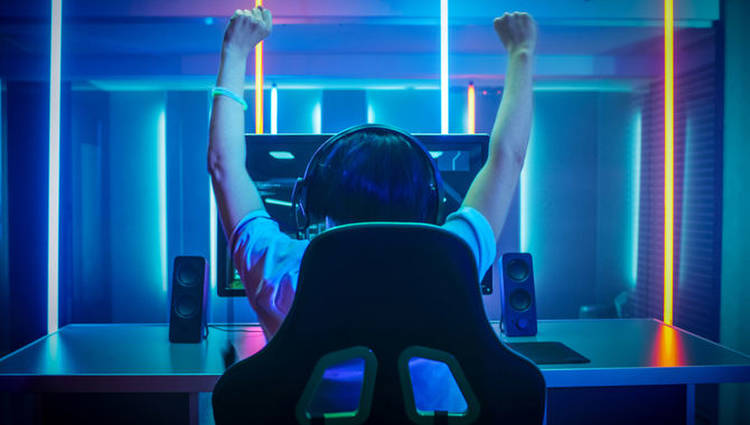 Supplier Swintt is to expand its presence in the Baltic iGaming market this month, by making its entire suite of slots available in Latvia.

Previously launched in Estonia last year, the game studio is now looking to extend its customer reach by debuting titles from the Swintt Select and Swintt Premium ranges in the country, meaning Latvian customers will be able to sample its range of slots for the very first time.

The Swintt portfolio currently houses over 120 titles, with new releases being added every month. Players in Latvia will have the option of playing video slots such as the recently released Hawaiian adventure, Aloha Spirit XtraLock, in addition to more traditional fruit machine-style games, including Seven Books Unlimited and the new prize wheel game, Extra Win X.

To initiate this move, Swintt will team up with online casino Optibet, the same operator it partnered with in Estonia. Through this collaboration, the casino will be granted a limited time exclusivity period where it will be the only site in the country to offer Swintt slots.

This time period lasts from now until the start of April and means Optibet players are able to have an early look at what Swintt is set to launch later in the year.

David Mann, Swintt CCO, said: “Having already enjoyed great success in Estonia in 2021, the team at Swintt couldn’t be more excited about making our Latvian debut this month.

"The initial deal with Optibet represents a continuation of our recent European expansion and will allow players to get a first look at our slots ahead of a wider launch in the country later this year.”

’s premium #sportsbook software will give their new partners a more detailed focus on the Latvian market, as well as the opportunity to deepen their understanding of their customers. 🤝

Take off with Win Eagle to catch and grab the prey and get rewarded with super wins! 🦅 Win Eagle is the latest addition to Swintt’s Premium Game portfolio and is packed full of Eagles and Fruity symbols! 🔞 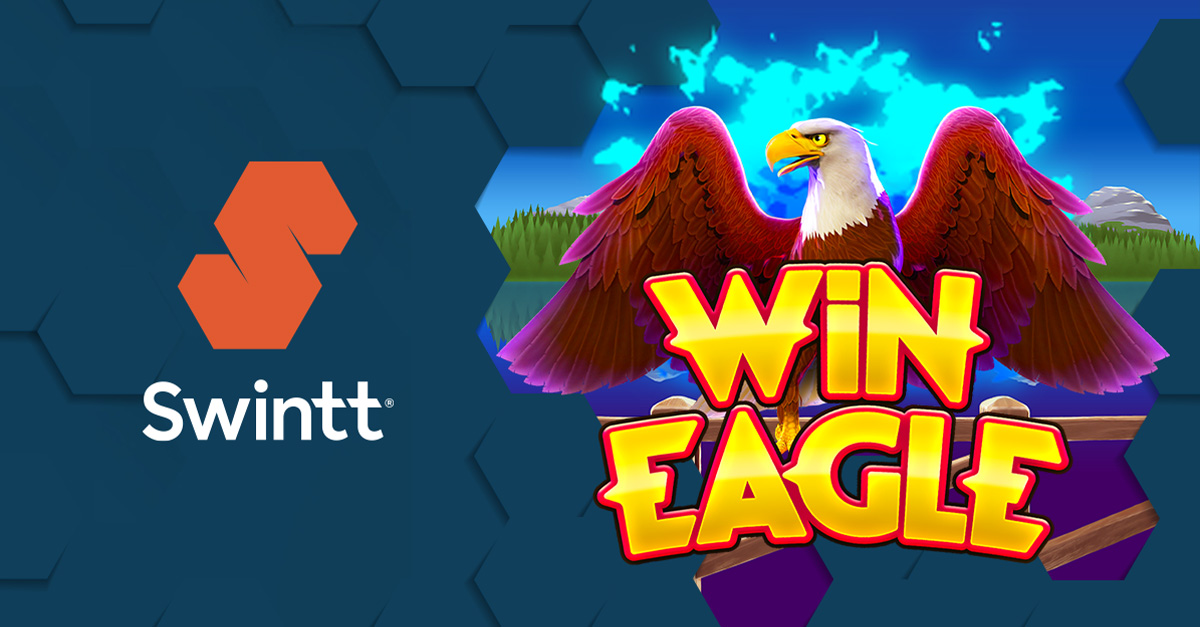 Endorphina and William Hill has partnered!

Ezugi, Evolution Group-owned live casino provider, has expanded its footprint in Europe through a new deal with OlyBet.
Live Gambling ・ 16 May 2022

Playson has agreed to distribute its casino games through the OlyBet betting exchange.
Games ・ 09 May 2022

Latvian online casinos have different kinds of games. To enjoy the best gambling experience at a Latvians casino, you must play top games, such as the top five games discussed here.
Top and Best ・ 28 April 2022

Is playing bingo legal in the Baltic?

Online gambling is legal in Estonia, Latvia and Lithuania. Bingo is a popular form of gambling in Europe and the UK. Online gambling participation rates in Lithuania almost doubled between 2017 and 2019. Online gaming is also legalised in Latvia, Estonia and in 2016. People can play online casinos in other countries if they are sanctioned. There is decline in people visiting brick and mortar casinos establishments in Latvian. The number of tourists visiting land-based casinos has declined. They prefer to play gambling activities online. It is more accessible and simpler to do so. In the Baltic states, people can enjoy gaming on sites that are licensed in each state.
Bingo ・ 27 April 2022

A Brief Guide to Online Gambling in Latvia

Today's post explains the basics about online gambling in Latvia. It also explains what is and isn't illegal and gives some tips on how to have a pleasant time gambling online and keep it safe.
Lottery ・ 20 April 2022

Is online gambling legal in the Baltic?

Estonia, Latvia and Lithuania are liberal democracies with a rapidly rising standard of living and increasing integration with the rest of Europe. Since the dissolution of the Soviet Union, their economies have grown and become more sophisticated. Online gambling has been legalised in Estonia and Latvia since 2010 and later in Lithuania in 2016.
Trust and Safety ・ 30 March 2022

Swintt has announced a new partnership with Baltic online casino brand Olybet. Oilybet will launch its entire range of premium and select slots at SwintT. Estonian players will be able to enjoy over 120 titles. Ollybet was established in 2010 and has recently signed a number of sports betting partnerships with the NHL, Serie A football club Fiorentina, and Lithuania basketball club Žalgris Kaunas.
Industry ・ 28 February 2022

Swintt has gone live in Latvia with sports betting and online casino Optibet. The deal extends the Nordic Leisure Group-owned operator's exclusive rights to Swint's portfolio of slots until the start of April this year.
Gaming Authorities ・ 15 February 2022

Games of Chance in Latvia

The Republic of Latvia is not known as a gambling powerhouse. Since gambling was made legal in 1998, the industry has grown exponentially. Providers offer some of the best casino sites on the planet.
Lottery ・ 10 February 2022

On Air Entertainment has launched its first live dealer online casino game, Standard Blackjack. The company is Microgaming-powered. It took the company less than a year to go live.
Games ・ 26 November 2021

Pragmatic Play is to offer its Live Casino products to customers of Optibet and other brands belonging to Enlabs. EnLabs is a leader in the provision of gaming services across the Baltics and Nordics. Pragmatik's Live casino collection continues to go from strength to strength.
Live Gambling ・ 27 October 2021

Online casinos are legal in the Baltics. There are numerous licensed sites from domestic and international operators.
Gaming Authorities ・ 22 October 2021

Latvia has 10 retail casinos and 13 registered or licensed online casinos. The gambling industry in Latvia has experienced a decline in revenue because of the COVID 19 pandemic. In the first six months of this year, the local gambling sector witnessed a 26 percent decrease in revenues.
Finance ・ 20 October 2021

Casino Banking Habits in the Baltics

Gambling in the Baltic states is flourishing. The market growth has led to an increase in gambling operators, software companies, players and payment methods. Let's bring to light the Baltics' casino gambling habits, including spending habits and preferred payment method.
Payment Methods ・ 13 August 2021

Gambling revenue down 26% in Latvia

Gambling revenue in Latvia has declined by 26% in the first half of 2021. The decline is due to the ongoing Covid-19 pandemic. The traditional gambling sites have worked for 16 days in total this year. Interactive gambling revenue has grown by around 5%. It is still growing, but in similar sizes as it has historically been in recent years. In the last quarter before the pand epidemic, the total gambling volume in Latvian has fallen by two-thirds.
Finance ・ 13 August 2021

What You Should Know About Latvia Gambling Regulations

Latvian gambling associations are extremely strict in maintaining security and safety for all gamblers. The associations keep all the gambling regulators and the best casino platforms updated about the regulations. The top casinos, betting, or slot websites in Latvia are thriving because they comply with the requirements and gambling regulations in Latvia.
Law ・ 06 August 2021

What Kind of Gambling Licenses Are There in Latvia?

There is a rapid increase in the development of the gambling industry in Latvia. The pandemic situation and changing rules and regulations by the Baltic government are contributing to the industry's success. Gambling operators require licenses to continue operations for the public.
Lottery ・ 05 August 2021

Latvia recently changed its gambling laws. Online gambling is legal in Latvia but heavily regulated. Here is everything you need to know about Latvia’s gambling law and the best online casinos in the Baltic country.
Gambling Sites ・ 23 May 2021