Study: States without online gaming losing out on ‘billions in tax revenue’ 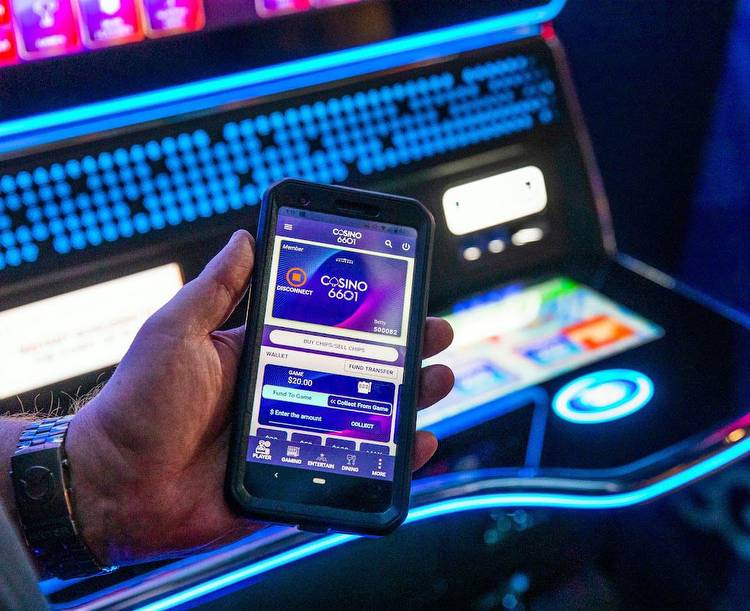 A study commissioned by gaming equipment provider and developer Light & Wonder found that expanding legal online casinos to additional states could produce annual revenue of more than $30 billion with tax revenue of $6.35 billion.

The report, produced by VIXIO GamblingCompliance, looked at the potential financial results if internet gaming – referred to as iGaming – was legal in the 42 states that currently allow land-based casinos, mobile sports betting or both. As it stands now, Nevada only allows online poker.

The $6.35 billion tax revenue figure was based on an assumed 20 percent tax rate for new states — higher than Nevada’s 6.75 percent rate, in line with a 19 percent tax in Michigan, but lower than Pennsylvania’s 54 percent tax for online slots.

In the report, VIXIO authors stated the projected tax revenue reflected an iGaming market that reached a point of maturity, which potentially doesn’t take place until at least the second or third year of full operations.

“States are leaving billions of dollars in tax revenue on the table which could fund a variety of public programs and services without resorting to broad-based taxes,” Glaser said.

Last year, the Nevada Gaming Control Board postponed a planned workshop hearing to discuss potential regulatory changes that would allow the state to offer full online casino gaming. The hearing was never rescheduled.

VIXIO authors highlighted Michigan as a state where a regulated iGaming market could ramp up to a point of relative maturity very quickly and provide “significant tax dollars” within just a few months. VIXIO said “suitable marketing and product investment” by operators and the promotion of iGaming to sports bettors helped Michigan’s launch in 2021.

In a statement provided by Light & Wonder, Indiana Republican state Sen. Jon Ford, the president of the National Council of Legislators from Gaming States (NCLGS), said, “We certainly recognize that iGaming, when structured properly, has the potential to attract a broader demographic, and to become a meaningful source of state tax revenue.”

For now, internet gaming expansion in Nevada beyond online poker is nonexistent as there is a lack of unanimity among the gaming community for adding online casinos.

Nevada legalized internet poker in 2013, but there is just one active site operated by Caesars Entertainment and based on the World Series of Poker.

A year ago, Red Rock Resorts’ operating subsidiary, Station Casinos, headed a contingent of large and small gaming operators in opposing any online regulation expansion unless it was first considered by the governor’s Gaming Policy Committee and ultimately approved by state lawmakers.

Two months later, in October, MGM Resorts CEO Bill Hornbuckle said Nevada’s gaming industry is “missing a significant opportunity for growth” amid reluctance to legalize online casino gaming. But he noted, “there’s a whole contingent of folks who own a lot of brick and mortar (casinos) in this state” that don’t favor legalizing internet casino gaming.

“If you look at what the opportunity could be, I look forward to just talking more about all of it,” Hornbuckle said during a panel discussion at IndyFest, The Nevada Independent’s annual conference centered on political and policy issues. “It could be significant not only for the state, but for the industry and nationally, and potentially even on a global basis."

States Leaving Tax Revenue on the Table By Not Legalizing iGaming, Report Says

States are losing out on an additional $5 billion a year in tax revenues by not legalizing internet casino gambling. In 2021, 30 jurisdictions permitted online sports wagering and just six states allowed full iCasino. icasino generated $3.71 billion in 2021 in the six States that allowed it. Sports betting generated more than $4.29 billion. New York state legalized online betting in January 2022. In the first seven months of 2022, New Yorkers will get more $347 million in state tax money.
Finance ・ 3 days

Pennsylvania is now the nation's leading iGaming state. It is consistently among the top five states for sports betting.
Finance ・ 13 June 2022

Light & Wonder is one of 79 public companies in the “Computer integrated systems design” industry. The company's peers have higher ratings and are better financially than Light &Wonder.
Land-based ・ 09 May 2022

Light & Wonder has expanded its OpenGaming platform in the United States. Barstool Sports and Golden Nugget customers in New Jersey are among the first to have access to Konami's online games. Scientific Games Corporation (NASDAQ:SGMS) closed 1.10% lower at $56.75 per share in NY Wednesday.  Konami Gaming is excited about the launch of this partnership with Light &Wonder.
Industry ・ 28 April 2022

Scientific Games Corporation will be called Light & Wonder, Inc. The company will focus on creating new games and omnichannel player experiences. Scientific Games sold its lottery and sports betting businesses and bought iGaming and Live Casino studios to focus more on casinos and online gambling. The rebranding celebration was attended by Nevada Governor Steve Sisolak. Light and Wonder will operate under an assumed name until a legal name change is complete in Spring 2022. At that time, the company intends to start trading under a new stock ticker it has reserved, LNW.
Lottery ・ 03 March 2022

This Week in Gambling: Las Vegas online casinos are necessary

This week's gambling news finds J. Todd filming on the Las Vegas Strip. The CEO of MGM Resorts has said that Las Las online casinos are necessary for continued growth. Nevada and New Jersey have recently reported more revenue records. The state has not regulated internet casino games. Sheldon Adelson was an opponent of online gambling. He died recently. There are no plans to build new casinos on Las Angeles Strip in the near future.
Travel ・ 14 October 2021

MGM Resorts CEO Bill Hornbuckle is in favor of Nevada legalizing online casinos. He made these comments during a panel discussion at IndyFest. Many of the owners of land-based casinos in the state are against this form of expansion.
Travel ・ 05 October 2021

Nevada's gaming industry is missing a significant opportunity for growth, says Bill Hornbuckle, CEO of MGM Resorts International. He believes the state's brick and mortar casinos are too saturated to grow their business. Station Casinos opposed expanding the online gaming regulations. Nevada legalized Internet poker in 2013. The state legislature adjourned in June. A workshop on the issue was postponed. It hasn't been rescheduled. There is just one active Internet casino in Nevada. Resort World Las Vegas opened at the end of June and the unfinished Fontainebleau project is already in place.
Travel ・ 04 October 2021

The Most Valuable iGaming Customers Are Doing All Forms Of Gambling

The term "omnichannel strategy" is used too often in the online casino industry. It's a catchall term for the idea of giving consumers choices and games to play. Online casinos are already catering to all types of customers. New Jersey, Pennsylvania, Michigan, Delaware, and West Virginia have legalized and implemented online casinos. iGaming is still small by comparison to legal sports betting. However, it provides more revenue for operators and governments than does sports. iCasinos will continue to be profitable.
Movies ・ 29 June 2021