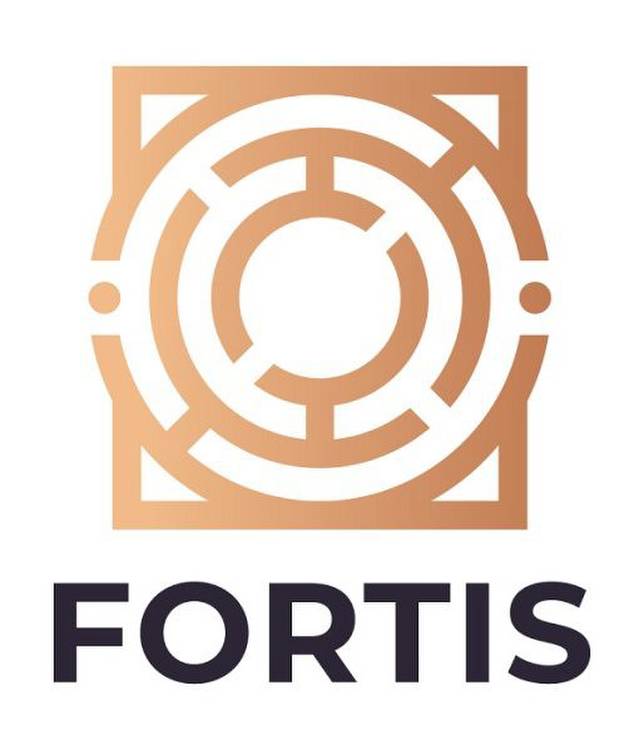 GamesBeat Summit 2022 returns with its largest event for leaders in gaming on April 26-28th. Reserve your spot here!

The San Francisco company has already acquired three game studios and has more than 150 people, and it is headed by president Chiang, the former executive vice president of worldwide studios for WB Games.

Chiang’s decision to start fresh at a new game studio is a sign of the times, where veterans of gaming are opting for freedom and a fresh supply of funds from investors who now see the power of games. In this case, the money comes from Las Vegas Sands, a company started by Sheldon Adelson (now deceased) and known as the creator of the Venetian Hotel on the Las Vegas Strip. Last year, the Las Vegas Sands sold the Venetian resort for $6.25 billion, and it is now diversifying into new kinds of investments like games.

In an interview with GamesBeat, Chiang said he was happy with the partner because it isn’t focused on niche games like social casino games or gambling apps. Rather, he said Las Vegas Sands wants Fortis to go after the broader gaming market and invest heavily in high-quality titles.

As part of its long-term strategy, Fortis has been building its team through acquisitions and hiring globally. The company has recently acquired three development teams: Doppio Games, in Portugal; Oktagon Games in Brazil, and Metagame in Romania.

“At Sands, we believe interactive entertainment is the world’s most accessible medium to provide people with fun and rewarding social experiences, and we see video games as becoming a core pillar as we diversify our business,” said Patrick Dumont, Las Vegas Sands president, in a statement. “As a group of entrepreneurs and executives from some of the most impactful companies in interactive entertainment, the leadership team at Fortis brings together the right talent and experience to create a new kind of game company built from the ground up for a new era. We are prepared to invest at scale for the long-term to help Fortis breakthrough as a company of consequence.”

Fortis is building a global developer and publisher, with a leadership team of entrepreneurs and executives from Electronic Arts, WB Games, Zynga, Smule and more. Fortis plans to triple in size in the next year. Fortis is a wholly-owned subsidiary of publicly traded resort developer Las Vegas Sands. Gaming is an interesting diversification for Sands since casinos have been hurt hard during the pandemic and digital gaming has grown by contrast.

“Sands is very aligned with us,” Chiang said. “I don’t want to just make casino games, and so that is not part of our charter. Our charter is to go after the broader games business.”

Chiang didn’t say exactly why he left Warner Bros., which has huge game properties from Shadow of Mordor to Harry Potter. But he did say that you can’t always have the most creative freedom in large companies. That is something he is looking forward to at Fortis.

Fortis will focus on creating the next generation of the video games as service model, pushing forward game design and social mechanics to enable digital societies and enduring group experiences that foster relationships and memories.

The founders believe online social experiences can be more positive and meaningful, and that games can become the primary form of social entertainment. Fortis games will bring deep social play to a diverse set of titles across new and under-explored genres in the current landscape.

As for the three studios, Chiang said they aren’t going to work separately on three separate games. They are going to be prototyping, but Chiang believes the studios will be working together on various projects. In other words, this isn’t a rollup of a bunch of game studios that will operate separately.

Building from the ground up

Chiang is a lifer.

“I’ve been been a gamer all my life since elementary school, and my whole career has been in games,” Chiang said. “I’ve seen every transition from cartridges to CDs, platform change after platform change, non-connected consoles to always-connected, live updates from single player, local multiplayer, massively multiplayer, and business model shifts from triple-A premium to free to play.”

Chiang left Electronic Arts and went to Zynga in 2010 on the basis of his belief in games-as-a-service and free-to-play as the business model of the future that could attract broad markets.

“It’s been over a decade of free-to-play, but it still feels like we’re in the very early stages of this game-as-a-service and free-to-play model,” Chiang said. “At a macro level, our goal is to really create the next generation of game services, built on social, creating meaningful social communities that people belong to.”

“We’ve seen a lot of change the last two years of going all remote and creating strong teams, and this remote environment is very different,” he said. “It’s one thing if you’re like going remote with an existing studio. But building teams that have never worked together, maybe even never met personally, has the challenge of building that trust and engagement.”

So Chiang said it felt it was time to build a new company from the ground up, addressing new problems on how to build strong teams and support them. The goal is to become a top game company by building great teams.

As for WB, Chiang said his experience was great building titles like the top-grossing Game of Thrones: Conquest mobile game, and acquiring the game that became Golf Clash.

“For me, it was a little bit more about getting back to a smaller company,” he said. “When you’re in these large companies, there’s just a lot of change. You’re getting acquired by AT&T and there are just different things that affect games. Having more control and agency is what the next chapter was about.”

Chiang acknowledged that the hiring market is super competitive, with companies like Mark Zuckerberg’s Meta out hiring folks to build the metaverse and game companies expanding with a lot of new investment money. That is one reason why Fortis acquired three studios at the outset.

“We’re competitive in terms of just the overall market,” Chiang said. “We’re not turning the crank. We now have a blank canvas.”

Fortis is Latin for “brave,” and Chiang wants to innovate and bring differentiation to “responsive worlds,” or the idea that the games you play will be deep enough to create social moments.

The company will focus on both mobile and web technologies and eventually move to broader platforms.

As for nonfungible tokens (NFTs), he said the company is watching the trends. But the real goal is to “build these responsive worlds,” Chiang said.

He also noted that he believed Las Vegas Sands will be good as a long-term investor, in contrast to gaming venture capital funds that might be on a shorter timetable for getting returns. In those environments, Chiang said “you’re always raising, you’re always selling to get to the next round.”

GamesBeat's creed when covering the game industry is "where passion meets business." What does this mean? We want to tell you how the news matters to you -- not just as a decision-maker at a game studio, but also as a fan of games. Whether you read our articles, listen to our podcasts, or watch our videos, GamesBeat will help you learn about the industry and enjoy engaging with it. Learn More

Hologram raises $6.5M for blockchain-based avatars that you can use in video calls via

Derek Sands will be taking on the role of executive vice president for the upcoming integrated resort in Ras Al Khaimah. READ MORE HERE

Warner Bros. announced that a Stephen King story-turned-film is coming to Las Vegas. The film will bring some ancient evil to the Strip. The movie will be set in the same theme park as McKamey Manor. There is not a lot of horror entertainment in theme parks.
Land-based ・ 14 April 2022

Rob Goldstein is the Chairman and Chief Executive Officer of Las Vegas-headquartered company Las Las Vegas Sands Corporation. He is in talks with a major country in Asia regarding the development of a new gambling-friendly resort. The potential development could be similar to the 2,560-room Marina Bay Sands venue he has run in the city-state of Singapore since 2010.
Incidents ・ 14 March 2022

Steve Chiang's new video game company, Fortis, is debuting today with backing from Las Vegas Sands. The company has already acquired three game studios and has more than 150 people. Chich is the former executive vice president of worldwide studios for WB Games. Las Las Sands sold the Venetian resort for $6.25 billion last year. It is diversifying into new investments like games. Fort is building a global developer and publisher with a leadership team of entrepreneurs and executives from Electronic Arts, WB Game, Zynga, Smule and more. It has recently acquired 3 development teams: Doppio Games, in Portugal, Oktagon Games in Brazil, and Metagame in Romania.
Land-based ・ 1 day

Iconic Las Vegas Strip Casino has new owner with a dodgy past. Caesars Entertainment Inc. was cleared to return to owning a major property on the Las Las Vegas Strip. Caeres Entertainment went into bankruptcy. The new operator could bring about redemption or another bust.
Land-based ・ 19 February 2022

Esports Technologies files a patent application for a Performance-Based Betting System to Facilitate Wagering on Fluctuations in Financial Instruments. Auralcrave predicts 2022 will be the year of many improvements in the online gambling industry. Aims to make transactions using cryptocurrencies more straightforward and faster for both players and casinos. It also offers a high level of security and anonymity. The system places all the wagers in a pari-mutuel pool and calculates new odds based on the size of each bet. System pays out based the finishing position of the pool.
Industry ・ 06 January 2022

Chicago's request for proposals for a casino resort was rejected. The deadline for responses has been pushed back to October 29. Las Vegas-based companies won't be bidding. Caesars Entertainment won’t be in the hunt because it already has several properties in Illinois and Indiana. Waukegan, Illinois, is considering bids for its own casino. The maximum tax rate in Nevada is 6.75 percent. Illinois would impose 40 percent on gross gaming revenue from the Chicago resort. It's higher than in other states. There's also a new gaming expansion in Wawkega.
Travel ・ 22 August 2021

The iGaming industry is worth billions of dollars per year. Social gambling generated $5.2 billion in revenue in 2018 alone.  How You Can Generate Revenue With The Leading Developers Of Social Games.
Strategy Guide ・ 31 July 2021

PlayStudios was going to merge with a special purpose acquisition company, but Jim Murren's interest in the company changed the course. PlayStudio has the exclusive social gaming and mobile platform rights to casino properties operated by MGM Resorts. Murrren founded Silicon Games in 1990s and sold it to IGT in 2001. He and Playstudios CEO Andrew Pascal share a vision of growing Play Studios into a larger presence in social games. They are following the same trend as slot machines industry. It's a similar approach followed by Nevada’s slot machine industry, Pascal noted.
Industry ・ 07 May 2021