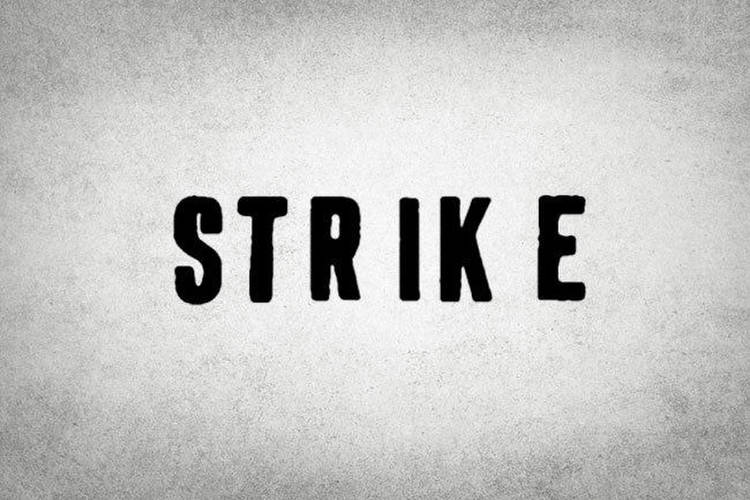 Unifor and Great Canadian Gaming Corporation had time until Friday, July 22, 2022, to strike a new collective agreement for Casino Ajax and Pickering Casino Resort. However, the two parties did not find a middle ground in their negotiations for unionized employees of the two South Durham gaming properties before the deadline. Therefore, a strike commenced at both venues.

Last week, Unifor and its members threatened the operator of eight casinos in Ontario, that if an agreement is not reached by midnight on Friday, a strike will follow. When the deadline ensued, the union had managed to strike deals for six of the gaming amenities. However, ones could not be found for Ajax Casino and Pickering Casino Resort in South Durham.

Despite the strikes at the two gaming amenities, the employer has reported that work at the venues will continue 24 hours a day as they offer slots and electronic table games. Meanwhile, live table games at Pickering Casino Resorts will suspend operations until further notice. However, Unifor Local 1090 warns patrons about possible short delays upon arrival.

The labour union also asks visitors to approach the picket lines slowly and safely. It also informed that patrons will be most likely urged by the protesting staff to honk in order to show their support for the staff, which fights for a fair and equitable collective agreement. It also revealed that the emergency vehicle will have unobstructed access to all entrances of both properties.

In its statement, the union also advised patrons who visit Pickering Casino Resort to use the west entrance of the gaming establishment, which is towards Squire Beach Road. This way they will be able to avoid unsafe traffic backups on Church Street. And to also take their funds out of Durham during the time of the ongoing picket line.

Casino Ajax also issued a statement in which its management said that it is hopeful that this type of disruption will have a limited impact on its operations. The casino has even implemented several contingency plans that will allow it to remain open. Its Getaway restaurant will remain open but with slightly changed hours, while the Casual restaurant in Pickering will work from Wednesday to Sunday.

In March this year, Unifor Local 444, also successfully negotiated a new deal for its unionized employees of Caesars Windsor Casino. Discussion started a month prior to that, and the new agreement would increase the wages of staff in the course of the next three years. According to the union, over 93% of the staff agreed to the terms.

Tentative agreements have been reached by Unifor and Great Canadian Gaming Corporation to prevent potential strikes.

A picket line was started last week at the Great Canadian Gaming Corporation owned Casino Woodbine after negotiations with Unifor broke down.

Pickering Casino Resort and Casino Ajax workers have ended their strike after ratifying a new agreement with their employer, Great Canadian Entertainment (GCE). GCE is the same company referred to as Great Canada Gaming Corporation in previous articles.
Incidents ・ 1 day

Pickering Casino Resort and Casino Ajax, two Great Canadian Gaming Corporation properties in Ontario, have ratified new four-year contracts on Friday. Unifor Local 1090 members had been on strike since July 29. The proposed pact at Pickering and Ajax was ratified with 92.8% support. About 800 workers walked off the job during the strike. Both gaming facilities remained open during strike action. Live table games at the Pickered casino were unavailable.
Travel ・ 3 days

Unifor had issued a strike mandate on July 18. 1,830 workers at eight GCGC locations would walk off the job at 12:01 a.m. Saturday if a deal could not be reached. Tentative agreements have been signed for Great Blue Heron Casino, Casino Woodbine, Shorelines Casino Thousand Islands, Elements Casino Mohawk, and Elements. Casino Brantford. Negotiations are continuing between the company and Unifar members at Pickering Casino Resort and Casino Ajax.
Travel ・ 19 days

Unifor represents more than 2,000 casino workers in Ontario. The union's negotiators are trying to reduce the company's reliance on precarious part-time jobs and create full- time positions. Key issues remaining are wages, benefits, and pensions. Great Canadian Gaming Corporation has contingency plans in place in the event of a strike action.  “We will be disclosing what will stay open at each site if there is a labour action as of midnight tonight at that point in time”
Travel ・ 20 days

Great Canadian Gaming has put contingency plans in place in the event of a strike at its casinos in Ontario. Unifor, a union representing workers at gaming venues in that province, voted to strike on Friday if new agreements are not reached by Friday midnight. The properties involved in this potential strike action are Great Blue Heron Casino in Port Perry, Casino Woodbine in Etobicoke, Pickering Casino Resort, Casinos Ajax, Shorelines Casino Thousand Islands in Gananoque, Elements Casino Brantford, and Elements Casino Mohawk in Milton.
Travel ・ 21 days

Unions at eight Great Canadian Gaming Corp. casinos in Ontario are set to strike on Friday. The company is negotiating with the unions to reach a new agreement. It is prepared with contingency plans to minimize disruption and continue operations.
Travel ・ 22 days

Great Canadian Gaming Corporation operates three casinos in Durham. Unionized staff members of the three properties are unhappy with the lack of a new collective agreement. They plan to go on strike if an agreement is not found before Friday, July 22, 2022.
Jobs ・ 22 days

Canadian Casino Workers Could Go On Strike Friday. Unifor members will strike across eight Great Canadian Gaming Corporations if new agreements are not negotiated by midnight on Friday, according to the union representing the workers.
Travel ・ 23 days

Great Canadian Gaming Corp. has yet to reach a new agreement deal with unionized casino workers. Over 2,000 union members agreed that a strike should take place if an agreement is not made by Friday. This affects eight casinos in Ontario.
Covid ・ 23 days

One Toronto Gaming is hosting a career fair for jobs at the Pickering Casino Resort and Ajax Casino. It is the operator's second career Fair this year, following one in August to staff the recently-opened Pickered venue. The new careerFair sees more than 300 positions available, including table game dealers, executive hosts, facilities supervisors, more. The fair is set to take place on October 20 and 21 at Picker's Casino, Ontario. Pickers opened on July 26. Its first phase launched with a gambling floor and food and beverage amenities.
Covid ・ 14 November 2021

Shorelines Casino and Staff Now Closer to an Agreement

Shorelines Casino Belleville's management and the staff have reached a tentative agreement. On Wednesday, Unifor and casino will vote on the ratification of the agreement between the two sides.
Land-based ・ 01 December 2021

The casino portion of Pickering Casino Resort opened on July 26. The rest of the resort is expected to open in 2022. It will offer about 2,400 slot machines, just under 100 live table games and about 140 "live dealer" stadium gaming terminals. There will be a 2.500-seat theatre, 350-seater entertainment lounge, several restaurants and a hotel tower with 275 rooms and spa.
Covid ・ 28 July 2021

Pickering Casino Resort was recently approved. It welcomed its first gaming patrons over the weekend. The Mississaugas of Scugog Island are opposed to the resort's launch. They claim it breaks a previous agreement with the provincial government.
Travel ・ 27 July 2021

Pickering Casino Resort is set to launch operation this Monday, July 26th. The situation has made mandatory the closing and reopening of casino properties. Great Canadian Gaming Corporation is ready to restart in-person gambling in yet another Ontario region influenced by its operation.
Travel ・ 26 July 2021

Great Canadian Gaming Corporation will restart 11 of its casinos in Ontario. The company owns and operates 26 gaming, entertainment, and hospitality properties in Canada. It will also restart operations in other provinces such as B.C. and Nova Scotia.
Travel ・ 13 July 2021