Spanish Govt. to introduce bill to regulate loot boxes in video games after comparing them to gambling 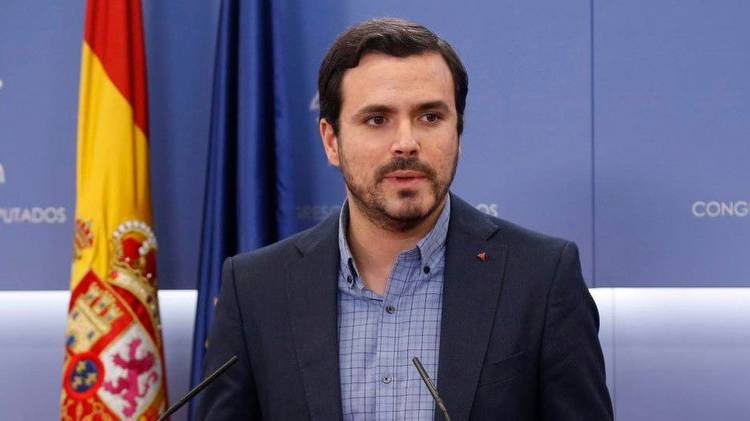 The Spanish government, through the Department of Consumer Affairs, announced on Friday that it will present a bill to regulate video game loot boxes,which the Department compared to games of chance,in order to avoid addictions such as compulsive gambling and to preserve the health of players. If approved, it would be thefirst country in Europe with a specific law for this sector.

The announcement was made at the opening of the seminar 'Loot Boxes. New challenges for the video game industry', organized by the Department of Consumer Affairs to discuss these random reward mechanisms with experts and professionals from the sector.

The concept held by the minister of that department is that the boxes share the randomness or chance in the result, that it costs money to activate the mechanism and that the prize has an evaluable value. "The reality is that behind video games there is a sub-game very similar to traditional games of chance that carry a health risk," the Spanish Minister of Consumer Affairs, AlbertoGarzón, said.

At the event, Garzón further indicated that having a specific law to regulate loot boxes, and even the market for cryptocurrencies and NFTs (non-fungible tokens), "will allow having fun and that this is compatible with the preservation and maximization of the health of all consumers and, in particular, of those who are most vulnerable."

Garzón stated that the aim is for the regulation process to be completed this year, including the parliamentary process, although he indicated that the 'political rhythm in Spain is always uncertain', according to EFE news agency.

In an interview with the Spanish radio station Radiocable, the minister said on Friday that his office has drafted "a very specific law" that will be presented "in a few days" to regulate these contents, although he did not provide further details of the proposal.

In the radio program, Garzón identified himself as a video game player and pointed out that loot boxes are "a system for improving the capacity of the video game, [...] but characterized by chance."

"You're going to try to get an upgrade of that video game feature without knowing exactly what you're going to get, randomness is included. You're going to get a prize and also this can be interchangeable with an economic value. What this does is that we have a kind of slot machine within the video game itself," the minister said.

He pointed out that these mechanisms would also have "the negative consequences that slot machines can have [...], for example, because this implies compulsive consumption behaviors" that could lead to players' bankruptcy.

Based on this, Garzón warned that these video games are offered to minors under 18 years of age and that, according to figures from the Ministry of Health, 30% of this age group "acknowledges in 2021 that they have paid significant amounts of money to acquire an upgrade of these characteristics."

It should be noted that, in February of this year, Minister Garzón had already stated that he was evaluating the inclusion of loot boxes and NFTs in the legislation that regulates games of chance in Spain.

Meanwhile, the Spanish Association of Videogames (AEVI) recently made a statement regarding the remarks made by the Spanish Minister of Consumer Affairs and has "outright rejected the comparison of videogames to games of chance".

Spanish Draft Law For Lootboxes Moves on to Next Step 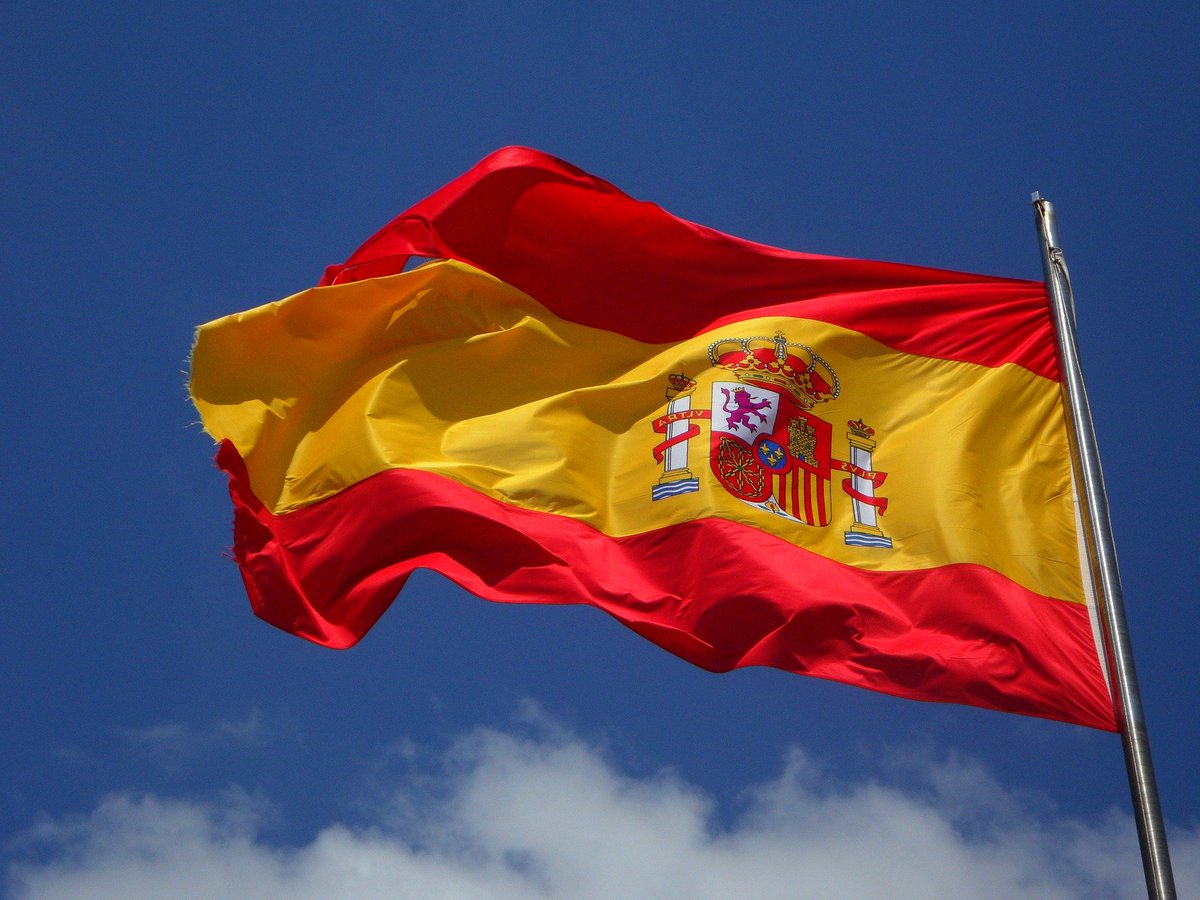 Singapore has officially inaugurated its new Gambling Regulatory Authority. The new regulator will take over from the old Casino Regulatory Agency. It will have control over lotteries, casinos, sport betting and loot boxes in online video games.
Law ・ 1 day

Spain’s Royal Decree on the Commercial Communications of Gambling Activities entered into force in November 2020. It bans sponsorship deals with operators and age gating must be used online to reduce minors” exposure to gambling ads. Jdigital and la Asociación de Medios e Informació (AMI) both submitted appeals to the country's Supreme Court, challenging the advertising regulations. The AMI appeal was not successful, but the Supreme court raised a question of unconstitutionality in relation to restrictions.
Law ・ 27 days

UK government won't try to regulate loot boxes in video games as part of the Gambling Act Review. Loot boxes were banned in Belgium and the Netherlands, but the courts have ruled that they are not gambling. Call of Duty, FIFA, Counter-Strike and many others use lootboxes to generate microtransactions to maintain engagement and generate a healthy income for the developers and publishers.
Law ・ 18 July 2022

As Lootbox Mechanics Become More Widespread, Where is the Line Between Online Gaming and iGaming?

Loot boxes are similar to gambling on a psychological level. Studies show that loot boxes generate outsized profits for at-risk people and wealthy gamers. iGaming is legal in the US and is becoming more popular. iGambling is similar in nature to slot machines. There are also more legal online casinos in US. It's not illegal. The number of iGamers in U.S. is increasing. They are mostly from people with gambling problems. Loot boxes have a mechanic similar that is found in slot machine games. In igaming, the profits are generated from the players who invest a lot of money.
Industry ・ 30 March 2022

IGT launches in Spain’s Amusement with Prize ‘Salones” Sector with Market-attuned Solutions. IGT‘s debut title for the sector is its Magic Fortune Link multi-level progressive. The salones subsector in the country has a total footprint of approximately 3000 gaming and bingo halls. I GT will continue its ongoing Spanish player research and execute a customised roadmap of new game releases tailored to salone players. iGT is renowned for its top-performing products with content designed to suit the unique needs of specific player segments and geographies.
Bingo ・ 11 March 2022

March is Problem Gambling Awareness Month. According to NYCPG, 39.5 percent of youth ages 12-17 have gambled in the last 12 months. Excessive or irresponsible gaming puts youth at risk for health issues, anger issues and low motivation for school and activities. Many games can also lead to financial issues for their families. States are raising awareness and trying to regulate online gambling and gaming features such as skins, loot boxes, and pay to win mechanics. The most effective method for controlling problem gambling is through education and early support. New York State Office of Addiction Services and Supports has opened the 24/7 confidential Hopeline to help people get connected to local services.
Incidents ・ 02 March 2022

The DGOJ has published the Annual Activity Report for 2020 and the Report on Gambling Activities. The data shows that live roulette, poker tournaments and bingo are the games which grew more significantly during 2020. Fixed-odds betting, slot machines, roulettes and poker are games with the highest share in the Gross Gaming Revenue. Online gambling activities in Spain grew by 13.7% in 2020 compared to 2019. The total amount collected by the Spanish authorities during the 2020 financial year was €21,9 million.
Law ・ 06 January 2022

Fran Thorn has been appointed as the inaugural Chair of Victoria's new gambling regulator. She will help establish the Victorian Gambling and Casino Control Commission (VGCCC) for three years starting 1 January 2022. The new regulator takes over regulation from the Commission for Gabbling and Liquor Regulation. Alcohol regulation will be transferred to the Department of Justice and Community Safety.
Law ・ 23 November 2021

Gambling industry in the UK is generating a profit of around £14.2bn in 2020. Public Health England estimates that gambling-related harms cost England at least £1.27bn ($1 billion) in 2019 and 2020, including bankruptcy, family issues, and health harms such as suicide.
Gambling Addiction ・ 05 October 2021

Japan, China, the Netherlands, Germany and Belgium have taken some form of action against so-called video game "loot boxes". Brazil recently launched an inquiry that proposes banning them. The main concern with loot boxes is their accessibility to young gamers. University of Tasmania researcher Jim Sauer says Australia's response to the issue has been to shrug its shoulders. There is speculation that loot box use may be linked to future gambling. There's also a lack of evidence around the possible long-term harm of children being exposed to video games lootboxes.
Games ・ 10 August 2021

Potential regulations could affect online games with loot boxes and free online "minigames" for business promotion purposes. The Ministry of Home Affairs explains the need for these amendments in its consultation paper. The ministry also notes that the boundaries between gambling and gaming have become blurred.
Gambling Sites ・ 23 July 2021

There are many health benefits to living in Spain. However, if you don't speak the language, you play online games.
Games ・ 21 July 2021

A general introduction to gambling law in Spain

According to the Spanish Act No. 13/2011, dated May 26, 2011 on gaming activities, a 'gambling activity' is any activity that involves risking sums of money or economically assessable objects on future and uncertain results that depend to some degree on chance. The Act excludes games or competitions played purely for fun, as a hobby or for recreational purposes.
Law ・ 28 June 2021

In review: licensing and taxation of gambling activities in Spain

The main laws and regulation of gambling matters on a national level are as follows.
Finance ・ 29 June 2021

Spanish Gambling Regulator Launches Consultation on Loot Box Ban. Half of mobile games and 35% of computer games contain the mechanic. The consultation lasts until March 31. The regulator accepts submissions by email. It is not relevant if the reward is cosmetic improvement in the video game or competitive advantage for the player who obtains it. Under Spain’s G gambling Act, gambling involves payment for participation, chance in determining the result and a prize transferred to the winner.
Law ・ 03 June 2021