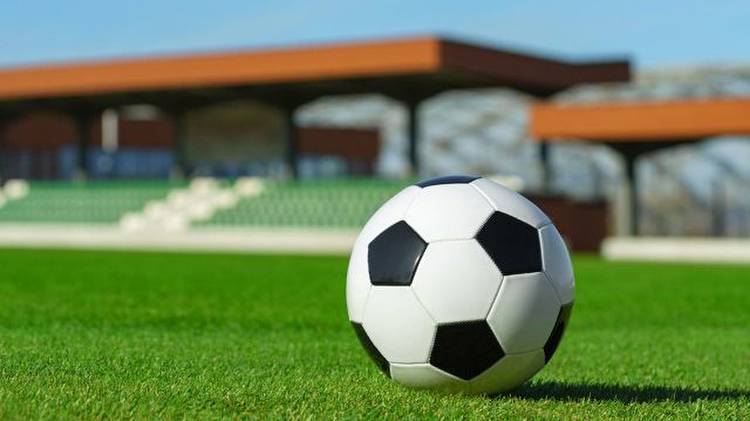 Judicial and public security authorities have tightened their ongoing crackdown on gambling and fraud related to soccer matches and reminded the public to guard against such risks during the 2022 FIFA World Cup.

It said scammers often lure others by advertising that they know inside information about the World Cup, then invite the speculator to join a chat room on the pretext of receiving guidance from experts if they pay certain fees.

In another trap, scammers capitalized on the mentality of soccer fans seeking to place bets before the World Cup and sent links with Trojan horses via mass text messages. People who clicked the links triggered the viral program, leading to the theft of money attached to their phone numbers, said the post.

Any kind of for-profit gambling is not allowed on the Chinese mainland, said Wang Yong, a judge of the Dalian Intermediate People's Court in Liaoning.

People who take part in gambling may be detained for a maximum of 15 days and fined up to 3,000 yuan ($420). Those who organize or profit from gambling shall be sentenced to imprisonment of no more than three years along with a fine, Wang said.

People who organize or open a casino shall be given a maximum of 10 years' imprisonment and be fined, he said.

Apart from opening physical casinos, acts including transferring gambling videos and data through the internet or mobile communication terminals, establishing gambling websites to accept bets or for others to organize gambling, acting as an agent for a gambling website and accepting bets, or participating in the profit sharing of a gambling website, shall be regarded as the act of opening a casino, according to the judge.

In one case heard by the Dalian Intermediate People's Court, a man surnamed Chen and others set up a place for gamblers to bet on games during the 2018 World Cup.

They accepted bets verbally, by telephone or WeChat, and then settled bets with gamblers after each game through Alipay, WeChat Pay or in cash. By July 2018, Chen's group had accepted bets totaling about 2 million yuan.

The court held that those who organized and profited from gambling had violated the Criminal Law. Chen's group was sentenced to imprisonment of 10 months to two years along with fines, and the court confiscated their illegal gains.

In March, the General Administration of Sport of China and the Ministry of Public Security issued a notice about investigating and punishing gambling, match-fixing and other violations.

Social media platforms have also tightened the supervision over soccer gambling and related fraud during the World Cup. Social media giants WeChat and Douyin issued statements pledging to deal with all kinds of online gambling and other illegal behaviors.

Betano has been named the first official betting partner of the FIFA World Cup Learn more:

Some Chinese Communist Party officials are keen on gambling during the World Cup. The CCDI warned them against gambling. Analysts believe the CCP is worried about losing money. Lu Tianming believes the regime is afraid money will flow out of the country and accelerate the collapse of its regime. He believes it's money laundering in the form of gambling, which is why the party cadres collude with casinos and transfer funds and money this way.
Incidents ・ 4 days
Saigon Online

The C02 coordinated with professional units of the Ministry of Public Security, the Public security Department of Ho Chi Minh City and Dong Nai Province to raid 14 points in Ho. Chi. Minho and some neighboring provinces. They arrested 14 people and seized many exhibits serving for gambling. The gambling ring used websites such as bong88.com, Agbong. com and bongo88,com to take bets from gamblers with bets up to thousands of billions of dong, which is estimated at VND30,000 billion (US$1.2 billion).
Incidents ・ 14 days

93 people were arrested in a 100-day sting operation aimed at money laundering. The gang was involved in illegal gambling and money-laundering. They laundered more than $5.6billion. Authorities seized $41.8 million and more. than 100 electronic gadgets. The Chinese authorities have been cracking down on money launderers and gambling since 2017. Last year 259 cases of money moneyaundering were uncovered. There were 80,000 gambling-related arrests and 2200 illegal online gambling platforms shut down.
Incidents ・ 25 days
State of Michigan

Three Macomb County residents were sentenced for their roles in running an illegal gambling operation at Jackpott's of Sterling Heights. Sam Daoud, 52, of Macomber Heights, was ordered to pay $300 in court costs, $130 in crime victim costs and $68 in state costs. Nadia Daoud, 50, from Sterling Hills was placed on probation for 18 months. Kim Green, 44, pleaded guilty to a high court misdemeanor, Maintaining a Gambling House for Gain. Andrew Reip, 54, and Christina Reips, 56, pled guilty on July 18, 2022, to Maintain a gambling house for gain. Peter Yerian, 36, plead guilty in August 2022 to maintaining a gambling house.
Law ・ 28 days
Super Slots Casino

2021: China Made 80,000+ Cross-Border Gambling Arrests. Last year, the Ministry of Public Security investigated over 17,00 cases of cross-border gambling. There were over 80k arrests as a result of the investigations. More than 2,200 illegal online gambling operations were closed. 1,100 suspects surrendered both domestically and overseas.
Incidents ・ 10 January 2022
Gambling Insider

China's Ministry of Public Security handled more than 17,000 cross-border gambling cases in 2021. The investigations led to more more 80,00 arrests and shut down over 2,200 online gambling platforms. It also shut over 1,600 illegal payment platforms and underground banks. More than 1.100 suspects surrendered themselves.
Incidents ・ 10 January 2022

Suncity's VIP rooms have been closed down following the arrest of CEO Alvin Chau on suspicion of cross-border gambling and money-laundering. The move will slash the number of Macau-based employees of Suncity Group by a third. Chau was arrested on Sunday amid an ongoing crackdown on gambling in mainland China. The National People's Congress approved an amendment to the law banning cross border gambling activities from March 1, 2021. Chinese authorities made 14 arrests in illegal gambling cases between January and September this year. Some contractors send up to 50 billion yuan a year to Macao to finance gambling.
Incidents ・ 01 December 2021
Yabby Casino

14 fugitives with Red Notice from Interpol for suspected cross-border gambling and telecommunication fraud were escorted and repatriated to China. The large-scale repatriation came after China's crack down on cross border gambling syndicates forced many gangs to flee from Southeast Asia to other countries. The 14 suspects are currently being held in isolation following the epidemic control policy. Public security authorities will carry out further investigations in accordance with the law. Macao tycoon Alvin Chau Cheok Wa admitted opening casinos on the Chinese mainland and facilitating Chinese citizens to gamble overseas.
Trust and Safety ・ 29 November 2021
Vegas Inc

Tsukasa Akimoto was a vice-minister in charge of tourism and casino promotions. He was found guilty of taking $69,200 in bribes from a Chinese gambling operator. The case has added to the political woes of Japan's outgoing PM ahead of elections this year. Prime Minister Yoshihide Suga announced he won't seek another term. The election is scheduled for late November. Three other former ministers and a lawmaker have been found in separate bribery and election fraud cases. Japan passed a law allowing casino gambling in 2016.
Politics ・ 07 September 2021
Vegas Slots Online

London Casino Pursues Action over Gambler’s £10m Debt. Les Ambassadeurs Club in London has failed in its court appeal to get a global freezing order put in place on the assets of a Chinese businessman. Yu Songbo is a real estate developer from Zhoushan in eastern China. He has been a member of LesAmbassades since 2014. His family was worth £1bn ($1.37bn) at the time of joining.
New Year ・ 25 August 2021
The Joplin Globe

AviaGames, a mobile, skill-based gaming company, announced $40 million funding from ACME Capital, Washington Harbour Partners and Powerhouse Capital. Previous investors including Makers Fund and Galaxy Digital participated in the round. The new capital will be used to accelerate player acquisition, develop new games on the platform and expand its team and international presence. Hany Nada, co-founder of AC MEAC Capital has joined Avia games’ board of directors.
Mobile ・ 13 August 2021

74 people arrested for cross-border online gambling in Sichuan, China. Eleven of the suspects are agents of over 20 foreign gambling apps. More than 200 police officers attacked 15 dens in Chengdu on April 19. They confiscated 38 computers, 276 mobile phones and more than 100,000 yuan in cash.
Incidents ・ 13 July 2021
Lexology

There are several laws in India that govern the business of online gaming. Public Gambling Act, 1867 prohibits all activities related to gambling. The states have their own gambling laws. Sikkim and Nagaland have enacted laws pertaining to 'Online Gaming'. In Telangana, Assam and Orissa gambling is prohibited. Recently, a petition was filed in the Bombay High Court by Keshav Muley, an office-bearer of a regional political party, that sought registration of an FIR against the makers of the game application called 'Ludo Supreme'.
Law ・ 07 July 2021
Nikkei Asia

Chinese authorities are conducting a massive crackdown on illegal online gambling. They have implicated some of China's leading tech giants in the illegal activity. The companies profited from involvement in gambling operators' complex business chains. Most of the implicated companies are cooperating with authorities. The surge in illegal gambling amid the pandemic has been astonishing. By the end of September, Chinese authorities launched investigations of more than 8,800 cross-border gambling cases and arrested more more 60,000 suspects. Baidu pledged zero tolerance for violations and promised to assist police in their investigation.
Law ・ 19 January 2021
Cointelegraph

Chinese govt. official: Gambling gangs use crypto to transfer funds abroad. China faces economic risk as illegal gambling operators move 1 trillion yuan in funds from the country, partially in crypto. Liao Jinrong is the director general of the International Cooperation Department under the Chinese Ministry of Public Security. He said the illegal outflow of such a huge amount can erode the economic security of China. The government has increased the cost of opening payment accounts at non-financial institutions and used more effective ways for the identification of unusual transactions.
Finance ・ 19 January 2021
Shine

Shanghai police have arrested more than 800 people so far this year for gathering people to take part in online overseas gambling. 80 gambling platforms, 47 gambling-promotion platforms and 27 money-laundering businesses have been taken down. More than 170 million yuan (US$23.53 million) in assets seized or frozen by the police. Minhang District police took down a gambling service gang with more that 40 members in July. Baoshan District rounded up 150 suspects as they operated an online casino and provided livestreaming gambling services.
Incidents ・ 28 September 2022