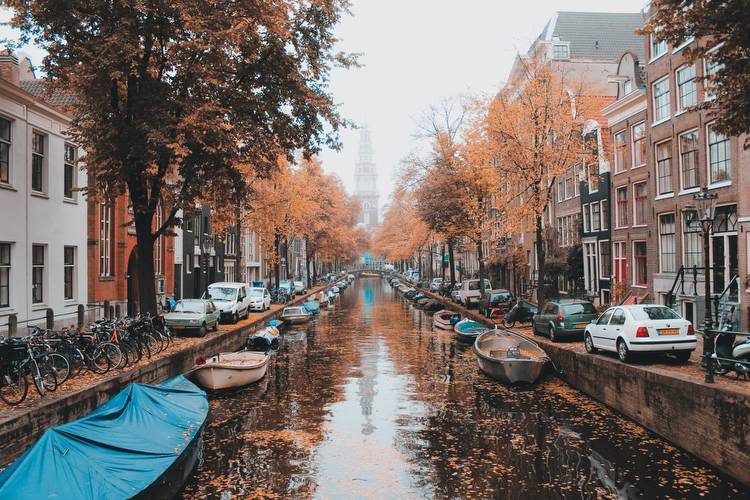 Smart Gaming B.V. has become the latest regulated operator in the Dutch gaming market. The operator is in fact the 21st entity to have been issued a license to run gambling products under the country’s law with the regulator, Dutch Gambling Authority, agreeing that the company has met all necessary criteria to join the market and satisfies industry standards.

The regulator did not go into too many details about the new license holder. Smart Gaming has so far not confirmed any domains that it intends to use in the Netherlands. Smart Gaming will probably be making the names of the websites it seeks to launch in the country known soon, however.

The country has proven a strong market in Europe, and even though the Netherlands has some very strict industrycontrols in place, it has still appealed to enough companies to make it highly competitive and thriving. More applicants are entering the market, which has proven an important one if somewhat too strictly regulated.

Then again, strict regulation has been the backbone of some of the safest igaming and sports wagering markets in Europe, including Sweden, Denmark, Italy, and now the Netherlands. Prior to Smart Gaming’s license approval, the Dutch regulator approved ComeOn Group for launch in the country, with the Group launching its namesake brand, ComeOn. This happened last week.

The licensing of both ComeOn Group and Smart Gaming comes at an interesting time. The Netherlands is taking a hard look at how it regulates gambling as of right now. After previously banning popular people from advertising or associating themselves with gambling products, the country is now questioning whether its operators are doing enough to safeguard consumers.

According to Dutch Gambling Authority Chair René Jansen, there is definitely more than local operators can be doing to catch up to the standards used in other European markets. The country too has been acting to help ensure that consumers remain safe and protected.

The Netherlands announced the roll-out of the ZonMw Prevention of Gambling Addiction program, which is set to launch officially soon and it will assist consumers to avoid destructive gambling patterns and help with problem gambling prevention.

René Jansen, Chairman of the @Ksa_Nederland, the Netherlands’ Gambling Authority, spoke in Berlin to recognise similarities between the Dutch and German betting markets.

The Dutch Gaming Authority has been regulating the gambling industry since October 1, 2021. The industry has grown from 10 license holders to 22. There are 563,000 players involved with gambling in the Netherlands. 8 out of 10 players use legal gambling options. Cruks program has helped to protect players. The Crucks program is aimed at helping customers stay safe and navigate the industry without developing problems. It has already helped 23,00 people register over the past six months. Offshore markets remain a threat. Dutch gaming regulator René Jansen warned operators to step up their efforts in ensuring that their players are protected.
Gaming Authorities ・ 2 days

Holland Gaming Technology has been granted its 22nd online gambling license. The company has its headquarters in Malta and does not yet run any Business-to-Consumer operations.
Gaming Authorities ・ 15 days

The Netherlands and ZonMw are going to launch the program to better address gambling addiction in the country. The program is spearheaded by Z onmw in collaboration with the Dutch Gaming Authority. It will focus on gambling-related harm, financial and social problems, and more. The initiative will seek to achieve both short-term results and long- term results. Dutch lawmakers and regulators are interested in gambling advertisements and tougher measures. They are also exploring the option of introducing a mandatory loss limit. This topic has been discussed in regulated markets such as Sweden and the United Kingdom. However, there is more that needs to be done to ensure that gambling related harm is reduced and kept at tolerable levels.
Gambling Addiction ・ 17 days

Smart Gaming has been granted a Dutch online gaming licence. The total number of licence holders in the Dutch market is 21. Smart Gaming's domain name is unknown. The Remote Gambling Act in Netherlands was passed in October 2013. It will run for three years and contribute to policy goals outlined in it. Betent, Bet365, LiveScore Malta and more were among the first licence holder.
Industry ・ 16 days

LiveScore Bet joined the Netherlands Online Gambling Association on Wednesday, September 14. LiveScore was one of the first ten operators to receive a license under the Remote Gambling Act in the second half of last year. NOGA's Director Peter-Paul de Goeij called Livescore Bet a "highly reputable provider" and praised it for putting "a safe and secure gaming experience at its core".
Gaming Authorities ・ 22 days

MGA has become a hub for gambling brands since its launch in 2001. The number of online casinos applying for a license from the authority has decreased compared to previous years. Online casinos in other European countries are choosing to operate solely under licenses granted by their own countries in 2022.
Law ・ 22 days

Kindred has been granted a gambling license by the Netherlands Gambling Authority. Kindred's flagship brand Unibet will launch its Uniberet.nl site in the coming days. A Capital Markets Day will be hosted on September 14 in London to introduce the group's long-term strategic direction and the market entry into the Dutch market. Kinded's corporate purpose is to transform gambling by being a trusted source of entertainment that contributes positively to society. The company wants to convey entertainment to the society and bring the joy and excitement of sports to everyone.
Law ・ 10 June 2022

Online gambling came into existence in 1996. In 2023, the global gaming market should start pulling in annual revenues of close to $93 billion. Many people have expressed worries about gambling addiction rates. This investigation follows into the regulatory differences between markets that regulate games of chance differently and those that partake in this hobby.
Gaming Authorities ・ 23 March 2022

Leap Gaming's virtual casino and sports content will soon be able to serve Swedish customers. Spelinspektionen, the Swedish Gambling Authority, has given its approval for the company to offer its offering to operators in the country. Leap's European presence is enhanced by its entry into Sweden. The percentage of Swedish citizens who gamble for money has increased by seven points to 86% by 2021. Government proposals have raised the costs of operating in Sweden, including increasing the application fee for a gaming license.
Industry ・ 11 March 2022

Aspire Global has received certification for its online platform, sportsbook and casino games. Online betting has been legal in the Netherlands since 1 October 2021. Holland Casino has signed a deal to use Aspire's content. Karamba has also signed an agreement to utilise Aspires' suite of services upon entry into the country. The Dutch iGaming market is expected to grow to €1.5bn ($1bn) by 2025.
Industry ・ 28 February 2022

Oryx Gaming has launched BetCity.nl, a new online sportsbook. OryX has a partnership with Dutch operator BetEnt. Bet Ent was one of ten operators awarded an online gaming license by the Dutch Gaming Authority.
Industry ・ 23 November 2021

The Netherlands has finally regulated online gambling. Since April, casinos can apply for a license to offer their games and bonuses online. Only 10 have received a licence so far. They have been able to operate legally in the country from the 1st of October.
Gaming Authorities ・ 23 November 2021

Entain is planning to apply for a licence to operate in the Netherlands' recently legalised online gambling market. The company expects to be granted a license during the first half of 2022. Ten companies have been granted licences to offer online betting services in Netherlands. The deadline for applications is 1 October. Two-thirds of applicants face rejection. Several companies haven't applied yet. René Jansen, Kansspelautoriteit Chairman stressed the importance of only granting licences for good enough companies.
Gaming Authorities ・ 04 October 2021

PokerStars must exit Dutch Gambling Market by November 1st. Unlicensed operators that do not comply with the deadline will be fined up to $702,705. If a company's annual turnover exceeds $17.6m, they will get 4% of that amount instead.
Industry ・ 04 October 2021