Singapore’s New Gambling Regulatory Authority Is Cracking Down On Lootboxes

Another country is taking a stand against lootboxes in games with Singapore’s newly-created Gambling Regulatory Authority looking to enact stricter regulations to combat what it believes to be a “blurring of the lines between gambling and gaming.”

The GRA will be taking over the regulation of casinos and gambling services, including lootboxes, from the Casino Regulatory Authority which was established in 2008. Once jurisdiction is transferred, the new government body plans to enact new regulations for all forms of gambling. For lootboxes, this includes a prize cap of $100 SGD, or roughly $70 USD, which could take effect as early as next year.

According to Josephine Teo, Singapore’s Second Minister for Home Affairs, the GRA was formed to control the growing access to online gambling, which includes lootboxes and even cryptocurrency. One counselor notes that there are cases where people have spent tens of thousands of dollars on the chance of getting prized items and rewards from lootboxes. The formation of the new regulatory authority has largely been met with praise from both parents and the country’s financial experts. 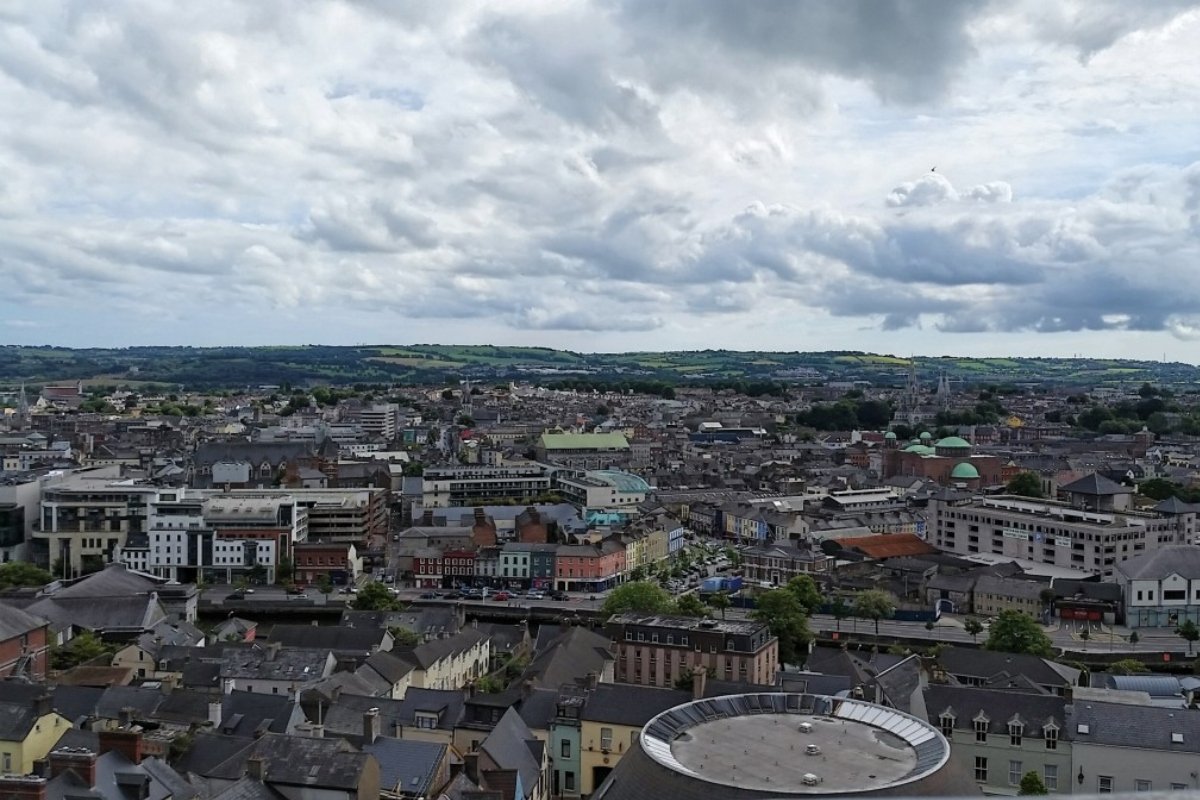 The appointment of the CEO Designate is an important milestone in the future establishment of the Gambling Regulatory Authority, advancing a key Programme for ’s commitment. 🧐

Social gambling in Singapore has been declared legal. The Gambling regulatory authority in the country will oversee all forms of gambling. According to the new rules, social gambling is allowed, but it must be played at home and not on commercial property. It should not be a business-related activity. There are expected changes in land-based and online casinos in this country.
Law ・ 22 days

As of Monday, physical social gambling among family and friends has been legalized in Singapore. The new law was passed in March following MPs' concerns about newer forms of gambling brought about by digital technology.
Law ・ 27 August 2022

Singapore recently inaugurated a new central body to regulate gambling services, including loot boxes in online video games. The new body is called the Gambling Regulatory Authority (GRA). It will take over from the Casino Regulatory Agency. Josephine Teo, Second Minister for Home Affairs, said technological advancements have made it easier for people to gamble anytime and anywhere. She also alluded to an SGD100 prize cap on mystery boxes, which may come into effect as early as 2023.
Games ・ 19 August 2022

Gambling Regulatory Authority of Singapore was inaugurated on Monday. The new watchdog takes over the functions of its predecessor, the Casino Regulatory Division. Minister for Communications and Information Josephine Teo welcomed the establishment of the new regulator. She said that the country was not well-equipped to regulate the gambling industry. GRA will have to stay abreast with global trends and monitor developments in the industry to be effective. The country-state agreed to establish casino resorts in 2005. Casino-related crime has been low in Singapore, with under 1% of all crime. It has also done significant efforts to develop help programs to people who may suffer from gambling addiction.
Law ・ 18 August 2022

Singapore Inaugurates New Regulator to Get Ahead of New Gambling Trends

Gambling Regulatory Authority watchdog launched in Singapore. New law came into effect from the start of this month. It introduced stiffer penalties for those found guilty of conducting or facilitating unlawful gambling activities and made it illegal to participate in ‘proxy gambling’
Law ・ 18 August 2022

Singapore has officially inaugurated its new Gambling Regulatory Authority. The new regulator will take over from the old Casino Regulatory Agency. It will have control over lotteries, casinos, sport betting and loot boxes in online video games.
Law ・ 16 August 2022

Social gambling among family and friends in homes has been legalised under new laws that took effect on Monday (Aug 1). It was not clearly defined under previous laws. The new Gambling Control Act defines it as taking place in an individual's home and cannot be conducted in the course of any business.
Law ・ 01 August 2022

The Gambling Regulatory Authority of Singapore Act and the G gambling control act will take effect from tomorrow (1 August). It will explicitly allow social gambling among family and friends at home. It does not extend to online gambling.
Law ・ 31 July 2022

The new Gambling Control Act will come into force on Monday (Aug 1). It will make it illegal for under-21s to gamble. The GRA will take over the functions of the existing Casino Regulatory Authority and be granted more powers to regulate all forms of gambling in Singapore. Private establishments will have to get a licence to provide gambling services. The Act criminalises proxy gambling. It is illegal to enter gambling areas without entry checks. Online social gambling is prohibited. MHA said this move allows the Government to "stay ahead of technological and gambling trends and respond more adequately to emerging gambling products".
Law ・ 31 July 2022

Singapore extends Marina Bay Sands casino license until 2025. MBS is owned and operated by Las Vegas Sands. Singapore is overhauling its casino industry. The Gambling Regulatory Authority of Singapore will be established as the single regulator for all forms of gambling. The state's two IRs – Marina and Resorts World Sentosa – are preparing to launch their own major expansion initiatives.
Travel ・ 21 April 2022

The Gambling Regulatory Authority of Singapore Act 2022 consolidates the gambling regulatory expertise from different government agencies. The new body consists of 17 members appointed by the Home Affairs Minister. It has the right to unilaterally distribute, renew and revoke licences and issue fines. Partaking in or offering illegal gambling services, including proxy betting, would be punishable with a fine of SGD$500,000 and a prison term of up to 7 years. Repeat offenders could receive a $700,00 fine and up the prison sentence to 10 years, while those who practice proxy gambling could be jailed for up 6 years in jail.
Politics ・ 14 March 2022

Parliament of Singapore approved the proposed Gambling Control Act on Friday. The act will establish an official regulatory agency for all local forms of gambling. It was formulated under the purview of the Ministry of Home Affairs.
Law ・ 14 March 2022

The Gambling Control Bill and the G gambling regulatory authority bill were read for the first time in Parliament on 14 February 2022. Their introduction marks the next stage of the reform of Singapore's gambling regime.
Politics ・ 28 February 2022

Two bills were introduced for First Reading in the Singapore Parliament on 14 February. The Gambling Regulatory Authority of Singapore Bill expands the mandate of the Casino Regulatory Board and establishes the Gabbling Regulatory Agency.
Politics ・ 17 February 2022

Bills that would reform land-based gambling in Singapore and establish a new regulator have passed their first readings in the country's parliament on February 14. If passed, the Gambling Regulatory Authority of Singapore Act 2022 would replace Singapore's Casino Regulatory Agency and create a 17-member board. The Authority would have the right to distribute, renew and revoke licences and issue fines.
Politics ・ 16 February 2022

The Government is proposing changes to the law to achieve better oversight of gambling. It is also looking to set up a new regulatory body to manage all forms of the gambling here. Proposals aim to address the increased accessibility of gaming products and the blurred line between gambling and gaming. Proxy gambling, underaged gambling will be criminalised under the proposed laws. The draft laws were introduced in Parliament on Monday (Feb 14). It will propose a single body regulating gambling in Singapore. The criteria for social gambling exemption will also be spelled out. There are currently three gambling regulatory bodies in the country: the Casino Regulatory Authority, a Ministry of Home Affairs unit, and a Singapore Totalisator Board.
Law ・ 14 February 2022

Gambling Control Bill proposes to increase penalties for unlawful gambling both physically and online. It also proposes stiffer penalties. Underage and proxy gambling will be an offence. The Bill also defines social gambling that is exempted and licenses all gambling products. A Gambling Regulatory Authority of Singapore Bill proposed to be introduced around mid-2022. It will regulate the entire gambling landscape in Singapore. If passed, it will repeal the four gambling-related laws. There are currently four such laws: Betting Act, Common Gaming Houses Act and Private Lotteries Act.
Politics ・ 14 February 2022

The establishment of a new gambling regulator in Singapore has been delayed. The Ministry of Home Affairs wants to introduce a prize cap of SGD100 (US$74) for mystery boxes, arcade games and claw machines. It is unknown if the new regulator will be launched this year. Singapore’s gambling regulation is currently supervised by various government agencies.
Law ・ 15 October 2021