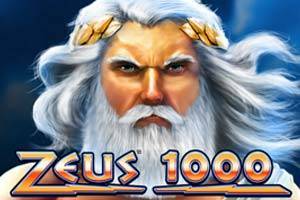 Thanks for signing up!

Access your favorite topics in a personalized feed while you're on the go.

Watch out, Las Vegas — Manhattan may become the country's next big gambling hub.

Saks Fifth Avenue is throwing its hat in the ring for a coveted license to open one of New York City's first casinos. A source close to Hudson's Bay Company, owner of Saks, confirmed to Insider on Saturday that the company has officially placed a bid for one of the city's three available licenses, which would allow the luxury department store to build and operate a full-scale casino.

Per the source, the plan involves converting upper floors "currently used as a swing space" to develop the casino, intended to "attract visitors and tourists from around the world seeking that luxurious, Manhattan experience."

"We have invested significant time and energy over the last year in building a strategic plan to most effectively and positively enhance our Saks Fifth Avenue experience with a luxury, high-end casino," the source said.

The area is expected to include the top three floors of the store, comprising a collective 200,000 square feet, and the casino would include a separate lobby from the department store, according to the New York Times, which first reported the bid.

"The Saks Fifth Avenue flagship store is a staple of one of the most iconic streets in Manhattan," the source told Insider. "It is of particular importance to us that we continue to invest in the vibrancy and spirit of Fifth Avenue itself."

Competition for the licenses has grown fierce since state legislators first authorized casinos in the city in April 2022. The state's Gaming Facility Location Board opened formal bidding last week, in a process that requires a minimum asking price of $500 million for each license, Gothamist reported.

Saks Fifth Avenue will be competing with other hopefuls, including Coney-Island owner, Thor Equities; Saratoga Casino Holdings, owner and operator of a race track near Albany; Legends, a company co-founded by affiliates of the New York Yankees; Chickasaw Nation, which operates several casinos across the US; and Steve Cohen, owner of the Mets, who is vying to build a casino with Hard Rock near Citi Field, per Gothamist.

The winners of the licenses are expected to be announced later this year. The board will consider job creation potential, economic growth, and a commitment to collaborate with minority contractors, according to New York Daily News.

While voters passed legislation that allowed casinos to open in the state in 2013, the policy allowed for only four casino licenses upstate to start, so the emerging businesses could get their bearings before having to compete with the New York City market, the Times reported. 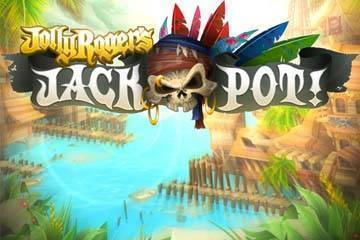 Will gambling on a Saks Fifth Avenue flagship casino pay off?

Hudson's Bay Company has bid for a gaming license to install a high-end casino on the top three floors of the Saks Fifth Avenue flagship in Manhattan. The project would start on ninth floor and cover 200,000 square feet. Community groups and local politicians have already voiced opposition to opening a casino in the city. Salsaks may also face resistance from its well-known neighbor Saint Patrick's Cathedral. The winners are expected to be announced later this year. They will consider job creation potential, economic growth and a commitment to collaborate with minority contractors.
St. Patrick's Day ・ 10 days
The New York Times

The state's Gaming Facility Location Board is seeking applications to license up to three new casinos in the New York City area. Qualifying bids require a minimum $500 million capital investment and successful bidders will each pay at least $ 500 million gambling license fee. The first step is to persuade skeptical city officials and community boards to consider the economic benefits that casino developers are preparing to dangle. The gaming commission said that all three licenses are competitive. Some industry lobbyists believe two of them will go to existing operations in Yonkers and southwestern Queens.
Law ・ 10 days

Saks Fifth Avenue is looking to get into the casino business. Hudson's Bay Company will bid with the state to convert the top three floors of its flagship store in Midtown Manhattan into a Monte Carlo-style casino. The project will cover about 200,000 square feet and include a new lobby with a separate red carpet-lined entrance for the Casino. New York voters approved the legalization of Las Vegas- style casinos in the State in 2013.
Industry ・ 13 days
The New York Times

The field of bidders is crowded. SL Green is partnering with Caesars Entertainment to convert an office skyscraper at 1515 Broadway in Times Square into a casino and entertainment complex. Related Companies will work with Wynn Resorts to develop the western half of Hudson Yards into convention and casino district with a school and new housing. Soloviev Group has their eyes on a 6.7-acre site near the UN Headquarters. Mr. Cohen is considering a bid on 50 acres of publicly owned land next to Citi Field. Thor Equities is pursuing plans for a Coney Island project in Brooklyn. Las Vegas Sands announced plans to seek a gambling license on the nearly 80- acres site of the Nassau Veterans Memorial Coliseum on Long Island.
Industry ・ 14 days
Super Slots Casino

Saks Fifth Avenue confirms plans to bid for a casino license on the top floors of its flagship store on Fifth Ave. The renderings show guests seated at roulette tables, posh bars and upholstered chairs, clinking cocktails. They enter the building via a separate entrance on a red carpet that extends out onto the sidewalk. It's a vast lobby area with multiple chandeliers and plush decorative rugs. At least five billionaires are gunning for the license. Jay-Z wants to bring a casinos to Times Square. He's been opposed by the Broadway League. There are three new licenses for Las Vegas-style casinos in the metro region.
Industry ・ 15 days
US Bets

New York Gov. Kathy Hochul spoke for nearly an hour during her State of the State Address Tuesday. She mentioned sweeping, expensive proposals for mental health, housing, inflation, security, and energy policies. But she never mentioned a key source of state revenue she has pushed aggressively since taking over from Andrew Cuomo two years ago: New York City-area casinos. The New Yorkers Gaming Facility Location Board issued a Request for Applications on Jan. 3 to solicit casino proposals.
Finance ・ 17 days
The Points Guy

SL Green Corporation and Caesars Entertainment want to build a casino in Times Square. The proposal calls for incorporating the Broadway theater that hosts "The Lion King" musical into the development. Wynn Resorts wants to open a new casino at the Related-developed Hudson Yards project. Existing "racino" complexes in New York are expected to be the frontrunners for the three casino licenses.  Empire City Casino in Yonkers and Resort World New Yorkers in Queens are also in the running. They are likely to get significant investment to boost the gaming experience.
Travel ・ 27 days

SL Green and Caesars Entertainment have announced a joint bid for a license to build a casino in Times Square. If selected, the proposed gaming hall atop SL Green’s skyscraper at 1515 Broadway would be the only casino on Manhattan's nexus. The state authorized three new casino licenses for the New York City area earlier this year. Investors looking to get into legal gambling in the Big Apple have spent lavishly on political contributions and lobbying. Successful bidders will have to pay $500 million to the state in licensing fees. Resorts World and Empire City are seeking licenses to convert their existing facilities into full-fledged casinos with dealer-mediated table games.
Land-based ・ 21 October 2022
Yabby Casino

New York has begun the formal process to license up to three casinos in and around the city's five boroughs. The state already has four casinos, but those are all a few hours away upstate. There is a minimum licensing fee of $500 million and a competitive licensing process with only three spots available.
Gaming Authorities ・ 21 October 2022
Silive

Borough President Vito Fossella wants to open the door for a casino on Staten Island. He wants the New York State Gaming Commission to consider the location. The New Yorkers Wheel project was abandoned in October 2018. CanAm Enterprises, which sponsored the project, is trying to start a new one.
Gaming Authorities ・ 26 September 2022
Casino Reports

New York will soon allow online sports betting. The state Gaming Commission approved the licenses for nine online betting operators in November. Online betting is expected to start before the Super Bowl on February 13. Assembly Member J. Gary Pretlow is the chair of the Committee on Racing and Wagering. He wants to grant licenses to all companies that applied for an online gambling license.
Law ・ 16 December 2021
Gambling 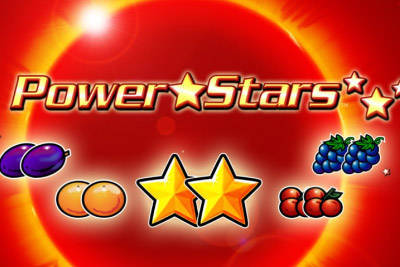