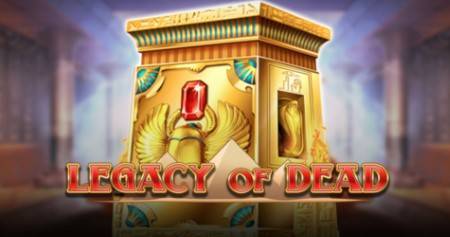 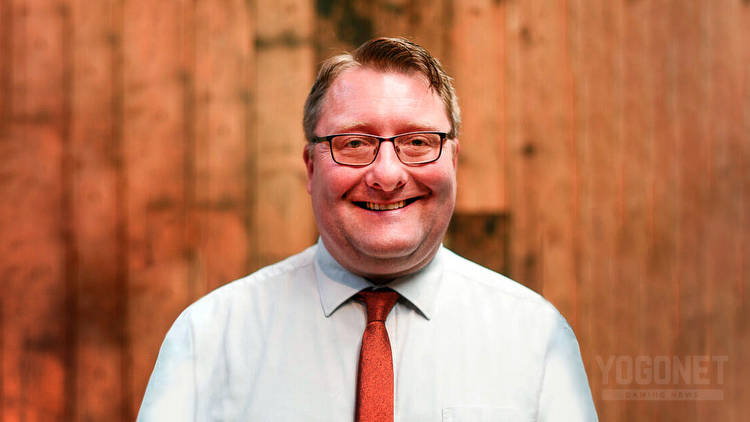 Gordon Moody and fellow safer gambling charities have deemed ICE London's Consumer Protection Zone as an "invaluable platform." Rob Mabbett, Head of Growth at provider of gambling therapy services Gordon Moody, has highlighted the key role played by the event in progressing the safer gambling debate and providing not-for-profit organizations active in the space with a platform.

Describing the ICE show as one of Gordon Moody's "largest and most important events in the calendar, Mabbett said that the introduction of the ICE Consumer Protection Zone in 2018 has meant that organizations including Gordon Moody have been able to raise awareness and network with key stakeholders from all areas of the sector.

"This year the CPZ was situated in a very prominent location and with its open-plan design and large networking area, it attracted a large amount of traffic making it the busiest and most successful CPZyet," he stated. "With so much activity in the sector due to the review of the Gambling Act, the agenda was packed with panels, talks and Q&A's giving organizations like Gordon Moody a voice on what are really important issues." 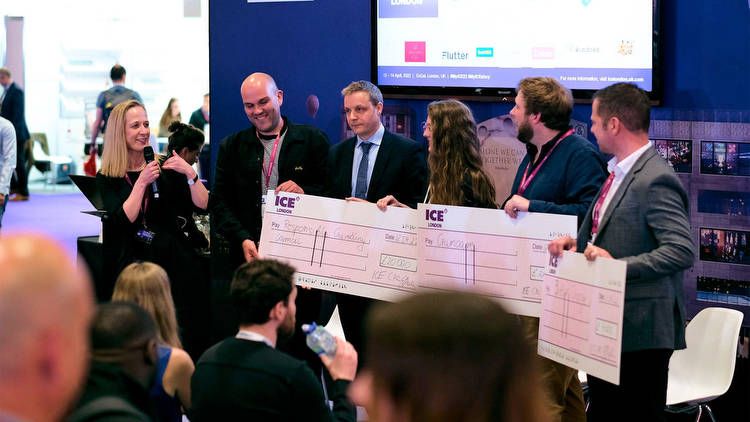 "On behalf of the charity I would like to thank Clarion for staging the event despite such challenging times," Mabbett concluded. "It was so valuable to be able to meet people face to face again after two difficult years and it's true - together never felt so good!"

The 2023 edition of ICE London, which is set to take place across 7th/8th/9th of February at ExCeL London is on course to match the physical size of the 2020 edition with 85% of stand space booked nine months in advance of the show opening, according to its organizers. Demand has been driven by high rebooking figures and the return of the major suppliers to the land-based sector.

@soft_2_bet successfully presented its products at ICE London. The company thanks everyone who went out to talk to them. 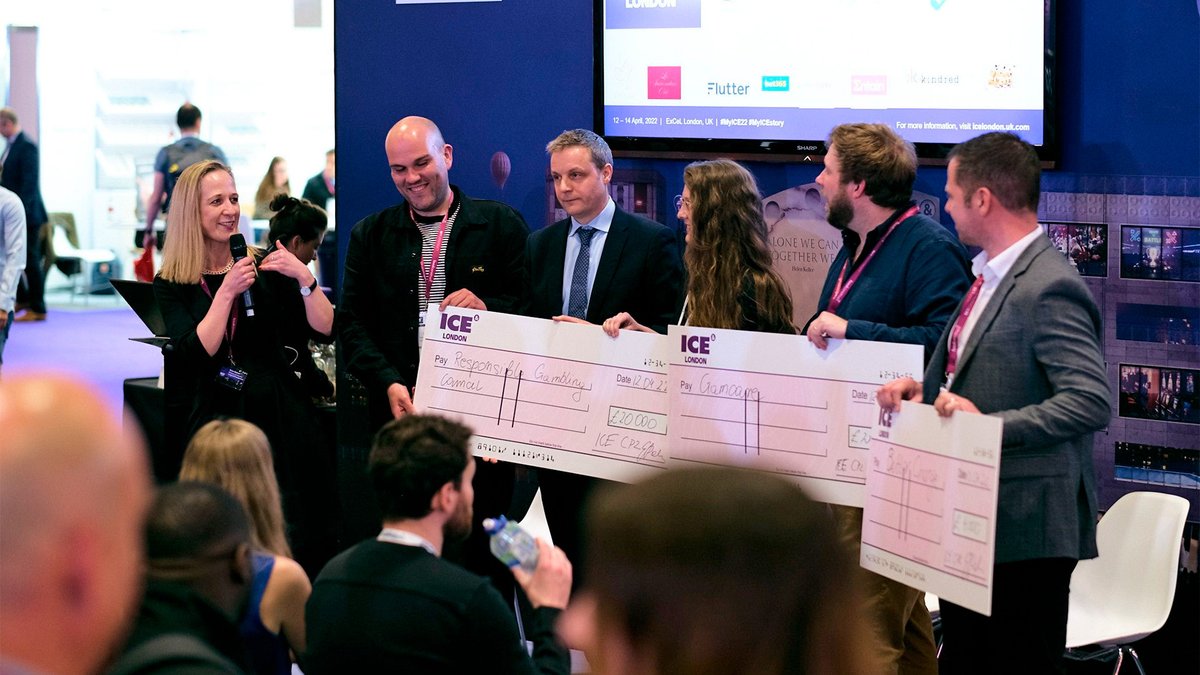 📢Who is the Player? Hint- Ice Hockey 😉 ✅Start Playing: 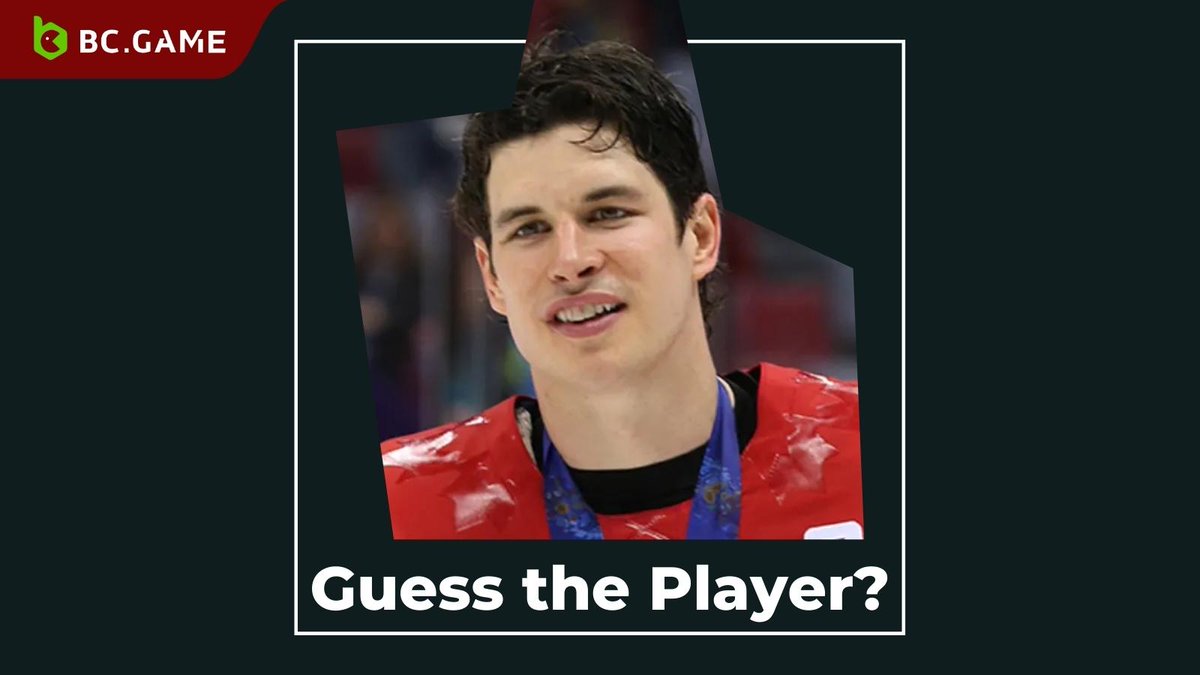 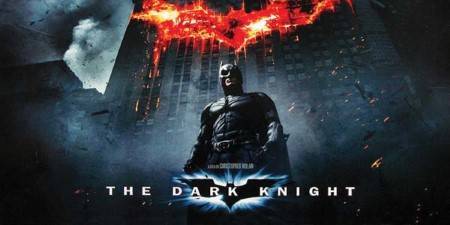 Stacey Goodwin lost hundreds of thousands of pounds in gambling. She tried to take her own life twice. Stacey is now three years clear of her addiction and working as an associate for charity The EPIC Restart Foundation. She has helped over 1,000 women struggling with their gambling addictions through social media. Her book 'The Girl Gambler' has five star ratings on Amazon.com. It is about her escape from gambling addiction. The book has been published last April. For more information on The Girl Gambler, visit The Gambling Addicts' Association. for more details, go to their website.
Gaming Authorities ・ 6 days
Lexology

The Ministry of Information and Broadcasting has issued an advisory dated June 13, 2022 to print media, private satellite television channels and publishers of news and current affairs content on digital media to adhere to the Advertising Standards Council of India guidelines on advertisements of online betting and gaming platforms. The Indian Constitution states that gambling is a state subject. In a majority of states, online real-money gaming has been interpreted by Indian Courts to fall within the exception ‘game of skill’. Assam, Odisha, Telangana and Andhra Pradesh prohibit activities in relation to online gaming.
Industry ・ 7 days

‘I lied to everyone I met’: How gambling addiction has taken hold of women in the UK

Bev, Tracey and Stacey had problems with gambling. Bev was in charge of household finances. Tracy used to gamble a lot. St Stacy used online gambling to avoid attention. They all found support at a women-only residential retreat. They are part of a network of organisations within the National Gambling Treatment Service. Karter makes a link between a rise in gambling amongst women and its omnipresence. She sees a correlation between this and a increase in stress, depression and anxiety. It's easy to lose yourself in the virtual world of online gaming.
Gambling Addiction ・ 14 May 2022
Yogonet

Merkur Gaming will have a booth opposite the main entrance of the Peru Gaming Show 2022. The company will showcase its Linked Progressive Jackpot innovations and its standalone multigame slots. Merkur's sister companies will also be on display: money handling specialist GeWeTe and iGaming solutions provider GmbH. PGS 2022 will take place on June 15-16 at the Centro de Exposiciones Jockey, in Lima.
Winnings ・ 14 May 2022
Super Slots Casino

GamCare and the Responsible Gaming Council will receive £20,000 each. Better Change will get £6,00 each from Ambassadeurs Group. Bet365, Kindred, Entain, Videoslots, Sky Betting and Gaming and IMG Arena each donated £ 6,500. The Consumer Protection Zone was introduced to the ICE London show floor in 2018. It hosted a number of safer gambling charities. The conference programme featured a Responsibly Gambling Masterclass.
Law ・ 06 May 2022
European Gaming

Gambling Business Group, CEO, Peter Hannibal: ‘Every great gaming innovation has been seen if not launched at ICE London.’

ICE takes place next week at ExCeL London. Peter Hannibal, CEO of the Gambling Business Group, will be attending his 40th edition of ICE and its predecessor ATEI. He believes the majority of great gambling innovations have been seen if not launched at ICE London and believes that the bounce-back for the land-based gambling sector begins at the show. The Consumer Protection Zone, introduced by Clarion in 2018, is an example of how the industry is working in partnership with safer gambling and treatment charities.
Industry ・ 07 April 2022
European Gaming

Future Anthem launches Amplifier AI to personalise the player experience for everyone. It will be officially launched to the gambling industry at ICE 2022. Amplifiers AI combines machine learning and behavioural models with proprietary and public meta data. Outcomes and outputs allow operators and games studios to create real-time recommendations that increase player engagement responsibly.
Innovation ・ 06 April 2022

Merkur is one of the leading exhibitors at Madrid's FIJMA show. Merkur's top attractions were the brand's latest linked jackpot innovations, Link Zone and Solar Link. Link zone is a futuristic 4 level linked progressive jackpots system. The International Game Fair 2022 was held at IFEMA Pavilion 7 venue on March 15-17. It was attended by a large contingent of visitors. The brand is represented by Spanish subsidiary company MerKur Dosniha. Its products are aimed at both the Spanish and international market sectors.
Winnings ・ 28 March 2022
Big Spin Casino

DraftKings, FanDuel and Play Sugarhouse are the only three gaming operators approved for internet gaming in Connecticut. The Department of Consumer Protection and Attorney General William Tong warn about illegal offshore gambling businesses that are offering Connecticut residents to bet through their online platforms. They are not licensed to accept wagers within Connecticut and don't comply with state regulations.
Tournaments ・ 14 March 2022
Yogonet

Laurent Lassiaz, CEO of JOA Group, is the latest to lend his support to the event, to be held 12-14 April at ExCeL London. Lassesiaz has overseen the development of the second-largest operator in France, which last year opened its 33rd establishment a ‘new generation’ EUR 8.5 million casino in Saint-Laurenuren-en-Grandvaux.
Payment Methods ・ 03 March 2022
iGaming Business

Laurent Lassiaz, CEO JOA Group, is the latest to lend his support to the ICE London expo. Tiina Siltanen, general manager, Casino Helsinki & Casino Tampere, also supports the event. Clarion Gaming managing director Stuart Hunter believes ICE is still the most influential exhibition in world gaming. The expos are the first opportunity for the international industry to show that it's back and ready for business. The show will take place in 2020 and will feature 450 exhibitors.
Industry ・ 28 February 2022
Mirror

There has been a 132% increase in women seeking help over their betting habits. Gordon Moody estimates that just 3% of female addicts are seeking treatment. Stacey Goodwin lost £50k in six days after she was lured into the betting world by £1 slot machines. She is now in recovery and openly talks about her journey on TikTok. She gets 40 to 50 messages every day from women who want help. Public Health England reports that 7% are problem gamblers and 5 million people are negatively affected. Few female celebrities have spoken publicly about gambling addiction. They are afraid to do so as they think they are the odd one out.
Covid ・ 02 January 2022

Problem gambling is a serious issue around the world. In the UK, the regulator Gambling Commission works with several charities to promote safe gambling and provide addiction treatment. Safer Gabbling Week is in its fifth year and it has just enjoyed its most successful event yet.
Law ・ 07 December 2021
European Gaming

Ten EU Member States have strengthened their consumer protection rules for online gambling since 2018. However, significant gaps remain in how these rules are implemented. 16 Member states have established a national self-exclusion register for Online Gambling. Not all Member State have rules which prohibit gambling advertising being sent to those who are self excluded. The study is an update to a previous study published by CUL in 2018 and commissioned by the European Gaming and Betting Association. It was aimed at raising awareness about the level of consumer Protection offered to EU citizens in respect to online Gambling.
Law ・ 03 December 2021
Gambling News

Today, GambleAware has published the yearly statistics for the 2020-2021 period issued by the National Gambling Treatment Service in the UK. The data from the statistics report revealed a number of important conclusions with regards to the success rate of the treament of problem gamblers.
Gambling Addiction ・ 30 November 2021
Gambling News

Microgaming has broadened its charitable scope to support more Responsible Gambling charities in 2021. The company has widened its reach to Betknowmore UK, a leading provider of gambling support and training services. Bet knowmore received a donation to cover the cost of a year-long trial for weekly peer-led group therapy specifically for women. Microgaming also supported the Gordon Moody Association, which delivers a variety of treatment and therapy services for individuals with gambling issues. It also sponsored Motiv8 IOM, providing addiction treatment to the Manx community.
Gambling Addiction ・ 04 November 2021
The Day

Consumer Protection Agency will not protect people with gambling addiction and underaged youths from gambling. They will brag about how they set up a site to allow removal of the exposure and influence of gambling for people who want to get out of seeing gambling sites. People who would like to gamble have to go to a Consumer Protection site.
Gambling Addiction ・ 02 November 2021
Fortress Of Solitude

UKGC Credit Card Ban: How the Decision Was Taken?

UKGC has banned credit cards in casinos from 14 April 2020. The ban applies to UKGC licensed casinos. Casinos that are not UK-based or not under the UK GCG regulation can keep credit card as a payment method.
Payment Methods ・ 14 August 2021
Casino Reports

Alberta will not restart the restart of operations for a little while. This is bad news for many charitable organizations that rely on gambling funding. For the 2019-20 year over CA$321 million were raised for charity through the gaming nights.
Politics ・ 31 March 2021 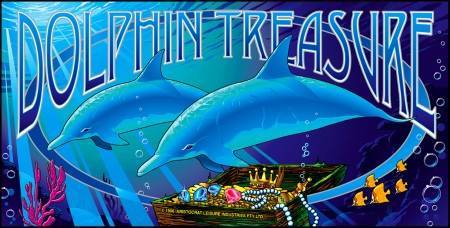