Following a successful beta launch with tier-one partner Entain on its leading brands including Ladbrokes, Bwin and PartyCasino, Fire Hopper is the latest in a string of recent player-first hits such as Fat Drac and Mount Magmas.

Set in a seemingly tranquil countryside pond at the foot of a waterfall, Fire Hopper features a mysterious fire frog, which promises vibrant play and great win potential.

The base game utilises a 7x7 reel set with a cluster paying mechanic on five or more clusters. When wins occur, the winning symbols are removed and a new cascade begins.

If the Frog symbols appear at the same time as a Firefly, the Fire Frog leaps onto it and transforms it into a Wild Golden Frog, increasing the multiplier for each leap it makes. A combination of the Frog and an instant prize symbol awards the player instant wins of anything up to 1000x, but combined with multipliers wins in general gameplay can reach the dizzy heights of 50,000x.

Land a Bonus Scatter along with a Frog Symbol in order to trigger the free spins game where seven free spins are awarded and any multipliers already accumulated are carried through to the free spins bonus round.

Commenting on the release, James Marshall, CEO at Push Gaming said: “While the tone may be a shift from previous games, the gameplay and win potential will offer players another level of entertainment in a cluster pays game. Our team has done an incredible job with the design and as a result, the game looks and plays brilliantly, especially on mobile.

“Creating something that is a little bit different is what we do at Push and with each release, operators and players can be confident that our entertainment-focused approach will always run at the core of our games.”

Alex Ratcliffe, Head of Slots at Entain said: “Fire hopper is exactly the kind of game exclusive we like to host. During its beta period with us, the contemporary design & subtle physics of the game really shone, and it really grabbed the attention of our players. It’s this level of polish and innovation we expect from a studio like Push and the quality we seek for our loyal players. It’s been a successful launch and we look forward to working together again in the future.” 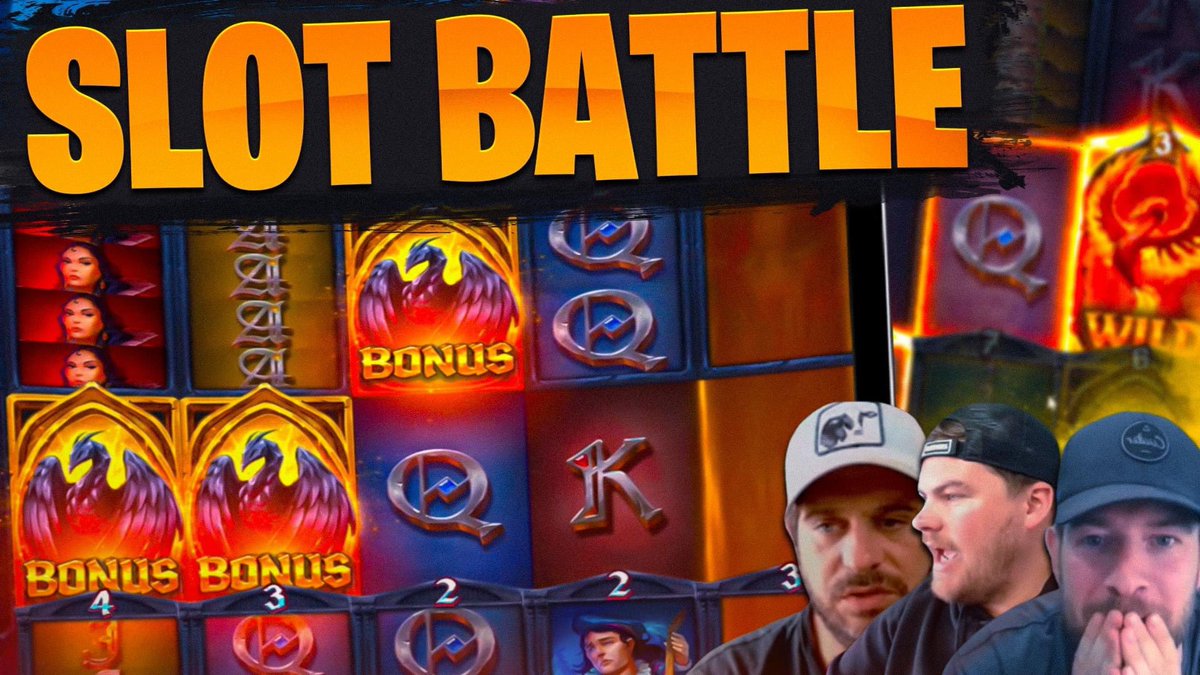 🎰🎺 #casinoslot Deadly 5 looks like another interesting release from Push Gaming, a more accessible option this time, with volatility at a level that allows more players to give it a try

Push Gaming has entered into a partnership agreement with NetBet. Push's games will be rolled out across Netbet's platforms in the UK and Romania. The deal will extend to the recently regulated market in Netherlands. In February, Push entered partnerships with online gaming operators ComeOn group and Superbet.
Industry ・ 26 April 2022

Push Gaming's new gothic-inspired slot Nightfall is available to all partners across regulated markets. Nightfalls follows recent hits from Push such as Big Bamboo and Bison Battle. Players create matching combinations of menacing symbols across the slot’s 20 paylines to award wins. The base game gives players the opportunity to land wild scatter symbols, which substitute for all symbols other than fireballs. Three wild scattered symbols activate the bonus round.
Bonuses ・ 01 April 2022

Push Gaming has completed a deal with major operator Superbet. Push Gaming is a B2B gaming supplier. SuperBet is already established as a leader in the Romanian market. The partnership will allow Push gaming's portfolio of titles to grow amongst its Romanian player base.
Industry ・ 22 February 2022

Push Gaming has signed a partnership agreement with ComeOn Group. Player-first titles Jammin’ Jars 2, Fire Hopper, Bison Battle and Big Bamboo will be available to Comeon”s players in regulated markets such as Germany, Sweden and other Scandinavian countries.
Industry ・ 03 February 2022

Push Gaming has signed a major deal with Scientific Games. The deal will see Push Gaming's player-first titles available on 32Red and 888 in regulated markets. Push has identified the US and Canada states as those markets that fit its products and future growth plans.
Industry ・ 31 January 2022

Bison Battle is the latest slot title from Push Gaming. It is based on the Great Plains of North America. The game has 20 paylines, is available on all devices and has a 96.4 percent default RTP.
Malta ・ 20 January 2022

Soft2Bet has reached a content integration agreement with Push Gaming. Push's portfolio of games will be available across Soft2 Bet's network of brands. Soft 2 Bet will use the popularity of Push games to enhance its product portfolio and customer satisfaction level in core markets like Finland and Sweden.
Strategy Guide ・ 25 November 2021

Push Gaming has released its new video slot game, Fat Drac. It's the third game in the company's Fat Series. The game is a 5-reel, 5 row video game with 40 paylines.
Industry ・ 17 October 2021

Jammin’ Jars 2 is a sequel to the popular online slot machine. It's three years after the first game. The visuals are blown up to match modern standards.
Bonuses ・ 29 July 2021