Politicians' next pension 'fix': Gambling with your money

Imagine a husband going to his wife with a grand scheme to get his family out of the financial trouble they’re in. Out-of-control spending and too much debt has made a mess of their lives, and his wife has been asking him for years to scale down spending and cut back excesses. Unfortunately, that’s never happened, and now, things are desperate.

Now, he’s come up with a new plan, promising it’s a low-risk idea:

“OK, I’m going to borrow a bunch of money at a pretty low rate,” he says. “I know it sounds counterintuitive, but trust me, banks are giving away money right now at really cheap interest rates.

“I’m going to take that money and invest it in the financial markets — you know, some tech stocks, some real-estate trusts, some hedge-fund investments and, for sure, some private equity. It’s a no-brainer. After about 20 years, we’ll earn lots more on those investments than it will cost us to borrow the money.

“When it’s all over, we’ll repay the loan, and with all the money we make, we’ll pay down our other debts.

“There’s really no risk. What could possibly go wrong? The markets always go up.”

Gambling on the stock market to get out of financial troubles. It’s a fool’s game, but that’s exactly what some politicians in Illinois are considering now to address their cities’ growing pension crises. Lawmakers want to borrow money from the bond market to pay down pension debts by issuing what are known as pension-obligation bonds.

The borrowing scheme is a bit more complicated than the household example, but in essence, pension-obligation bonds are all about taking out a loan, then investing that money and hoping the returns beat out the costs of the loan.

It’s a lose-lose game for taxpayers. If politicians get it right, governments will have extra money to spend and grow even bigger. And if politicians get the bets wrong, they’ll come after taxpayers to pay off their gambling losses.

That’s one of the reasons why national organizations like the Government Finance Officers Association say “state and local governments should not issue POBs.”

That hasn’t stopped a new trio of cities, Moline, East Moline and Rock Island, from considering the pension-bond gamble, a recent article in the Quad-City Times reported.

All three owe tens of millions to their local public-safety funds, and pension costs continue to devour more and more of their city budgets.

Now, rather than fight for actual solutions through pension reform, local officials are basically pitching the bonds as a silver bullet to their public-safety-retirement crisis.

East Moline, for example, wants to borrow $41 million via a pension-obligation bond, which officials say would be used to fully fund its public-safety pensions. That sounds good, but it ignores the fact that taxpayers would be on the hook for repaying the bond.

Officials claim the gains on their scheme would save the city $30 million in the long run, but that’s only based on their assumption that their investments will pan out.

The city’s gamble could go the other way and hit local taxpayers with losses. Nobody knows the outcome.

Crises in the Quad Cities

For sure, communities in the Quad Cities area are struggling with their pensions. In all, the sum of their local pension shortfalls now exceeds $300 million — and that’s a big problem for everyone.

Never mind that debts have grown despite taxpayers pouring more and more into the funds. Taxpayer contributions are three times higher today than in 2003 in East Moline and Rock Island and more than four times higher in Moline.

Meanwhile, the neediest residents in the Quad Cities area are seeing funding for core services swallowed up by the ever-growing pension crisis. Today, nearly 25 percent of Moline, East Moline, and Rock Island’s collective budget is devoured by pension costs. In 2003, around 10 percent was taken up by pensions.

The problems for these cities will only get worse as the number of public-safety beneficiaries in all three cities now outnumber the number of active workers. That means the burden to fund these debts will continue to increasingly fall on taxpayers.

At Wirepoints, we’ve laid out a summary of the local pension crisis across Illinois’ largest 175 cities. All three cities included in this piece received an “F” grade for their crisis, driven largely by the falling funded ratios, higher burden on households and increase in retirees relative to active workers.

Illinois’ Quad Cities are being crushed by the costs of their public-safety pensions. But pension-obligation bonds could simply make matters worse.

The bottom line, as we’ve said before, is this: The bonds are inherently unethical. They transform local governments from service providers into trading houses — with taxpayers unwittingly providing the risk capital.

The real solution to the state and local pension crisis — one that can improve retirement security for government workers and make Illinois more affordable for everyone — is actual, structural reforms.

Ted Dabrowski and John Klingner are analysts for Wirepoints.com, a website devoted to research and commentary about Illinois’ economy and government.

💰 After 29 consecutive draws without a winner, one lucky punter from Illinois has scooped the US Mega Millions jackpot for a staggering $1.33bn! 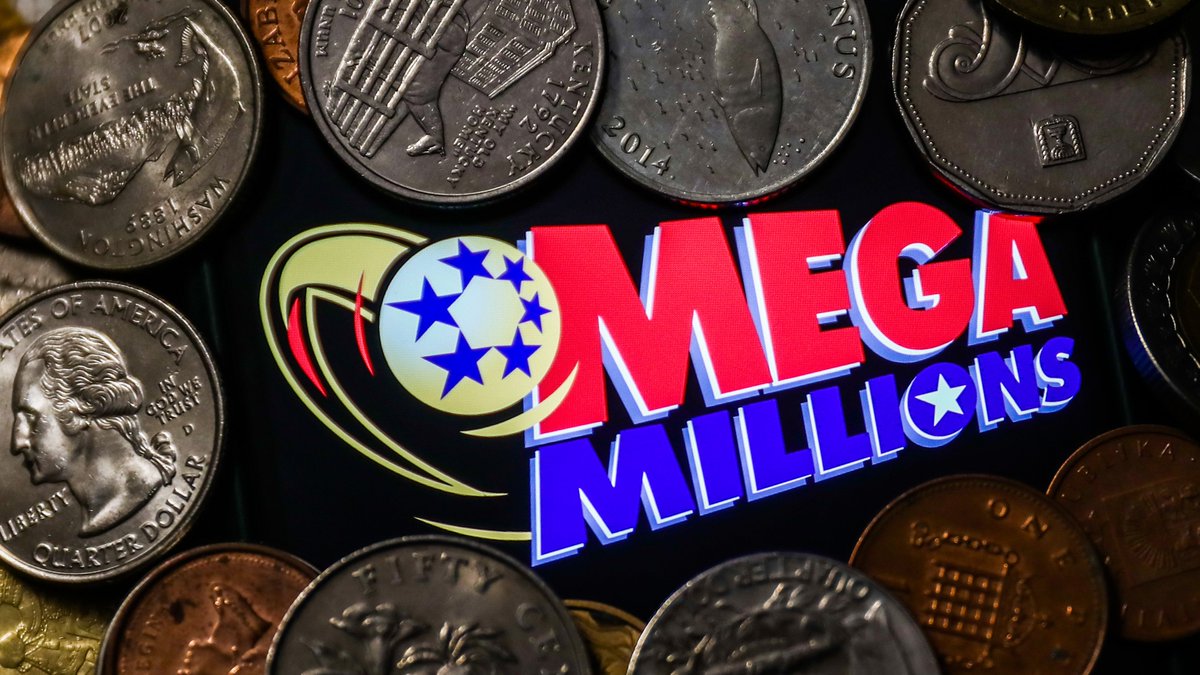 Illinois Gaming Board reports $327.4 million in revenue from casino gaming and video gaming terminals in June. There were 745,546 admissions across the state's 11 revenues, nearly 50,000 fewer compared to May. The state collected $86.2 million from the two wagering disciplines.
Finance ・ 20 days

RDA Board approved 77 community grant awards totaling $1,950,802 in gambling proceeds to support area nonprofit, civic, and governmental organizations. $250,000 will be paid as multi-cycle commitments to Humility Housing and Service, Inc. for an affordable housing project and Putnam Museum and Science Center for their Putman Reimagined project. The Fall 2022 grant cycle application will available online by July 31, 2022.
Covid ・ 19 May 2022

None of the casino applicants has agreed to negotiate with unions, labor leaders say. Robert Reiter Jr., president of Chicago Federation of Labor, wants aldermen to approve any proposal until a labor agreement for operations is in place. Unite Here Local 1, the Chicago union representing hospitality workers, and its president, Karen Kent, also want a unionized labor force. Bally's has engaged with the CFL and is working toward an agreement. The three active proposals have had community hearings and each has drawn heavy criticism from neighbors. A parade of alders wants to reach a so-called "labor peace agreement" they hope will result in higher casino wages.
Mobile ・ 26 April 2022

Chicago Chinatown residents are protesting the proposed site for Rush Street Gaming’s $1.62bn project. Dr. Hong Liu of the Midwest Asian Health Association and Dr Kim Tee, Commissioner at the State of Illinois Hospital Licensing Board, are among the protesters.
Law ・ 25 April 2022

Bally's Quad Cities in Illinois is opening its casino slot machines 24 hours a day, seven days a week. The casino was rebranded from Jumer's Casino and Hotel last month. It is the first time in the property's history that the casino is open 24/7. Other casinos in Quad cities have previously been open longer.
Covid ・ 31 March 2022

Isle Casino Hotel Bettendorf launched its first charter flight to Harrah’s Laughlin Resort & Casino in Nevada Thursday. The flight left from the Moline airport with 95 passengers on board. It's part of the Caesars Rewards Air program that lets players earn discounts and free trips. Next flight will be on March 10. Caeresars Entertainment, Inc. is the largest casino-entertainment company in the U.S. and has more than 150 locations across the country. Its rewards program allows anyone to purchase or earn free vacation packages that include roundtrip airfare, hotel accommodations, ground transportation to and from airport, and complimentary baggage handling.
Travel ・ 28 January 2022

Bally's Quad Cities in Rock Island is opening its casino slot machines 24 hours a day, seven days a week starting Friday, Oct. 1, 2021. The expansion is one of several positive changes Bally’s has made in the past couple of months.
Travel ・ 04 October 2021

Jumer's Casino & Hotel has a new name: Bally's Quad Cities Casino and Hotel. The property-wide rebranding is expected to be complete by the first half of 2022. Baly's Corporation bought Jumer’s Casino in June. The previous owner, Delaware North, reached an agreement with Twin River Worldwide Holdings to sell the casino and hotel complex.
Travel ・ 14 September 2021

The proposed Chicago casino is not attracting big names in casino gambling. The proposed 40% tax is better than the 72% rate first proposed by the city. Public safety and corruption are risk factors associated with gambling in Chicago. The city's request for proposals requires a hotel, meeting rooms, shops, restaurant spaces and obligations to use local beneficiaries as subcontractors and sub-operators. There is also a lot of competition on Chicago’s doorstep. It is more favorable than in other states.
Travel ・ 27 July 2021