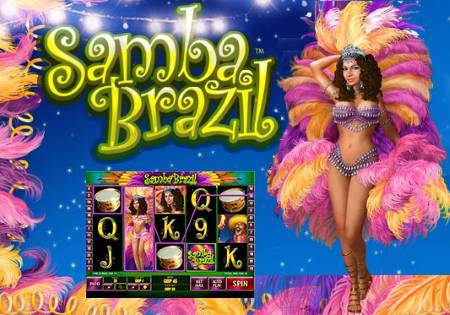 Play’n GO, a leading supplier of online slots, has struck a strategic deal with the gambling juggernaut BetMGM. Per the agreement, Play’n GO will power the operator’s offering in New Jersey with its acclaimed suite of exciting slot games.

Play’n GO agreed to provide BetMGM with a premium selection of the best slots it has to offer. As a result, the operator will be able to engage clients in New Jersey with supreme titles, including both classics and fresh releases. This means that players in the Garden State will get to enjoy many engaging games such as Ankh of Anubis, Cat Wilde and the Lost Chapter, Cash Pump and Blinged, among others.

Both parties are excited about the agreement. Because of that, the two companies have planned to launch Play’n GO’s titles in other states as well. BetMGM hopes to roll out its new partner’s titles in Michigan next.

The deal will help BetMGM engage its customers with many exciting experiences, provided by Play’n GO. The studio, on the other hand, will expand its US reach as it seeks to reinforce its footprint in North America.

Play’n GO’s chief commercial officer, Magnus Olsson, commented on the launch in New Jersey. He noted that the company has been in the United States for just a few weeks but is already enjoying a lot of attention from local players.

Olsson said that the foray into the US is a “hugely exciting time” for the company’s journey to North America. Play’n GO recently appeared at G2E for the first time and is already breaking ground in New Jersey and Ontario. Olsson concluded that his company aims to become the casino entertainment supplier of choice of many regulated jurisdictions in the region.

Speaking about the agreement with BetMGM in particular, Olsson lauded BetMGM as “one of the most trusted names in US gaming” and a company that “needs no introduction.” The CCO added that he is optimistic about the company’s future in the state.

This partnership gives a large New Jersey audience access to some of the most popular online slots in the world, including Book of Dead.

Play’n GO is already one of the biggest suppliers of slots in Europe and Latin America. The company is currently looking to replicate this success in the highly-lucrative US market as well. To that end, Play’n GO keeps on releasing hit titles and signing deals with major operators.

In September, Play’n GO launched ImmorTails of Egypt, a cat-themed slot with an Egyptian vibe. 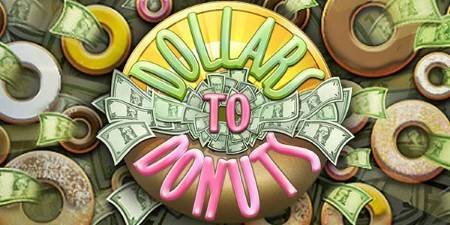 Play’n GO signed a deal with BetMGM to bring its games to New Jersey. The game is a great news for Bet‘Morgans who will get to play a wide range of Play”s popular games.
Industry ・ 01 November 2022
iGaming Brazil

Play'n GO launches with BetMGM in New Jersey. Play'N GO and BetmGM will work together to bring their games to players in more regulated US states, including Michigan. Play’n Go recently aired on G2E for the first time. It also debuted in the newly regulated Canadian province of Ontario in March. In September, Play's GO launched in N.J. for firsttime through a content partnership with PokerStars.
Incidents ・ 01 November 2022

Both existing and new Lottomatica members will get the chance to try some of the best-ranking slot titles from Play’n GO. Play'n Go has already proved itself as a leading operator in Italy as it entered the market in 2018. The provider has even released a slot game, Rocco Gallo, set in the Italian countryside.  Regional Director for Southern Europe and LatAm at Play's GO, Emilie Zamponi, said that striking a deal with another Italian operator shows how popular Play't GO's games are in that country.
Incidents ・ 21 October 2022
Yogonet

Play'n GO has expanded its footprint in Italy with a new content deal with Lottomatica. Play'N GO games have been available in the Italian market since 2018.   They include Book of Dead, Tome of Madness and Rise of Olympus. Lotto's focus is on bringing the best games to its players. They will work closely together on this matter over the coming months and years.
Incidents ・ 08 October 2022
Super Slots Casino

Play’n GO will be at GGE Vegas, the Story Goes on

Play’n GO will be at GGE Vegas next week. It will show its innovations after successful launches in New Jersey and the nascent but thriving Ontario market. Play‘n Go recently attained a license in Michigan. The presentation will include a new campaign called Stories Start Here. CEO and Co-Founder of Play'nGO, Johan Törnqvist, is excited to share the company's story with everyone in Las Vegas.
Law ・ 06 October 2022
Yogonet

Play’n GO is exhibiting at the Global Gaming Expo in Las Vegas next week. The company will focus on its portfolio of more than 300 titles. Play”n“G2E is the number one slot supplier to regulated markets in Europe. Its games include Book of Dead, Tome of Madness, and Reactoonz. The business has been operating in North America for almost 20 years. It recently acquired a license in Michigan. iGaming entertainment supplier Play'n Go is based in Sweden. They are the creator of Book and Tome. Their game Reactooonza is the world's most popular online slot game.
Mobile ・ 05 October 2022
Recent Slot Releases

Play’n GO will make its long-awaited debut in Las Vegas next week. The Swedish iGaming entertainment supplier takes a starring role at the Global Gaming Expo. Play”n Go“s portfolio of more than 300 titles has propelled it to be the number one slot supplier to regulated markets in Europe. The company has launched successful market launches in Ontario and New Jersey and acquired a license in Michigan. Its games such as Book of Dead, Tome of Madness, and Reactoonz are firm favorites of players the world over.
Mobile ・ 04 October 2022

Play'n GO launches new prehistoric-themed slot Mount M. The supplier also launched Champions of Mithrune, Bull in a Rodeo, Forge of Fortunes, and Leprechaun's Vault in the last month. Play'N GO expanded in US by launching its portfolio of content in New Jersey. The Casino Service Industry Enterprise waiver, newly awarded to Play’n Go by New York's Division of Gaming Enforcement, grants the studio the right to supply its content to operators in Garden State. Players in NJ can access Play's GO titles including Rich Wilde and the Book of Dead, Reactoonz, Rise of Olympus, Legacy of the Dead and many more.
Bonuses ・ 16 September 2022
Yabby Casino

Play’n GO has secured a B2B license in Michigan. The studio plans to expand across multiple states in the US.
Industry ・ 18 July 2022
EGR

3 Oaks Gaming has signed an integration deal with iSoftBet. isoftbet will offer 3 Oaks' games on its platform. i softbet is excited to add 3 oaks' titles to its aggregation roster.
Industry ・ 08 July 2022
Gaming Intelligence

Wizard Games has expanded its partnership with BetMGM to New Jersey. The collaboration is the second in the U.S. after earlier this year the NeoGames S.A subsidiary’s content went live on the BetmGM Casino platform in West Virginia.
Hockey ・ 30 June 2022

Pariplay will power PlayStar NJ with games through its Fusion platform. The deal celebrates Play Star's launch in the state of New Jersey. Pariplay is expanding its footprint in North America. It recently agreed to power the Mexican operator Winpot.mx with its platform and teamed up with Skillzzgaming to roll out exclusive US-oriented content.
Strategy Guide ・ 10 May 2022
Gaming Intelligence

LeoVegas and Play'n Go have received approval for their iGaming operations in Ontario. The new regulated market will be launched on April 4th. LeoV Vegas will offer casino, live casino and betting under its Leo and Royal Panda brands. Play’n GO will provide its games to the province's regulated operators. Play's Go will also launch in selected US state level igaming jurisdictions for the first time. Share price of Leo Vegas AB fell 1.04% on Tuesday morning. It closed at SEK34.12 per share in Stockholm.
Gaming Authorities ・ 15 March 2022
Casino Guru

Play’n GO is the latest iGaming studio to be given the green light to start operating in Ontario. Play‘n Go is one of the most prolific developers of i gaming titles.
Gaming Authorities ・ 14 March 2022
Yogonet

Pariplay has signed a distribution deal with BetMGM. Pariplay will offer its proprietary games and third-party content to BetmGM's players in New Jersey and Michigan. The provider is taking a step towards the long-term goal of becoming a content supplier in North America. It has recently signed deals to offer content from its Fusion platform.
Industry ・ 14 November 2021

Pariplay has signed a distribution deal with BetMGM in New Jersey and Michigan. Pariplay will offer its proprietary games and third-party content to BetmGM's players. The deal is a step toward Paria's long-term goal of becoming a leading content supplier in North America.  Paraia has recently signed several important deals to offer content from its Fusion platform.
Industry ・ 11 November 2021
Canadian Casinos

Scientific Games has signed a deal with Playtech to increase their area of operations. PlayTech’s gaming products will be made available to operators from the said regions via the Open Gaming System. The first jurisdiction will come from New Jersey.
Baccarat ・ 20 July 2021
Casino News Daily

Play’n GO has been granted a new supplier license from Greek gambling regulators. The company is a pioneer in the development and provision of online slots for the international online casino industry. Play‘n Go is also licensed and regulated by the Malta Gaming Authority, the Belgian Gaming Commission, and the Romanian National Gambling Office.
Gaming Authorities ・ 26 May 2021
European Gaming

Play’n GO has received a new supplier licence in Greece. New regulations introduced in the country will see online slot games carry a maximum bet per spin, a minimum three-second average spin time and a max win of €70,000 per round. Play”n“GO is one of the first suppliers to be awarded the new licence. The company will work closely with its partners to ensure their Greek operations comply with the regulations. The head of sales and account management for Play'nGO, Magnus Olsson, explains that the company takes great pride in producing industry-leading titles that are both popular with players and available to operators in multiple jurisdictions.
Gaming Authorities ・ 25 May 2021 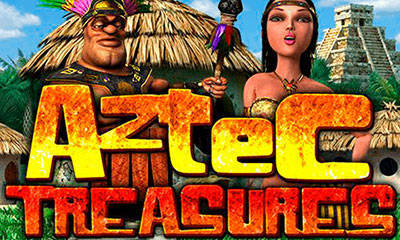