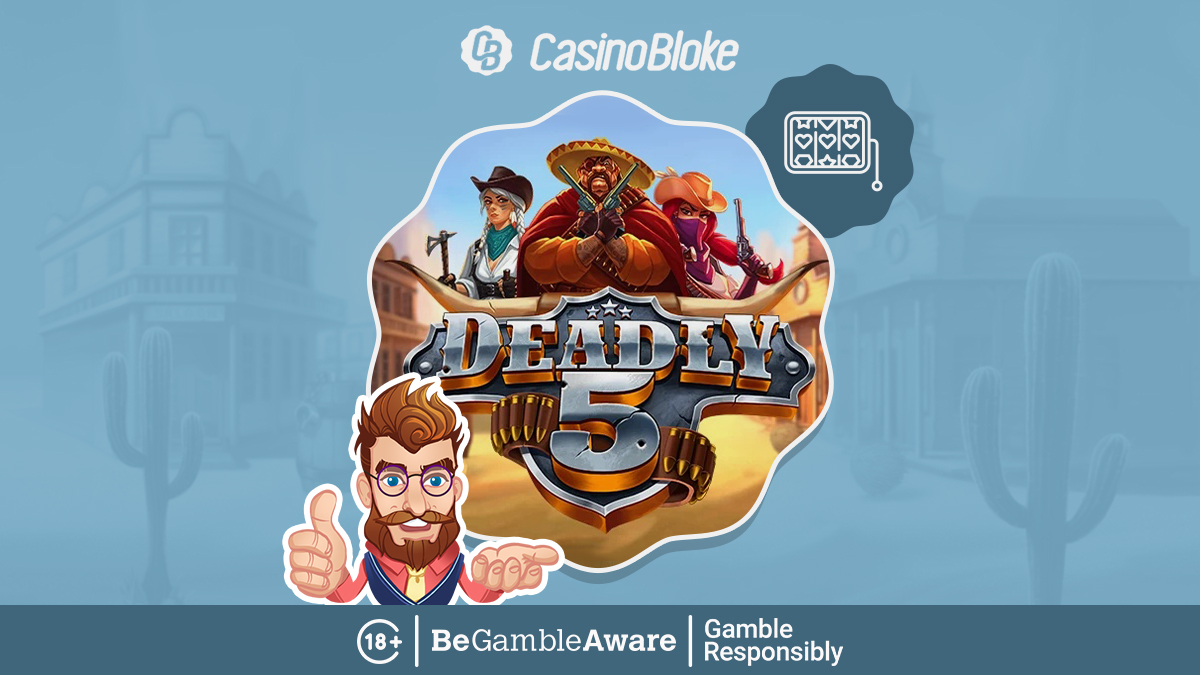 Push Gaming heads to the Old West with Deadly 5!

Push Gaming has announced the network-wide release of Deadly 5. It follows recent hit titles like Mad Cars and Fat Banker. The game takes place in the Old West and players are hunting cowboys with a bounty on their heads. The player is tasked to match the outlaws to their respective wanted posters. An expanding symbol feature will trigger from this with the potential to award huge wins. Push Gaming is live across the majority of Europe’s key regulated markets. They include LeoVegas, Entain, 32red, 888, Casumo, Betsson, Svenska Spel and PaddyPowerBetfair.
Bonuses ・ 23 days

Push Gaming has signed a partnership with 888casino. The partnership will see 8888casinos host an initial selection of premium slots titles from Push Gaming. Push gaming has recently tied up with Betsson and counts among its partners Casumo, LeoVegas, Entain and The Rank Group. The announcement comes on the back of a successful year for Push. It acquired an MGA and UKGC-licensed platform and is furthering its expansion ambitions across Europe.
Industry ・ 10 January 2022

Push Gaming has partnered with popular online casino MrQ in a new content integration deal. The supply agreement will allow Lindar Media to offer its players a range of hit titles.
Malta ・ 24 November 2021