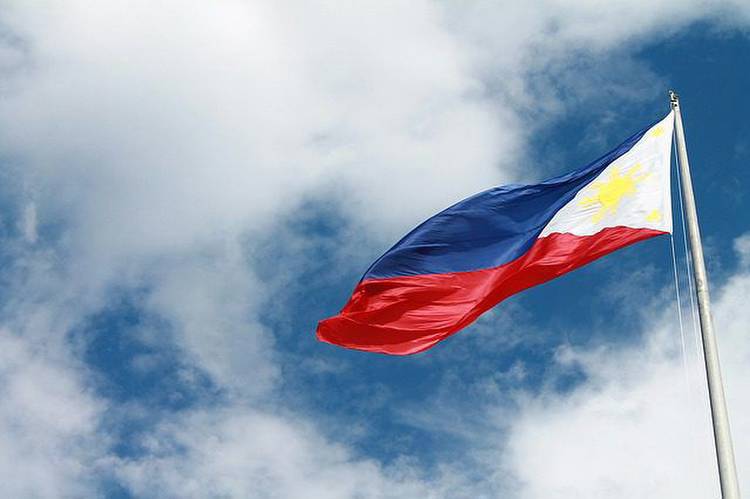 The bill, titled the Anti-Online Gambling Act, is currently awaiting consideration by a legislative committee.

In an explanatory note describing the bill, Villanueva emphasised the urgency of the bill, asking for it to be passed “immediately”.

“This bill seeks to prohibit online gambling and the placing of wagers or bets through the internet or any form of online gambling activities to prevent further deterioration of morals and values, encourage people to work instead of relying on a game of chance, stop addiction and save lives.”

If a corporation commits an offence against the Act, a maximum penalty of up to five years in prison and a fine of ₱500,000 will be handed to those responsible.

If passed, the Act will take effect within 15 days after its publication in the Philippines’ Official Gazette, or 15 days after it is published in at least two newspapers.

The Department of the Interior and Local Government, along with the Department of Justice, will be in charge of enforcing the contents of the act within 30 days of its enactment.

Online gambling directed at customers in the Philippines was only introduced last year, with online operators such as Okada Manilla being permitted to launch.

The country does, though, have a thriving industry of offshore operators that accept customers from other countries, sometimes including those where online gambling is specifically prohibited, such as China. These operators, known as POGOs, have been a major source of controversy, and a report last year from the National Bureau of Investigation (NBI) found that there was a “clear link” between POGOs and human trafficking.

Last month, Alejandro Tengco, the newly appointed chairman and CEO of the Philippines Amusement and Gaming Corporation (Pagcor), said that Pagcor would consider being split up between its roles as a regulator and an operator. 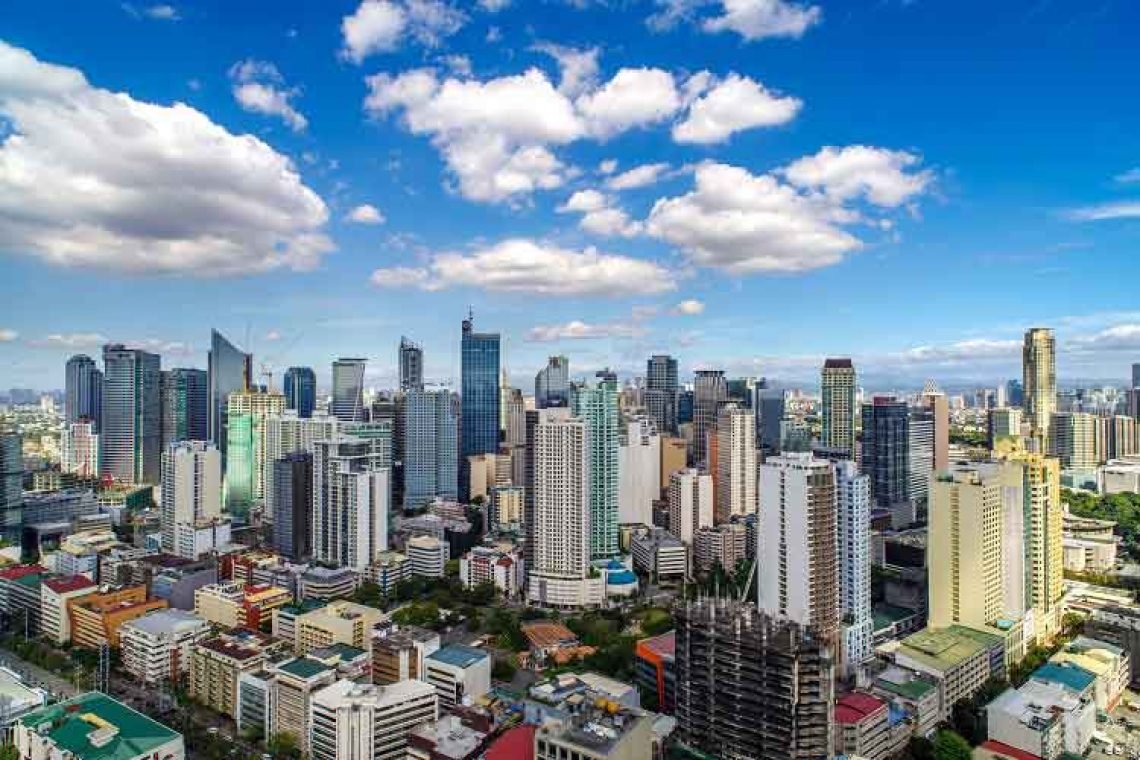 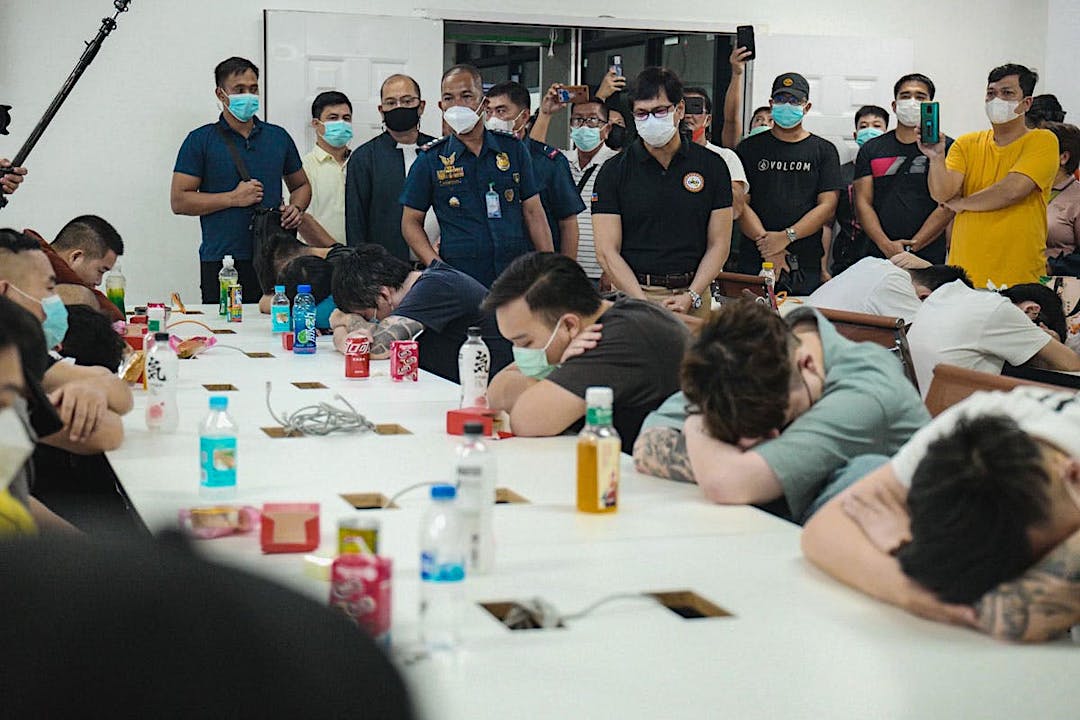 Philippines plans to shut down 175 online gambling firms and deport about 40,000 Chinese nationals working for them. The crackdown was triggered by reports of murder, kidnapping and other crimes committed by Chinese national against fellow Chinese. Offshore gambling operators, known colloquially as POGOs, first started appearing in the Philippines in 2016. They are mainly operated by expatriate Chinese, who are mostly from China. PogOs deliver 190 billion pesos ($3.22 billion) to the country's economy each year. They have been linked to human trafficking on an industrial scale.
Incidents ・ 8 days

Philippines is cracking down on POGOs, illegal gambling operators. The DOJ is shutting down 175 PogOs and deporting 3,000 Chinese workers. It aims to deport 40,00 Chinese by the end of the year. Poggio operators are accused of crimes, including murder, kidnapping and prostitution.
Incidents ・ 9 days

The Philippines will shut 175 illegal online casinos and deport 40,000 Chinese workers. The licenses of these casinos have been cancelled. About 300 Chinese nationals working in illegal POGOs are now under the custody of the government.
Incidents ・ 12 hr

The Philippines will stop operations of 175 offshore gambling firms and deport about 40,000 Chinese workers. The crackdown was triggered by reports of murder, kidnapping and other crimes committed by Chinese nationals against fellow Chinese. POGOs generate billions of pesos for the government each year. They also generate revenue for property and retail sectors. China supports the deportation and crackdown on Pogos. There were 30 Pogo firms in the Philippines, whereas there were 60 before the pandemic.
Covid ・ 9 days

Philippines online gambling at risk as senator calls for ban

Joel Villanueva introduced a bill on Monday seeking an outright ban on online gambling in the Philippines. The bill enjoys bipartisan support. It would outlaw all forms of online betting and bring a jail term of up to six months and a fine of $500,000.
Law ・ 14 days

Joel Villanueva introduced a new bill that would effectively ban all forms of online gambling in the Philippines. Villenuevo justified the loss of revenue with the rising social cost of gambling.
Politics ・ 16 days

Joel Villanueva, the Majority Leader for the Philippines Senate, filed his proposed Senate Bill 1281 last week. The bill would rescind the nation’s foreign-facing online gambling licensing program and make the delivery of iGaming services a crime punishable by up to six months in prison.
Law ・ 14 days

The gaming regulator for the Philippines ordered a pair of locally-licensed iGaming firms to close after detaining 140 staff members. The staff were suspected of having been kidnapped and forced to work illegally. Crimson Tulip BPO had its Philippine Offshore Gaming Operator (POGO) license revoked.
Incidents ・ 17 days

Villanueva wants to outlaw all forms of online gambling. He cites the case of a student arrested for betting more than P500,000 for e-sabong. Villanuesa also mentions the 34 people abducted because of their involvement in e. gambling activities. Violators could face up to five years of imprisonment and a fine not exceeding P 500,00. If the offender is a public officer or employee, he/she will be dismissed from the public service.
Politics ・ 17 days

Laos is considering introducing online casinos modeled after POGOs. The government is currently deliberating on passing rules that will create a framework that enables companies to apply for licenses. Laos has been mostly relying on its brick-and-mortar business, but this is changing now. The country has to deal with the fallout of the COVID-19 pandemic which has impacted tourism revenue and the gambling industry. Since Laos only operated brick and mortar properties, it has lost revenue. Illegal gambling operations proliferated, depriving the central government of taxable revenue, as well.
Gaming Authorities ・ 29 June 2022

A Guide To The Best Online Casinos In The Philippines

A Guide To The Best Online Casinos In The Philippines. In this article, we look at both general and specific features of internet gambling sites. We discuss the game types, casino bonus diversity, legality, customer support, safety, and security.
Strategy Guide ・ 29 March 2022

Slotegrator's new report gives an overview on Asian markets in 2021

Gambling is illegal in China, except for the two state-run lottery. Chinese nationals can gamble in Macau and Hong Kong. Maca is a former Portuguese colony. It has 41 casinos and millions of tourists. Online casinos are banned on the island. The local regulatory agency issued a public warning in 2015. The agency warned that online casinos were banned in the area in December 2015, but the ban was lifted in March 2016.
Sports ・ 20 September 2021