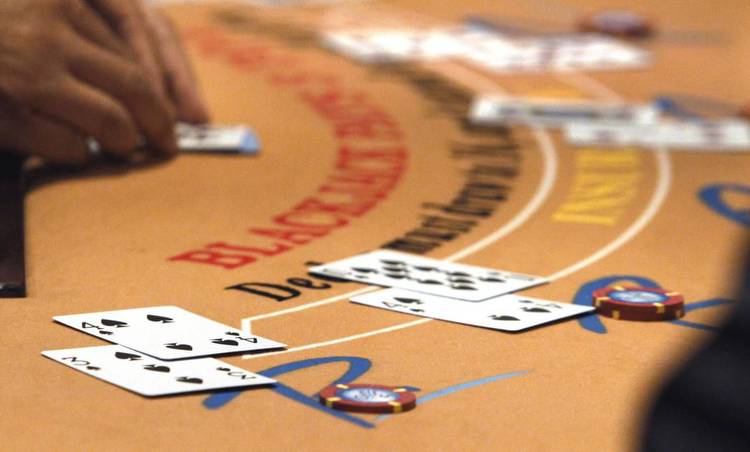 In the relatively short history of casino gaming in Pennsylvania, slot machines have brought in most of the revenue.

In the Pennsylvania Gaming Control Board's report for July, that was still the case as slots accounted for $222.8 million in total revenue. According to the report, it was the fourth-highest month ever in the state.

Overall, combined revenue was $423.6 million, the highest monthly total to date. It was a 51% increase when compared to July 2019 figures.

The two casinos in the state owned by Wyomissing-based Penn National Gaming both had good months.

The Hollywood Casino at Penn National in Dauphin County had the second-best overall revenue for the month at $53.6 million, while The Meadows Casino in Washington County brought in $20.6 million.

Internet gaming was the biggest draw for the Hollywood Casino, which accounted for $32.1 million in revenue, while slots brought in $16.7 million and table games $2.8 million. I-Gaming improved by 198.6% over the year to $32.1 million as consumers who were shut out of casinos during the pandemic discovered digital alternatives. Sports wagering was at $1.8 million.

The Meadows, on the other hand, received the majority of its revenue from slots, which accounted for $14.5 million of its total.

The Hollywood Casino Morgantown, which is scheduled to open its brick-and-mortar operation later this year, had revenue of $570,794 from its digital sportsbook partnership with Bet MGM. Penn National's Hollywood Casino York opened on Aug. 12.

The new Hollywood Casino Morgantown is now open for business in Berks County, Pennsylvania. The project cost Penn National $111m, including a $10.5m license fee. It is Penn's fourth gaming and entertainment facility in the state and its 44 property across North America.
Covid ・ 23 December 2021

Pennsylvania reported a 46% increase in gaming and fantasy contest revenue in September. The Hollywood Casino at Penn National had a 96.5% rise in monthly revenue. Hollywood at the Meadows had 48% revenue increase. New Hollywood casino in York had $7 million in revenue, mostly from slots.
Finance ・ 26 October 2021

Meadows Racetrack & Casino in Washington County, Pennsylvania, will be called Hollywood Casino at The Meadows on Friday. The name will align it with the Hollywood casino brand used at Penn National's other Pennsylvania properties.
Law ・ 12 October 2021

There are currently four land-based Pennsylvania casinos that have reduced slot numbers. This is the largest down-sizing of slot machines since gaming began nearly 15 years ago.
Covid ・ 01 September 2021

Penn National is the latest gaming company to request to reduce slot machines in Pennsylvania. Harrah's Philadelphia and Mount Airy already did that.
Sports ・ 25 August 2021