Based on the most recent data, the Internet users in India amount to over 560 people.

India’s online gambling industry is on the rise. Currently, its value is $930 million and according to projections, it will grow to over $112 billion in 2025. Many factors propel the expansion of India’s gambling market. One of them is that India has one of the youngest populations in the world.

Based on the most recent data, the Internet users in India amount to over 560 people. Furthermore, over 748 million people in India use smartphones. All these factors coupled together led to the exponential growth of the online gambling industry throughout the country.

Is Online Gambling Legal in India?

If we have to discuss the regulations on a national level, we would outline three main pieces of legislation, including The Public Gambling Act of 1867, The Prize Competition Act of 1955, and The Information Technology Act of 2000. As you can see, all of them were enacted years ago, when the online gambling industry was not even on the horizon.

What the Laws Say

Under The Public Gambling Act of 1867, all forms of gambling are forbidden. Some people claim that this act pertains to both online and offline gambling. However, at the time when the Act came into force, the Internet was still not invented.

The Prize Competition Act restricts all forms of prize competitions in which the prize pool exceeds one thousand rupees per month. Even though The Information Technology Act of 2000 can be applied to online gambling, it does not state that this form of entertainment is illegal.

Currently, India lacks adequate regulations to address the unprecedented growth of the online gambling industry. Even though online gambling is illegal in most Indian states, no one has ever been prosecuted for playing at a web-based casino.

Sikkim is the only state in India that implemented cut-and-clear online gambling regulations. Under the Sikkim Online Gaming (Regulation) Act of 2008, casino fans can play various table games online. When it comes to land-based casinos, only Sikkim and Goa host a limited number of gambling establishments.

Why Online Gambling Should Be Regulated in India?

India’s confusing gambling laws are harmful to the country’s economy. The flourishing gambling industry could generate millions of dollars to Indian coffers. Instead, the money goes to offshore gambling sites that target Indian players. What is more, the country has no authority to protect players’ interests and resolve possible disputes between players and casino operators.

By regulating the online gambling industry, India will curb illicit gambling activities and boost the economy. What is more, the country will be able to better estimate the percentage of people affected by gambling problems and help them tackle the issue.

Generally speaking, India makes a distinction between luck-based and skill-based games. Simply put, games of skills are those that rely on a person’s knowledge in the game. However, no game relies entirely on luck or skills. There is no denying that some games are more dependent on skills or luck, but every game includes both elements. Hence, such a distinction is not well-justified and that is one of the reasons why India should overhaul its gambling laws.

The Future of the Online Gambling Industry in India

On a more positive note, many other states examine the opportunity to regulate the online gambling industry. According to our humble opinion, if a single state dares to take some steps toward regulating the industry, many others will follow its example.

Taxes, new #regulations, what about the gambling advertisement? Read more about the latest #updates about the #Indian market now 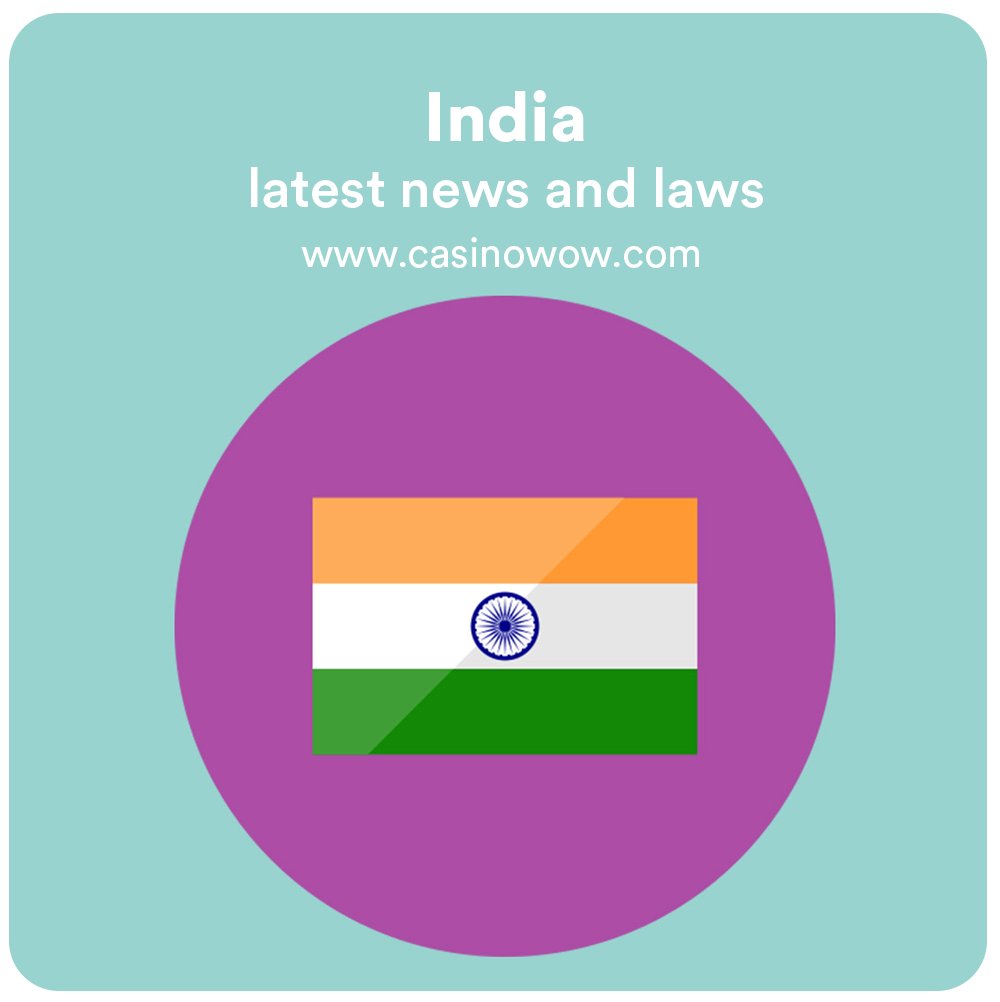 Most Popular Online Casino Games in INDIA #bestonlinecasino Here are some of the most popular #Onlinecasino games Indian locals enjoy playing online,have a look.. 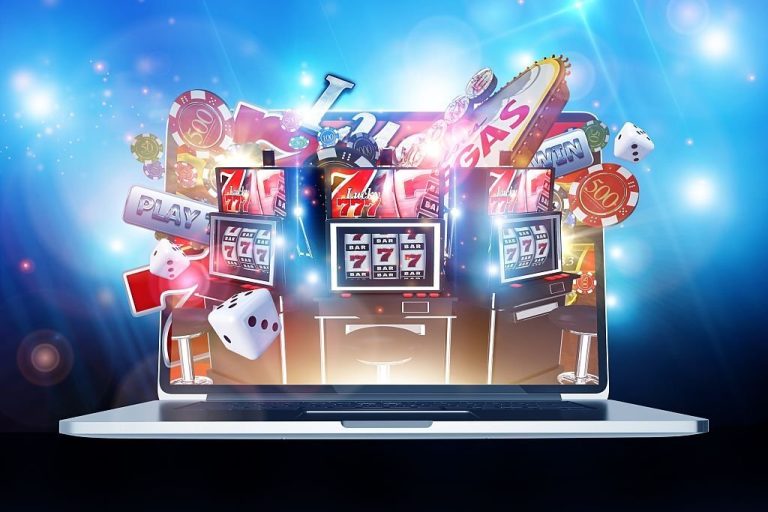 How is Online Gaming making its way to India's small town cities?

Online gaming is popular in India. It is available and affordable. People in lockdown during lockdown used to play online games. Online rummy games became popular during the lockdown. Small town cities are aware about online gaming because of the promotion of such apps during IPL.
Industry ・ 28 June 2022

Legal Situation Of Online Betting In India: What You Should Know

India is one of the growing markets for online casinos and sports betting. Last year, over 370 million Indians would place bets on major sports events like the Indian Premier League.
Law ・ 04 June 2022

Learn everything you need to know about gambling laws in India

Learn everything you need to know about gambling laws in India. Indian gambling regulations are complicated. Different factors impact the legality of online gambling in Indian.
Strategy Guide ・ 19 April 2022

Gambling has been a part of Indian history and culture for a long time. Indians love to play card games and bet on sports. Online casinos and sportsbooks are gaining more popularity in the country.
Law ・ 16 February 2022

What is the legal situation of online betting in Northeast India?

Online betting is a contested topic all around India. Each state in Northeast India has its own laws and legislations when it comes to online betting.
Gaming Authorities ・ 20 December 2021

The popularity of online Indian casinos.

Online gambling is popular in India. The legislation governing this activity is complex. Players can play at online casinos in any country. Some players who cannot play in their home country may turn to the international market.
Roulette ・ 23 November 2021

Online casinos are huge in almost every country worldwide. In India, most forms of real-life gambling are banned, but some can still access the top gambling websites in the country. The Information Technology Act of 2000 is a broad act that applies to almost any type of online activity. It lets the Indian government block foreign websites it deems necessary to block. Several online casinos have been blocked due to this procedure.
Law ・ 02 November 2021

The online gambling culture in India is one of the most active in the world. According to the Public Gambling Act of 1867, practically all forms of gambling are illegal in Indian. However, there are some grey areas regarding the legal status of online betting in this country. The ambiguity allows establishments to circumvent certain provisions in Public. Gambling Act. India has several independent states that impose their own laws and regulations. It is not clear what constitutes the difference between a game of chance and a games of skill. People in. Indian are more attuned to using technology in their everyday lives.
Law ・ 23 October 2021

Why Online Casinos in India Must Be Brought Under GST Taxation?

Experts are arguing that online casinos in India should be brought under GST taxation. Online casinos are growing in popularity in the country. The only law governing gambling in Indian was created in 1867. There is no improvement in this law since then. The new form of taxation replaced all central and state taxes. It is a single tax from service providers to the consumer. GST is implemented on the value addition at each stage. India is one of the leading financial markets in world. Additional revenue gained from taxation can be used in greater goods such as healthcare and education. Betshah, a popular betting site overseas, recently entered into Indian Market.
Finance ・ 17 October 2021

Karnataka government passed a law banning online gambling. The gaming industry is concerned about the impact on their businesses. They want the government to define the terms 'games of chance' and 'game of skill'. The industry will challenge the law in court. The Supreme Court has ruled that games that are preponderantly based on skill are games of skills. A similar law was recently struck down in Tamil Nadu. Biren Ghose cautions that the ban could encourage illegitimate platforms to thrive. He is the chairman of CII National Committee for Animation, Visual Effects, Games and Comics.
Law ・ 07 October 2021

The online gaming industry in India is growing at an extraordinary rate. It is estimated to be worth $112 billion by 2025. The industry is driven by the growing number of young people and widespread internet access.
Industry ・ 04 October 2021

There is a huge increase in the number of people playing casino games from home or on a smartphone in India. The gambling laws in Indian states are confusing and need updating. In Nagaland, the laws outlaw every game that is one of chance, but allows games of skill. Sikkim legalized online gambling in 2010, and three companies applied for licenses, none of them launched.
Blackjack ・ 07 August 2021

The States That Allow Casinos in India

Daman, Sikkim and Goa are the three states in India that have made it legal to operate and play at land-based casinos. It is still illegal to gamble with money at online casinos in the country. Indian citizens must turn to American online casino or European online one.
History ・ 28 July 2021

Will India Ever Consider Regulating Online Gambling in the Country?

Goa, Sikkim, and Daman are the only three states in India that allow casinos to operate. The legality of gambling is subject to each state. India has around 700 million internet users in 2020. Online gambling in the country caters to around 280 million users. Public Gaming Act of 1867 does not mention anything about playing Teen Patti cash online.
Mobile ・ 21 July 2021

How is the Online Casino doing in India?

Online gambling on online casinos has become a major source of revenue for many countries. This text focuses on the online casino industry in India and whether it has experienced a similar boom as other countries such as USA.
Mobile ・ 19 July 2021

How India’s Attitude Towards Gambling Activities is Changing

Gambling has been part of Indian culture since Ramayana. It's not exactly legal nor illegal in India, but it's becoming more accessible. The laws in the country are still in a gray area. You can play Jhandi Munda online at 10CRIC Casino and any other games like Teen Patti or a traditional blackjack at any offshore online casino easily these days.
Law ・ 13 July 2021

The year 2021 is the deadline for India to revamp its gambling law. The recent raid at Gandhi market in Margao led to the arrest of 11 people. Online gambling is booming in India due to ongoing COVID-19 lockdown. Online gaming traffic in the country is exceeding 15% of global gaming Traffic. Games involving real money saw the biggest growth of 40% through the lockdown, with fantasy sports standing out.
Covid ・ 23 June 2021

The legal landscape for online gambling in India is complex. In India, gambling is a state subject and every state has the right to enact laws that regulate, govern, or prohibit online betting. Several states have prohibited online gaming via laws, while northeastern states like Sikkim have created laws allowing them to regulate and license online casinos.
Incidents ・ 21 June 2021

The Future of the Indian Gambling Industry Is Looking Bright

India is home to 1.39 billion people and more than 560 million of them are regular internet users. India is the second biggest online market worldwide, behind China. Several states in India allow casino gaming but it's generally illegal in the country.
Industry ・ 03 June 2021