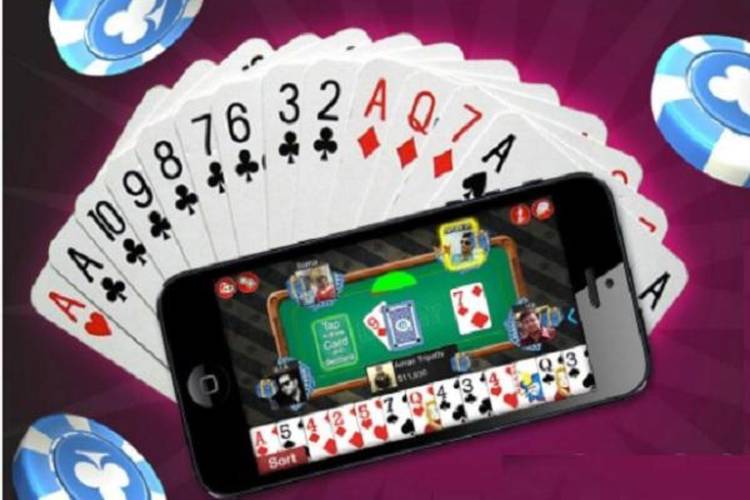 With Tamil Nadu reporting at least 20 deaths across the state due to losses suffered because of playing online rummy, the Tamil Nadu government has decided to get inputs and hold consultations with the stakeholders regarding a ban and regulating online games. In a press statement issued by the Home, Prohibition and Excise Department, the Government of Tamil Nadu says that leaders from political parties, psychologists and social activists have brought to the attention of the government the ill effects of addiction to online games and gambling.

Earlier, a four-member committee led by former Madras High Court Justice K Chandru was constituted by the Tamil government to look into issues related to online gaming and submit a report. The Justice Chandru Committed had submitted its report and recommended ban on online games as these games do not involve any skill and it only leads to addiction.

The four-member panel had also recommended that the Tamil Nadu government should take all efforts to ensure that a law against online games is enacted at a national level by mounting pressure on the Union government.

It is in this backdrop that the Tamil Nadu government has decided to get inputs from all the stakeholders. “General public, Parents, Teachers, Students, Youth, Psychologists, Social Activists, Online Gaming Service Providers” have been invited to have their say on the proposed legislation on online games.

The stakeholders’ consultation meeting will be held on August 11, 2022 and separate time slots will be given for organizations that are interested in making a representation. Of the total 20 deaths due to online gambling, Chennai has reported seven; eight people died of suicide in Coimbatore, Salem, Tirupur and Namakkal districts; four deaths in Tirupattur; and one in Vellore, Tuticorin and Dharmapuri each.

If you are aware of anyone facing mental health issues or feeling suicidal, please provide help. Here are some helpline numbers of suicide-prevention organisations that can offer emotional support to individuals and families.

Both are 24-hour helpline numbers.

Aasara offers support to individuals and families during an emotional crisis, for those dealing with mental health issues and suicidal ideation, and to those undergoing trauma after the suicide of a loved one.

Watch this week on Let Me Explain: What the Enjoy Enjaami controversy is about

Tamil Nadu cabinet has approved an ordinance banning online gambling games. Governor T.N. Ravi will soon approve it. A committee headed by Justice K. Chandru had submitted its report. The report recommended the prohibition of these games and advertisements encouraging people to play them.
Politics ・ 7 hr

Tamil Nadu Cabinet approved an ordinance to ban online games with stakes in the state. The ordinance will be put into effect after the approval of the governor. Tamil Nadu government has filed a petition challenging the Madras High Court's judgement that had struck down a similar ban on online gambling by the previous state government in August 2021.
Law ・ 1 day

Tamil Nadu cabinet has passed an ordinance to stop online gambling. The previous AIADMK government tried to pass a law to ban real money gaming, but the Madras High Court struck it down. DMK government promised to introduce another law that would withstand judicial scrutiny. The ordinance will need assent from the governor of Tamil Nadu before it is promulgated. It is likely to use the term "online gaming" because legal victories by the real-money gaming industry have ensured that so-called games of skill are not classified as betting or gambling, forcing legislators to find an alternative term.
Law ・ 1 day

Tamil Nadu Cabinet approves an ordinance to ban online games with stakes in the state. The ordinance will be put into effect after the approval of the governor. Tamil Nadu government has filed a petition challenging the Madras High Court's judgement that had struck down a similar ban on online gambling by the previous state government in August 2021.
Law ・ 2 days

Tamil Nadu Cabinet approved an ordinance to ban online gambling in the state. The Supreme Court of India had issued notice on 10 September on a petition filed by the Tamil Nadu government challenging the Madras High Court’s judgment that had struck down the ban on online betting. The Tamil government argued that teenagers and adults were losing their entire earnings and savings in these online gaming games. High Courts of Karnataka, Tamilnad and Kerala have struck such amendments to legislations banning online skill gaming as unconstitutional. Tamil nadu government said the 2021 Amendment Act is reasonable.
Law ・ 2 days

Tamil Nadu government is considering restrictions on e-gaming and gambling. Out of 10,000 responses sent by the public, 99 per cent want a blanket ban on online gaming and betting. The gaming community wants regulations. The government will take the views of both people and the gaming companies into account. It will consider the difference between playing rummy online and in person. In person, the game is different. There are differences between the rules of rummys played in the physical world and online. They are different in terms of time and behaviour. A rumble in a person is similar to one played online, but not in regards to the timing.
Law ・ 22 August 2022

Online Gambling is Deathtrap for India- WHAT??

India celebrated its 75th Independent day two days ago. Gambling is a death trap for India. Women are more interested in online gambling than before. Even children play gambling on mobile. After a certain stage players become addicted to winning and start borrowing money. They get into debt and eventually they take their lives.
Incidents ・ 17 August 2022

Tamil Nadu government is looking to introduce regulations on online gaming. There have been at least 20 deaths by suicide in the state due to financial debts from online games. The non-profit EPWA wants the government to not criminalise online skill-based gamers. The government will take a call after reviewing the report. It constituted a committee led by former Madras High Court judge K Chandru to look into the issue.
Industry ・ 16 August 2022

Tamil Nadu government is seeking public feedback on proposed legislation to control online rummy. The general public can send their feedback over emails to [email protected] until August 12. Stakeholders' meeting will be held on August 11. Centre is exploring imposition of Goods and Services Tax (GST) on online gaming. Group of Ministers (GoM) is set to finalise its report on a possible 28 percent GST on the matter on 10 August. The GoM met industry representatives and leading operators to discuss the valuation approach for GST.
Rummy Games ・ 10 August 2022

Tamil Nadu government has announced the setting up of a four-man committee to investigate the impact of online gambling on people's lives.
Industry ・ 25 June 2022

Games people play: Should online gaming and gambling be banned or regulated?

Karnataka government banned online gambling a fortnight ago. It is not the first government to ban online betting. In 1981, President Marcos of the Philippines banned video games. The Philippines also banned live streaming of online games in April this year. The governments have been accused of interfering with the lives of people. They were driven by the need to protect ordinary citizens. Some states banned all kinds of gambling. Others maintained the fine difference between game of chance and game on skill. All states were concerned about the public safety. China was not happy with this. There were concerns that the live streams of these games were choking the internet.
Law ・ 12 October 2021

Tamil Nadu has promulgated an ordinance to ban online gambling. It is the third Indian state to do so recently after Andhra Pradesh and Telangana. Karnataka is considering a similar ban.  Online games are ruining lives in the state, says the home minister. The ban specifically targets the operators of online casinos and those facilitating transactions.
Law ・ 19 January 2021