On Air Entertainment Launches Live Casino Products in the Netherlands 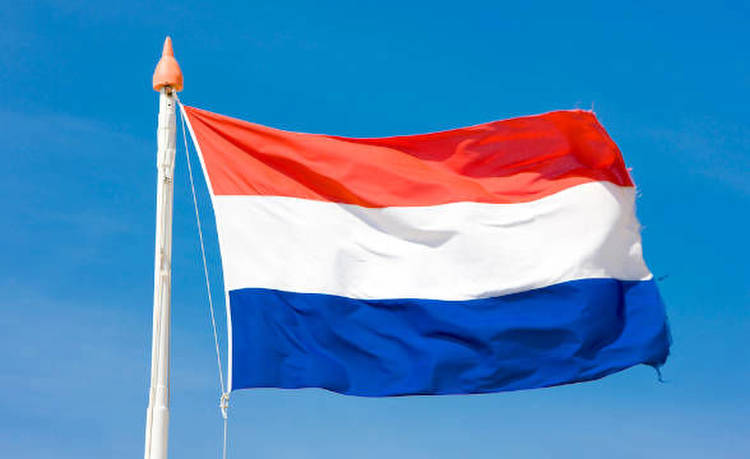 On Air Entertainment has launched its portfolio of games and products on the regulated iGaming market in the Netherlands. The company is cleared for launch with a number of tier-one operators.

On Air Entertainment has launched a new live casino game. The games are broadcast from the company’s dedicated studio in Riga. On Air is already available in nine regulated markets and runs a total of over 40 tables. It is also setting up new production facilities and studios in Bucharest, Romania, and Tsibli, Georgia in Q3 2022 and Q1 2023 respectively.

On Air Entertainment has launched live casino products in the Netherlands. The company is determined to grow its footprint in European and Dutch gaming markets. It has been moving confidently in regulated gaming space in Europe, launching in Denmark.

Game provider On Air Entertainment has announced the launch of its new Eclipse Blackjack table game next month Learn all about it here:

Smart Gaming B.V. has been granted a license to run gambling products in the Netherlands. The regulator, Dutch Gambling Authority, did not go into details about the company. Smart Gaming will probably be making the names of the websites it seeks to launch in Netherlands known soon. Last week, the Dutch regulator approved ComeOn Group for launch. The Netherlands is taking a hard look at how it regulates gambling. It is questioning whether its operators are doing enough to safeguard consumers. They are also planning to roll out the ZonMw Prevention of Gambling Addiction program.
Law ・ 11 days

Stakelogic Live has been granted a UK Gambling commission permit. It will launch its games with industry-leading operators. StakeLogic has already launched games in Malta and the Netherlands. It is planning to become the leader in the live casino market.
Gaming Authorities ・ 18 August 2022

Push Gaming has signed a new deal with Play North to launch its games in the Dutch betting market. The games will be available on PlayNorth's platform. Push Gaming is looking to expand its reach in regulated markets. Recently, the company has also signed an agreement with Rivalo to enter the Colombian betting markets and explored another high-profile partnership with Sky Betting and Gaming. Playnorth Casino Head Daphne Xerri said the quality and innovation captured by Push gaming’s games is relevant for the operators.
Industry ・ 16 August 2022

Unibet has signed a deal with Stakelogic Live to launch a dedicated live dealer studio in the Netherlands. The fully branded studio benefits from cutting-edge camera, microphone and broadcast technology. Dutch dealers are trained to the same standards as prestigious land-based casinos.
Blackjack ・ 02 September 2022

On Air Entertainment launches its Live Casino games in the Netherlands. The company has licenses in numerous European jurisdictions. It is planning to bring a number of new games to the market in coming months. It's the company's ninth market launch in just eight months and shows its commitment to become the number one provider of live casino content to operators. In the future, the studio will be expanded to Georgia and Romania. it's also planning for expansion in Ontario. On Air is committed to becoming the top provider to regulated gambling markets. in Europe and beyond. Its products are now available in nine regulated jurisdictions in European and in Canada.
Live Gambling ・ 29 July 2022

Greentube has launched its gaming catalog in the Dutch and Belgian online casino markets with Carousel.be and 711.nl.
Strategy Guide ・ 28 July 2022

On Air Entertainment has expanded into Denmark. Denmark is an 8 regulated gaming jurisdiction.
Live Gambling ・ 22 June 2022

Kindred has been granted a gambling license by the Netherlands Gambling Authority. Kindred's flagship brand Unibet will launch its Uniberet.nl site in the coming days. A Capital Markets Day will be hosted on September 14 in London to introduce the group's long-term strategic direction and the market entry into the Dutch market. Kinded's corporate purpose is to transform gambling by being a trusted source of entertainment that contributes positively to society. The company wants to convey entertainment to the society and bring the joy and excitement of sports to everyone.
Law ・ 10 June 2022

OnAir Entertainment gets certified for Sweden

OnAir Entertainment has been approved for the regulated iGaming market of Sweden. The firm's products include roulette, blackjack and speed roulettons.
Games ・ 02 June 2022

OnAir Entertainment has entered its seventh regulated market in as many months. It has received the necessary approvals to launch its games to operators in Sweden. OnAir's games include blackjack, roulette, speed rouchelette and auto roulettes. The network is now available in several key regulated markets including the Isle of Man, the UK, Greece, Ontario, Latvia and Malta. This is set to increase to nine markets very soon with launches in Denmark and the Netherlands. Dejan Loncar, Commercial Partner at On air Entertainment, said it's a milestone moment for the company.
Games ・ 01 June 2022

Relax Gaming has signed a deal with Stakelogic Live. Live casinos are only going to increase in popularity. Relax will offer its operator partners the widest range of quality content.
Live Gambling ・ 14 May 2022

Stakelogic Live has launched its products with the Dutch casino operator Kansino. The supplier is deploying its entire variety of live games with Kinsino in the Netherlands.
Live Gambling ・ 12 May 2022

Stakelogic Live has launched a suite of its Live network games with BetCity.nl. The partnership strengthens their positions in the Dutch market.
Live Gambling ・ 20 April 2022

Stakelogic Live has launched a suite of Live network games with BetCity.nl. It is the live dealer arm of the tier-one online casino content developer StakeLogic. From April 19 onwards, players will be able to play a range of games broadcast from a dedicated Bet city live studio. Bet City is proud to be a true Dutch company operating from the Netherlands. The company will launch its own dedicated live studios with native speaking dealers. Betcity is a leading operator in the Dutch market. Stakeslogi Live is looking forward to building on its already successful partnership with the operator.
Blackjack ・ 19 April 2022

Evolution adds localised dedicated live casino environment for JVH group in new Dutch market. The environment's dedicated tables are served by native Dutch speaking dealers. It follows the launch of Evolution’s award-winning live games and First Person RNG games at Jacks.nl on 25 November 2021. New slots titles from Evolution brands NetEnt and Red Tiger were also added to the online games line-up in November. Eric Olders, CEO and Chairman of the Board at JvH, is pleased with the opening of regulated Dutch online gambling market and the success of Jack”s Casino.
Live Gambling ・ 21 December 2021

Relax Gaming has gone live in the Netherlands. Relax has full certification to the standards set by the country's regulator. It can bring its 24 studio partners via its Powered By Relax and Silver Bullet programmes and its platform suite to Dutch market. The provider provides its partners with over 2,000 online casino games. It is scheduled to shortly announce each operator. Alexia Smilovic-Rønde, Chief Regulatory Officer at Relax Gaming, sees this as a key milestone for both Relax gaming and their partners.
Gaming Authorities ・ 13 October 2021

Microgaming Debuts in the Netherlands with 200 Games

Microgaming has entered the newly regulated Dutch online gaming market. The provider will launch a diverse array of games with licensed operators in the country. Nederlandse Loterij and TOTO are the first customers. Microgaming will introduce 200 exclusive titles to the market, including a selection of releases launched this October. The company has supported its partners with documentation and information to help with preparations for the new regulations in Netherlands.
Winnings ・ 23 November 2021

Blueprint Gaming is entering the newly-launched Netherlands regulated market through a Nederlandse Loterij partnership. The slot developer’s debut in the Dutch market was secured through the lottery”s new online brand, TOTO Casino. A wide selection of Blueprint “s games has now gone live with the online casino. The Goonies, Megaways and Blueprint's progressive jackpot system, Jackpot King, are among the titles that have been launched. Blueprint has “strong expectations‚ that its content will generate significant traction in Netherlands.
Winnings ・ 07 October 2021