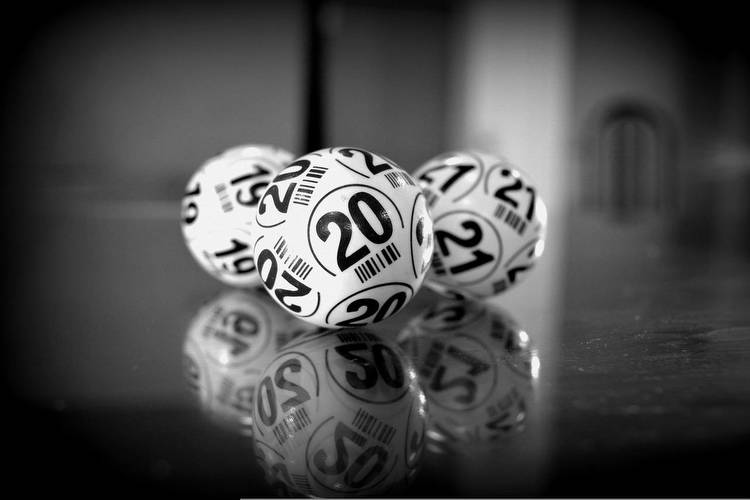 Under the terms of the deal, IGT was designated as the primary technology provider of self-serve lottery terminals for OLG. The recent landmark agreement will mark the debut of self-serve technology for OLG players.

According to a statement released by IGT, the new deal will be valid through June 2027. However, the total duration of the contract can be extended by additional 10 years under one-year contract extension possibilities. This means that if the duo completes the whole contract, IGT will be the provider of self-serve lottery terminals in Ontario for the next 15 years.

The leading gaming company announced that installation of the terminals within retail locations is expected to be completed during the second half of next year. However, it's important to mention that the introduction of those terminals is still subject to relevant government approvals.

Overall, IGT is expected to provide OLG with some 1,400 GameTouch 28 self-serve lottery terminals. To develop and design the self-serving terminals, IGT leveraged its three-decade experience in offering advanced iGaming self-serve solutions. During the term of the lengthy contract with OLG, IGT may provide additional self-serve technology such as its Game Touch Draw terminals.

The company revealed that the terminals feature responsible gaming functionality. What's more, IGT's self-serving terminals comply with the Accessibility for Ontarians with Disabilities Act (AODA). Being AODA compliant means that the machines will offer features that include an audio jack and pin pad which will help with accessibility for all lottery players.

Sharing his excitement about the recent deal, OLG's President and CEO, Duncan Hannay, said: "As OLG embarks on the next evolution of lottery play in Ontario, we will work with key partners like IGT to deliver responsible, secure and convenient access to player-favorite lottery games." He explained that the launch of the new self-serve lottery technology in Ontario will allow OLG to "continue to drive sales and maximize revenue for provincial priorities for the benefit of the people of Ontario."

Jay Gendron, IGT's Chief Operating Officer, Global Lottery, added that the company is excited to join forces with OLG. He outlined that the collaboration enhances responsibly the gambling experience for players in Ontario while at the same time introducing the new self-serving terminals.

Gendron added: "As the largest lottery in Canada, OLG consistently leads the charge in modernizing the player journey for its customers." He said that IGT's self-serving technology will offer functionality, new experiences and convenience for OLG customers. In conclusion, Gendron said that the collaboration complements OLG's innovation goals.

#OLG announces new self-exclusion programme The #OntarioLottery and Gaming Corporation launched My PlayBreak, an expansion of its PlaySmart #responsiblegambling programme. 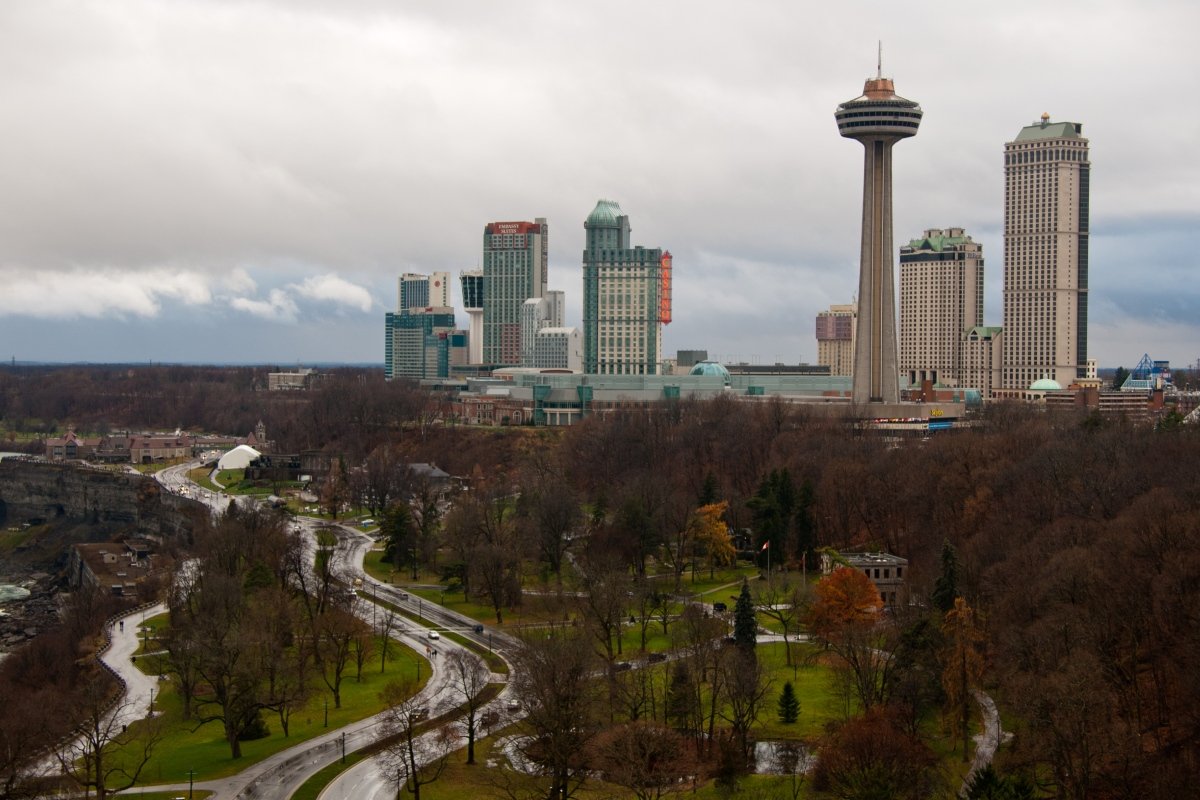 IGT to Roll Out Self-Serve Terminals with OLG in 2023 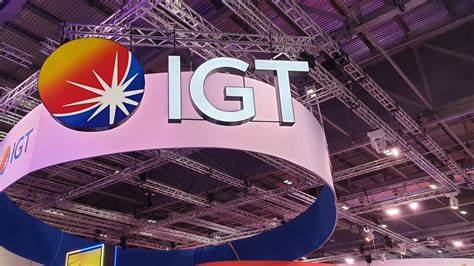 IGGT and Qullqi SAC have signed a partnership for Peru Casinos. IGT will deploy its Floor Manager systems and tech to Qllqi's casino properties in Peru.
Industry ・ 2 days

IGT Global Solutions Corporation has been selected by the Ontario Lottery and Gaming Corporation as the primary technology provider of self-serve lottery terminals. The contract will run until June 2027 and includes 10 additional one-year contract extension options. IGT will provide OLG with 1400 GameTouch 28 self.serge lottery terminal for deployment at lottery retailers across Ontario. The Game touch 28 is built on more than 30 years of experience designing and deploying some of the industry’s most advanced self serve solutions. It includes responsible gaming functionality and accessibility features such as a pin pad and audio jack.
Lottery ・ 12 days

Ontario Lottery and Gaming Corporation is planning to launch 1,400 self-serve lottery terminals in select lottery retail locations across the province. The Crown corporation is responsible for offering gambling and lottery in a fun but safe way to Ontarians.
Lottery ・ 15 days

Ontario has rebranded its responsible gambling program to My Playbreak. The overhauled program will focus on guiding players to voluntary self-exclusion options and help them get started with gambling again if they choose to. It will also focus to provide people with access to treatment services. There will be optional check-in calls from the Responsible Gambling Council. The program is aimed at promoting consumer protection. Canada is targeted by offshore operators. OLG wants to ensure that it can assist consumers in helping protect vulnerable ones and guide them to safety.
Gambling Addiction ・ 21 days

IGT's subsidiary, IGT Global Solutions Corporation, has signed an agreement to deliver engaging iLottery content to the Michigan Lottery. The Michigan lottery is the fourth lottery in the US to have access to I GT’s vast portfolio of eInstants. iLotto programs in Georgia, Kentucky, and Rhode Island have been successful.
Lottery ・ 28 July 2022

The first quarter payment is part of OLG's commitment to invest profits back in Ontario. Since the first casino opened in 1996, Niagara Falls has received more than $181-million. The payments to host communities are based on a formula applied across all gaming sites in Canada. Since 1975, OLg has provided approximately $55 billion to the people and Province of Ontario to support key government priorities. It also provides money for health care, the treatment and prevention of problem gambling, and support for amateur athletes. In the past seven years, service providers have invested an estimated $1.8 billion in private sector capital development across the province.
Lottery ・ 21 July 2022

IGT Will Deliver 1,375 VLTs to the Atlantic Lottery Corporation

IGT Global Solutions Corporation has signed a three-year contract extension with the Missouri Lottery. IGT will deploy 175 new cashless GameTouch 28 self-service vending machines and launch the proprietary Cash Pop draw game. The Lotteries has trusted I GT and its innovations to help responsibly grow sales and fund public education in the state for more than 30 years. IGG has served as the primary lottery technology supplier to the Lotters since 1991. It provides the lottery with its central system, retail terminals and equipment, instant tickets, and field services.
Lottery ・ 23 February 2022

Evolution and Ontario Lottery and Gaming Corporation launch online Live Casino on OLG.ca. Evolution is providing the provincial lottery and gaming agency with Live Casinos services from its production studio in Vancouver. The live dealer games are unique in the fact that players interact directly with real casino dealers via internet video feed. Ontario is the fourth Canadian province to partner with Evolution. It joins BCLC, Alberta Gaming, Liquor and Cannabis, and Loto-Québec in streaming live games to their respective players from Evolution's Vancouver studio.
Lottery ・ 09 November 2021

Evolution and Ontario Lottery and Gaming Corporation launch live casino. The partnership results in a wide range of Evolution-powered live dealer and RNG games for the online casino OLG.ca. It is the fourth Canadian province to partner up with Evolution. Jeff Millar, Commercial Director, North America at Evolution, said the signing further strengthens the company's position in Canada.
Lottery ・ 28 October 2021

Atlantic Lottery will launch a new player self-service technology offering both lottery draw and instant games. Scientific Games Corporation will provide the technology. Atlantic Lotteries is jointly owned by the four Atlantic provincial governments with 100% of profits returned to the provinces to help fund essential services. Scientific Game supplies the Lotters with subscription services, sports betting, central gaming system and full digital lottery system. The Lotting's digital sales have increased 325% between FY 2021 and FY 2020. It is one of the most successful digital instant lottery businesses in Canada.
Lottery ・ 19 August 2021

Pollard Banknote's subsidiary company, mkodo, has partnered with the Ontario Lottery and Gaming Corporation to launch a mobile lottery app for iOS and Android on July 19. The transactional app is fully integrated into the online platform provided by Bede Gaming. It offers players across the province the ability to purchase and scan lottery tickets, play their favourite casino games and a host of other features. The app's design is accessible for all, including those using assistive technologies. There are over 1 million registered players on OLG.ca.
Lottery ・ 27 July 2021

2 Casino Stocks with More Than 50% Potential Upside, According to Wall Street

AGS launches its first online game in Canada with Ontario Lottery & Gaming Corporation. Additional games will be launched over the next few months. AGS is a global company focused on creating diverse mix of entertaining gaming experiences for every kind of player. It is the leading all-inclusive commercial gaming supplier. It has roots in the Class II Native American gaming market. Its products include slot products, table products portfolio, real-money gaming platforms and content. The company is also a highly rated social casino solution provider. For more information, visit playags.com.
Lottery ・ 21 June 2021

Duncan Hannay was appointed as the new Chief Executive Officer and President of Ontario Lottery and Gaming Corporation on October 26. Mr. Hannays has been the President and Chief executive officer of Street Capital Group Inc. since 2007.
Lottery ・ 19 January 2021