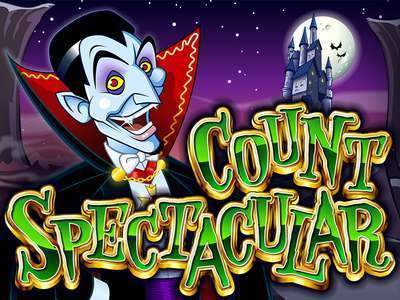 On November 7, Ohio released a new responsible gambling public service advertisement, as well as a “micro-campaign” called Pause Before You Play. The program is a spinoff of Ohio’s Get Set Before You Bet, a responsible gambling awareness effort. It is intended to promote responsible gaming and to aid people who are struggling with problem gambling. Thus, thrill-thirsty players can enjoy gambling to the fullest and make the most out of their stay at casinos online that pay real money. Ohio’s responsible gambling programs are gearing up for the legalization of sports betting on January 1, 2023.

The new Pause Before You Play PSA film is intended to urge bettors to take a step back and plan their strategy before getting started. The fast-paced commercial combines rapid cuts, throbbing music, and athletic images, all of which play on the pleasure of watching (and wagering on) sports.

“Betting moves as quickly as sports. And now, every play is faster than before,” the new commercial claims. “You’re on the edge of your seat until it all comes down to it.” The PSA then takes a little break to convey its message about safe gaming. The latter can be easily achieved when you play at trusted and safe Aussie casinos from the BestAuCasinosOnline lists.

“Sports are quick. So remember to establish limits, understand the hazards, and take a breather before you play.” Origo Branding, a Columbus, Ohio-based marketing, branding, and digital solutions firm that oversaw the Pause Before You Play campaign as well as other public health efforts in Ohio developed the PSA video.

On November 7, Origo Branding president Alessandro Ciaffoncini attended the latest webinar in the Problem Gambling Network of Ohio’s “Ready, Get Set, Go” series for Ohio professionals and community members involved in problem gambling prevention and treatment. Ciaffoncini talked about how Origo designed the Pause Before You Play PSA and message, as well as some of the educational tools and tool kits that Origo has built for both the Pause Before You Play and the larger Get Set Before You Bet campaign.

The tools, which include tool kits and advertisements in a number of formats, are available for free to groups and professionals across the state, including many of those who attended the webinar. “It’s very fast-paced, very sports-driven,” Ciaffoncini said of the Pause Before You Play campaign, “because we’re really trying to connect with and get into the minds of sports enthusiasts and people who are already involved in sports betting or who have the potential to be involved once these new forms (of gambling) come into play.”

Ciaffoncini stated that the Pause Before You Play campaign was created with the assistance of Ohio for Responsible Gambling experts “to highlight different risks and behaviors that occur specifically in sports betting,” while also relying on the core Get Set Before You Bet principles of setting limits and being aware of risks. The Pause Before You Play video advertisements will air on cable TV channels throughout Ohio, with a target demographic of men ages 18-34 and sports lovers in general.

Pause Before You Play advertisements will also be broadcast on the radio and in a number of digital media. Advertising will also be placed at sports stadiums on college campuses such as Ohio State, the University of Cincinnati, Bowling Green, Ohio University, and Kent State. Ciaffoncini stated that Pause Before You Play is only the newest stage in the Before You Bet program and that more precise, targeted advertising would be launched in the future.

“This was just the tip of the iceberg in terms of laying this foundation,” he explained. “There are many PSA, many tools, and many subsections of this area, industry, and subject matter that we have yet to cover.” So we’re casting a really wide net right now. As the campaign progresses, we’ll get more specific.” The Ohio Lottery Commission, the Ohio Casino Control Commission, the Ohio State Racing Commission, and the Ohio Department of Mental Health and Addiction Services are among the coalition’s partners. So we expect even more responsible gambling campaigns to be launched in the future. 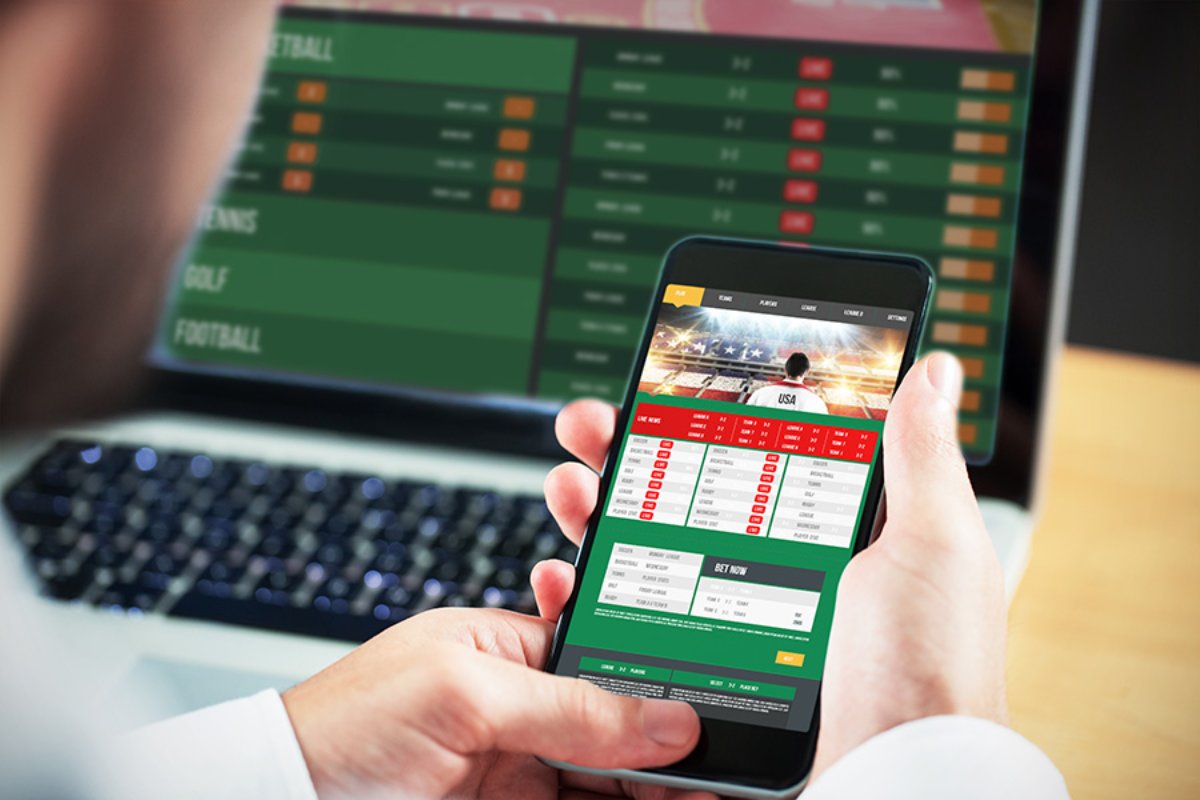 With Ohio’s sports betting space set to launch in 2023, Ohio For Responsible Gambling has created a problem gambling awareness campaign to ensure player safety when the market begins. Ohio is due to launch sports gambling on January 1, 2023. The state is also keen to protect consumers. A new program called Pause Before You Play is based on the Get Set Before you Bet problem gambling education program.
Gambling Addiction ・ 24 days
Gambling News

Only 2 percent of veterans report seeking help or treatment for problem gambling. Instant electronic bingo was legalized in June 2021. Since then, veterans and fraternal clubs across Ohio have added e-bingo machines reminiscent of slot machines. The Ohio Problem Gambling Helpline (1-800-589-9966) and GabblinghelpOhio.org have a statewide responsible gambling campaign. The Cleveland VA has one of just two gambling inpatient treatment programs in the VA system. Dr. Heather Chapman is the current director of the program and a winner of a Dr Robert Custer Lifetime Award of Direct Service.
Gambling Addiction ・ 12 November 2022
Casino Guru

BGC, UKGC and DCMS support Safer Gambling Week 2022. The initiative is organized by the BGC in collaboration with the Bingo Association and BACTA. It will run from October 17 through October 23, 2022 and aims to promote the use of responsible gambling tools and provide invaluable support and advice for people who need it. Last year, the campaign helped raise awareness of such tools. In 2021, 24.5 million people will take part in the initiative. There will be a 16% increase in use. Rates of problem gambling have fallen.
Law ・ 18 October 2022
Super Slots Casino

Ohio's mental health services have urged locals to turn to "Get Set Before You Bet" initiative. It's part of Responsible Gambling Education Month. Problem gambling needs to be understood better by both specialists and people who live through it. People who are struggling financially should check on each other if they suspect someone is going through a rough patch because of their gambling habits.  Gambling addiction is difficult to overcome. The association with suicidal tendencies is also important. . .. In Ohio, the initiative is aimed at helping people learn more about the dangers of gambling and how to gamble responsibly.
Gambling Addiction ・ 27 September 2022
WOUB

Ohio's mental health and addiction services department is calling on people to "Get Set Before You Bet" as part of Responsible Gambling Education Month. Problem gambling is a unique addiction because it offers some hope to benefit in some way.
Gambling Addiction ・ 21 September 2022
WCPO 9 News

Mark Rizzo won $500 on Saturday and $400 on Sunday at VFW Post 6069 in Lebanon. The post is one of 900 organizations that are eligible to be licensed for e-Bingo. The amendment ended a nine-year legal fight over the legality of electronic gaming devices. It could triple the number of devices in play at Moose Lodges, Amvets posts and Vets halls.
Bingo ・ 02 May 2022

Problem Gambling Awareness month: Get set before you bet

March is Problem Gambling Awareness Month. Problem gambling prevalence has doubled since four casinos and seven racinos opened in Ohio. The Problem Gamblers Network of Ohio was established in 2006. The Ohio Council on Problem Gaming was created in 1984. It was followed by the National Council of Problem gamblers in 1992. In 2012, House Bill 386 was passed. This led to the establishment of the ProblemGamblers' Network. They are the primary provider of problem gambling counselor training in the state.
Gambling Addiction ・ 19 March 2022
Yabby Casino

Ohio's casinos and racinos have been restricted since COVID-19. However, a positive trend seems to be emerging.
Covid ・ 08 March 2022
We Heart

Possible Gambling Regulation Review is a possible topic for the UK gambling regulation review. Since the introduction of the 2005 G gambling act, various regulations have been introduced. 2020 saw the new reviews regarding several gambling laws.
Law ・ 13 February 2022
Spectrum News

New York has introduced new responsible gambling measures. The new measures aim to keep gambling safe and enjoyable. The operators are made to use responsible methods to ensure their users stay safe. This involves things like setting deposit limits with the operator and having a cool-off period. New York Boasts New Responsible Gambling Measures.
Gambling Addiction ・ 11 January 2022

Gifts like lottery tickets and online gaming could have unexpected consequences for children: Amanda Blackford and Karen Russo

Lottery tickets, online gaming and augmented reality are among the top selling items this holiday season. For adults, these gifts can be a fun way to enjoy time with friends and family. But for kids, they can start a gambling problem.
Lottery ・ 15 December 2021
New Europe

Problem gambling is a serious issue around the world. In the UK, the regulator Gambling Commission works with several charities to promote safe gambling and provide addiction treatment. Safer Gabbling Week is in its fifth year and it has just enjoyed its most successful event yet.
Law ・ 13 December 2021
Yogonet

Ohio for Responsible Gambling will participate in American Gaming Association's Responsibly Gaming Education Week 2021. It will be held from 19-25 September. Gambling addiction is a social and emotional problem in Ohio. People with gambling addiction are 15 times more likely to commit suicide. The week will also focus on responsible gaming resources available to all Ohio people.
Gambling Addiction ・ 21 September 2021

Ohio casinos and racinos report record $216M revenue in March. The state's casinos have broken the yearly record nine out of the last 10 years. MGM Northfield Park placed first at $26.1M. The company announced the launch of its betJACK online and mobile sportsbook. It's a free-to-play book. In the sports gaming market, customers can bet on sporting events with free tokens. Ohio Lottery reports $93.3M for slot revenue and $28.5M table revenue.
Sports ・ 21 December 2022

Ohio's four casinos and seven racinos recorded $133.4 million in revenue in November. The decline is due to reduced operating hours. Governor DeWine announced a 21-day curfew. For November, revenues trailed in a year-over-year comparison to 12 months earlier.
Finance ・ 17 June 2021 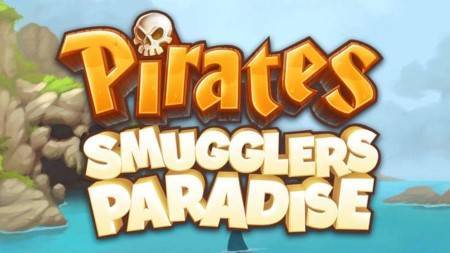