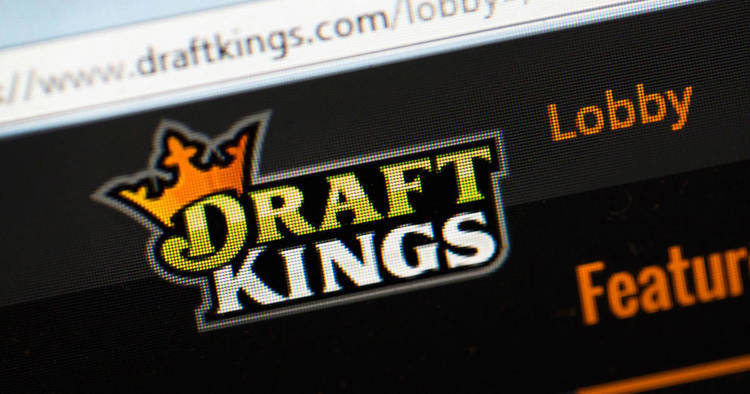 TRENTON, N.J. (AP) — Mindful that its thriving internet gambling market is one of the brightest spots in New Jersey's uneven gambling landscape, the state's lawmakers are moving to extend authorization for online bets for another 10 years.

A state Assembly committee held a hearing Thursday to consider extending the law authorizing internet gambling through 2033, and advanced the measure to the next step in the legislative process. It still requires additional rounds of approval before going to Gov. Phil Murphy for his signature.

"Internet gaming has proven to be an integral part of gaming in New Jersey," said Assemblyman Don Guardian, a former mayor of Atlantic City. "It's one of the reasons we still have casinos in New Jersey."

Assemblyman Ralph Caputo, a former Atlantic City casino executive, noted that online gambling provided a crucial revenue stream for the casinos while they were closed for 3 1/2 months in 2020 during the early days of the pandemic. Even when the casinos reopened later that year, some customers were wary of coming to a casino in person and opted to gamble online.

Most of the major online gambling companies, including FanDuel, DraftKings, BetMGM and Bally's support the bill.

New Jersey launched internet casino games in Nov. 2013, and since then its casinos have won $4.79 billion from gamblers online. That's nearly twice the $2.47 billion Pennsylvania casinos have won online since July 2019.

Other states with online gambling include Michigan ($2 billion since Jan. 2021); Connecticut ($199.7 million since Oct. 2021); West Virginia ($137.4 million since July 2020); and Delaware ($42.2 million since Dec. 2013). Nevada offers online poker but does not break out that revenue separately from the in-person revenue casinos report to the state.

Those figures are for online casino games only, and do not include sports betting revenue, which is reported separately.

New Jersey had led the nation in terms of sports betting revenue from 2018 through the beginning of this year. That's when New York began taking online sports bets and instantly seized the nationwide lead in the fast-growing industry.

While the internet gambling numbers look impressive on paper, Atlantic City casino executives caution that they are not all they seem. Internet gambling money, much like money won through sports betting, is shared with third-parties like tech platforms. Not all the money reported by the state to have been won by the casinos online is actually kept by the casinos; as much as 70% of it goes to outside parties, casino executives say.

But even the money that remains is a help to a gambling resort whose nine casinos are struggling to return to the level of business they did before the pandemic struck.

The Assembly committee also advanced another bill that would require casinos conducting internet gambling in New Jersey to prominently advertise the name of their Atlantic City brick-and-mortar casino on all their online betting websites.

Another bill advanced on Thursday would include esports, or competitive video games, as internet gambling events, providing esports-specific permits to take bets on the games.

Tier 1 operators including , @DraftKings, and @PointsBetUSA have agreed with @Paysafe to extend their partnership into the state of Kansas. 💳

Internet gambling is the second largest revenue source for Atlantic City casinos. New Jersey is home to 31 online gaming websites that operate through the nine casinos in Atlantic city. Internet gambling revenue has increased steadily in the state over the last decade. The law legalizing internet gaming in New York and Pennsylvania expired after 10 years. It's the law that allowed gamblers to keep playing from afar even after in-person gaming returned. The pandemic “greatly accelerated” the growth of online games and sports betting. in that state. They provided a lifeline when Atlantic. City’s casinos were closed for 3 1/2 months in 2020 because of COVID-19.
Industry ・ 12 days

New Jersey launched internet casino games in Nov. 2013. Since then its casinos have won $4.79 billion from gamblers online. New York took the lead in the sports betting market after it started taking online bets. The money won through sports bets is shared with third-parties like tech platforms. Some 70% of the money goes to outside parties. The bill still needs more approval before it goes for governor's signature. It's been advanced to the next step in legislative process.   The bill is supported by most of online gambling's major companies.
Sports ・ 21 days

New Jersey launched internet casino games in Nov. 2013. Since then, its casinos have won $4.79 billion from gamblers online. New Jersey had led the nation in terms of sports betting revenue from 2018 through the beginning of this year. New York took the lead in the industry. Internet gambling money is shared with third-parties like tech platforms. Nevada offers online poker. It does not break out that revenue separately from the in-person revenue casinos report to the state. The figures are for online casino game only.
Sports ・ 17 days

New Jersey's lawmakers are moving to extend the law authorizing internet gambling through 2033. The measure still requires additional rounds of approval before it goes to Gov. Phil Murphy for his signature.
Sports ・ 21 days

NJ Prepares to Sign On for Another Decade of Online Gambling

Next year will mark the tenth anniversary of legal online casinos in New Jersey. The 2013 bill making online casino gaming and poker legal will expire ten years after its operative date. Without legislative action, all iGaming sites would have to cease operations a little more than a year from now.
Covid ・ 22 days