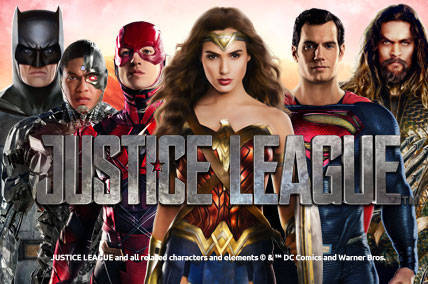 New Hampshire: Keene and Wonder casinos merge to become one 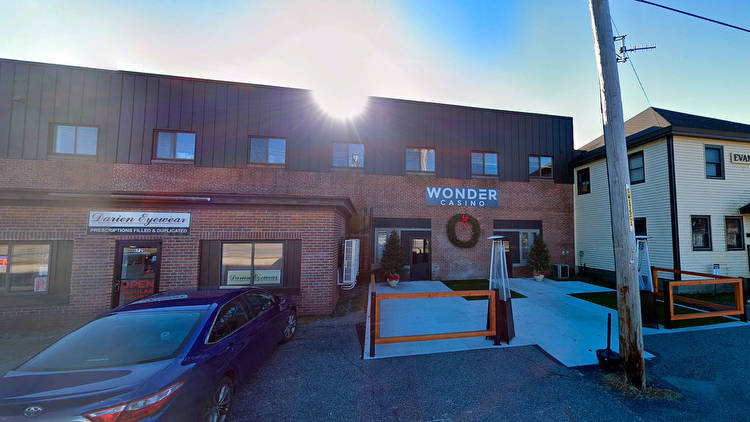 The co-owners of the former Keene Casino in New Hampshire are betting on a second venue in the city. Dick Anagnost, president of Anagnost Investments in Manchester, confirmed the business has acquired Wonder Casino from Emerald Gaming, with the intention to merge the two businesses into a single casino.

While Anagnost declined to reveal how much the company paid to acquire Wonder Casino, he didconfirm to The Keene Sentinel that the sale closed on June 6, after negotiations started in April. He said they pitched the sale proposal after the property owner of the Keene Casino site decided to pursue converting it into residential units.

Keene Casino relocated to a standalone building at what was then the Colony Mill Marketplace in 2016. Most of the rest of the marketplace property, owned by Manchester-based developer Brady Sullivan Properties, has since been converted to apartments. Meanwhile, Wonder Casino opened in January 2021.

"We just approached Jared’s group and said that we’d need to move anyway and were going to have a bigger space, so we asked if they’d consider selling because they were already in place," Anagnost said, as reported by the Keene Sentinel. "We were able to reach a mutual agreement, and everybody came away happy."

Wonder Casino will retain its existing name and operating hours, from noon to 1 a.m. seven days a week,Anagnost said, and some machines and equipment from the former Keene Casino have been moved into Wonder.

"We’re using … about 90% of Wonder’s and 10 percent of Keene’s [equipment]," he added. "The rest of it has been put in a storage trailer and brought back here in Manchester to our warehouse lot."

Anagnost said the two businesses had similar operating procedures, making it an "easy transition for both parties." He added that all staff at both casinos have remained on board and are now working at Wonder Casino.

Wonder Casinos describes itself as Keene's "only luxury casino." The card room's gaming space features thirteen tables and poker games. It is located at 172 Emerald Street in Keene, across from center.

OpenBet brings in Krupinski to lead US growth strategy Thursday 26 January 2023 - 9:03 am OpenBet, the sports betting technology provider previously owned by Light and Wonder, has appointed Debra Krupinski as its new vice president of commercial f... 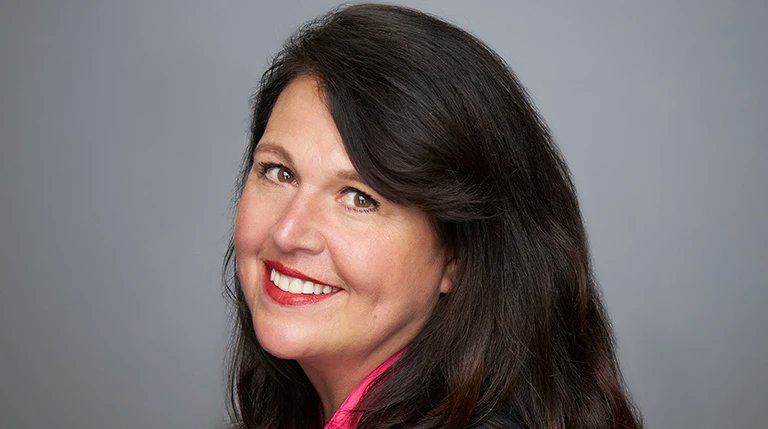 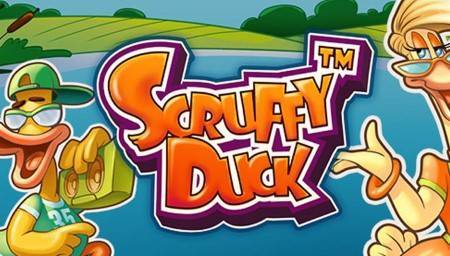 New Hampshire: Keene and Wonder casinos merge to become one

Dick Anagnost's company bought Wonder Casino from Emerald Gaming on June 6. The two casinos will be merged into one. Keene Casino moved to a standalone building at Colony Mill Marketplace in 2016. Wonder will open in January 2021. Some machines and equipment from the former Keen Casino have been moved into Wonder. The card room's gaming space features thirteen tables and poker games. It is located at 172 Emerald Street in Keenes, across from center. All staff from both casinos have remained on board and are now working at Wonder Casinos.
Poker ・ 28 December 2022
Casino Guru

Light &Wonder Inc., formerly Scientific Games Corp., has changed its name, strategic vision, board of directors, chairman and CEO in the past 18 months. It sold its lottery business to Bermuda-based Brookfield Business Partners L.P. for $5.8 billion in cash. The company's portfolio of slot machine games is being formatted into massive cabinets. Eilers &Krejcik Gaming published a survey that asked network of casino operators to choose the best vendors. Light & Wonder had the second-best showing among manufacturers.
Industry ・ 03 December 2022
The Nevada Independent

Aristocrat Gaming has exclusive rights to use the logos of 32 NFL teams on slot machines in casinos worldwide. The company has a prototype of the NFL-themed slot machine under wraps. Analysts believe 2023 could be a good year for slotmachine companies. The three major providers account for 73 percent of international slot Machine Market. They are Aristocrat, Light & Wonder and International Game Technology. It's a weekly newsletter that looks at gaming matters nationally and internationally. This week's topic is events in Nevada. iReport.com.
Gaming Authorities ・ 19 October 2022
Super Slots Casino

Agilysys self-service kiosk technology enables Morongo’s latest all-you-can-eat dining concept The Marketplace by Fabio Viviani. The system has improved the all the-time dining experience by empowering guests to self select and reserve dining days and times. It also reduces wait times and frees up time for employees. The data from The marketplace is integrated with Morongos” end-to-end food-and-beverage systems. and overall room, casino, and property systems to provide guest spend analysis and understanding.
Travel ・ 29 September 2022
Asgam

Receiver reopens online auctions for sale of Imperial Pacific’s Saipan casino equipment. First auction is on 7 October and the second is scheduled for 9 December. All items for auction must be posted no later than 5 days before at www.gamingequipmentauction.com. The original plan to run six auctions was put on hold last year. IPI owes the CNMI government US$100 million. The company's casino license was suspended last last December and it closed in March 2020. It is now being sold off online.
Covid ・ 15 September 2022
World Casino News

Metropolitan Gaming Limited has sold its stake in South Africa's Emerald Resort and Casino to a group led by local hotel, gaming and entertainment giant Tsogo Sun Holdings Limited for an undisclosed amount. The London-headquartered company will focus on its core markets of Egypt and the UK.
Sports ・ 14 September 2022

The investment community was abuzz over a potential merger between two rival gaming equipment suppliers. The fervor lasted less than 12 hours. Inspired Entertainment offered AGS $10 per share, but AGs rejected the offer. Stifel Financial gaming analyst Jeffrey Stantial wrote that the merger is unique in that there is no overlap between the two companies product-wise. Truist Securities gaming analysts Barry Jonas said Inspired is focused on its European business, while AG's is concentrated in the North American gaming market. AG went public in 2018 at an initial price of $16 per shares.
Finance ・ 24 August 2022
Yabby Casino

Gavin Isaacs, Virginia McDowell and Michael Rumbolz have helped transform the gaming industry in their own significant ways. AGA President and CEO Bill Miller says they are all better off for it.
Land-based ・ 17 August 2022
The Nevada Independent

Supply chain issues are snarling slot machines' path to casinos. Nevada's gaming equipment suppliers expect to have delivered more than 13,700 new slot machine to roughly 30 North American gaming projects by 2022. The industry is centered in Asia and supply chain problems have been a challenge. JCM Global, a provider of more of the bill validators used by the slotmachine industry, has seen chip shortages impact its business. The company is still shipping products daily. It is focused on meeting its gaming and casino customers' record demand.
Covid ・ 19 June 2022
The Nevada Independent

Tom O'Brien was promoted to president of Aristocrat's Americas Division in February. O’Brien's predecessor, Hector Fernandez, was appointed CEO of the company's land-based gaming products and services division. Mitchell Bowen, who was CEO for the land based division, is now heading the group that is growing Aristocrats' online gaming segment. Online gaming is hot and both players can play both online and at casinos. Aristocratic has been working with "a couple of big operators" on building an online platform that appeals to both market segments. It's aimed at increasing the presence of land base casinos in the online market.
Sports ・ 06 April 2022
Nevada Business

Courtney Garland, 31, is the director of operations at Emerald Island Casino and Rainbow Club Casino. She was honored by Vegas Inc with the 40 Under 40 award. Garland has a business degree from the University of Nevada, Las Vegas and is actively involved in community service. The award celebrates individuals under the age of 40 who are outstanding business and community leaders in Southern Nevada. This year marks the 22nd edition of the award program. Submissions were selected based on the nominee’s service to the community, entrepreneurial attitude, and overall impact in their industry.
Covid ・ 01 April 2022

Emerald Island Casino in Henderson introduces Emerald Express Cash. It is the first casino in the state to use this technology.
Mobile ・ 30 March 2022
Review Journal

A new cashless gaming system has been introduced at the Emerald Island Casino in downtown Henderson. Emerald Express Cash allows customers to draw money from their bank accounts for a line of credit for gambling. The maximum charge is 1 percent. It's available to Android and iPhone users. The system was developed by Emerald Islands Casino and Market Trax. it's the first in Nevada to offer it.
Mobile ・ 29 March 2022
Yogonet

Scientific Games Corporation will be called Light & Wonder, Inc. The company will focus on creating new games and omnichannel player experiences. Scientific Games sold its lottery and sports betting businesses and bought iGaming and Live Casino studios to focus more on casinos and online gambling. The rebranding celebration was attended by Nevada Governor Steve Sisolak. Light and Wonder will operate under an assumed name until a legal name change is complete in Spring 2022. At that time, the company intends to start trading under a new stock ticker it has reserved, LNW.
Lottery ・ 03 March 2022
Yogonet

The Palms in Las Vegas reopening, a possible Live! Casino coming to Orlando and two purchases of online gaming companies in the US and Italy are just a few of the things CardsChat picked up during the past week.
Gaming Authorities ・ 28 December 2021

Emerald Island Casino and Rainbow Club Casino Name New Chief Financial Officer. Martin Lara joins the Henderson casinos with more than a decade of experience in the gaming industry. He will oversee both properties’ financial and administrative functions. He has worked in downtown Las Vegas and northern California tribal casinos. When he's not working, he likes to learn golf, travel, or catch a sports game.
Sports ・ 02 September 2021
Nevada Business

Courtney Garland has been promoted to director of operations at Emerald Island and Rainbow Club Casinos. She will be responsible for facilitating guest services, upholding gaming compliances, aiding in player outreach, and developing and enforcing new policies. Garland started her career as an executive casino host. Before her promotion, she served as assistant general manager at the Emerald Islands Casino. She has also worked in marketing, media communications, hospitality and in the kitchen. When she's not working, Garland likes to cheer on the Vegas Golden Knights and help out through community service projects.
Travel ・ 19 August 2021
World Casino News 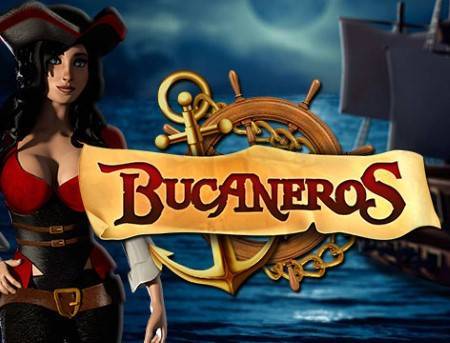