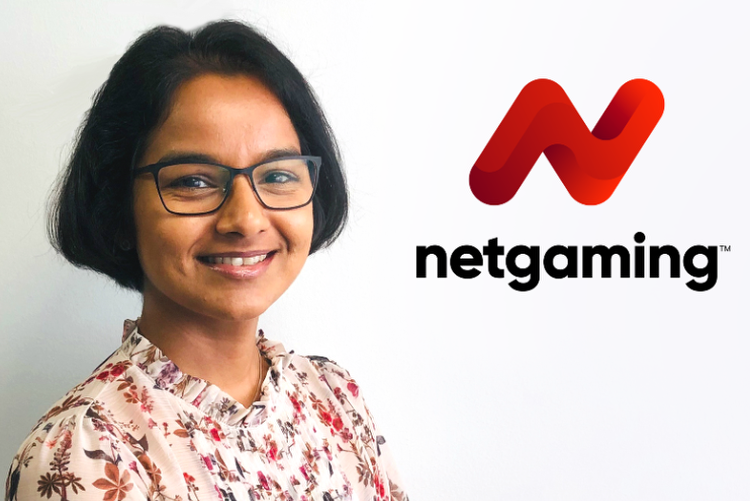 NetGaming's Dragon Fortress – Battle of the Castle was recently named VegasSlotsOnline News’ Slots of The Week. Pallavi Deshmukh, the company's chief executive, explains why the latest release has been given an 80s video game style.

NetGaming is live in five jurisdictions, has over 30 games and onboarded several operators. The team strength has increased by 50%. The learning curve has been thrilling and challenging. The core value of NetGaming remains to be nice and to meet customer requirements. Some of the senior team members have a combined experience of over 50 years.

NetGaming is working on the project to enter the slot streaming space. They engage with some of the popular streamers on a regular basis to get their feedback on game mechanics. NetGaming announced a deal with Livespins recently.

Dragon Fortress – Battle of the Castle is a unique mash-up of an arcade and a slot game. It is one of feature-rich games you will come across in 2022. Players can win or buy mini-game that is revealed when the mini game wheel is spun. They can also land random wilds, multipliers, cash wins, and wild reels.

NetGaming wants to deliver innovation-driven games to its customers. Dragon Fortress – Battle of the Castle is inspired by their Head of Product Nat’s experiences of playing Goombas and Bowsers in Super Mario. The 80s generation will resonate with the game and appreciate the finer details that NetGaming has added.

NetGaming CEO answers questions about their games and their popularity. Some of their popular games are 3 Wild Jokers, Aped, Mansa Musa’s Golden Journey and some of the classics like Book of Dracula and Treasures of Egypt.

2022 has been a pivotal year for NetGaming. They have onboarded new customers and entered new markets. This year they launched with 888casino and Entain. Net gaming is entering the US market. It is awaiting Michigan and New Jersey licences.

Dragon Fortress Battle of the Castle was launched on 10.08.2022. It offers exciting gameplay and high-quality graphics. The game has five reels and 243 winning ways. There are four mini-games: Fortune Bonus Pick, Hero Lottery, Treasure Chest Spins and Dragon Free Spinner. The main reward is the bonus wheel, spinning which you can access one of them. When a chest appears on the playing field, it shows a random number that will advance the knight a certain number of steps.
Bonuses ・ 11 August 2022

Ahead of the game

NetGaming CEO Pallavi has helped the company enter new jurisdictions with 30+ games. Pallavi describes Dragon Fortress – Battle of the Castle as one of 2022’s most feature-rich games with 80s, 8-bit video game style inspired by Goomas and Bowsers in Super Mario.
Bonuses ・ 24 August 2022

NetGaming has signed a new partnership with Livespins. NetGaming's full suite of slots will be available on the streaming platform.
Crypto ・ 11 August 2022

NetGaming has joined forces with Livespins to offer its full suite of slots via the provider's streaming platform. The agreement means that Livespin's streamers can use the developer's games in their broadcasts to players. The bet behind feature allows players to back streamer in real-time. It also creates a group bet and a shared experience. Each player can choose their bet. and the number of spins. NetGaming CEO Pallavi Deshmukh is thrilled to be joining the Lives pins platform and is looking forward to introducing their games to new player audiences.
Industry ・ 11 August 2022

NetGaming's Dragon Fortress slot has been released. The game was played by Aidan Cliff. GamblingNews had a quick run through the game. The main character of the slot is Colin the Conqueror. There are multipliers, free spins, lotteries and bonus picks. It has a distinct arcade feel. NetGaming has innovated the layout to offer more fresh twists to the slots.
Bonuses ・ 04 August 2022

Battle for the Throne is an online slot with 1024 ways to win and many innovative features. Four heroes will fight for their place on the throne. The game takes place at the foot of a hill on which there is a castle. The player's iGaming experience will be enriched with various symbols including well-known card-themed symbols, birds, a book, sages, but also four heroes and a throne as well.
Malta ・ 17 June 2022

NetGaming has partnered with Pariplay Fusion Platform to bring its products to the market. The portfolio is live on .com and UK markets. EnergyCasino is a leading online gaming operator. It offers a wide range of games accompanied by exciting promotions. NetGaming's products are visually compelling games underpinned by excellent math.
Crypto ・ 16 June 2022

NetGaming and 888 Tie Content Deal for UK and International Markets

888casino has teamed up with rising-star iGaming casino content developer NetGaming to provide players with a formidable portfolio of gaming titles. The partnership will cover the UK and a wide range of international jurisdictions serviced from 888’s Malta Gaming Authority licence. It features a cascading variety of titles, including 3 Wild Jokers, Skulls Gone Wild and the unique Mansa Musa”s Golden Journey.
Gaming Authorities ・ 14 June 2022

Expanse Studio has developed an online game called Battle for the Throne. Four heroes will fight for their place on the throne. The game features 1024 ways to win and many innovative features. The player's iGaming experience will be enriched with various symbols. Shards can only be collected once during a single spin within a paying symbol.
Bonuses ・ 24 May 2022

NetGaming has bought 4 rare NFTs from Mutant Ape Yacht Club. NetGaming is an upcoming online casino developer. They are developing a NTF-themed slot game. They will release it in Q2 this year. The company has already integrated Relax Gaming and PariPlay. Their content is available to hundreds of online casinos. It is also available on OOPensea.io. For confidential support call the Samaritans on 08457 90 90, visit a local Samaritan branch or click here.
Crypto ・ 12 April 2022

NetGaming has joined the Mutant Ape Yacht Club. The company is also working on a dedicated NFT slot game focused on the theme of Mutant Apes.
Crypto ・ 08 April 2022

5 Clans: The Final Battle is a new online slot game released by Yggdrasil and Reflex Gaming. Five clans are fighting for control of the central lands.
Movies ・ 23 November 2021

Slotegrator is a gaming content aggregator and a provider of services for online casinos. It has signed a partnership agreement with NetGaming, a young studio founded by industry veterans two years ago. Net gaming has released over 20 high-quality slots and table games. They offer branded slots developed in collaboration with MTV and the American car manufacturer Shelby.
Industry ・ 06 October 2021

Slotegrator partners up with NetGaming

lotegrator announced Monday that it has partnered with iGaming industry company NetGaming. Netgaming was founded in Malta in 2019 and has a portfolio of over 20 games. Its games portfolio includes table games and slots. Some of its titles include MTV Pimp My Ride and Shelby Online Video Slot. All the games are available in MGA, UK and Curacao jurisdictions.
Malta ・ 04 September 2021

Vegas Time! is the latest slot game from NetGaming. It offers players the chance to win big through multipliers, wild symbols and bonus rounds. It's set against a futuristic backdrop and promises to be fun and rewarding.
Bonuses ・ 28 July 2021

There are five main types of online slot games available. Three-reel slots are based on arcade machines. Multi-line slots have more reels and higher stakes. Video slots take up 75% of casinos' online slots catalogue. Progressive jackpot slots work by the jackpots increasing every time the game is played. The games usually come with a theme. This helps the user relate to the games they are playing. They are an integral part of what the player plays. For example, a retro gamer might play the latest Teenage Mutant Ninja Turtles slot game. It is an interactive game with bonus rounds, side games and many more features.
Bonuses ・ 07 May 2021