In 2021, Netflix launched three new games in Europe as part of its mobile gaming efforts. The targeted market included Spain, Italy, and Poland. The first batch included a trio of casual games that included Shooting Hoops, Teeter Up and Card Blast. During the launch, Netflix noted that only members of this streaming giant would access the games on an Android device.

Subsequent releases would also be released to members only. They would use their Netflix app to access the Google Play Store for download. Part of the game security is that players would only use their Netflix credentials to launch them. Although Netflix is the host, these games are in no way related to any films or television shows offered by Netflix. They follow the informal basic game structures that can appeal to all types of players.

Netflix games in Poland
Since the launch of the three games in Poland, there has been a positive response from Polish players. Poland is a gaming powerhouse with a large number of youths involved. The announcement that Netflix was launching its products in the country was followed by widespread excitement that has been sustained up to today. Netflix intends to launch more games in Europe, and gamers eagerly await with bated breath. The company has experienced massive downloads for the first three games, and the numbers continue to grow.

Poland has many local and foreign software developers who have built a sound gaming industry. There is a vibrant culture that attracts investors into the market. Young people and a section of adults own Android devices that run most modern games. The strategic decision by Netflix to provide mobile games in Poland is guided by the number of gamers in the country. There is massive potential to generate substantial revenue.

Online gambling in Poland
While there are several software providers in Poland, the country has put across a tough gambling law that restricts online gambling to state monopoly. Only promotional lotteries and sports betting activities are allowed, although an operator must have acquired a prior permit. However, the state is currently under pressure to allow foreign companies to offer gambling services and meet the growing demand.

The few operators with the permit to provide online gambling have tried to provide services to gamblers. They have incorporated basic services you can find in any other facility. When you visit an online casino in Poland, you will come across slots, table games, video poker, card games, live dealer games, and more. Alongside these games, you will earn rewards from winning bets and participate in various promotions.

Online gambling will certainly grow in Poland, given the numerous interest from many global operators that want to invest in the country. Netflix has taken the gaming route, but many other companies have identified Europe as a potential online gambling destination.

Conclusion
The launch of games in Europe by Netflix shows that this part of the world is good for investment. More importantly, as a gaming destination, Poland will benefit significantly even as Netflix plans to launch more games. This country will maintain its status as a gaming powerhouse globally and probably improve its offering. Regarding online gambling, the Polish government ought to ease its regulations and allow as many operators as possible to do business in the country. It is a lucrative venture that can boost the country’s economy as long as it is regulated.

One Giant Leap for Safer Online Gambling in Europe 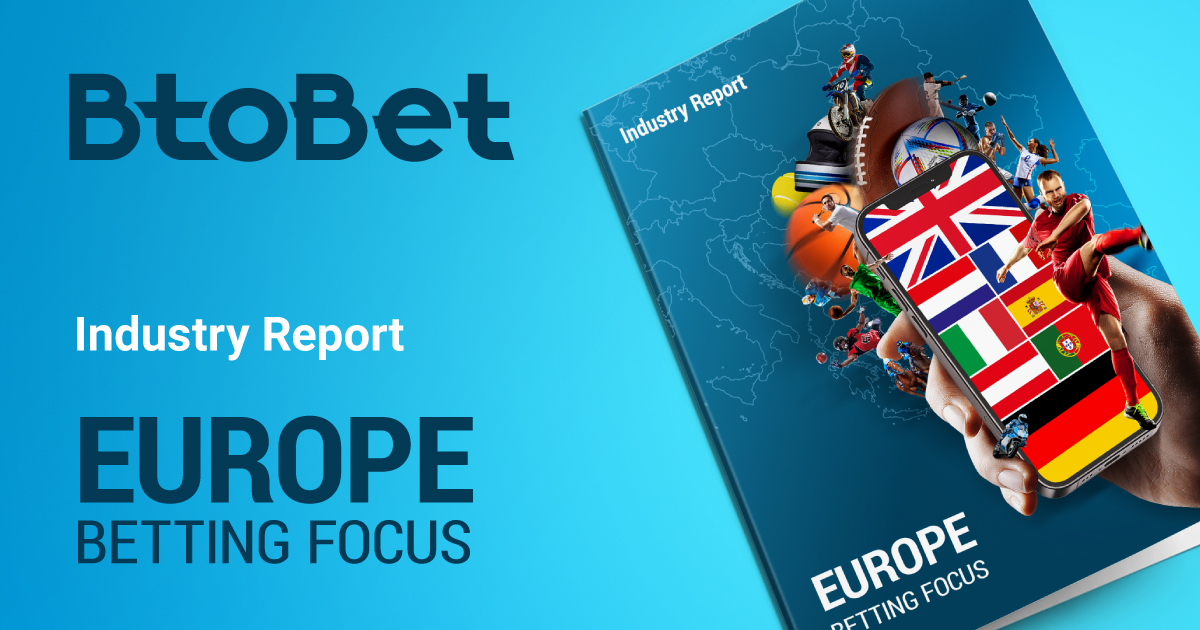 What Are The Most Popular Casino Games in Poland?

Online gambling is a big hit in Poland. Anna Rosak is an expert on online casino recommendations. She shares her recommendations of the most popular casino games in the country. i.e. the games that are most requested by Polish gamers.
Games ・ 13 December 2022
Geek Vibes Nation

On Which Changes Should Expect Operators Of The Gambling Market In Poland?

The Gambling Law in Poland controls gambling products and making bets. Unlicensed gambling platforms with no valid Polish license are going to be regarded as a crime. Access to blacklisted online casino websites is going be blocked and players redirected to a governmental site with information on sanctions on participating in illegal gambling.
Industry ・ 25 September 2022

What tourists should know about online casinos in Poland

The global online gambling market is valued at $80 billion. Polish gambling is successful in all forms. About 10% of Poles have visited an online casino at least once. The most recent amendment of April 1, 2017 tightened the stranglehold on third-party gambling providers. All gambling in Poland is regulated by the Minister of Finance.  Anna Rosak, a gambling expert from KasynoHEX, helped us with this piece.
Travel ・ 25 September 2022
Techstory

Gambling is a game of luck and chance. It is challenging to handle with universal regulations, so each state has its own laws.
Gambling Sites ・ 10 August 2022
Super Slots Casino

Changes to gambling rules and regulations have led to increased investment across Central Europe. There is a boom in iGaming and sports betting. Some neighbouring countries have different laws regarding online gambling.
Law ・ 08 August 2022
The Edinburgh Reporter

Online Casinos in Poland: What to Know About their Legality

Polish online casinos are allowed under strict regulations. The Republic of Poland recently became a democratic nation. However, it hasn't fully accepted the democratic principles in all aspects of jurisdiction within the country. Online gambling is one of the most restricted areas in Poland. It is legal in cities with 250,000 residents. In 2009, authorized online casino portals experienced the same approach. A major scandal involving Miroslaw Drzewiecki exposed the government’s corrupt practices. Read on for more information.
Law ・ 25 July 2022
Q Costa Rica

How To Play Safely At A Polish Online Casino

How To Play Safely At A Polish Online Casino. Online casino players should be careful to protect the sensitive data they submit on casino websites.
Strategy Guide ・ 25 June 2022

Legalization of Online Casino in Poland

Poland's economy has grown rapidly since the Cold War. Since the country became an EU member, the economy is growing due to tourists. Online gambling was legalized in Poland. iGaming is still legal in the EU, but it's different than in other EU countries.
Mobile ・ 20 April 2022
European Gaming

The Most Regulated Gambling Countries in Europe

The most regulated gambling countries in Europe are: Germany, Italy, France, Belgium and Netherlands. About 25% of the world’s population gamble regularly and 4.2 billion people gamble occasionally.
Law ・ 23 March 2022
Programming Insider

Gambling is One of the Most Popular Leisure Activities in Poland

Gambling is one of the most popular leisure activities in Poland. Offshore casinos are not regulated, but offshore sites can still participate in the gambling. Local online sites offer sportsbooks betting. You can find great online casino Poland 2021 sites with all the banking options you have at other sites worldwide.
Travel ・ 21 October 2021
Sports Mole

The changing landscape of Polish gambling

Poland is experiencing a rapid growth in the gambling industry. The industry generated an estimated revenue of €0.11bn in 2015. It will be worth €1.82bn by 2018 and €5bn in 2020. Poland is the most lucrative gambling market in Eastern Europe. Online casinos are more of a contentious subject in Poland.
Covid ・ 19 October 2021

Poland has potential to be the most relevant gaming market in history. The gambling revenue stood at €5billion in 2020. Polish gaming law is restrictive, but makes gamers and companies more protected than in other countries.
Movies ・ 24 September 2021
Gambling News

Poland Continues to Educate Youths about Dangers of Gambling

Poland is one of the most popular online gambling markets in Europe. The National Revenue Administration is promoting a national campaign to educate youth about the dangers of illegal gambling. The most recent edition of this campaign focused on the problems associated with gambling, including financial difficulties, addiction and social isolation.
Gambling Addiction ・ 07 September 2021
Gambling News

The offshore gambling market shrunk to 25% of the total in 2020, according to new research by H2 Gambling Capital.
Industry ・ 07 September 2021
EconoTimes

A Deeper Look Into the Polish Gambling Market

Poland has the potential to become one of the most important gaming markets in Europe.
Industry ・ 29 July 2021
Gambling News

Polish residents will have to discontinue their foreign sports and casino accounts. The government is targeting participants in illegal gambling websites.
Gambling Sites ・ 20 July 2021

Poland will impose up to $1M fine on people playing illegal gambling websites. Polish residents will have to discontinue their foreign sports and casino accounts.
Gambling Sites ・ 23 July 2021
iGaming Business

Polish authorities have warned illegal gambling operators about the penalties they could face. The authorities keep a blacklist of almost 15,000 illegal sites. New domain names are added to the blacklist every day. The Ministry of Finance and National Revenue Administration stated that it is also illegal for individuals to use foreign licenses and permits to offer gambling in Poland.
Law ・ 19 July 2021
European Gaming

Do casino-free spins exist in Poland?

Poland is one of the fastest-growing countries in the world. There are regulated online casinos in Poland like Zamino and one can access online gaming through different sites from foreign countries. Sports betting is available in Poland through regulated and licensed online platforms.
Bonuses ・ 28 June 2021
National Club Golfer

Benefits of Playing at Online Casinos in Poland

Polish casino players have experienced a lot of changes since the invention of casino gaming. Most of the changes have been made possible by technological advancements and the internet. Klara Czerwinska, an expert gamer, explains the benefits of gambling online in Poland.
Payment Methods ・ 25 June 2021
Urban Matter

The advent of technology makes it possible for most of the games that land-based casinos offered in Poland to shift online. New entrants in the gambling market provide gamers with the best gaming services. Some of them are not genuine, as some are only looking for your data and funds.
Top and Best ・ 18 June 2021
Film Daily

Why are Films Based on Casinos So Popular in Poland?

Some people use casino gaming as their source of entertainment and income. Most gamers love watching casino-based films as it allows them to acquire some of the best gaming skills from the key characters in the movies.
Movies ・ 20 May 2021