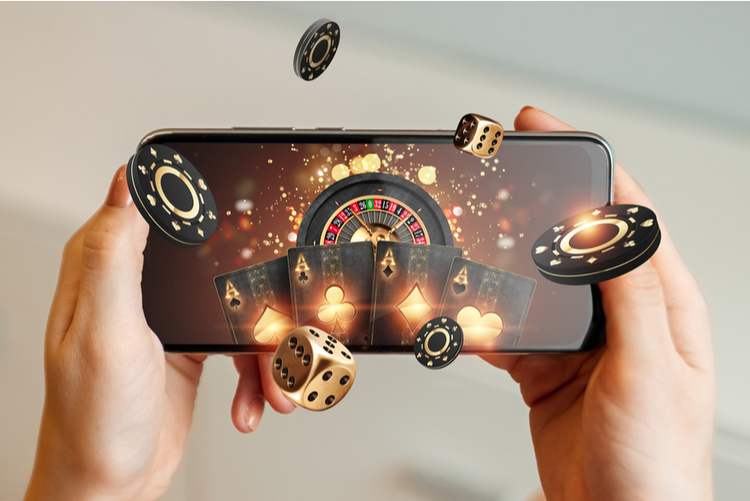 MGM Resorts CEO Bill Hornbuckle is in favor of Nevada legalizing online casinos. He made these comments during a panel discussion at IndyFest. Many of the owners of land-based casinos in the state are against this form of expansion.

Station Casinos is opposed to the expansion of online gambling in Nevada. The regulator postponed a workshop hearing on legalizing online casinos until after the adjournment of the legislature in June. Online poker has been legal in the state since 2013, but only one platform, WSOP.com, is currently up and running. Ultimate Poker was the first online poker room in Nevadans, opening in April 2013 but it closed about a year and a half later.

MGM Resorts has online casinos in Michigan, New Jersey, Pennsylvania, and West Virginia. It also has sportsbooks and poker sites operational in several states. MGM expects to have $1bn in net gaming revenue from its BetM MGM operations next year.

American Gaming Association CEO Bill Miller is in favor of Nevada ending the need to register for an online sports betting account in person. He believes that the expansion of online gaming can complement retail operations and not be the death of them. For the first seven months of 2021, the states that have online casinos generated almost $2bn in revenue.

Gambling brought in $53 billion in revenue last year. The industry broke the previous record by more than 20%. Sports betting, online gambling and traditional brick-and-mortar gaming at casinos increased. 23 states legalized gambling. Las Vegas is still trying to get back to normal. The tourism to the city reached 32.2 million in 2021. That's 75% of the pre-pandemic total of 42.5 million set in 2019.
Covid ・ 17 February 2022

Gambling surged to new records last year. Sports betting, online gambling and brick-and-mortar gaming at casinos increased. 23 states legalized gambling. Las Vegas is still trying to get back to normal.  Visits to the Nevada city reached 32.2 million in 2021. This is 75% of the pre-pandemic total of 42.5 million set in 2019. MGM Resorts CEO Bill Hornbuckle said January visits had “significant headwinds” including cancellations because of Omicron variant.
Covid ・ 18 February 2022

This Week in Gambling: Las Vegas online casinos are necessary

This week's gambling news finds J. Todd filming on the Las Vegas Strip. The CEO of MGM Resorts has said that Las Las online casinos are necessary for continued growth. Nevada and New Jersey have recently reported more revenue records. The state has not regulated internet casino games. Sheldon Adelson was an opponent of online gambling. He died recently. There are no plans to build new casinos on Las Angeles Strip in the near future.
Travel ・ 14 October 2021

Nevada's gaming industry is missing a significant opportunity for growth, says Bill Hornbuckle, CEO of MGM Resorts International. He believes the state's brick and mortar casinos are too saturated to grow their business. Station Casinos opposed expanding the online gaming regulations. Nevada legalized Internet poker in 2013. The state legislature adjourned in June. A workshop on the issue was postponed. It hasn't been rescheduled. There is just one active Internet casino in Nevada. Resort World Las Vegas opened at the end of June and the unfinished Fontainebleau project is already in place.
Travel ・ 04 October 2021

Cashless gaming and digital payments are moving into the casino world

At the 2018 Global Gaming Expo, Everi Holdings had a secret room with displays of prototype products for cashless gaming and digital payment systems. American Gaming Association CEO Bill Miller has emphasized casheless gaming innovation as a priority technology endeavor for the casino industry. Everis and other manufacturers are developing a wider suite of products. Most gaming equipment providers have developed or are in the process of creating mobile wallets. Intentional Game Technology Senior Vice President Ryan Reddy says early adoption of cashlessness gaming is going to be a learning curve. The week-long G2E opens on Oct. 4 at the Sands Expo and Convention Center.
Payment Methods ・ 26 September 2021

The Most Valuable iGaming Customers Are Doing All Forms Of Gambling

The term "omnichannel strategy" is used too often in the online casino industry. It's a catchall term for the idea of giving consumers choices and games to play. Online casinos are already catering to all types of customers. New Jersey, Pennsylvania, Michigan, Delaware, and West Virginia have legalized and implemented online casinos. iGaming is still small by comparison to legal sports betting. However, it provides more revenue for operators and governments than does sports. iCasinos will continue to be profitable.
Movies ・ 29 June 2021

12 Las Vegas casinos, resorts including Mirage, Palms and Station Casinos remain closed. The Cromwell, Planet Hollywood Resort and the Rio remain open. Caesars Entertainment, Red Rock Resorts Inc. and Boyd Gaming Corp. have reopened all but three of their 29 properties. The Linq Hotel doesn't allow room reservations. It's not clear when the properties will be reopened. They are owned by MGM Resort International, Caeresars and Redrock. RedRock is focusing on locals-focused properties, while Boyd is more focused on its international properties and its domestic ones.
Travel ・ 07 May 2021