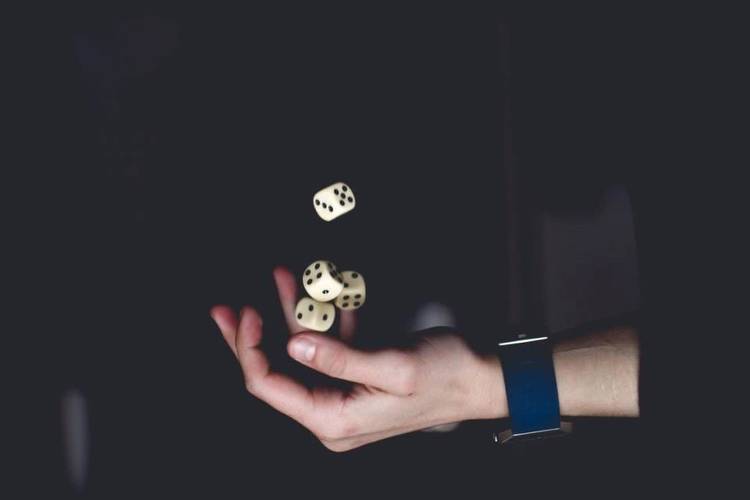 The Malta Gaming Authority acts in a similar way as any other national gambling regulator, by overseeing the activity of licensed casinos and gambling websites since 2001. Its stated goal is to ensure that gamblers are able to access safe and regulated playing options while protecting vulnerable members of society and preventing the financial crimes that are often associated with bookmaking.

Malta may be a small country, but it has led the way when it comes to regulating online gambling, leaving many other, bigger countries trailing behind. Gambling laws are already an area where legislation varies significantly between countries, with some countries and states attempting to ban all forms of gambling completely and others embracing the opportunity to support a thriving industry.

Since 2001, when the Malta Gaming Authority was launched, the gambling industry in Malta has experienced significant growth, in part due to the reputation they have established throughout the world for their gaming laws. The last 20 years have been a successful period for the Maltese government as they have carved out a niche for themselves as a world leader in the gambling sector.

Throughout the world, gaming and gambling operators recognise the business opportunities and other benefits that are available to those who operate under a Malta Gaming License. Online operations are clamouring to get themselves a license that will mark them out as leaders in their field and provide them with a range of perks to aid their success.

The process of obtaining a Malta Gaming License is hugely complex, requires a lot of paperwork and can be expensive. Applicants may have to wait months to hear from the Malta Gaming Authority and may even be called to meet with them in person before their application is processed.

So why are there queues of companies waiting to put themselves through this gruelling process simply to have a license issued by one of the smallest countries in the world? For established organisations, the benefits that the license offers far outweigh the inconvenience and cost of applying.

Operators that want to establish themselves as serious contenders in the world of online gambling often apply for a Malta Gaming License. In fact, many UK online casino operators make the most of Malta’s excellent reputation in this field.

The benefits of operating out of Malta

Operators with a Malta Gaming License are in a better position to open bank accounts, enter into agreements with thirds parties under Maltese jurisdiction and foster working relationships with international clients. The stringency of the application process also infers a degree of prestige to businesses that hold a license as it demonstrates an understanding of and a willingness to work within EU rules and regulations.

The Malta Gaming Authority also conducts a number of safety and security checks on all applicants, so other businesses can be confident that any organisation that holds a Malta Gaming License has been thoroughly vetted and found to be operating in accordance with all relevant legislation. This makes an operator much more appealing when it comes to forming business partnerships and working together on high-value contracts.

Malta is one of the few jurisdictions that has embraced the advent of online gaming wholeheartedly, making it a very appealing place for iGaming providers to launch. Malta has a multicultural and multilingual workforce that can offer support in a range of online gaming sectors such as affiliate marketing, data management, online advertising, and software and hardware providers.

A site that displays the logo of the Malta Gaming License will also enjoy player confidence and trust. This is vital, particularly when trying to attract new customers, as players want to be sure that their stakes are safe and their payouts guaranteed.

With well-regulated gambling, everybody wins

Many offline operators have launched their own websites over the last few years and customers have responded favourably to familiar brands. But with so many new games being developed every day, it’s important that players can see at a glance whether a site is reputable or not.

The UK’s gambling industry is proof that customer confidence is high, as the number of players is increasing. The online gaming sector accounted for more than 52% of the income generated by gambling in 2020 alone. Online casino games make up the majority of that total, suggesting that players are confident that casino sites are safe and secure.

By contrast, non-remote betting was only the third largest sector in terms of the income generated. As in Malta, where iGaming contributes nearly 15% of the country’s economy, the appeal of online gambling has been so strong that traditional casinos are taking a back seat.

With reports suggesting that the online gambling market is going tocontinue to grow over the next few years, Malta’s early adoption of stringent regulation appears to have been an incredibly wise move. It has boosted their economy and provided online gaming providers with a strong and clear framework in which to expand.

The high standards put in place by Malta’s Gaming Authority don’t just offer benefits to the operators that acquire a license. Players around the world benefit from the rigorous security measures in place, law enforcement agencies benefit from their anti-money-laundering measures and governments benefit from the tax revenue generated by the gambling sector.

#PlatinumPlayCasino Mobile Casino No Deposit Bonus #PlatinumPlay Review + BONUS! Platinum Play Casino was established in 2004 and is licensed by the Malta Gaming Authority. 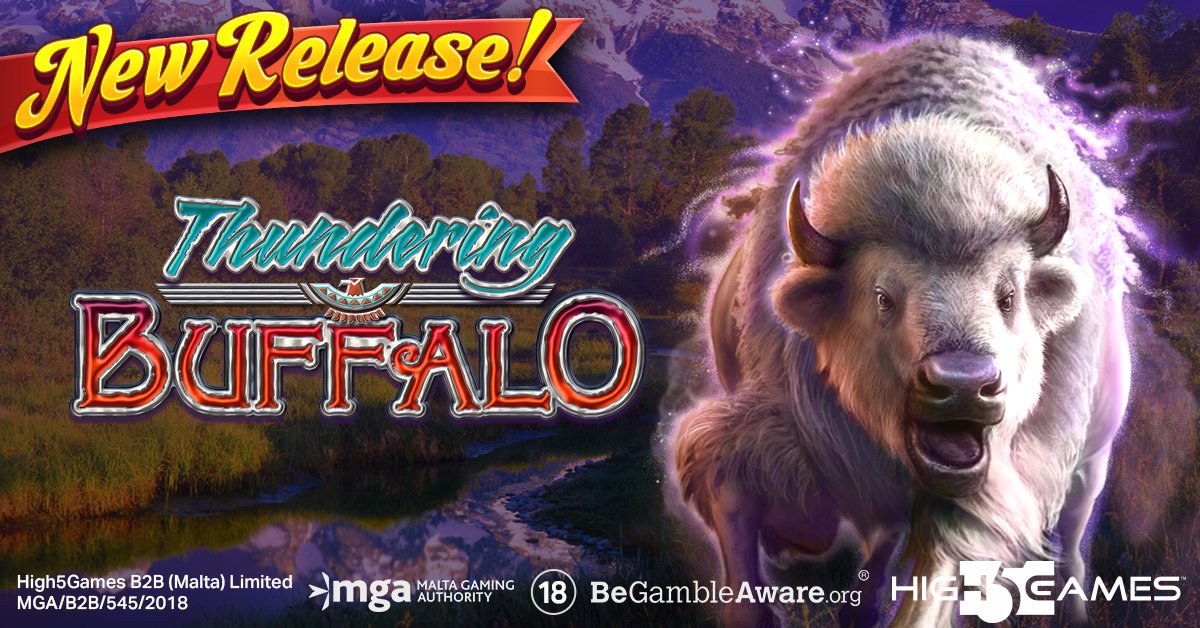 Online gambling: Why Malta’s rules are favourable to operators

Malta's gaming laws are favourable to online gambling operators. The country has been at the forefront of the legalisation of online casinos. There are still some restrictions in place, so it's important to be aware of them before you start gambling online.
Gaming Authorities ・ 26 days

National Lottery PLC has been granted a 10-year-long licence to operate the lottery. It is the first fully-owned Maltese company to take over the running of the Lotteries for the past 18 years. The Malta Gaming Authority is confident that the concessionaire will maintain the highest level of operational and compliance standards. The minister for economy, European Funds and Lands hopes that it will continue to enhance the popular National Lotting Games. NationalLotteryPLC entered into deals with EveryMatrix and International Game Technology to supply online games and technology to the Nationallottery of Malta.
Gaming Authorities ・ 07 July 2022

In review: licensing and taxation of gambling activities in Malta

The legislative framework governing gaming in Malta consists of the Gaming Act, Chapter 583 of Law 5, and subsidiary legislation 5.03–583.12. The MGA is the primary regulatory body responsible for the governance of all gaming activities in the country. Remote and land-based gambling are permitted in both Malta. There are four licensed casinos and betting shops and arcade centres. Bingo halls offer Spanish game of bingo. The latter requires a government concession. All controlled gaming premises need a licence. They are different from casinos. It is not necessary to have a license to operate a casino.
Finance ・ 11 May 2022

Gambling entrepreneurs are constantly trying to improve their products and services. Malta is well-known as one of the most reputable "gambling countries" thanks to the quality of websites registered here and regulatory bodies that issue licenses.
Mobile ・ 30 March 2022

Are online casinos based in Malta fraud? (Sponsored content from Eugene Banks)

The Malta Gaming Authority is the most well-known and respected regulatory authority. Betting.co.uk has an official license from the MGA.
Trust and Safety ・ 15 February 2022

There are new online casinos and sports betting sites popping up on a regular basis. Malta Gaming Authority is one of the most reputable gambling regulators in the world.
Malta ・ 27 January 2022

Malta is home to one of the most well-respected gambling licensing systems in the world. Malta is the tenth smallest country in world, but has a thriving online gaming industry. Onlinecasinos.com recommends Malta's best casinos. They make the best use of Malta’s legislative prowess. The best Malta casinos make most of their country”s legal prowess, according to onlinecasino.
Industry ・ 22 December 2021

Online gambling permission is a must-have for working with casinos in target markets. Official game developers and processing service providers will only work with licensed gaming websites.
Law ・ 21 December 2021

Malta: The epicentre of the gambling industry

Malta became the first EU member state to enact comprehensive legislation on remote gambling in 2004. Online providers represent around 12% of Malta's GDP. The industry has seen a success in the UK. UK have relaxed gambling laws with many online gambling providers regulated by Maltese firm, the MGA. online live casinos are a new trend in UK where providers stream real life dealers on games such as blackjack to enhance the online gaming experience.
Industry ・ 30 November 2021

Online casinos generate billions of euros in revenue every year. Spain introduced new rules in 2020 around the marketing of casinos. This included limiting TV advertising to between 1pm and 5am and banning celebrity testimonials.
Finance ・ 30 November 2021

What makes Malta so attractive to online gambling companies?

The online casino industry is booming. Malta's gambling activities are governed by the Malta Gaming Authority. The MGA is considered by many in the industry to be one of the most respected institutions in world. Online gambling is an industry that's primed for substantial growth. One of emerging trends in online gambling industry involves playing casino games with cryptocurrency.
Strategy Guide ・ 25 November 2021

Boom in online casino uptake in New Jersey is good news for Malta's economy. Malta’s gross gaming revenue accounts for nearly 8 per cent of the country”s economic activity. Online gambling attracts a global audience. New York was one of early adopters of land-based resort-style casino with the creation of Atlantic City. The fortunes of New Jern Jersey waned as more states opened Casinos. US has always had a complicated relationship with gambling industry. It was sold lottery tickets to fund Independence Wars to total prohibition. Recent legislative changes have seen a huge growth in this sector.
Gaming Authorities ・ 23 November 2021

Top-10 UK Safe and High Reputative Online Casinos For Money Deposits is a list of the top-ten online casinos for real money 2021 in the UK. The first thing to consider is whether the website welcomes visitors from the state in which you reside.
Gaming Authorities ・ 02 November 2021

Why are so many online casino companies based in Malta?

There are many online casino companies based in Malta. Online gambling is a truly international industry with enthusiastic fans worldwide. Malta ranks high in the preferences of gambling operators.
Gaming Authorities ・ 04 October 2021

Dragonara Gaming Limited has been operating the gambling venue since 2010. The original concession expired in mid-2020 but was extended twice for a period of six months through June 2021. New deal with the Maltese government will take effect in August. As part of the agreement, the casino operator has agreed to invest €10 million in new technology and equipment to improve the venue’s offering.
Poker ・ 02 August 2021

Malta was the first European country to come up with a legislative framework for its gambling industry. More and more gambling operators are looking to acquire a license from the Maltese Gaming Authority. Gambling operators with approval from accrediting agency are allowed to advertise their services to residents of the UK.
Law ・ 22 July 2021

MGA is an important organisation in Malta's financial services sector. Local sites are among the best online casinos in the country.
Gaming Authorities ・ 16 July 2021

Why are so many online casinos based in Malta?

There are many online casinos based in Malta. The number of people playing online games has been increasing in the last few years. Cryptocurrencies are a big hit in online gambling. Bitcoin Casinos and other Crypto Casino have been popping up everywhere on the internet in last couple of years and are popular in gambling industry.
Gaming Authorities ・ 03 July 2021