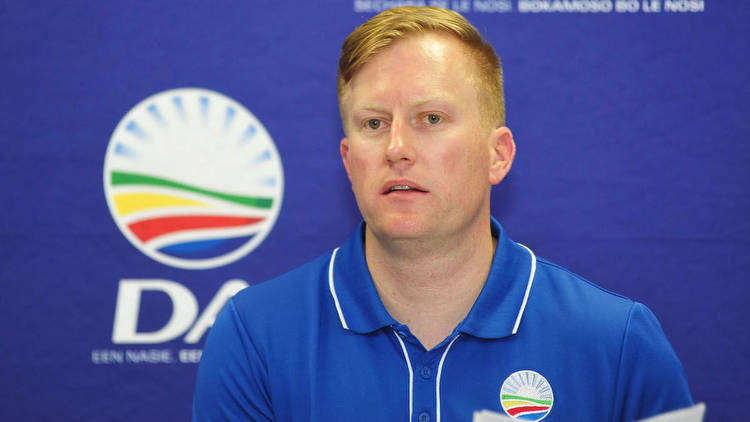 Yesterday, BizNews published Ivo Vegter’s article on the Daily Friend titled: ‘DA goes protectionist on interactive gambling.’ The DA’s Dean Macpherson was mentioned in it, and he took exception to some of Vegter’s conclusions. We publish Macpherson’s right to reply below.

When I read Ivo’s piece, I honestly thought I was reading a satirical work published in the Daily Friend.

I must also state that I wonder how Ivo could write something about a Bill that he has never seen or read. It is a great pity he did not bother to ask me for the bill which I suspect would have given him a fuller picture about this important piece of legislation. Instead, and by his own admission, he relies on the published intention to submit a Private Members Bill, which is a prerequisite to the actual tabling of a Bill in Parliament.

One has to appreciate that this published intention, is but a snapshot of the entire bill to come. So it is quite a first then for someone to opine a piece on a mere intention, and not the bill itself.

Some realities about online/interactive/remote gambling. It is no secret that gambling, is a much loved pastime in South Africa. Whether it be on horses, sports, the lotto or in casino’s. The rise of online gambling has been astronomical, yet it remains banned in the country. This is ridiculous in 2022, but the Government has been determined to stamp it out, even once proclaiming it would “ban the internet” if that’s what it took.

Clearly this is an undesirable situation as it offers online players no rights and protection like land-based casino players have. Secondly, there is no ability for provinces or national government to generate revenue from online gambling. And why should they not? If land-based casino’s are tax payers, then surely online casino’s should be as well? For some reason, he believes that none of this is important.

Ivo’s contention is simply that there should be no regulation, no tax payed and that online gambling should continue to exist in the shadows. This is not good for anyone. Not players, not competitors, not the state and not for investment.

Online gambling is a multi-billion Rand business in South Africa, which exists mostly outside of the country. If we can entice companies to set up shop in South Africa and for it to become a hub into Africa, then this would be good for the country, but they require a regulatory framework to do so.

And it is exactly this that many companies have told me is the case, especially those that I have personally met at gaming conferences over the years.

Finally, Ivo’s attempt to harpoon the DA and myself by comparing me to Ebrahim Patel and advancing ANC ideology is petty because it is not born out of reality. It is Patel’s department and the ANC that has been desperate to continue the ban on online gambling. It is the DA and myself who is trying to bring it out of the dark and into the regulatory environment to make it legal.

So rather than “being on the side of the ANC on this issue”, the DA is completely on the opposite side of it. This would have all been made available to Ivo had he simply picked up the phone.

As my grandfather would often say, “don’t let the facts get in the way of a good story”. How true for Ivo Vegter.

Amelco ready for landmark debut in South Africa with LulaBet 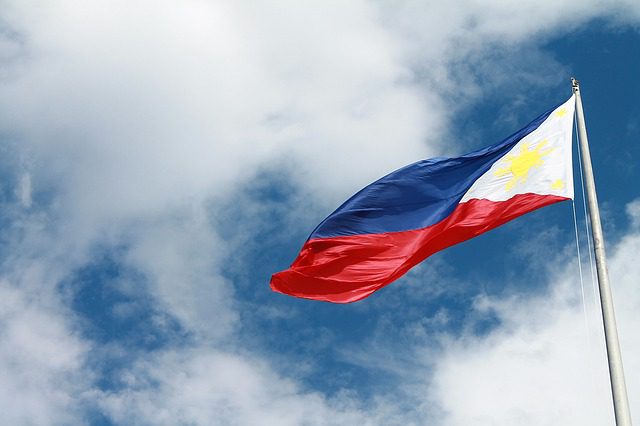 #InTheSpotlightFGN - Senate leader presents bill to ban #onlinegambling in #thePhilippines The senator argues that the consequences of online gambling are too severe to be ignored. 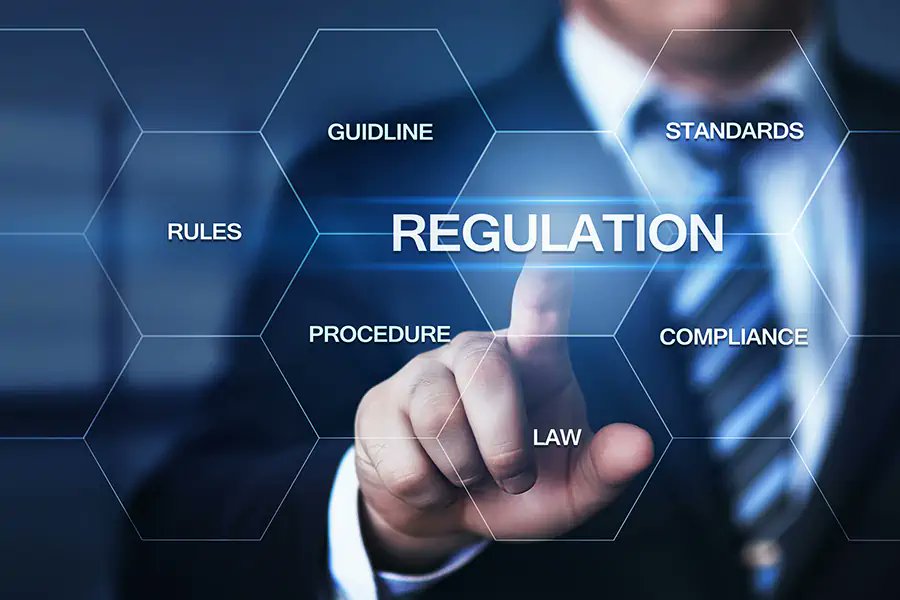 The Online Gaming (Regulation) Bill, 2022: A Welcome, but Insufficient Step in the Right Direction

The Online Gaming (Regulation) Bill, 2022 is a welcome step in the right direction. It doesn't provide a broad framework of gamer protection norms. The Bill doesn’t mention responsible gaming policies, user data protection, know your customer protocols, grievance redressals, restrictions on advertising and marketing, and other related matters. The UK, Sweden, Denmark, Germany, a number of states in US, Peru and Uruguay have adopted gaming legislations based on a regulatory authority, licensing regime and gamer Protection orientation. India can learn from the established gaming regulation practices around the world and adapt them to the local environment and cultural specifics. Integrating the country”s unique Aadhar Digital ID system in the age verification, customer protection and self-exclusion mechanisms of the gaming regulations will make the task easier.
Law ・ 9 days

The draft Remote Gambling Bill has been published for public comment in South Africa. It aims to legalise and regulate online gambling in the country. The bill was put forward by the opposition Democratic Alliance. The amendment act relating to interactive gambling was never brought into operation. This is one of the reasons why the Bill was not brought to effect.
Law ・ 28 days

South Africa has a robust betting market that in 2020 amounted to R32.7 billion. One in every 10 South Africans participate in gambling. The gambling in South Africa before 1996 was illegal, except for horse racing. With the passing of the National Gambling Act 1996, gambling became legal and in 2004, a National. Gabbling Policy Council was incorporated into the Act.
Law ・ 31 August 2022

NetEnt and Red Tiger Gaming join forces with Supabets in a new deal. The two providers will supply Supaets with 175 games from their collections. SupAets is the first operator in South Africa to market a slots section. The deal follows Sup Aets' successful partnership with Evolution in the live dealer section of the game. It is hoped that the relationship will be fruitful and will lead to adding more portfolio to remaining clients.
Live Gambling ・ 10 August 2022

How Africa’s Online Gambling Industry compares with others

Gambling industry in Africa is still establishing itself. There are many international online casinos which have been developed for these establishes markets. Technological penetration has contributed to the growth of the industry. Most African countries have less than 50% internet access. Online gambling is more popular in South Africa and Nigeria. The US and China have established their gambling industry more firmly.
Industry ・ 13 November 2021

Online Gambling in Kenya: 5 Things You Should Know

The growth of the online gambling industry in Kenya can be attributed to the societal acceptance of gambling as a form of sports recreation. Geteye, a 27-year-old university student, has won multiple times from his stakes on 22Bet Kenya. He believes that the belief of a better future which winning a bet can offer gives Kenyans the reason to continue gambling.
Top and Best ・ 22 October 2021

The global gambling market is expected to reach a value of $565.4 billion by 2022. The two largest gambling markets in Africa are South Africa and Nigeria. Kenya is the third largest in the world. Africa is experiencing an online gambling revolution. The government can leverage the earnings from this industry by investing in sports and development projects. Many states have approved commercial casino gambling. It is hoped that the audience size in this region will grow from 30 million in 2020 to 53 million by 2023. According to the World Financial Review, at least 30% of the continent takes part in one form of online gaming.
Industry ・ 17 October 2021

How to Find Trustworthy Online Casinos in South Africa

South Africans are no strangers to the online casino world. Online gambling is a great way to earn some extra money on the side. Every online gambling site has to abide by strict rules. There are 5 important things to be careful of when looking for an online casinos in South Africa.
Trust and Safety ・ 19 July 2021

The Legality of Betting in Southern African Countries

The Legality of Betting in Southern African Countries is regulated. Click to discover some of the best online casino bonuses. in this article. The article focuses on the Southern region of Africa and how each of them has been regulating gambling.
Law ・ 14 July 2021