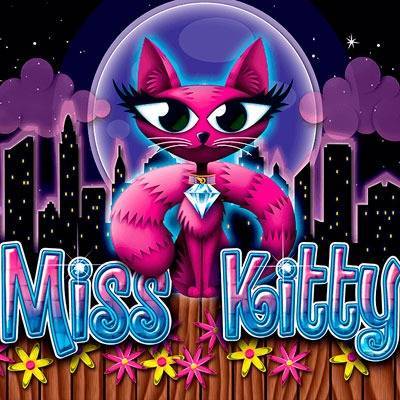 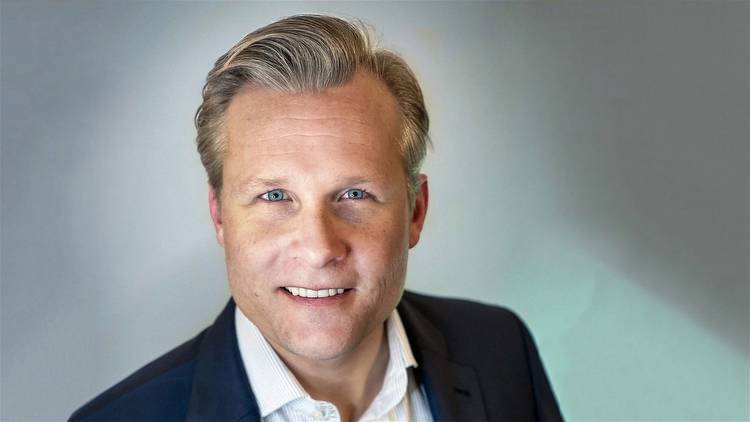 Online gaming businessReal Luck Group, parent company of esports, sports, and casino gaming provider Luckbox, has shared its financial resultsfor the first half of the year. The company recorded a net loss of about CAD 4 million ($3 million) for the period, of which almost CAD 2 million ($1.5 million) was accumulated in Q2.

However, in terms of its product offering, the company concluded the period ended June 30 withover 700 games from six providers on the newly launched Luckbox online casino, an increase of over 66% in games content since the end of March 31, 2022.

Despite the losses, Luckbox remains free of debt and has a positive balance of CAD 10.6 million ($8.1 million), which CEO Thomas Rosander said could amount to "enough capital" to execute on the company's growth strategy.

"During the second quarter of 2022, the company finalized its platform in anticipation of the next phase of the company's growth- acquiring and monetizing players," Rosander also pointed out. "To support this transition, we continued to introduce more games and features to our online casino,a high-margin vertical designed to bring engaging content to our players and near-term revenue."

"Given our ambitious goals to become a tier one operator and to respond to player demand, we added over 300 games to our casino offering, proving that we can react and maneuver to the market to enhance our player experience," the CEO added. 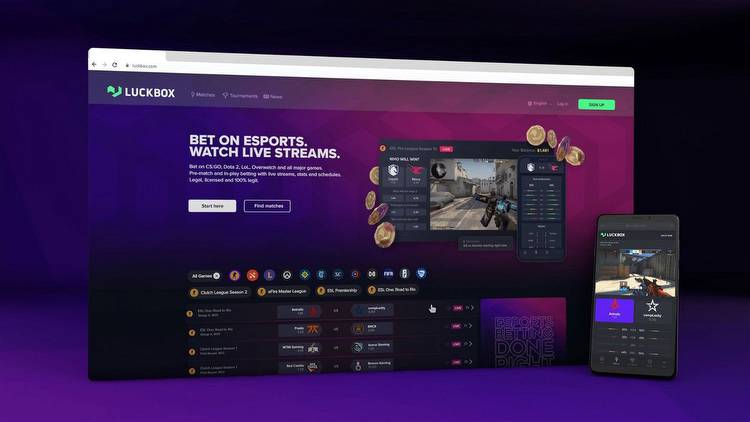 Among highlights for the period, the company signed partnerships and agreements with more than 50 global player acquisition channels, designed to "increase player traffic to Luckbox's next-generation esports, sports and casino real-money betting products," the company stated in a press release.

In April, the business announced a new partnership with online casino supplier Microgaming to add more than 100 games to Luckbox’s casino, including branded titles such as Jurassic World, Game of Thrones, and Lara Croft. With the Microgaming content, Luckbox's casino now offers over 450 games for users to wager upon, the company says. 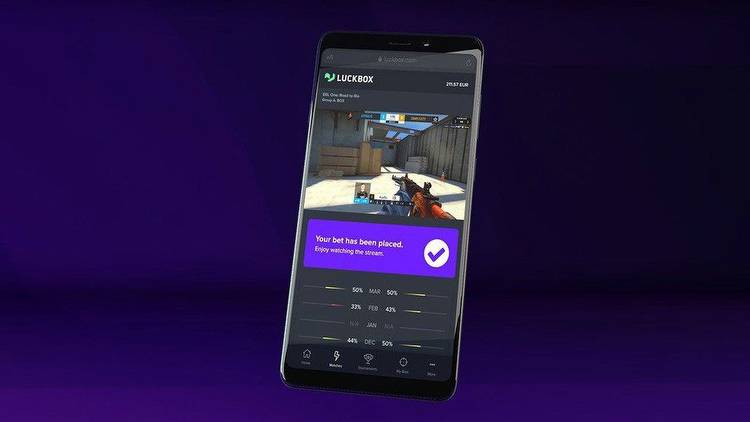 Subsequent to the period, the company announced the appointment of Daniel Sanders as The Director of Marketing to complete the leadership team. Sanders' previous positions include Senior Global Marketing Lead at Tencent Games and Head of Esports and Gaming Marketing at Red Bull.

"Initial results during this next growth phase are promising, and with online casino forecasted to drive positive monthly EBITDA in second half 2023. This together with continued onboarding and monetizing of players, new business initiatives, and a balance sheet that has about CAD 10.6 million of cash and no debt, we believe that we have enough capital to execute on our growth strategy," the CEO concluded.

TSXV and OTC-listed Real Luck Group’s Luckbox offers real-money betting, live streams, and statistics on major esports, as well as sports betting and casino games, on both desktop and mobile devices. It is live in more than 80 territories worldwide and holds a B2C and B2B gambling license issued by the Isle of Man Gaming Supervision Commission. 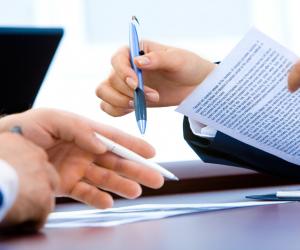 We’re putting another of our company values centre-stage, why ‘integrity’ is so important at Microgaming. 👍 𝗜𝗻𝘁𝗲𝗴𝗿𝗶𝘁𝘆 | We do the right thing. Always. Let’s find out more from the people at the heart of our business… 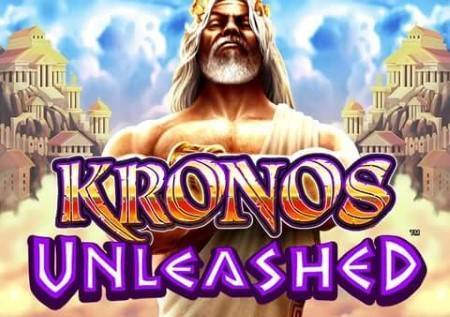 Luckbox is the parent company of Real Luck Group. The company recorded a net loss of $3 million for the first half of the year. However, it has a positive balance of CAD 10.6 million ($8.1 million) and is free of debt. It added over 300 games to its casino offering and signed partnerships with 50 player acquisition channels. In April, the business announced a new partnership with online casino supplier Microgaming to add more than 100 games. Daniel Sanders was appointed as the Director of Marketing. He was previously Senior Global Marketing Lead at Tencent Games and Head of Gaming Marketing at Red Bull.
Industry ・ 28 days
Golden Casino News

Aristocrat Leisure Limited's online gaming segment will be rebranded as Anaxi. The new brand identity is seen as crucial for attracting and retaining industry professionals and fostering team culture. Aristocrat will showcase its Anxoni product at G2E Las Vegas prior to its official US release.
NFL ・ 20 October 2022

Luckbox's casino has been launched in December 2021. Microgaming has added more than 100 games to Luckbox casino. Global Online Casino Market is estimated to be US$134.9 billion in 2021 and could reach US $159.8 billion by 2026. ResearchandMarkets.com estimates the market will grow at a CAGR of 3.45%.
Industry ・ 28 May 2022
Casino Reports

CasinoBeats Summit Kicks off This Tuesday

This year's CasinoBeats Summit starts on Tuesday, May 24, 2022 and it will run through May 26, 22nd. The conference and exhibition is taking place at the InterContinental in St Julian’s, Malta.
Gaming Authorities ・ 23 May 2022
Super Slots Casino

Microgaming will integrate Luckbox into more than 100 games

Microgaming will integrate Luckbox into more than 100 games. LuckBox is an award-winning provider of licensed esports betting, sports wagering, and casino games, with its subsidiary companies doing business as "Luckbox" (the "Group"). Microgaming is a leading provider.
Gaming Authorities ・ 25 April 2022
Esports Betting

The Real Luck Group has partnered with Microgaming to expand its online casino offering. The announcement took place at ICE London 2022. iGaming veteran Bo Wanghammar joined the RealLuck Group board this year. Last year, in 2021, numerous partnerships were announced during an expansion of the firm.
Industry ・ 8 days
Proactive

Real Luck Group Ltd announced a partnership with Microgaming to enhance its Luckbox online casino. The company said the partnership adds more than 100 games to Luckboxes casino, including 9 Masks of Fire, Book of Oz, Immortal Romance and branded titles such as Jurassic World, Game of Thrones and Lara Croft. The global online gambling market is estimated to be US$134.9 billion in 2021 and could reach US $159.8 billion by 2026. LuckBox offers legal, real-money betting, live streams, and statistics on all major esports and sports on desktop and mobile devices.
Industry ・ 13 April 2022

Luckbox is launching online casino gaming on its revamped platform. The company has almost $16 million of cash and no debt as of September 30th 2021. It has granted an aggregate of 4.5 million shares to investors. The business plans to scale the player acquisition efforts across all its verticals of esports betting, sports betting and online casinos. They also plan to share KPIs relevant with investors soon. . ... For confidential support call the Samaritans on 08457 90 90 10 or visit a local Samaritan branch, see www.samaritans.org for details.
Industry ・ 23 December 2021
Esports Betting

Luckbox is a hybrid betting platform offering traditional sports markets and also a casino. The company is launching a new casino to increase revenue. Research suggests the online casino market will be worth $160 billion by 2026.
Mobile ・ 21 December 2021
Gambling News

Luckbox has launched casino games on its own online betting platform. The new casino is already open to customers and includes sports and esports betting offerings. Luckbox's main focus this year has been to recalibrate its next-gen wagering platform to set things up for future expansion. Thomas Rosander, the chief executive officer of Luckboxes, is optimistic about the future of the company.
Games ・ 21 December 2021
European Gaming

Luckbox has launched a casino game on its next-generation wagering platform. The company is well-capitalized and plans to focus on growth. The Global Online Casino Market is estimated to be US$134.9 billion in 2021 and could reach US $159.8 billion by 2026. Luckbox CEO Thomas Rosander was the CEO of Dunder, which achieved annual revenues of €80 million in less than three years. He is now looking forward to sharing KPIs relevant to investors soon.
Industry ・ 20 December 2021

Real Luck Group Limited launches online casino on revamped Luckbox platform. The company claims the casino complements the existing offering of e-sports and sports betting. The global online gambling market is estimated to reach $159.8 billion by 2026. LuckBox has almost $16 million of cash and no debt as of September 30, 2021. It is well-capitalized to continue evolving its Luck box platform and executing on the company’s organic player marketing program. Thomas Rosander, the CEO of LuckBOX, had a previous success as CEO at Dunder, which achieved annual revenues of €80 million in less than three years.
New Year ・ 07 January 2022
Gambling Insider

Luckbox has launched an online casino as part of a revolutionary betting platform. The company also granted 4,650,000 stock options to directors, employees and consultants. William Moore was appointed as the company's new CFO.  The company plans to scale its player acquisition efforts across all its verticals early in the new year. It will share KPIs relevant to investors soon.
New Year ・ 20 December 2021
Calvin Ayre