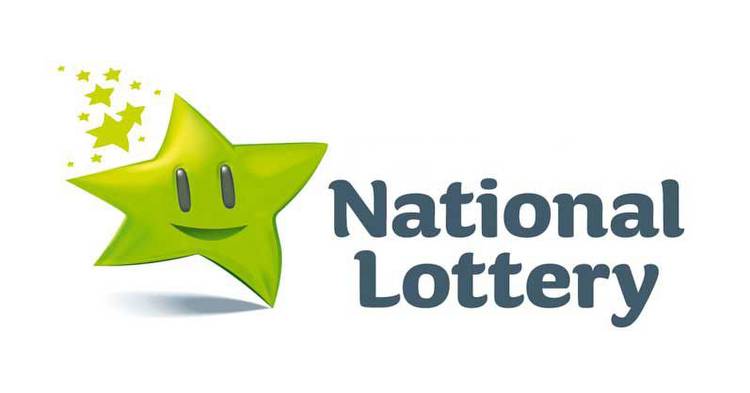 Lotto players all over the country can continue dreaming of becoming Ireland’s largest ever Lotto jackpot winner as the astonishing €19,060,800 remains up for grabs next Wednesday. Over 195,000 players won prizes across the Lotto and Lotto Plus draws last night which included three big winners from Cork, Meath and Wicklow who shared almost €3 million in prize money.

As no additional funds were added to the jackpot as it remains capped, the funds that would usually go to the jackpot were instead distributed to the next prize tier at which there was a winner and in last night’s draw, this was the Match 5+Bonus category. An online player in Cork matched 5 numbers and the bonus and will now go on to claim an incredible €990,753. The Rebel county winner purchased their Normal Play ticket on the day of the draw at www.lottery.ie.

Meanwhile, two players in Meath and Wicklow became the biggest winners of the night after scooping the top prize of €1 million each in the Lotto Plus 1 draw. The Meath store where the winning Quick Pick ticket was purchased will be revealed on Monday while the National Lottery has confirmed that the Wicklow player won their top prize amount after purchasing their Quick Pick ticket online on the day of the draw.

The National Lottery has confirmed that a notification to the user’s online account and a separate email has now been sent to the Cork and Wicklow winners. The Meath Lotto Plus 1 winner is advised to sign the back of their ticket to keep it safe. Each of the three biggest winners from last night’s draw should contact the prize claims team on 1800 666 222 or email [email protected] and arrangements will be made for them to claim their prizes.

The winning Lotto Plus Raffle number was: 9543

The winning Lotto Plus Raffle ticket holders are advised to sign the back of their tickets and check www.lottery.ie for details of their nearest An Post Prize Claim Centre where prizes up to €14,999 can be claimed. Alternatively, they can contact the National Lottery claims team on 1800 666 222 or email [email protected] Online players will receive details of the process for claiming their prizes.

Man buys a lottery ticket, jokes that he’ll win the jackpot, and hits the jackpot in time for Christmas! Patrick Daniel of North Carolina hit the £81k jackpot with a £0.80 Quick Pick. Read the story here: 18+, T&Cs apply

@allwynuk are thrilled to welcome Camelot into their family. They are united by their common passion: to protect and improve @TNLUK, and the good causes it supports. 🙌

Local store in Meath revealed as selling location for Millionaire Raffle ticket worth €1 million. The winning ticket was purchased on Saturday 11th December at Scally’s Centra in Summerhill, Co. Meatha. Geoff Scly is delighted to get the call from the National Lottery to say that his store sold the winning top prize ticket.
Christmas ・ 03 January 2022
Super Slots Casino

Lotto bosses confirm winning shops as two Meath and Westmeath punters wake up millionaires. LOTTO bosses have revealed the locations where two winning tickets were sold over the weekend. The winning Normal Play ticket was sold at the Centra shop in the Millmount Shopping Centre in Mullingar, Co. West Meats. On Saturday night, two more National Lottery players had similar luck after winning the top prize of €1million each in Lotto Plus 1 draw.
Lottery ・ 08 November 2021
Yabby Casino

Heartbreak As One Player Just Missed Out On Top Lotto Jackpot

The €19,060,800 jackpot remains up for grabs next Wednesday. The online player from Cork missed out on the top prize, but still won €990,753. Two players in Meath and Wicklow scooped the biggest prize of €1 million each in the Lotto Plus 1 draw. The National Lottery has confirmed that a notification to the user’s online account and a separate email has been sent to them.
Winnings ・ 08 November 2021
Irish Mirror

Online punter from Cork won €990,753 after matching five numbers and getting the bonus ball in the main lotto draw. Two players in Meath and Wicklow won the top prize of €1 million each in Lotto Plus 1 draw on Saturday night. The Meaths store where the winning Quick Pick ticket was purchased will be revealed on Monday. Wicklows player won their top amount after purchasing their Quick pick ticket online on the day of the draw and the National Lottery confirmed that a notification has been sent to the user's account.
Lottery ・ 07 November 2021
The Irish Sun

Three lucky punters in Dublin, Mayo and Wicklow won €341,374 each in last night's Lotto draw. The lucky numbers were 01, 11, 15, 30, 31 and 43 with the bonus number 22. Dublin winner bought their Quick Pick ticket on Sunday 31st October at Centra Whitechurch in Rathfarnham. Wicklows winner purchased their ticket at Centre on the Church Road in Greystones. Mayo winner scooped their share of the Match 5 + Bonus prize at Hallahan’s Newsagents on Pearse Street in Ballina.
Lottery ・ 04 November 2021

Wicklow has a new millionaire

Wicklow has a new millionaire thanks to the EuroMillions 'Ireland Only Raffle' draw. Two online players from Dublin and Meath each won €500,000 in their respective Euromillions Plus and Daily Million Plus draws on Tuesday night. There was no winner of last night's €95 million Euro Millions draw, so Friday's draw is heading for €110 million.
Winnings ・ 11 August 2021
Irish Mirror

There was no winner of last night's €95,302,087 EuroMillions draw. Five millionaires are guaranteed in Ireland over the next two weeks. Two online players scooped €500,000 each in the Euromillions Plus and Daily Million Plus draws. The next Euromillions drawing is on Friday night.
Lottery ・ 15 August 2021
Wicklow News

One lucky ticket holder in Arklow Town, Co. Wicklow has won the €500,000 EuroMillions Plus top prize in Friday night's draw. The winning Quick Pick ticket was sold at Tesco store on the Wexford Road in the town. It is the third big National Lottery win in seven days. Last Saturday's Lotto draw saw another player in Wicklows come within a few numbers of winning the jackpot of €3.2 million. There was no winner of last night’s Euromillions jackpots worth over €53 million but 56,00 players in Ireland won prizes. Next Tuesday”s jack pot will roll to an estimated €65 million and the National lottery will make arrangements for the winner to claim their prize.
Lottery ・ 23 July 2021