Latin America: The Next Gambling Powerhouse?

The Latin American gaming industry is quickly gaining traction. In Uruguay, Argentina, and Mexico, the gaming industry has grown significantly due to favourable regulations and a growing consumer base.

The gaming industry is seeking to take advantage of this expanding market in these countries. Latin America’s gambling industry and the economy would be boosted further if all forms of gaming were legalized, from land-based to online, but first, let’s look at the state of gambling laws in South America and compare them to European gambling markets.

Comparing the Gambling Laws of Latin America and the EU

There are many differences between the gambling regulations in Latin America and those in the EU. Many countries, including Mexico, legalize and heavily regulate gambling. Other countries, however, consider it illegal. As a result, online gambling players find themselves in a lot of confusion. If you however want to avoid this confusion you will want to where you can try your luck on your favorite slots without wagering any money.

In most European countries, the European Union creates gambling laws. Historically, gambling has been a major part of European culture. For centuries, people in Europe have enjoyed gambling from betting on horse races to playing casino games. Even though some forms of gambling are more popular than others, most European nations have some type of gambling industry. As far as gambling laws are concerned, European countries have been less cooperative until recently. Players and operators were both confused by each country’s rules and regulations. The EU Single Market for Gambling Regulation was introduced in 2012 to change that. EU member states now have to follow a set of unified gambling rules created by this framework. The European Union does its best to oversee gambling legislation throughout Europe, but it is ultimately the nation’s responsibility to make its own rules.

The Latin American region is currently a key growth market for global online gambling companies seeking to expand in newly regulated markets. Several territories have followed Colombia’s lead in implementing regulations for online gambling products, including Panama, Peru, Brazil, Chile, and several provinces in Argentina. Major European operators are either seeking licenses or partnering with local operators to operate in these territories.

According to conventional demographics, about 75% of the population is over 18 and the area is home to more than 307 million players. In 2026, it is estimated that locally-licensed online gambling will generate USD 4.4 billion in revenue across 11 Latin American countries.

Every civilization on earth has some sort of gambling. Putting bets on the result of cooperative games such as poker and dominoes, as well as betting on sporting events and animal races, all constitute gambling.

In 2021, sports and other forms of betting accounted for 40% of Europe’s online gross gaming income, over €14.6 billion. The gaming industry is present in every town, city, and municipality in Latin America. However, South American gaming laws are notoriously out of date, relying on antiquated standards from a different era.

There is no way to predict how online gambling will develop in LatAm because the attitudes and regulations toward gambling in the region vary from country to country. Even so, as more people gain confidence with online transactions and seek convenient ways to gamble, there is a possibility for growth. Due to the rise of internet gambling, the industry has expanded far beyond land-based casinos, making it attractive to offshore operators. As evidenced by the high number of new gaming sites and casinos launched each month in Latin America, it’s safe to say that the iGaming market is just getting started in this region.

for regular updates, news and competitions bringing the best of Latin American culture direct to your Inbox.

@hoellegames is a newcomer to the iGaming industry and this partnership with @FirstLookGames allows Hölle to gain an immediate presence in the European market. 🤝

A new study by the European Patent Office (EPO): Fewer than 1 in 7 inventors in Europe are women 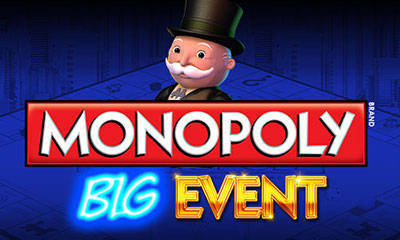 Latin America's countries have a huge role to play in promoting the continent's online gambling scene. Antigua and Barbuda's Free Trade and Prosecution Act of 1994 paved the way for online casinos and betting sites to expand their services in every part of the region. Other countries took action by forming regulatory bodies responsible for issuing gaming licenses and permits to operators.
Industry ・ 31 October 2022
Sounds and Colours

Gambling Is On The Rise In Latin America

Online Gambling Is Taking Off in Latin America

Online gambling is booming in Latin America. Uruguay, Argentina and Mexico are seeing significant growth in the gaming industry. Legalizing all types of gaming throughout Latin American would boost the continent’s gambling industry and the economy.
Law ・ 16 August 2022
Black Immigrant Daily News

What Are The Prospects For Online Casino Operators In Latin America In 2022?

Latin America is one of the most promising regions to start an online gaming company in 2022. Mobile gaming is particularly well-liked in these countries. There are regional differences in internet gambling laws and how much money online casino operators make.
Strategy Guide ・ 16 July 2022
Super Slots Casino

Konami expects no major development in regulations in Latin America in 2022. The company plans to expand sales of DIMENSION products throughout the region.
Strategy Guide ・ 13 July 2022
Yogonet

Slotegrator has released a new overview of the iGaming market in Latin America. The emerging markets of Latin American have great potential. Mobile gambling is especially popular here. The online gambling policy and income of online casino operators differ by country. iGambling software developer and aggregator SloteGrator keeps an eye on the development of this market.
Gaming Authorities ・ 08 June 2022
Tech Buzz Ireland

Where Is It Legal For Online Gambling In 2022

Nevada was the first state to legalise gambling in 1931. Online gambling has taken the globe by storm. It brings in substantial amounts of revenue. Canada real money2022 ranked among the top government income earners. Not all countries have legalised online gambling. This editorial provides in-depth coverage of where it is legal for online betting in 2022.
Gaming Authorities ・ 27 April 2022

SkillOnNet has partnered with Ortiz Gaming to strengthen its presence in Latin America. The content partnership focuses on the bingo segment.
Bingo ・ 18 January 2022
Yabby Casino

Gambling is a popular recreational activity in the world. The specifics of the laws and regulations surrounding gambling can differ from region to region. In the United States, Atlantic City, Reno, and Las Vegas are popular gambling destinations. Europe is not to be outdone as Malta and the UK have rich gambling cultures. Nordic nations are also known to have a thriving gambling industry. Finland’s games market brought revenues of $435 million last year. There were 2.8 million gamers registered in Finland. The roots of Finnish casino or suomikasino in Finnish language lead back to the early 80s.
Law ・ 10 December 2021
iGaming Business

Safer gambling in LatAm: Can markets raise standards as they regulate?

Online Gambling: How Popular is it in Latin America?

Gambling is a lucrative business. Latin America is one of the fastest growing gambling markets in the world. There are more than 300 million adults in South America that are allowed to gamble. Online gambling is popular in Latin American countries. It is not as popular as in Asia and North America. The gambling laws in Europe and Asia are stricter. Many consider the South American gambling market to be one the best places to bet after Europe.
Gaming Authorities ・ 05 October 2021
Yogonet

Slotegrator's report analyzes options for Australian investors to enter the iGaming industry. The rate of gambling participation in Australia is one of the highest in the world. Most forms of online gambling are widely available to Australian players, except for online gaming. Emerging markets offer great opportunities for offshore casino and sports betting businesses.
Finance ・ 05 August 2021

Online casinos are growing rapidly. In Europe, players are more or less free to enjoy whatever games they like. Online gambling remains illegal in some countries, such as the USA.
Games ・ 07 May 2021