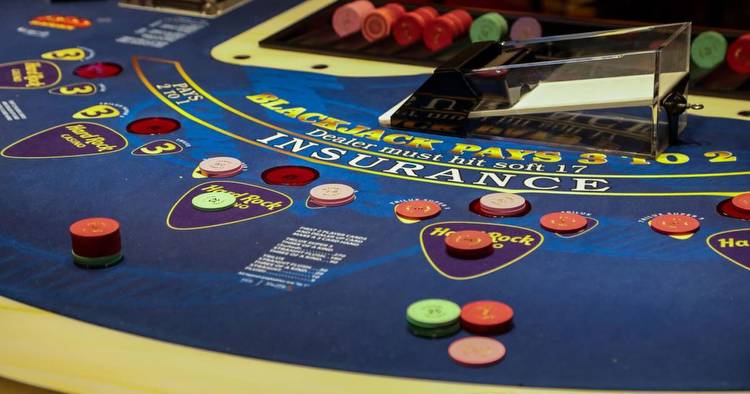 Higher than usual prices at gas stations, grocery stores and just about everywhere else appear to be leaving Hoosiers with less money to play with at the casinos in Northwest Indiana and across the state.

The falloff in casino earnings largely tracks with the nation's soaring inflation rate and the end of various federal COVID-19 relief and economic stimulus programs aimed at shoring up the post-pandemic economy.

But Indiana casinos potentially could see a win bump in coming months if the Republican-controlled General Assembly enacts Republican Gov. Eric Holcomb's proposal to return another share of the state's bulging budget reserves back to Hoosier taxpayers in the form of a $225 payment in July or August, on top of the $125 payments already being distributed.

IGC records show the Hard Rock Casino Northern Indiana in Gary remained the state's top-earning casino in May with $36.3 million in win. Its nearest rival, the Horseshoe Casino in Hammond, racked up $28.9 million in win, or 20% less than Hard Rock.

Though the May win at both casinos was down compared to previous months. Hard Rock's May win slid 5% from April and 6% from March. Horseshoe's win last month declined 9% versus April and 16% relative to March, according to IGC data.

A similar falloff occurred at the Ameristar Casino in East Chicago whose May win of $17.5 million was 13% less than its March win of $20 million.

Win shrank less dramatically at the Blue Chip Casino in Michigan City with just a 6% falloff between its $12.8 million in March win and $12 million in May.

Hard Rock Casino Northern Indiana President Matt Schuffert nevertheless proclaimed this May "was a great month" as the Gary casino's guests and employees celebrated the one-year anniversary of its May 14, 2021, grand opening as a land-based replacement for the former Majestic Star casinos on Lake Michigan.

Schuffert expects a strong summer concert lineup at Hard Rock Live, the relaunch of Fresh Harvest as a traditional buffet restaurant, and the return of a number of classic, reel-type slot machines on the casino floor will keep guests coming back to Hard Rock again and again.

Indeed, Hard Rock saw more table game play ($51.7 million) and more money put into its slot machines ($248.7 million) during the month of May than any other casino in the state.

Horseshoe was second in the state for table game action with $30.1 million. But Horseshoe's slot play of $225.8 million was third behind its sister casino, Horseshoe Indianapolis, at $230.9 million.

Enthusiasm for sports wagering also swooned a bit in May with Hoosiers risking $308.4 million on sporting events, compared to $360 million in April, data show.

Records show Blue Chip remained ahead of Ameristar Casino for sports wagering handle in May with $92 million, primarily through its FanDuel mobile sports wagering affiliate.

But Ameristar, Indiana's perennial sports wagering leader, remained a close second by taking in $87.6 million in sports bets last month, thanks in part to its affiliation with DraftKings.

In total, Indiana in May reaped $67.5 million in tax revenue from slot machine and table game play, and another $2.9 million from settled sports wagers, according to the IGC.

NWI casinos report strong February revenues; all state casinos up 48%. All four casinos posted year-over-year increases in revenues. Hard Rock Northern Indiana in Gary raked in $31.58 million last month. Ameristar in East Chicago and Horseshoe Hammond also scored higher revenues than last February.  Hard Rock again led the state in total revenues and table win, which brought in $9.4 million. It was the first month since it opened last May that it led in slot volume and slot win. The baccarat business was also strong.
Finance ・ 15 March 2022