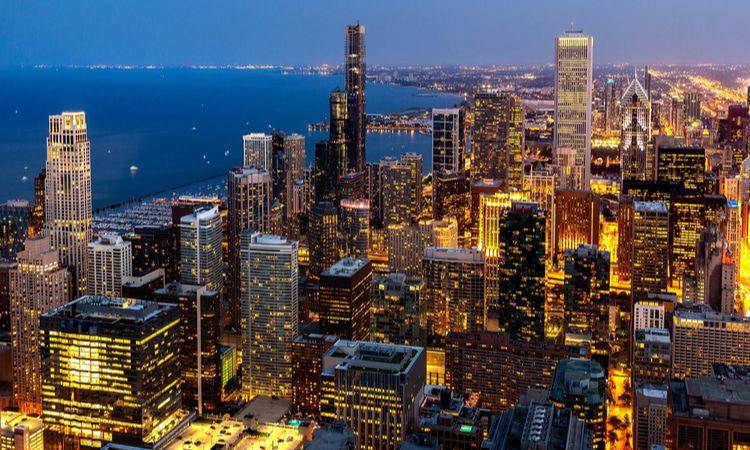 Illinois venues in play posted a 15.9% increase in April revenue to $122.4 million. The state received $21 million in tax receipts from casino gaming in the first four months of the year. Bally's was selected as the city's preferred operator on May 5. Chicago City Council could vote on the proposal next week. The Special Committee on Chicago Casino is meeting on Friday. It is expected to delay the vote until Wednesday.

Illinois casinos reported more than 806,000 admissions to casinos in April. Hard Rock's temporary venue in Rockford reported the biggest increase with a 9.4% jump to nearly 40,00 people. Rivers generated close to $17.5 million in table games revenue for April, accounting for nearly 60% of the state’s overall $29.6 million. Grand Victoria Casino in Elgin was the only other venue to account for at least 10% table game revenue.

Nine of the state's 11 casinos saw a rise in EGD revenue from March to April. Grand Victoria's revenue dropped 2.6%, but it still came in second place behind Rivers. Rivers generated nearly $28.8 million in slots revenue. Harrah's Joliet earned the most revenue per admission at $156.51.

Illinois Gaming Board reports $327.4 million in revenue from casino gaming and video gaming terminals in June. There were 745,546 admissions across the state's 11 revenues, nearly 50,000 fewer compared to May. The state collected $86.2 million from the two wagering disciplines.
Finance ・ 28 days

Bally's Corporation is the winner of the contract to build and operate the first casino in Chicago. The project would be built on the site of Tribune Publishing Center near Grand Avenue and North Canal Street. It would include a 3,000-seat theater, Immerse Agency exhibition experience, 500-room hotel tower, six restaurants, an adjacent outdoor park, and outdoor music amphitheater.
Politics ・ 10 May 2022

Illinois Casino and VGT Revenue Bounced Back Strongly In March. Casino revenue in the state of Illinois reached nine figures for the first time in 2022. The state collected $17.6 million in tax receipts for March and $39 million for three months. Sports wagering in Illinois has generated $101.8 million and $15.2 million so far this year.
Finance ・ 15 April 2022

The first public hearing on the city's casino-resort and entertainment space is scheduled for December 16th. The city received five proposals for the project last month. Five potential locations for a casino are listed: the Chicago Tribune Publishing Center, a plot of land south of McCormick Place, the “ONE Central” project site, west of Soldier Field and the building at McCormack Place.
Land-based ・ 26 November 2021