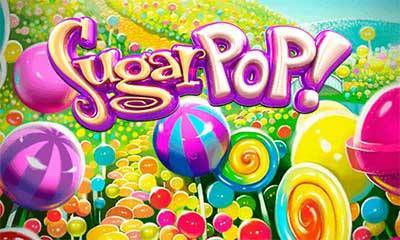 How Do Online Casinos Prove They are Fair?

Online casinos are becoming ever more popular. You simply need to head over to top comparison sites such as casinosource.co.uk which promise the best bonuses from the best casinos. But how do we really know that the casinos we trust our money and information with are fair? Do we just take their word for it?

Well, no. We can see for ourselves before we even think of signing up and playing on the site. It is in everyone’s best interests for a casino to make it clear how and why they are trustworthy and fair and here are the ways in which they do so.

When you play at a casino table, you can see the cards being dealt etc. However, online video casino games are run by software, and you need to know that the software isn’t rigged for you to lose. The way they ensure fairness is by using Random Number Generators and advising players of the game’s Return to Player (RTP) rate.

What is A Random Number Generator?

The RNG is what determines how random and fair the result of a game is. Some very complex software will use a code which generates a string of random numbers. All of the strings of numbers are independent of each other which means that there is an equal chance of winning or losing on every single spin, no matter what happened on the spin before. This is the same for online card, dice and roulette games as well.

RNG software is always separate from the casino’s web server so a casino cannot tamper with or affect the outcome.

Whenever you open an online casino game you will be able to see its RTP – Return to Player rate. This tells you how much of the money spent on the game is paid out in winnings over a long period of time. So, if a game states that its RTP is 96% then for every £100,000 played on the site, the casino pays out approximately £96,000 in winnings.

This doesn’t guarantee that you will win £96 if you play £100, but it works out in the longer term. In addition, this always ensures that the casino will keep 4% of whatever is played so they always have the house edge and don’t need to rig the games.

How The Games are Tested

Again, we never have to take the casino’s word for it. They can’t just put a high RTP up on their site. A licensed casino will always need to be tested regularly by an independent third party to make sure that the RNGs are working properly and the RTPs are accurate. To do this, it will test the slot or casino game millions of different times to see if it matches up with its quoted RTP. If they agree that the RTP they claim is accurate, then the casino game is considered fair and unbiased.

As well as this, all of the casino games will be officially tested before the casino is given a licence to operate legally. As such, you can rest assured that if the casino is licensed by the UKGC, its games have been tested thoroughly. UKGC are stricter than other commissions which is good for us as players.

Although every region has its own different gambling commissions to ensure that the casinos are licensed and regulated (with the UK having the UKGC), independent third-party companies test the games for fairness. In the UK, the main one to look out for is eCOGRA – eCommerce and Online Gaming Regulation and Assurance. This is a UK-based accredited testing company that works with the best gambling commission in the world. If the site has an eCOGRA logo on it, it’s fair!

So, hopefully, you can now spot a real deal casino from a dud! If you play at a UKGC-licensed online casino that has been certified by eCOGRA then you can play safe in the knowledge that the games are fair and random – and you have a real shot at the jackpot

Relax Gaming fans rejoice as have prepared a list of their top slots with the highest RTP value.😎🎉 🔗 How To Choose A Reputable Casino: Safe Gaming Advice

How to choose a reputable casino is the article on safe gaming advice. It's important to find a casino that offers a safe environment and plenty of exciting games.
Trust and Safety ・ 28 September 2022
Scified

Software providers are the main building blocks of online casinos. They are responsible for developing programs that power gambling sites and design games for different operators. The list is narrowed down to the following game providers based on their impact, market size, and contribution to the sector.
Games ・ 20 days

Why Are 'Provably Fair' Casino Games Taking Over the Traditional Casino Slots?

Provably fair games are casino titles that allow you to verify the fairness of outcomes. They are a result of cryptocurrencies and blockchain technology. This type of gaming helps you identify a legitimate casino.
Games ・ 13 June 2022
Study Breaks

Are Online Casino Games Fair? There are a lot of online casinos and games with attractive welcome bonuses or free spins on registration in UK.
Games ・ 25 April 2022
Super Slots Casino

Playing real money slots has become easier than ever thanks to developments in online technology. Online casino players have two main concerns about the games they are playing: fairness and data protection. Casinos that are licensed by reputable regulators adhere to the highest standards. The industry has to embrace and implement the best security technologies available in the commercial sector. This helps casino operators to establish their integrity. It also ensures that customers are using games that they feel are fair and that their financial and personal information is protected at all times.
Trust and Safety ・ 22 December 2021
NewsWatch

Why Independent Audits Are Crucial for Gaming Websites

Online gambling industry is worth billions. Regulators mandate independent testing for licensed operators. Independent audits are necessary to ensure the quality of online gambling sites. The guide explains why. why auditors are crucial for gaming websites. It explains the benefits of regularly audited websites and why they are needed.
Plinko Games ・ 20 December 2021
Montreal Times

How to ensure that you're playing at a safe casino

Learn how to detect a fake online casino. Learn how not to play real money online games. An illegal online casinos will have a rogue operator, pirated games, a terrible payment record, and other problems.
Trust and Safety ・ 28 November 2021

How do you choose a casino not on Gamstop?

Gamstop is a charity aimed at combating gambling addiction. Some players support the idea, while others are looking for non Gamstop casinos. The sites cooperating with GamStop impose restrictions on users.
Gambling Addiction ・ 25 November 2021
Yabby Casino

Why are Brits attracted to Casinos not registered with GamStop?

Before registering in an online casino, you should check its protection and credibility. GamStop is a service that offers all gambling activities to players around the globe. British players are increasingly looking for casinos, not on Gamstop.
Gambling Addiction ・ 12 November 2021
Tech President

Are There Organisations That Monitor Online Slots Websites?

The UK online slots market was worth nearly £10 billion between 2018 and 2019. Online slots websites have gained a massive following in the UK in recent years. There are organisations that monitor online slot websites.
Gaming Authorities ・ 09 November 2021
The African Exponet

How to Choose the Best Casino in UK

Online gambling is a lucrative industry. UK residents can choose from hundreds of sites. Only some of them protect personal data and deposits. Follow our guide to find the best place to gamble at.
Strategy Guide ・ 06 October 2021

Non GamStop Sites: Everything You Need To Know

Non GamStop casinos are licensed outside the UK. They offer the same games and winning opportunities as Gamstop casinos. There are some differences between them and Gamstops.
Strategy Guide ・ 16 August 2021
Bravewords

Online gambling is booming in Poland. Most Polish punters prefer international casinos to their-state run counterparts. There are many unreliable and trustworthy online casinos. Aleksandra Maj has compiled a guide on how to choose a reliable gambling site. For more useful materials visit KasynoHEX.
Strategy Guide ・ 03 August 2021
Fingerlakes1

Live Dealer vs RNG: Which is Better?

There are two types of online casino games: live dealers and RNG. Both offer their benefits and downsides. Let's take a look at how these games work to help you decide which method is better for you.
Live Gambling ・ 15 December 2021
Malta Today

There are differences between UKGC and independent online casinos. Some players prefer independent casinos because they believe they are more responsible for what happens. The fact that independent operators have a license from another body that monitors and supervises the site is not the reason why they're preferred.
Law ・ 14 May 2021

How are online casino games tested for fairness?

Live casinos are a new kind of entertainment growing in popularity. They are great option for players from countries where gambling is mostly prohibited. In Japan, people have no possibility to visit ground-based casinos because of the law restrictions. Asian players seek trusty live casino online (in Japanese: ライブカジノオンライト) on the Internet and try the atmosphere of real casino gameplay.
Live Gambling ・ 01 November 2021