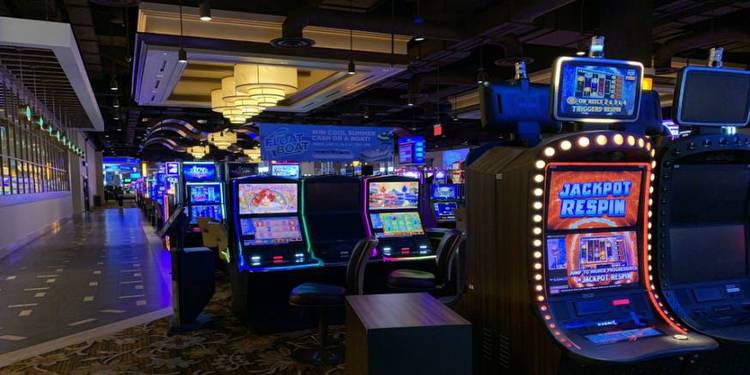 WAYLAND TWP. — Gun Lake Casino has revealed a $300 million plan to transform its property near Wayland into a hotel resort reports WOOD-TV 8.

The expansion is expected to include a 250-key, four-diamond hotel with suites, rooms, a restaurant and a full-service spa.

The casino also plans to create its own version of a year-round island oasis with a pool enclosed in a glass dome, hot tub, private cabanas and a “nightlife entertainment space” with live music, DJs and dancing.

Gun Lake Casino President and Chief Operating Officer Sal Semola says the project is the largest in the casino’s 10-year history and will support the surrounding community by providing more jobs.

Nearby cities and townships also benefit from Gun Lake Casino’s growth through revenue sharing, which has totaled $35 million over the casino’s decade in business, according to the Gun Lake Tribe.

The casino has generated $2.8 billion for Michigan’s economy since it opened on Feb. 10, 2011, according to a report released by the tribe in February. In that report, the group said it’s invested $415 million in the casino while directly paying $502 million in wages.

Gun Lake Casino is in the midst of a $100 million expansion, which will add two restaurants and space for an additional 450 slot machines, 12 new table games and a larger nonsmoking area.

The amenities announced Monday will take shape on approximately 250,000-square-feet of property between the current casino and US-131.

The Gun Lake Tribe expects to begin the newly announced expansion as soon as its current construction project wraps up, which is expected late this summer. 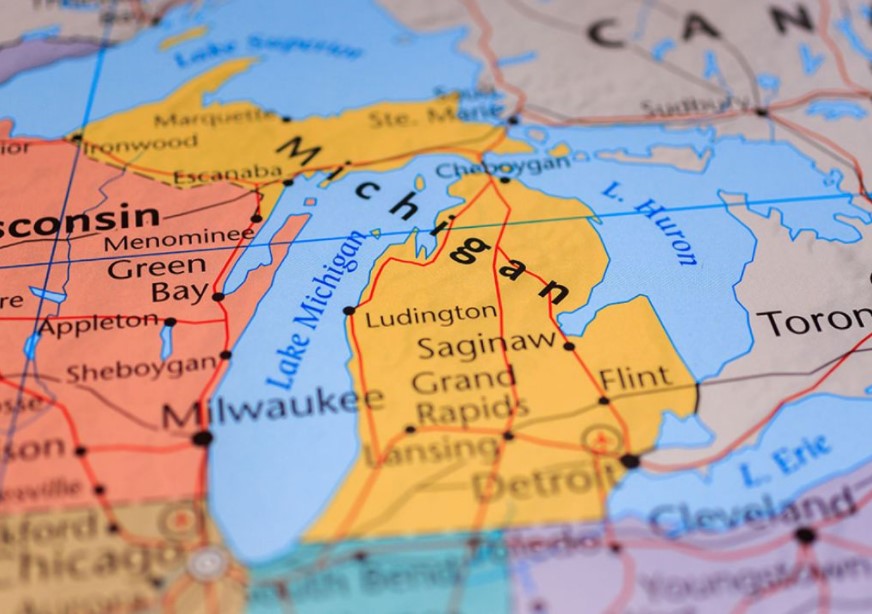 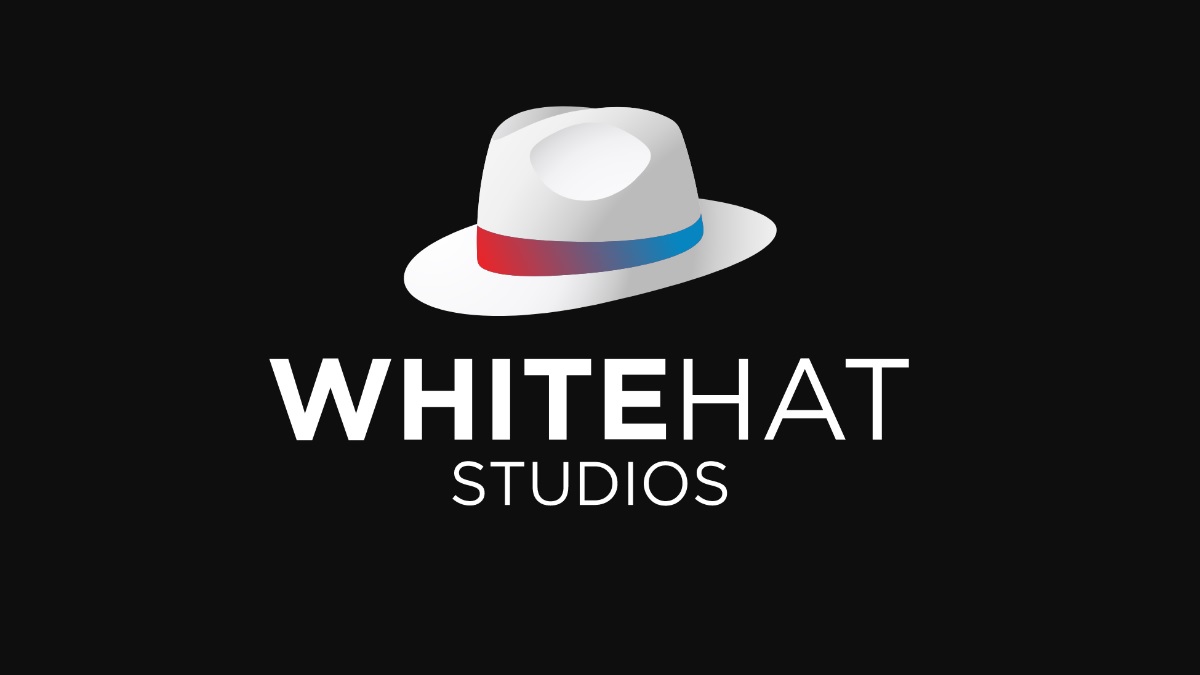 Jamul Casino has hired Scott Lake as its new Chief Marketing Officer. Lake has an MBA and BS in Hotel Administration from the University of Nevada, Las Vegas. He is a Professional Certified Marketer in Digital Marketing and a Certified Digital Marking Professional. His professional background includes 13 years with Caesars Entertainment, the largest casino-entertainment company in the US. For eight years until 2020, Lake was a part of Sands China, largest operator of integrated resorts in Macao. Before joining Jamul, he was Managing Consultant at Kognitiv Corporation.
Industry ・ 23 days

Lam Vongsakoun has been named new vice president of hospitality at Gun Lake Casino. He will oversee the casino's food and beverage operation and a new hotel expected to open in March 2025. Vongsakou has worked in the hospitality industry for over 25 years. The casino opened in 2011 and is owned by the Gun lake tribe. It broke ground in May on a $300 million project that will add a 15-story hotel and large-scale “Aquadome” with three pools and the ability to transform into a concert venue and banquet center.
Travel ・ 17 August 2022

Gun Lake Casino is planning a 300 million dollar expansion. It will add a 15-story hotel and a 32,000 square-foot aquadome to the venue. The expansion will be concluded by 2025. The hotel will offer 252 exquisite rooms to visitors. There will also be a restaurant, luxury suites, and spa. In September, the casino completed its 72,00 square foot expansion and added more sporting and live event seatings.
Sports ・ 18 May 2022

Gun Lake Casino will host a groundbreaking ceremony to celebrate the beginning of its Phase 5 $300 million expansion project. The plans include a brand-new 15-story hotel with over 250 guest rooms and an aquadome.
Travel ・ 18 May 2022

Gun Lake Casino is hosting a groundbreaking for a $300 million expansion. The expansion will bring a 15-story, 252-room hotel and a 32,000-square-foot “aquadome” containing three pools. It is expected to be complete by March 2025. Gun Lake opened in 2011. In September, the casino opened a 72,00-sq-ft expansion featuring more seating for live concerts and sporting events.
Sports ・ 18 May 2022

Sal Semola has been the president and COO of Gun Lake Casino for 4.5 years. He was promoted to CEO position this month. The expansion will add a four-diamond hotel and a new poolside entertainment venue. Semolola hopes to attract more regional customers to the property. The casino is situated off U.S. 131 highway between the metros of Grand Rapids and Kalamazoo. It is also an employer of choice. "The Council and I are proud of the progress Gun lake Casino has made through the years with Sal at the helm," Tribal Chairman Bob Peters said.
Industry ・ 12 April 2022

Osage Casino releases renderings of proposed project. The project is expected to be completed in multiple phases with an estimated $60 million investment in the region. It includes construction of a casino, sports bar, restaurant, and meeting space. Also, it includes a hotel, which will have general hotel rooms, suites, a fitness and exercise facility, pool and hot tub, bar and a pool. Construction is scheduled to start upon approval from the United States Department of Interior. The Osage Nation once thrived in Missouri with a population of as many as 200,000 members of the Osages.
Industry ・ 17 February 2022

Gun Lake Casino donated $4,000 to Allegan County Sheriff's Department to help cover the cost of K-9 training. K.9 Lajki is retiring in March because of health issues. Two of the other three dogs are due to retire over the next few years. The donation will go toward training Alalgan's 3-year-old German shepherd, Thor, and his new handler, Deputy Scott Vereeke.
Incidents ・ 08 January 2022

The San Manuel Band of Mission Indians is renaming its Highland area casino Yaamava’ Resort & Casino at Sanman. The tribe began its gaming operations in 1986 and as it expanded became known as San. Manuel Indian Bingo and Casino before shortening its name to San Manuel Casino in recent years. The forthcoming opening of the hotel and entertainment center represents a transformational effort for the tribe. It is important to honor their ancestral lands and culture. Tribal gaming is about enhancing the community and the gaming revenues enhance the tribal community. it is a very different way of understanding gaming and welcoming guests.
Religion ・ 19 October 2021

The Gun Lake Tribe has invested $415 million in the property since opening. The expansion adds 450 more slot machines and electronic table games. It also makes the restaurants and entertainment areas closer to 129th Avenue for greater convenience and enhanced curb appeal. Throughout the 10-year history of the casino thousands of jobs have been created and millions of dollars spent.
Incidents ・ 22 September 2021

Gun Lake Casino in Wayne County, Michigan, announced a $100 expansion project in October of 2019 with a completion date of summer 2021. The expansion was officially completed in September of 2021 and doubled the size of the gaming floor.
Sports ・ 21 September 2021

Caesars Entertainment plans to bring its Isle of Capri Lake Charles property ashore in fall 2022 as Horseshoe Casino LakeCharles. The riverboat casino was damaged during Hurricane Laura last year. It was the first riverboats casino in the southeastern U.S. state to gain approval to move to dry land.
Poker ・ 20 August 2021

Inside Gun Lake Casino’s expansion: 10 features to look for

Gun Lake Casino is getting ready to open a $100 million addition. The construction started in October 2019. Jose Flores is most excited to add 200 employees to the team of 1,000 people. He hopes a car giveaway for newly hired workers will widen the pool of applicants. Wages for tipped employees have been increased by 30%.
Sports ・ 12 July 2021

Gun Lake Casino is offering a new SUV to the first employee hired by October 1st and in good standing as of December 1. The casino is looking for 200 new employees. It is expanding and re-staffing after the pandemic. There will be recruitment events on Tuesday, July 6th and Wednesday, 7th.
Bonuses ・ 07 July 2021

Gun Lake Casino raises minimum starting wage for all positions. Non-tipped positions will receive at least $14 per hour and tipped positions $7.40 perhour plus tips. The casino is preparing for the grand opening of a $100 million expansion scheduled to open at the end of this summer. It will hold three recruitment events in June to fill needed positions for food and beverage, table games, slots, cage, operations and security.
Strategy Guide ・ 17 May 2021

Gun Lake Casino is increasing its starting minimum wage for non-tipped positions to $14. The casino is also increasing the minimum for tipped positions from $7.40 to £7,40. It is hosting three recruitment events next month ahead of the opening of a $100 million expansion.
Winnings ・ 17 May 2021