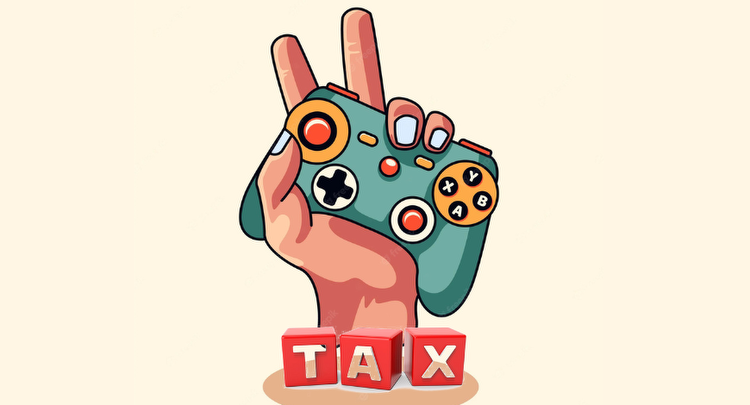 Karnataka Chief Minister BS Bommai, a member of the Advisory Group of Ministers (GoM) on the issue has, however, announced that this decision has been deferred.

Industry players have suggested that the blanket hike would also essentially undo all the progress the industry has made in the classifying games-of-skill, vs. games-of-chance

"Currently, the GST rate on online gaming falls within 2 slabs – 18% and 28%. Online games that involve financial betting, or gambling attract 28 percent GST while other online games, are taxed at 18 percent. Online gaming platforms which typically earn commission are also liable to pay GST at the rate of 18 percent on their commission.", says Mr. Siddharth Surana, Director, RSM India

A rise in tax rates on full contest prices could also mean that gaming companies are forced to charge more for their uses, leading to an inflated ecosystem

"A higher GST rate of 28% as against 18% would have an impact on the profitability and pricing of the online gamers, and many players may need to pass on these rate hikes to their loyal community of online gamers. It would be interesting to also understand the GoM’s recommendations on certain types of online gaming such as online learning games, trivia quizzes etc. which assist in education and distance learning.”

"The GST Council's decision to ask the GoM to reconsider its report on online gaming, casino and race courses is a welcome decision. The narrow point that the GoM should reconsider is the method of valuation of online gaming services. In line with global practices, GST should be on the platform fee or commission retained by online gaming platforms and not the contest entry fee," said technology & gaming lawyer, Jay Satya.

“Such a step is not only in dissonance with international best practices but is also violative of the principles of GST. Essentially, the online skill gaming operators are platforms, which bring players from various geographies together. The money pooled is eventually distributed to the winning player. The platform charges a predetermined fee, known as GGR, and pays tax on that. If you were to charge an increased tax rate on the entire quantum (pooled money plus commission), it is not only principally incorrect but will also annihilate this sunrise sector,” said Sameer Barde, CEO of EGF.

- #India: GST Council to discuss gambling tax in September The GST Coucil has postponed its meeting to allow a group of ministers (GoM) to complete its review of #gambling taxation.

AOJND: The Romanian government is only taxing winnings of online gaming platforms, gaming operators are to contest

Currently, 18% GST is levied on the commission collected by the online skill gaming platforms. The Indian gaming market is expected to grow from its current valuation of $2.2 billion to $7 billion by 2026. The government has set up an inter-ministerial task force (IMTF) and MeITY has held consultations on regulating the industry. It is the sunrise sector with significant potential for overall economic growth, employment opportunities and contribution to the government’s vision of a trillion-dollar digital economy by 2025.
Law ・ 15 days

The Internet and Mobile Association of India (IAMAI) has issued an open letter urging the Central Government and the GST Council to preserve the status quo regarding Goods and Services Tax levy on online gaming. Currently, online game companies are charged 18 percent GST over their Gross Gaming Revenue (GGR). The Contest Entry Fees (CEF) are tax free. The Group of Ministers (GoM) which was formed in May last year by the Council recommended a uniform 28 percent levy for all gaming varieties. IAM AI calculates that the implementation of such a recommendation would increase effective taxation by 1,100 percent and destroy the Indian online games industry.
Industry ・ 16 days

The panel of ministers advising the government on GST for online gaming, casinos, and horse racing will meet again on July 12. The panel will finalise recommendations on the tax rates for these activities. Online gaming industry associations are concerned about the proposed tax on Full Contest Pool rather than on Gross Gaming Revenue (GGR). The Government has delayed the decision by 15 days. The final decision is expected to be in favour of the gaming industries. It is hoped that the panel's recommendations will be more favourable to them. They are worried about a higher GST rate of 28 percent as against 18 percent.
Industry ・ 08 July 2022

GST Council has deferred a decision on a 28 percent tax on casinos, online gaming, horse racing and lottery pending more consultations with stakeholders. The council will meet again in the first week of August to decide on the issue. Goa and some others wanted to make more submissions. GoM recommended that online games should be taxed at the highest rate of 28%.
Lottery ・ 30 June 2022

GST Council has sent the proposal to levy a 28% tax on online gaming, casinos and horse racing back to a Group of Ministers. The GoM has been asked to submit its report by July 15 and it will be taken up in the next GST council meeting in Madurai in first week of August. Goa government had objected to the recommendations during the Gom proceedings. According to existing rules, the three activities are to be taxed without differentiation at 28%.
Finance ・ 30 June 2022

The Goods and Service Tax Council deferred a decision on the proposal to raise the GST on online gaming from 18% to 28%. Karnataka chief minister BS Bommai said the GoM on Online Gaming has been given another 15 days to discuss the issue. Online gaming is a Rs 30,000 crore industry and growing rapidly in India.
Finance ・ 29 June 2022

A ministerial group is advising the Goods and Services Tax Council on taxing casinos, race courses and online gaming. The current 18% tax rate is based on the premise that online games involve skill and do not constitute gambling. It is yet to decide whether the tax will be imposed on gross or net valuation. India is one of the fastest-growing markets for online game. Technology giants like Microsoft and Meta of Facebook fame are placing big bets on online gambling to propel their growth. High courts in Karnataka, Kerala and Tamil Nadu have struck down laws that banned online video games.
Industry ・ 13 May 2022

Basavaraj Bommai is frustrated with the lack of implementation of a law to ban online gambling in Karnataka. The All-India Gaming Federation challenged the amendment in the High Court. It was struck down in February this year. Bommai was determined to implement the law. He has seen families ruined due to betting and gambling. He was Home Minister. An online gaming operator offered to provide free Covid-19 vaccines to one lakh people in Shiggaon Assembly constituency. K R Ramesh Kumar expressed concern over betting during IPL cricket matches.
Industry ・ 15 March 2022

Karnataka introduced a law to ban all forms of online gambling in the state. The law was passed after a public interest litigation (PIL) filed. Offshore gaming operators were taking advantage of residents in Karnataka.
Covid ・ 10 October 2021

Trader's body CAIT has written to Karnataka Govt. to ask them to reconsider the bill to ban online gambling. CAit says the proposed bill does not distinguish between ‘game of skills’ and “game. of chance”. There are 90 gaming companies and developers with 4000 employees in Karnata that would be directly impacted with the new law. The trader's association also mentioned that the ban would also affect Prime Minister Narendra Modi's ambitious Atmanirbhar Bharat project. It provides for a maximum imprisonment of three years or fine of up to Rs one lakh for any violation.
Law ・ 20 September 2021