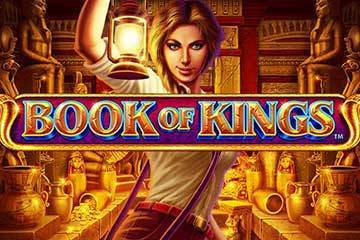 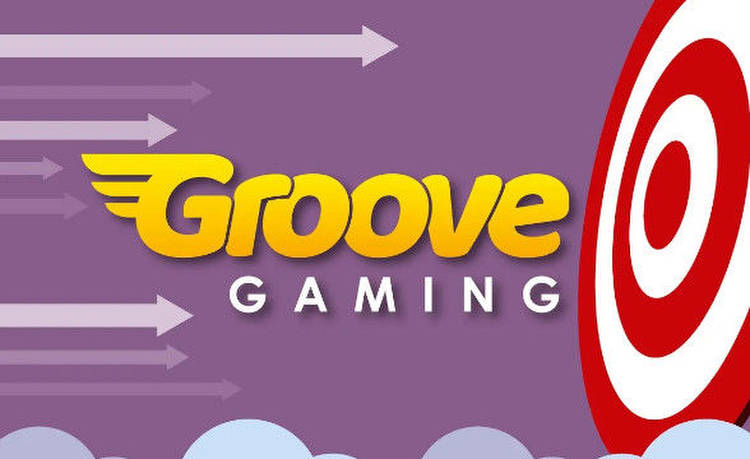 Groove has signed a content distribution deal with Spinomenal. The deal includes Spinomanal's MGA license. Groove achieved the ISO27001 milestone. The company was founded in 2016 by Yahale Meltzer and Gil Strauss. It distributes content that uses a proprietary plug-and-play format mixed with state-of-the-art technology. 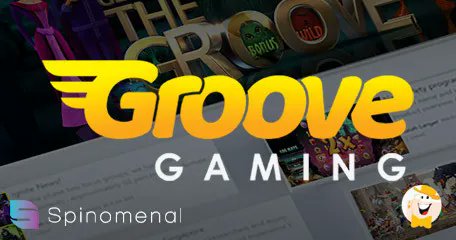 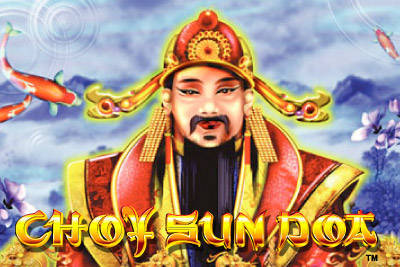 Platform and aggregator Groove to get their groove on at iGB Live! in Amsterdam

iGB Live! 2022 is a multi-day event being held between the 5th and 8th July at the RAI Exhibition and Conference Centre in Amsterdam. There will be over 4,500 attendees and in excess of 200 exhibitors. The conference sessions are built and managed by a crack team. iGB Business is one of the leading content and news providers in the industry. Groove is an end-to-end turnkey and game aggregation solution for online casino operators. This year Grove celebrates six years of service to operators and continues to deepen relationships with a host of stakeholders.
Industry ・ 6 days
European Gaming

Groove will distribute Spinomenal's games licensed by Malta Gaming Authority. Spinomanal has a portfolio of more than 200 HTML5 games renewed monthly with 8 to 16 new releases. The company has been growing rapidly for several years. It has secured licenses in many international jurisdictions and is planning to enter more regulated markets. It was awarded the ISO 27001 certificate earlier this year. Groove is the content provider of choice to a cluster of over 70 operators. They have brought innovative content to the market under the new MGA partnership.
Law ・ 13 days

KA Gaming goes live on Groove platform with 400 games. KA Gaming is one of the largest games providers in Asia. They have released six games this month. Their portfolio supports over 100 currencies and 96% of players like it. Ka Gaming’s slots are considered fair and attractive to players around the world. The company has a portfolio that includes hundreds of slots, fish games, baccarat, super video poker and super keno. It was founded in 2014. Its games are for the land-based, online and mobile casino markets. There are 18 fish-shooting games in the portfolio.
Mobile ・ 25 May 2022
Super Slots Casino

Groove find their groove with RubyPlay

Groove has extended its collaboration with RubyPlay. Ruby play is a leading developer of online slots serving over 600 casino brands and millions of unique players monthly. Upcoming releases include the much anticipated Golden Forge and Diamond Explosion 7’s. Groove is an online casino management system. It's based on the GroovesHub, which offers API and instant access to leading suppliers in the iGaming industry. It also has an easy-to-use multifunctional back-office that powers performance. The platform includes thousands of casino games and a wealth of aggregated content.
New Year ・ 11 May 2022
European Gaming

Spinomenal has launched its revolutionary shared Universe project with three new titles, Demi Gods IV – Thunderstorm, Wolf Fang – Iron Wolf and Majestic King – Sunset. The games are developed from the adventures within the Demis Gods, the Wolf Pack and the Majestates Beasts series. Promotional activities will feature prominently and regular Network Tournaments will be held. First game to make its debut is Dem i Gods 4 –Thunderstorm and it will launch on Tuesday 2nd May 2022.
Tournaments ・ 27 April 2022
European Gaming

Groove is supporting Evoplay, an award-winning iGaming developer from Cyprus. Evo was recognised by the Malta Gaming Authority. Groove's platform includes thousands of casino games and a wealth of aggregated content. Evotlay's portfolio contains over 160 slots, table, and instant games. The company's CEO Ivan Kravchuk was awarded with Leader of the Year by SBC. He believes that working with Grove gives them a sense of sustainability. It is a direct demonstration of how Grooves content portfolio is highly differentiated and capable of responding to global market events.
Malta ・ 07 April 2022

Groove has signed a deal with CT Interactive to add over 190 HTML5 games to its platform. CT is a games developer and was recently awarded the Online Systems and Solutions Award at the 11th BEGE Expo Annual Awards. Groove is an online casino management system offering extended services to every operator who wants to offer casino games, sportsbooks, bingo and lotteries. It's based on the GroveHub and GroovesOn. The latter was launched earlier this year. GrovesHub offers API and instant access to leading suppliers in the iGaming industry.
Sports ・ 01 March 2022
European Gaming

KA Gaming partner with Groove to supercharge the future of iGaming

Groove has announced an ambitious partnership with KA Gaming. Ka Gaming is an experienced HTLM5 content developer. Founded in 2014 and headquartered in Taiwan, K a Gaming has released a number of slots games for the land-based, online and mobile casino markets. The portfolio supports over 100 currencies, including many cryptocurrencies. With an average RTP of 96%, K A Gaming’s slots are considered fair and attractive to players around the world. Groove is a platform and aggregator offering extended services to every operator who wants to offer casino games, sportsbooks, bingo and lotteries.
Industry ・ 17 February 2022
European Gaming

Spinomenal has announced a new distribution agreement with 888casino. The new agreement will see a selection of Spinomenals’s slots titles launch on 8888casinos. Majestic King, Age of Pirates, Poseidon”s Rising, Queen of Ice and Book of the Divine are among the games that are now available to enjoy through the 8 88casinos platform.
Industry ・ 01 February 2022
European Gaming

Groove launched its platform in Q4 2021 and has already integrated a number of operators from around the world. Groove has built a powerful operator cluster around its technology and is supported by one of the strongest technical teams in the industry. The platform will be expanded to incorporate evolving business intelligence software and analytics, new promotional tools, a studio self-service and additional content to strengthen operator capabilities in global markets. Grove’s powerful platform includes thousands of casino games and a wealth of aggregated content. It is designed to drive player engagement and revenue.
Sports ・ 27 January 2022

Aggregator Groove has signed a deal with Matrix Studios. Matrix's games are certified for a variety of jurisdictions, including UK, Portugal and MGA. The deal includes new releases such as Dark Potions, Wild Joker, Bow Wow, Pretty Diamonds and mummified Mysteries. Grove provides a holistic set of solutions for multichannel B2B iGaming covering online and mobile gaming across all devices. It is the content provider of choice for over 70 operators and a host of big industry. Grooves platform includes thousands of casino games and an easy-to-use multifunctional back-office.
Christmas ・ 23 December 2021
Golden Casino News

Groove gets into the bingo groove with Metronia

GrooveGaming has teamed up with a global leader in video bingo Metronia. Metronsia is the developer of Bingo Totall and BingO Choice. Groove is a technology services provider to the iGaming industry. It has 5 key pillars: Platform, Aggregator, Games, GroveOn (admin backend), and Sportsbook. It is powered by technology innovation. The new partnership will significantly extend the distribution of Metronicia's games. They will also cultivate new opportunities with Grooves' cluster of tier-1 operators.
Bingo ・ 19 October 2021
European Gaming

GrooveGaming partners with Incentive Games. In Centrifuges has a presence across five continents. Groove Gaming is an aggregator and platform. It is powered by technology innovation. Its products enhance customer experience and engagement, improve retention, encourage extended play and produce a higher yield. The company recently celebrated the progress of their flagship Single-Game Fantasy Sports Product. They are offering a daily prize to players. GroveGaming is the aggregators of choice around the world. There are thousands of games to choose from.
Sports ・ 06 October 2021
Casino News Daily

Videoslots has added Spinomenal to its list of developers that provide it with content for its games lobby. Spinomann has a portfolio of more than 180 releases that are available in a wide number of markets under the company’s license from the Malta Gaming Authority.
Gaming Authorities ・ 03 September 2021
World Casino News

Groove Gaming has added a new game developer to its aggregator, Dragon Gaming. Dragon Games is a Manila-based developer of HTML5 slot titles. The games are available in over 25 languages and more than 25 currencies, including cryptocurrencies.
Industry ・ 25 August 2021
Casino News Daily

Betzest has added Spinomenal's content to its online casino and sports betting offering. The company will diversify its library of online casinos content with the addition of products from more leading suppliers. The new strategic supply deals are expected to be concluded by the end of the third quarter. Betzests offers a varied library from some of industry's leading companies, including NetEnt, Microgaming, Yggdrasil, Playson and more.
Games ・ 19 August 2021
Golden Casino News

Gaming Corps has teamed up with GrooveGaming to bring more market exposure to its collection of real-money games.
Sports ・ 07 August 2021
Inkedin

GrooveGaming has signed a partnership with the GAC Group. Gac Group is best known for its brand playnumbersgame.com. GG is one of the largest aggregators in the industry. Its network is capable of delivering top-performing content from over 60 leading experts and studios in game production. It has partnerships with EveryMatrix, iGP, Digitain, GoBet, ProgressPlay, Hub88, QTech, Alea, Quickfire, BetConstruct and more.
Industry ・ 20 December 2020
Yogonet

Pragmatic Play has its Slots and Live Casino verticals supplied via Groove Gaming. The offering will include popular titles such as The Dog House Megaways, recent launches such and Emerald King and Wild Walker. Grove Gaming's platform includes over 5,000 casino games and aggregated content. The company’s entire portfolio is available through a single API integration. Pragmatic Play delivers up to five new slot titles a month and an extensive range of Live casino and Bingo products.
Baccarat ・ 23 October 2020 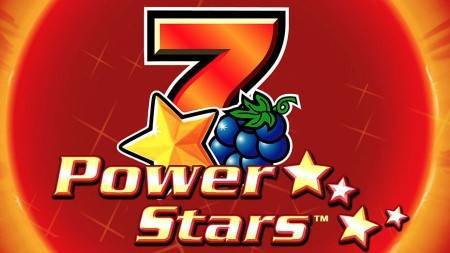